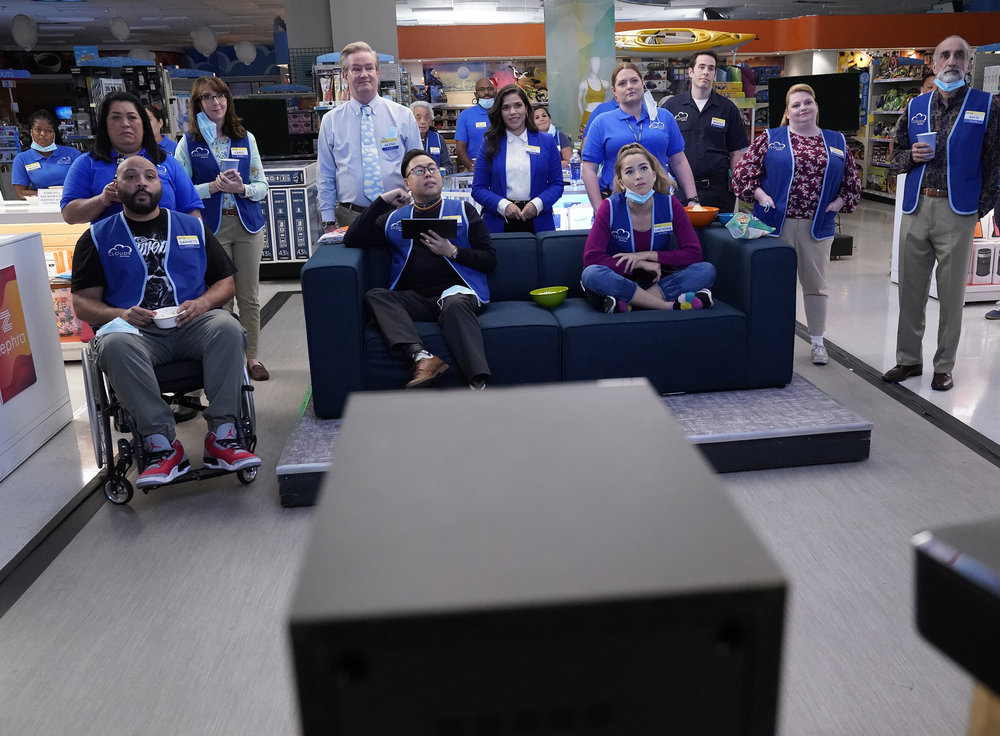 It was Amy’s last day and while we tried to be happy about it, we couldn’t. But we will admit it was nice that Glenn would be stepping back up as manager. Though it was nice to see everyone else in the store tell Amy how much they would miss her and how much she meant to them. But we’re still not happy about the situation. Especially the Jonah and Amy situation. So read on for our Superstore 6×02 review!

Let’s just get the most hurtful part out of the way. Even when they decided to go their separate ways, the love between Jonah and Amy was so obvious. Amy didn’t think she and Jonah would be talking about marriage if she hadn’t been offered the job in California. And we aren’t sure if we agree with that or not. These two had chemistry from the moment they met and things between them have steadily progressed since. Garrett made a great point when he said that Jonah has been in love with Amy since day one. 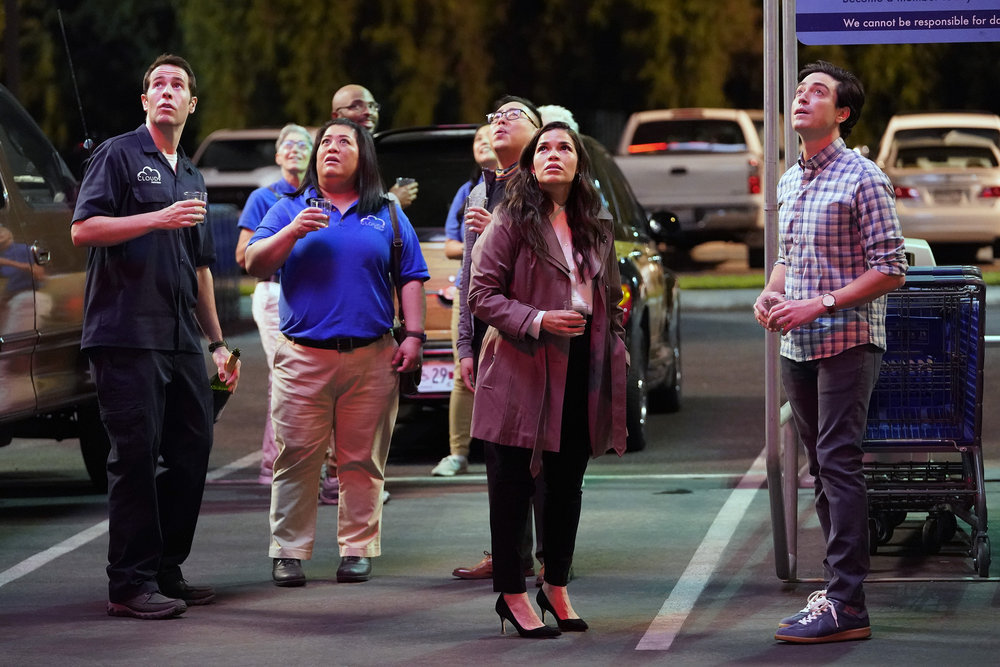 But we have to give Jonah props for standing up for himself and telling Amy what he wanted. And he made some great points. They have been living together and they’ve been raising Parker together. The next logical step would be marriage. So we don’t blame Jonah for being a little demanding about an answer. And we agree that he deserved better than the answer that Amy was trying to give to him. Though for a moment we wanted him to agree to try to do long-distance with Amy But we can understand how Jonah would feel that a clean break may be the better choice. We’re unsure of what we would say in the same situation.

Superstore 6×02 had us saying goodbye to Amy. But at least it was done beautifully. And comically, of course. But from the moment the music on Amy’s goodbye video began, we were sobbing messes. Everyone expressing how much Amy means to them and how much they are going to miss her matched to how we feel. Things are certainly not going to be the same without her. Then they brought Myrtle into things by Glenn giving Amy some of her ashes so she could take her out to California. We aren’t sure if it was meant to be such a beautiful moment but it was to us.

Glenn is goofy but he’s also more than a little lovable. We know we certainly love him. And the bond between him and Amy has always been a great one. The goodbye scene between them and the hug they shared had us losing any composure we had maintained. Which, if we’re being honest, was not a whole lot at this point. Then we had Cheyenne’s fireworks gift and Dina and Amy’s conversation and we didn’t even know what to do. Thank goodness the final look shared between Jonah and Amy was at the very end of the episode because we truly don’t think we could have taken anymore. We’re going to need at least a week to process this.

Dina is the Best

Dina has had so many amazing moments that we couldn’t even begin to pick a favorite. But our love for her has done nothing but grow since the first season. We loved watching her tell Sandra she was in the running to be her new best friend now that Amy won’t be around anymore. But Sandra wasn’t the only prospect Dina had and watching her try and figure out friendship levels was a real highlight of the episode. 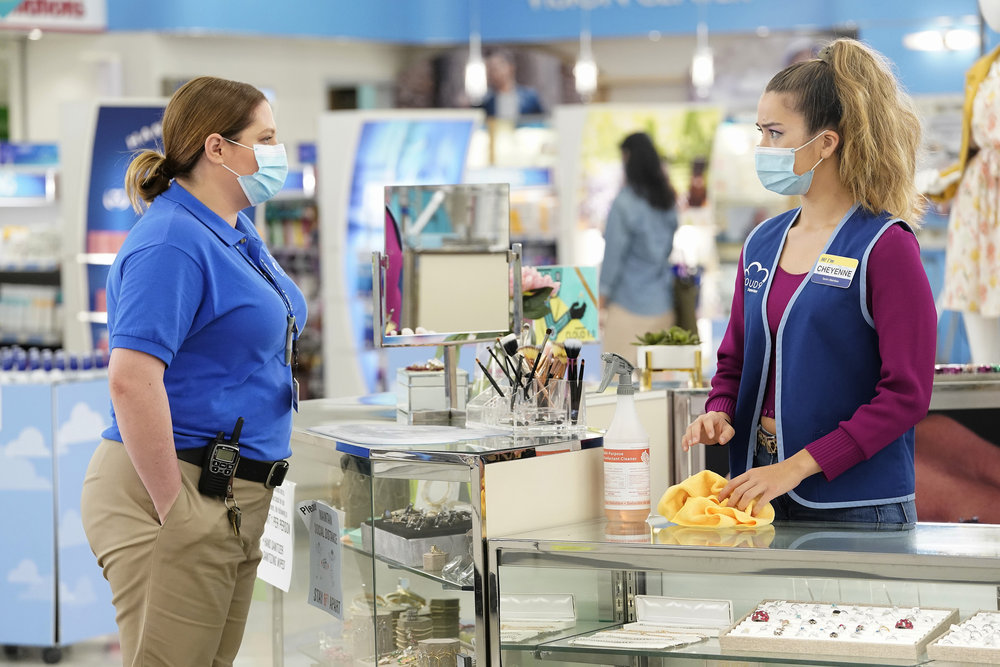 What did you think of Superstore 6×02? Do you think Amy and Jonah breaking up was for the best? Or do you wish they had tried to go the long-distance relationship route? Do you think someone new will be added to the cast in Amy’s absence? If they do, what kind of character would you like to see added to the show? Find and follow us on Twitter @capeandcastle to discuss all your thoughts on Superstore with us! Be sure to also check out our site for more articles on all things Disney and beyond!