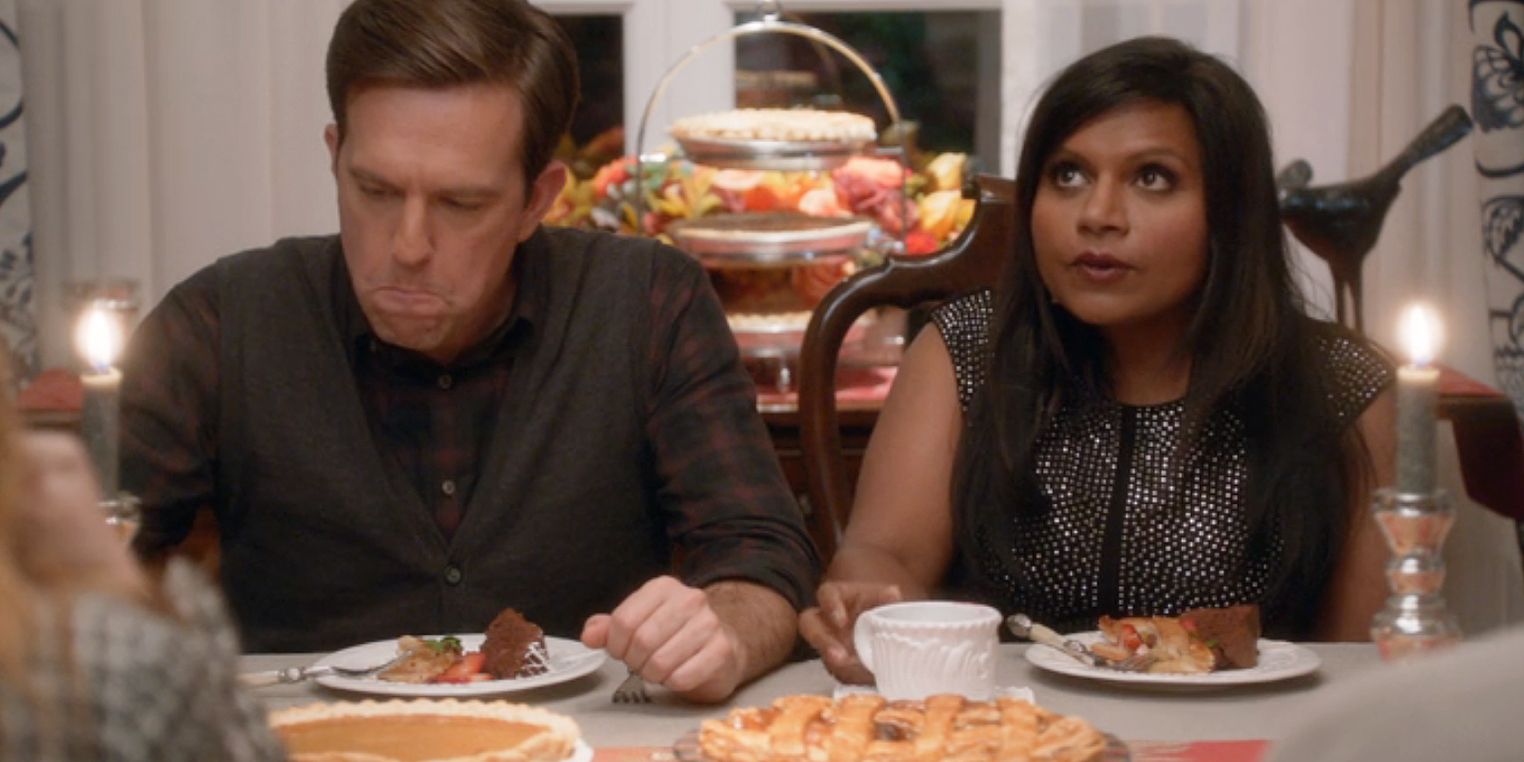 We have always loved The Mindy Project and if you haven’t seen it, you definitely need to check it out. The entire series is on Hulu. But we’re taking this 30 Days of Thanks opportunity to discuss the Thanksgiving-themed episode. Our crew was a little spread out over this holiday and they were all celebrating Turkey Day in their own ways. So keep reading below as we discuss why this is one of our favorite episodes of the series!

Mindy is an expert at making things awkward and hilarious and this episode was no exception. When she goes to dinner at Gwen’s house for Thanksgiving and sees Dennis there, things begin to decline and don’t stop. But we definitely got to reap the benefits of the situation. Between Mindy stealing Gwen’s dress and being a hot mess, to Gwen and Mindy fighting in the den, we loved every second. Probably more than Mindy and Gwen enjoyed it. Even though they do what best friends do and make up with one another in no time. Their fight still goes down in history for us. 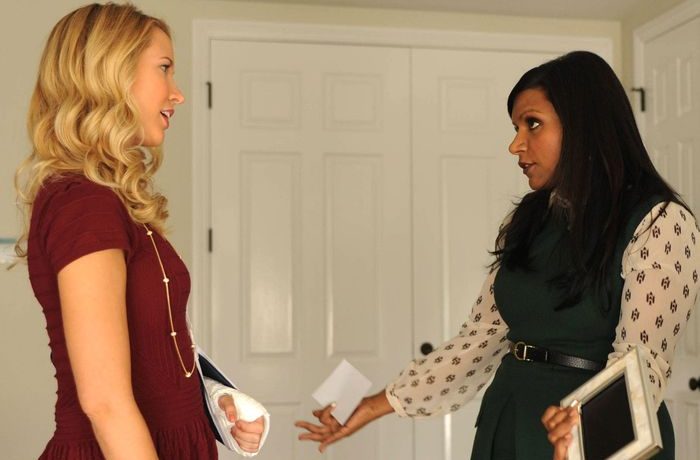 We will say we were glad that Josh wasn’t around. We were never a big fan of him and the way things ended between him and Mindy is really all the reason you need. But even from the beginning, we just had a bad feeling about him. And it wasn’t just because we shipped Mindy and Danny from the first second of the very first episode. Okay, so maybe that had a little bit to do with it. But Josh still sucked and Mindy deserved a hell of a lot better than him.

When Betsy took Jeremy to her family’s home for Thanksgiving, we’ve got to be honest. We were kind of shipping the two of them. But we also have no problem admitting when we’re wrong and we are kind of glad that the two of them never dated. Because they made for an amazing duo. They were best friend goals at their finest and we wouldn’t change that for anything.

But they weren’t the only ones who made amazing best friends. The Thanksgiving episode of The Mindy Project also showed us the amazing friendships between Mindy and Gwen and Mindy and Morgan. While he was definitely crazy throughout the entire series, we love Morgan anyway. And we love the bond between him and Mindy. We especially loved that she chose to bring Morgan to Gwen’s Thanksgiving dinner. He was a much better choice than Josh, that’s for sure. Did we mention we never liked him?

You may think it’s sad for someone to spend Thanksgiving alone. And at first, we thought so too. But Danny showed us that a Thanksgiving on his own was actually kind of relaxing and awesome. Danny found himself in the office alone on Thanksgiving and he had an amazing time. He got a little bit of work done, got to learn how to play ‘Piano Man’, and didn’t have to worry about being disturbed. And that’s definitely a day that someone like Danny would enjoy. Holiday or not, he was definitely a character that enjoyed his alone time and peace and quiet. 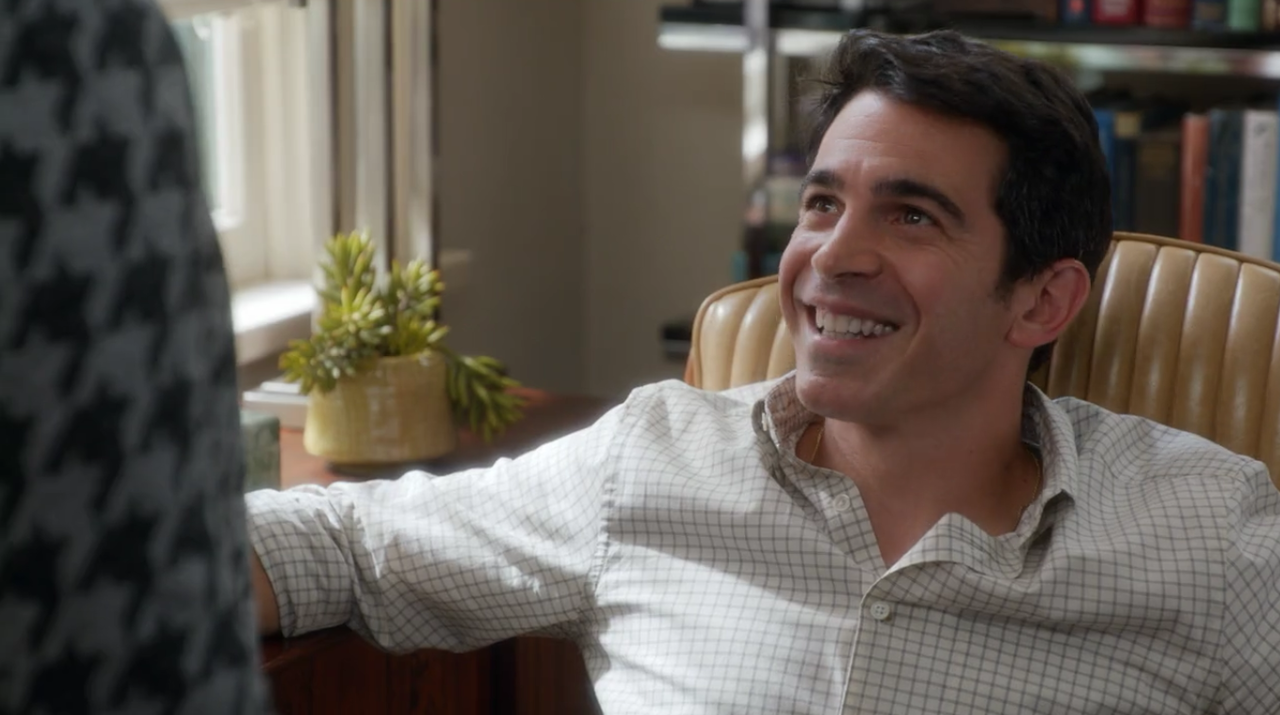 Have you watched The Mindy Project? Do you have a favorite episode of the series? Or a list of favorite episodes? Did you dislike Josh as much as we did or did you think he and Mindy actually made a good couple? Or were you a Danny and Mindy shipper from the beginning like we were? Did you have a favorite friend duo on the show? You can find and follow us on Twitter @capeandcastle to let us know all of your Thanksgiving and The Mindy Project thoughts! Be sure to also check out our site for more articles on all things Disney and beyond!