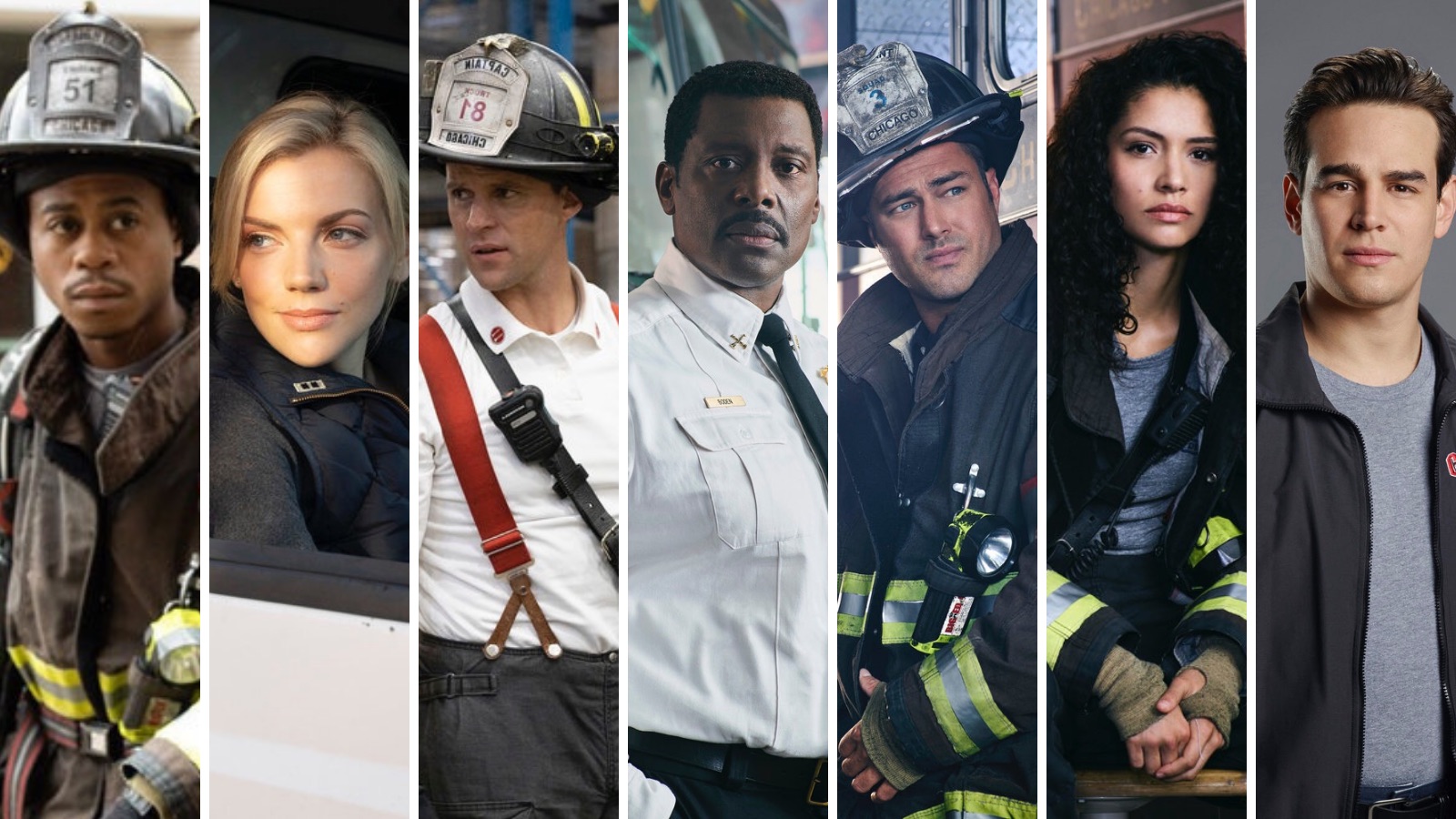 The countdown to Chicago Fire season 9 is down to single digits! We’re so close to having our collective comfort show back! So, I thought as a way to celebrate the return of our favorite firefighters and paramedics on network television I’d tell you all what I’m most looking forward to in the upcoming ninth season! And I thought we’d stick with the number 9 because why not?

Maybe you aren’t excited about the same things I am or maybe you are! If not that’s okay! I’d love to hear about your list in the comments! But coming up in this article are the nine things I hope to see during our 15 episode season 9 journey, in no particular order!

With this year’s unique airing schedule and no fall break this leaves us open to episodes airing during mid to late november and early to mid December! Could we get a Thanksgiving episode again? Or a Christmas episode even? I certainly hope so!

I’d love to see 51 celebrating the holidays together! We haven’t seen too much of that since the early seasons and this year is the perfect opportunity to give us a peek at that again! Come on, writers! Give the people what they want! (Which, let’s be honest, is Boden in a Santa hat and Stellaride kissing under the mistletoe.)

To see the effect of COVID on Molly’s.

Did Herrmann add food to the menu to keep the place open for delivery? Is he still shut down? If he is shut down, is he using the space as a community foodbank? How is it affecting the Herrmanns’ finances? Are we going to see those beautiful twinkle lights at all this season? I have many questions and no answers!

What’s happening with Molly’s? I want and need to know. I hate to imagine Chicago Fire, or all of One Chicago for that matter, having to make due without Molly’s all season!

Thanks to a recent TV Guide article, we already know Gallo may be getting himself into hot water again this season. Let’s hope he finds his way back out of it! He’s far too cute to be in the dog house for long! I look forward to getting to know Chicago Fire’s newest candidate even better than I already do! Plus, I think we can all agree that Alberto Rosende is pretty easy on the eyes!

Daniel Kyri Getting a Chance to Shine!

It’s official! Season 9 is getting more Darren Ritter! Daniel Kyri was promoted to series regular! Congratulations, Daniel! I can’t wait to see what this means for him during Chicago Fire’s 15 episode order! This candidate deserves more screen time and I’m so glad he’s finally getting it! It’s well deserved and long overdue! I’m eager to see how Ritter steps up this season and learn more about him. I also hope this means more Tuesday sightings!

Stellaride Taking the Next Step in Their Relationship.

I think we are all wondering what in the world is taking Severide so long to put a ring on it, right? I am personally hoping that season 9 moves Severide and Kidd closer to the aisle! If this season doesn’t at least end with Severide buying a ring I will be completely surprised!

The writers threw out a handful of hints in season 8 and I am beyond eager to reclassify those hints as foreshadowing very soon! They’re already living together so let’s take it one step further! Joe and Chloe need some competition for cutest newlyweds!

Adriyan Rae as Gianna Mackey, the New Paramedic on Ambo 61! 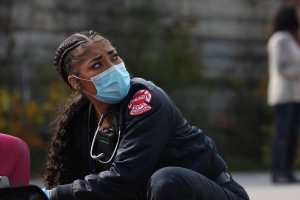 Just before filming began, it was announced that Adriyan Rae, previously of Vagrant Queen, would be joining Chicago Fire as Brett’s new partner! If you haven’t followed her on Twitter and Instagram just yet then I highly recommend doing so! Her excitement and joy is contagious! I haven’t even seen Gianna Mackey in action yet and I already know I’m going to love her!

Again thanks to the TV Guide preview, we know that Mackey and Cruz grew up in the same neighborhood. I am very interested in seeing how that plays out. She’s also supposed to be young and new to the job and I’m curious to see what her relationship with Brett will look like. Sylvie has been on the job for years and is certainly someone Mackey can learn a lot from! I am ready to see that partnership bond begin to form between them!

After Boden’s support last season, we’ve seen Kidd become more confident in her abilities and growing into becoming a leader. As Boden once told Casey, he needs leaders who lead from the front and Stella Kidd has proven herself to be just that!

The episode description for the premiere tells us Boden will be offering Stella something with “lasting repercussions” and I am hoping with everything I have that this means Stella will be taking the Lieutenant’s exam.

It is well past time that Chicago Fire showcases a woman climbing the ladder in the CFD. Gabby going from paramedic to firefighter was exciting but that was back in season three. We’re now in season 9 and I’m ready to see a woman push at that particular glass ceiling once again. And most importantly, Stella is ready for this too! Let’s make it happen! Even if it might take a while for her to find a position, I at least want her to take the exam.

Let Kidd show herself to be the true badass she is!

Let’s Turn Up the Heat On That Brettsey Slow Burn!

For two seasons, we have watched Brett and Casey slowly but surely drift into each other’s orbit. Now they’re there, dancing around each other, and all they need is a little push! From the sound of the episode descriptions for episodes one and two, it seems like that push may be on it’s way! Personally, I’m crossing my fingers that the writers finally let these two take off!

Both characters have had a bumpy road over the last two seasons and they deserve a little light at the end of their long dark tunnels! That’s not to say if it does take off, that the road ahead of them will be easy. I’m sure it won’t be. Derek Haas is very good at placing obstacles in front of both Sylvie and Matt, especially when it comes to their love lives. But I hope at some point they’ll start facing those obstacles as a pair instead of individuals!

They each deserve a partner in their personal life to support and encourage them! In fact, they’ve already been that for each other over the course of the last two seasons. The only thing I want the writers to do differently is to let them kiss every now and then. Is that too much to ask?

Give Brett the Professional Respect She Deserves!

Since season 3 we have watched Sylvie Brett grow from green farmgirl in the big city into the kickass Paramedic In Charge she is today. But somehow, she’s still criminally underrated in a house full of passionate and charismatic first responders.

Let’s let season 9 be the year that changes! I’d love to see Sylvie mentoring Mackey or her taking charge during some hectic accident scenes. Maybe even receiving professional praise from Chief Hatcher. She’s proven herself reliable and knowledgeable and I’m ready to see her get credit for that.

The men are acknowledged by their peers and superiors all the time. In Chicago Fire’s ninth season, let’s let the women have a turn.

All in all, there is almost an overwhelming amount of things to look forward to and hope for in season nine! We can’t wait to see what Chicago Fire has in store for us on November 11th! In the meantime we’ll be right here waiting, on the edge of our seats, for promos, photos, and any glimpses of a sneak peek!

What are you most wanting to see in the upcoming season? Is there a plot you want to see? Or a Chicago Fire character you’re dying to see more of? Let us know in the comments or come find us on twitter! We’d love to chat about your wishlists!

Or maybe you just want to read more about Chicago Fire to keep building your excitement for the premiere? Don’t worry! We’ve got you. You can find more of our articles on the One Chicago universe on our site! 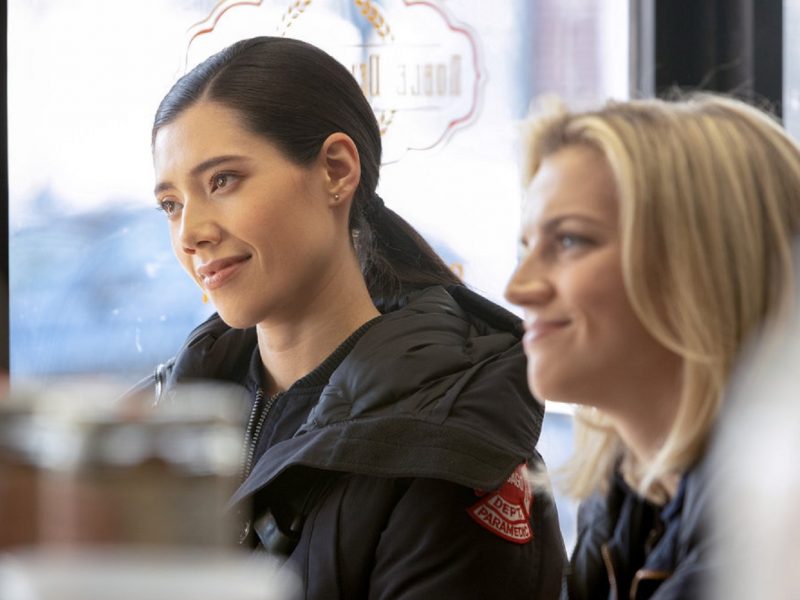