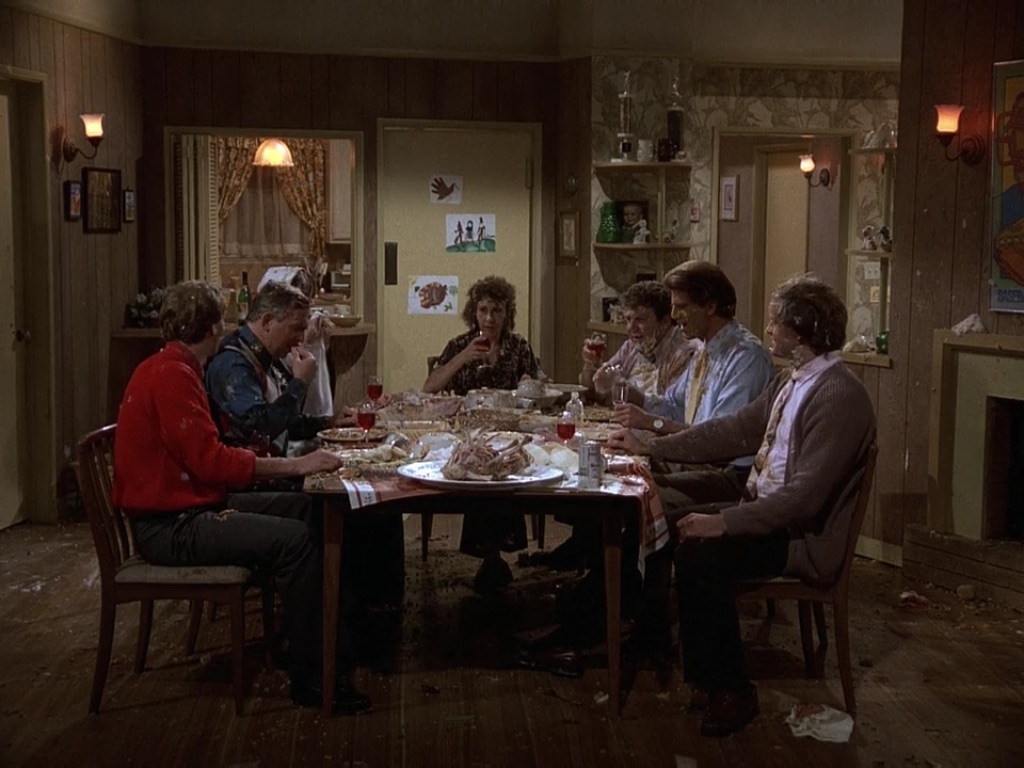 Cheers is an absolutely classic show. We’ve watched it more times than we care to count. Even after watching it as many times as we have, it is still able to make us laugh out loud. Over thirty years have passed since Cheers began. But we’ve only grown more fond of it since! So let’s talk the two Thanksgiving-themed episodes we got during the show’s eleven year run!

We’ve seen a lot of things go wrong on this show. And that’s an understatement. But what always manages to shine through every episode is the amount of love this family possesses. Sure, they aren’t related by blood and there are plenty of times they don’t get along. Looking at you, Sam and Diane. But isn’t that what family is? Spending time with people that you love but don’t always like? People who get you and understand you but are capable of pissing you off like no other. 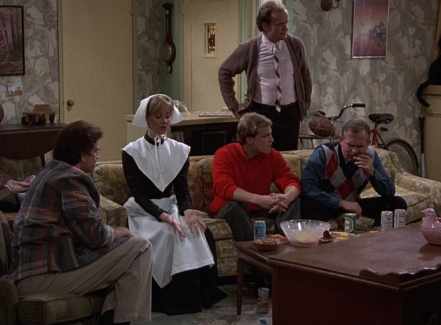 When it came to the episode “Thanksgiving Orphans” in the fifth season of Cheers, we saw this family experiencing just that. From Diane making the very unwise decision to dress like a pilgrim to the way this group just couldn’t seem to get it together. But it was funny. And that food fight? We laugh and cringe at the same time just thinking about it. What a nightmare to clean up! But it did seem to ease some of the tension between everyone a bit. So if you’re looking for a Thanksgiving episode that is full of laughs, dysfunction, and love, look no further than this one. We certainly recommend it!

Listen, we watched Cheers until the very end. But we would be lying if we said we loved the entire series equally. Because we definitely didn’t. And during quite a few of our rewatches we have lost interest in the episodes lacking Diane. It’s not that we didn’t like Rebecca. It’s just that we had spent so long watching Sam and Diane.

We invested a lot in thinking that these characters were found to figure it out. And even when we thought things at the end would go the way we hoped, we were wrong. So things never really felt satisfying. We didn’t get the closure or the ending we wanted. But at least we got some really great episodes with Rebecca along the way. Even if they weren’t all our favorites, we did get some greats. Including another Thanksgiving episode.

While this episode certainly isn’t as memorable as the other Thanksgiving one, it is pretty great. If you don’t remember it, that’s okay. But we definitely recommend you go back and give it a shot. It’s called “Ill-Gotten Gaines” and it’s in the final season of Cheers. And we think it’s pretty freaking hilarious. Have we mentioned we love the amazing Woody Harrelson? Because we do. 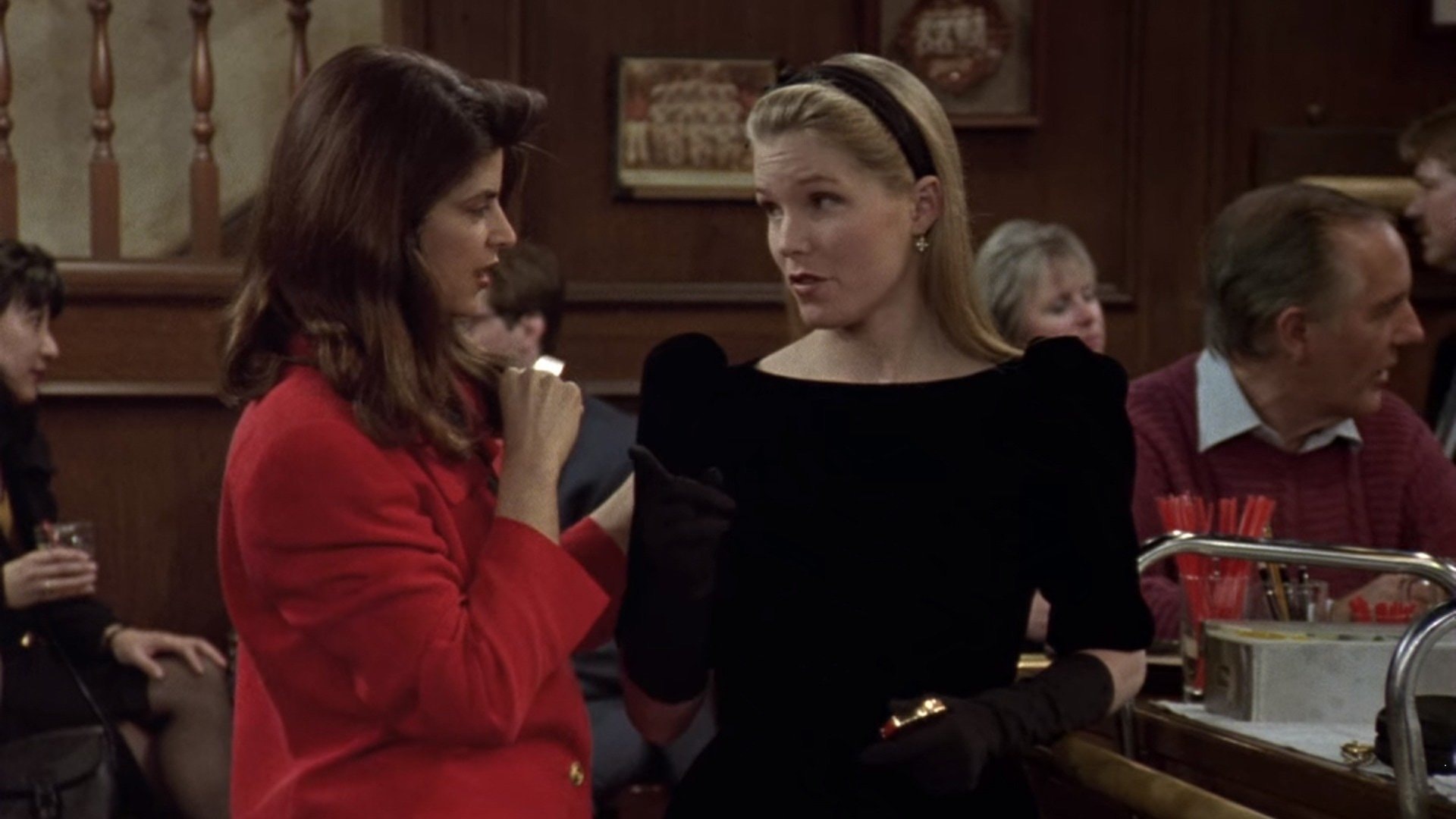 This episode revolves around Rebecca attempting to host a Thanksgiving dinner at the bar. And believe us, it’s got some memorable moments. But if we had to recommend just one of the episodes, it would certainly be the first one. Did you love the show Cheers? Did you continue watching after Diane left? Or did you let it fade away? Have you seen the Thanksgiving episodes? Find and follow us on Twitter @capeandcastle to share all of your thoughts! And be sure to check out our site for more articles on all things Disney and beyond!