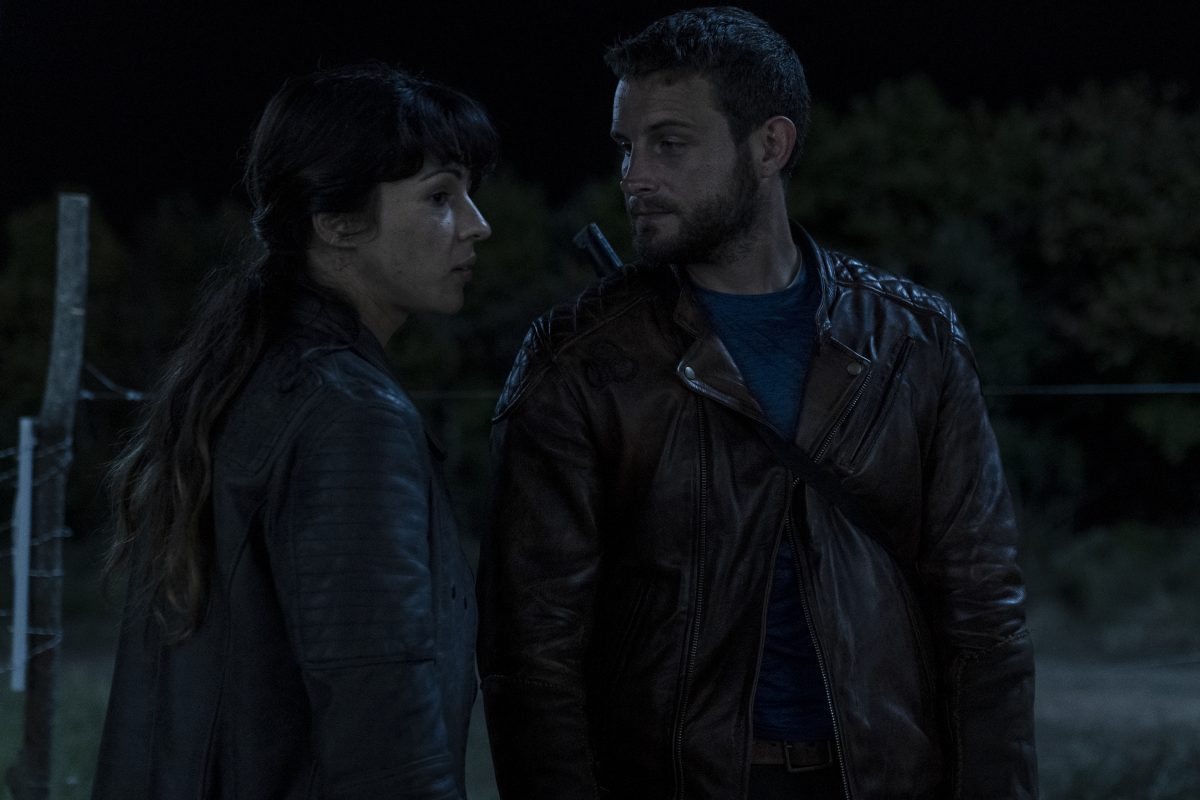 Things were starting to get serious and heat up on the latest episode of The Walking Dead: World Beyond! Huck and Felix were still trying to find a way to convince the kids to turn around and go home. Something we thought they had finally given up on. But instead of turning around, the group ended up attempting to cross the Mississippi River! And it came with its fair share of danger and hoops to jump through! So keep reading for our TWD:WB 1×05 review!

Fighting in More Ways Than One

As if facing a dangerous storm with some major lightning wasn’t enough, empties made their presence known. Between having to dodge fires and destruction made by the impending storm and the engine smoking on their boat, this group had enough to deal with. And that was before they had to fight off the empties. But Iris and the others have been improving on dealing with the empties. Luckily they also had Felix and Huck right there with them. But while Felix was being his usual badass self and handling a majority of the empties, the others didn’t do too shabby, either. Talk about teamwork! 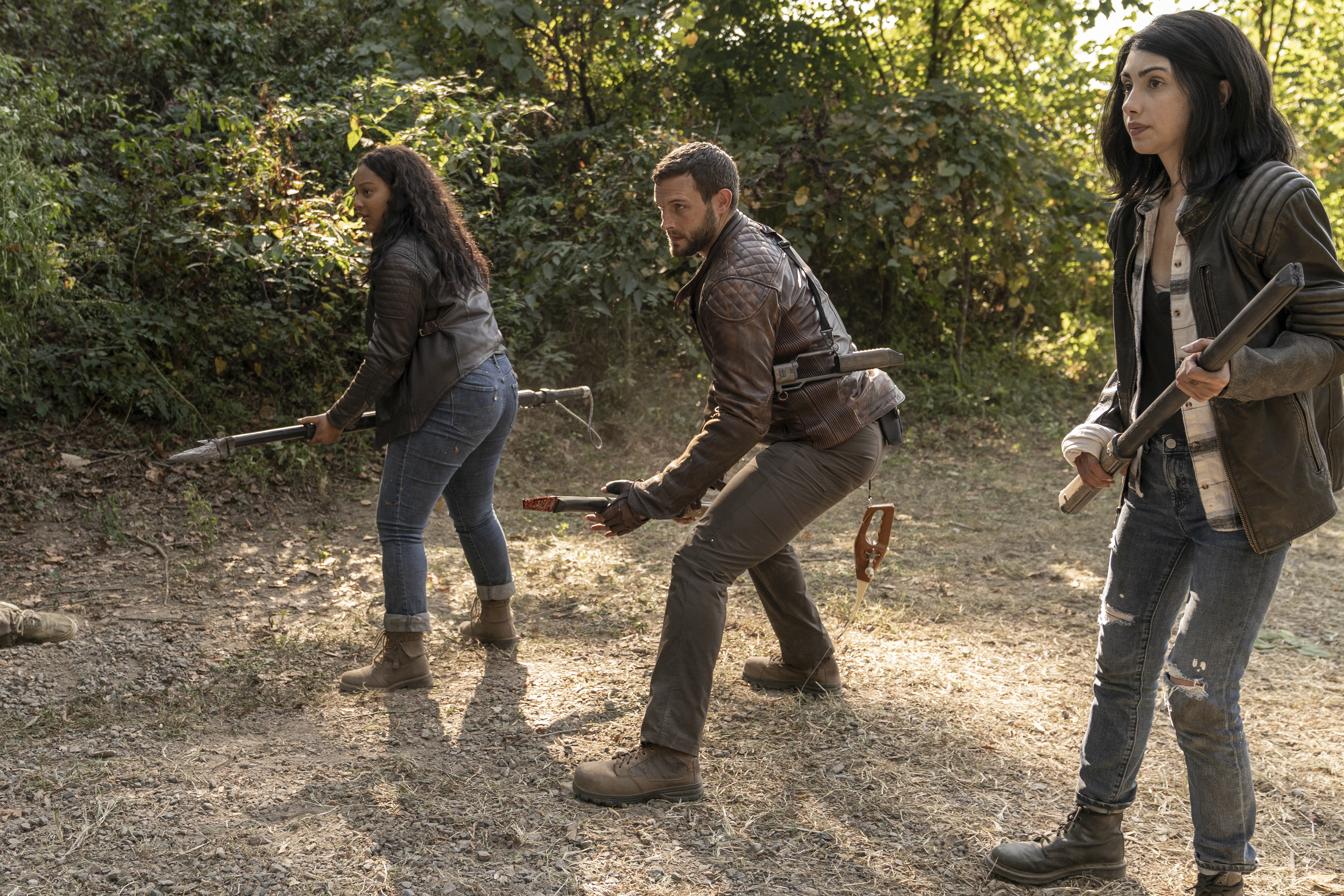 While these kids may not be extremely skilled combat fighters, they are certainly learning. And what they may be lacking there, they proved they more than make up for when it comes to resourcefulness. They each brought something different to the table and created a pretty freaking awesome boat to get across the Mississippi. We were beyond impressed to be honest. It also went a long way to proving how cohesive of a unit this group has become. Even Huck and Felix had to admit their ingenuity was impressive and even proved how well they fit in with the kids. But we also got to see some of the real tension between Felix and Hope. What was really coming between them.

Felix and Huck were still trying to convince the kids to go home. But do they know who they’re talking to? Seriously? Then Huck recommended that Felix should take Elton and Silas and head back, leaving Huck to convince Iris and Hope to do the same. But we certainly didn’t think the two of them should be splitting up. And we definitely didn’t think the kids would or should be either. We love Huck and Felix dearly. They are pretty much equally our favorite characters in this show. But we really think they need to abandon their entire mission of trying to get the kids to turn around. Just accept that they are doing this and help them. Haven’t they ever heard the expression “secrets don’t make friends”? Because it’s true. And they need the kids to be their friends and to trust them.

For the first time we saw Huck and Felix not on the same page. We didn’t like it. And we’ve decided we don’t want to see it again. Their relationship works because they think alike. There doesn’t have to be a conversation out loud. The connection between them is deep and it was hard to see them disagree. But they were able to find their footing again. In the meantime, we got to learn more about Huck. While she still left a lot out of the story, our understanding of Huck changed by what she did reveal. She’s so strong and badass. But she has issues of her own she deals with. But she is able to use them as lessons for those around her. Which we’re sure is part of why she went off ahead. But we don’t like it and we kind of wish Felix had stopped her.

Accepting the Past, Facing the Future

TWD:WB 1×05 gave us an inside look into Elton’s past. We got to see him with his parents and where his intelligence clearly comes from. Elton was blessed with two very smart parents who taught him what they could about things learned from books and things learned from life. It was a beautiful look into his past, that naturally ended in tragedy. Elton was so young when he had to say goodbye to his parents. When he had to learn to be without them. It was a sad thing to see and we can’t imagine what he must have been feeling. So we completely understood when he admitted to the others that he was claustrophobic. With what he went through, it was no wonder. But Elton faced that fear in order to help save the others and we couldn’t have been more proud. 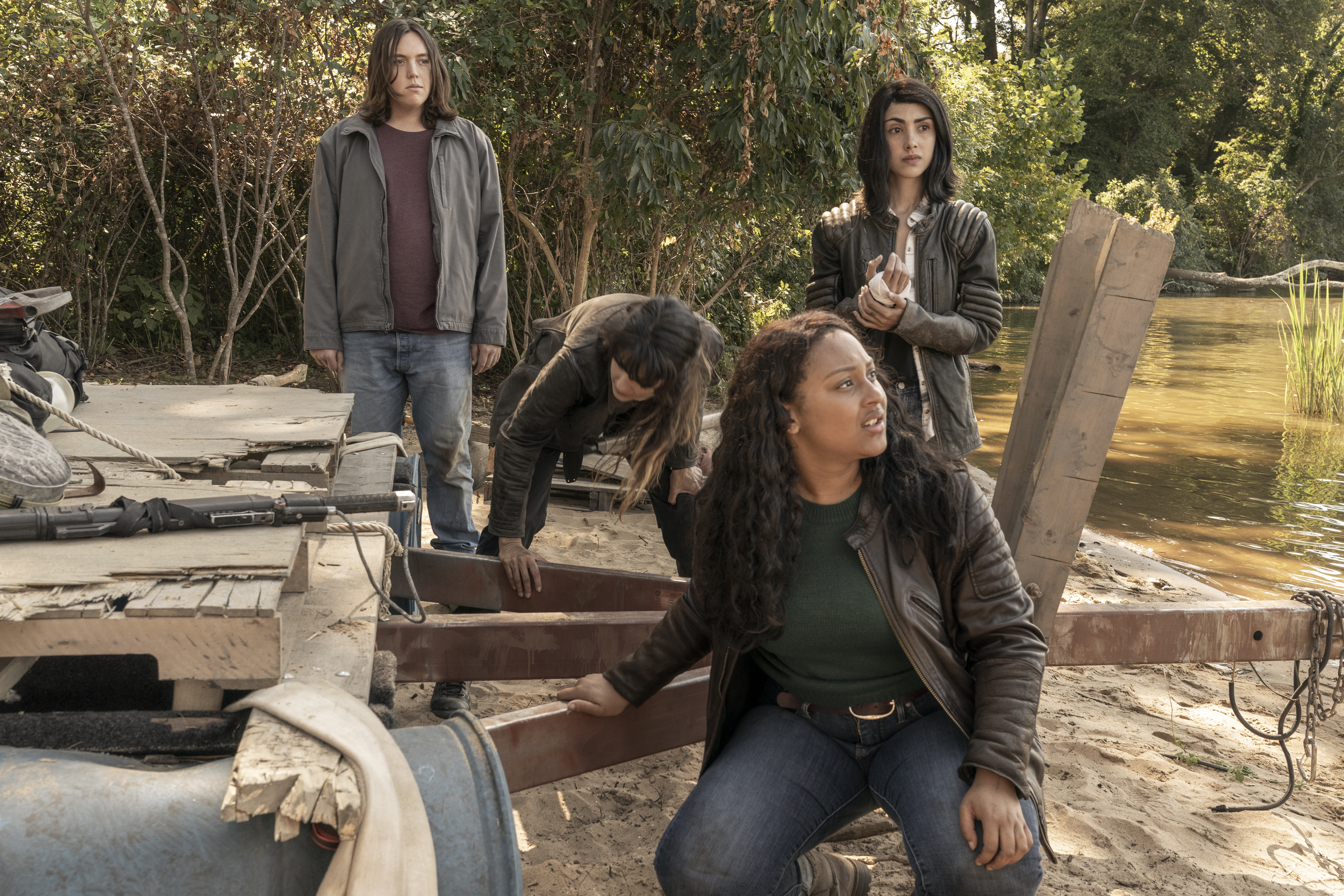 So what did you think of TWD:WB 1×05? What do you think will happen next? Were you surprised by what Elton’s past revealed? Do you think that Felix will completely abandon his plan of getting the kids to go home? Or will he wait for another opportunity to convince them? Do you think Huck going off alone is a good idea? Or do you think it’s going to end in disaster? Were you as proud of the group as we were? We think they really proved themselves and how well they all work together. Find and follow us on Twitter @capeandcastle to discuss all things The Walking Dead: World Beyond! Be sure to also check out our site for more articles on all things Disney and beyond!