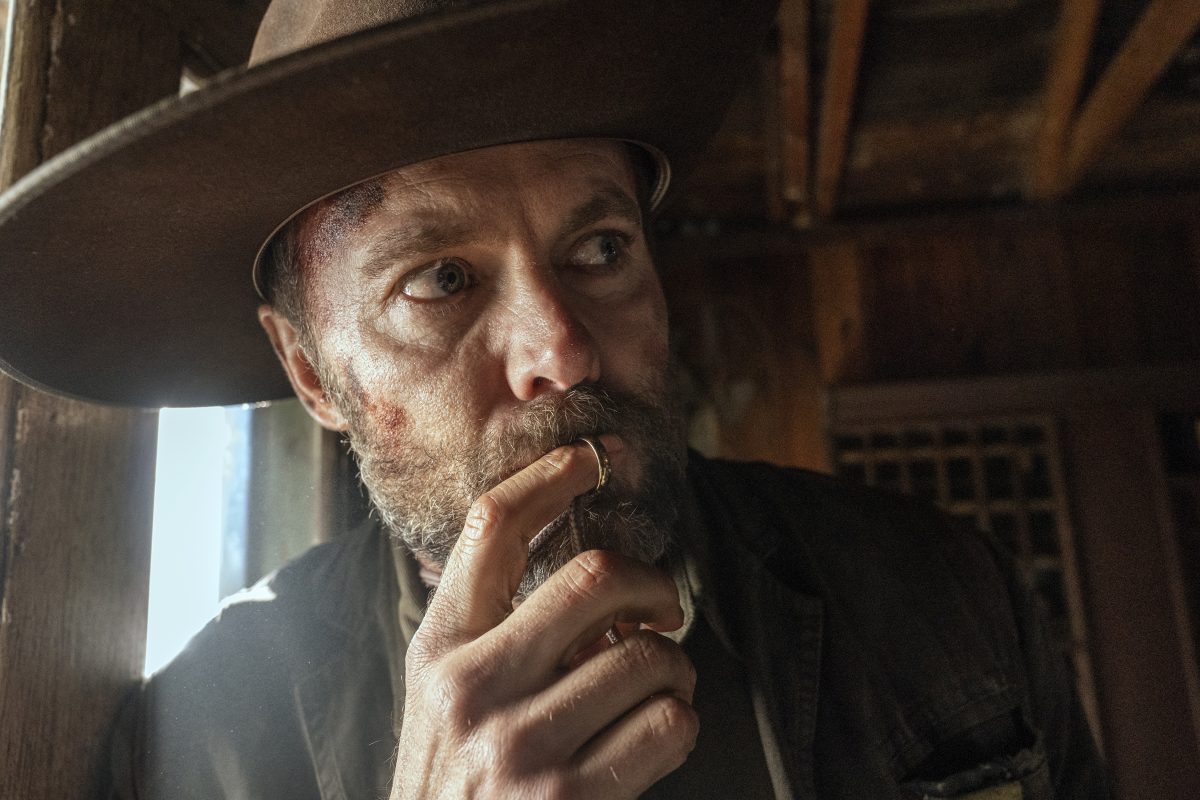 This week it was John’s turn to show us where he’s been and what he’s been up to We also got to see him reunite with Strand. And we definitely hoped to see him reunite with June. But things weren’t all happiness and bliss. They never are. John presented us with a pretty relatable struggle between doing the right thing or doing the wrong thing for the right reasons. There was a murder in Virginia’s perfect little town and it put not only John in a tough spot but Janis too. And Strand. That’s just the way with Fear the Walking Dead. So keep reading for our FTWD 6×04 review!

We learn that John has become one of Virginia’s rangers. And we weren’t too sure what to think of it. But we are pretty glad that he’s okay. And we were hoping from the moment he said her name, to see another reunion. This time between John and June. Meanwhile, FTWD 6×04 showed us a different dynamic playing out between John and Virginia. She genuinely seemed impressed by him and the work he was doing for her. And John didn’t seem to be too intimidated by Virginia. Certainly not like everyone else around. And he didn’t immediately jump to follow her orders or back down when he disagreed with her. So that was pretty interesting to watch. 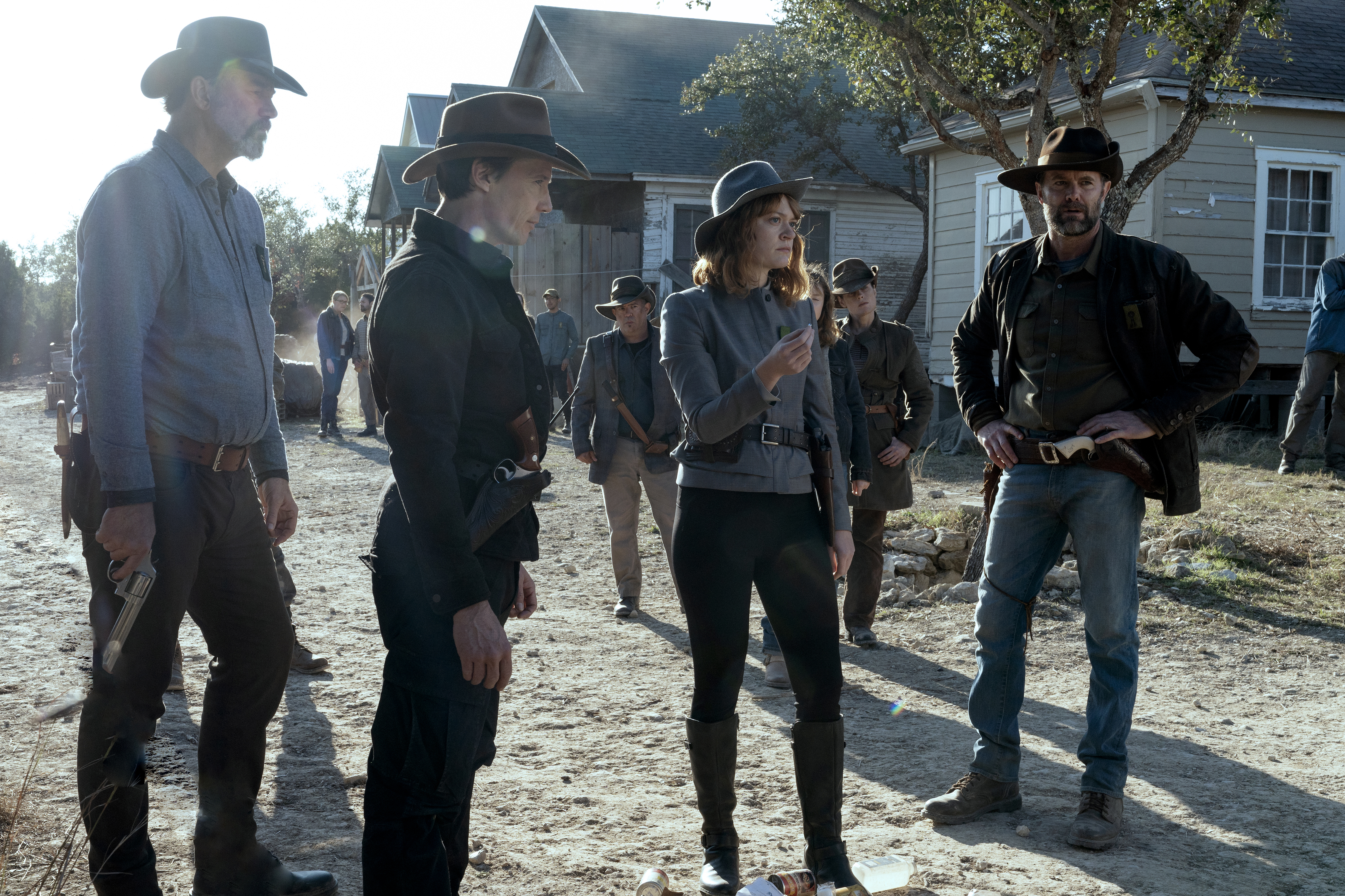 As she does, Ginny had us feeling that we absolutely could not trust her under any circumstances. Not that it was something we were about to do. But we appreciate the constant reminders of just how shady and bad she is. It’s nice to see a clear line drawn about someone’s character once in a while. We certainly don’t see any type of redemption for Virginia coming from our direction. Not ever. Listening to her deceptively implies to John that she indeed hides things from her people had us shaking our heads. The only thing Virginia is going to do is get her people killed. Or maybe she will just show them who she really is. That we would be okay with. Because we certainly see her for what she is. And the more we see, the more we can’t wait until she is dealt with.

Not So Great Place

Janis clearly isn’t a fan of Virginia’s little paradise. And we couldn’t blame her a bit. But the fact that anyone could think Janis killed someone is just ridiculous. We certainly didn’t blame her for trying to run away and we would have done the same if we were in her shoes. And maybe we missed something somewhere along the way, but we really don’t understand why Virginia is so adamant against people leaving. She has enough loyal followers who aren’t interested in leaving, why does she feel the need to “make an example” of Janis and her attempts to run away. Punish her by letting her go out into the great unknown by herself.

Then we have Dakota. And it at least makes a bit more sense why Virginia wouldn’t want to let her leave. She obviously wants Dakota to be just like her, and that kind of requires her little sister to hang around. But we kind of love Dakota and we’re so glad that she not only seems to be nothing like Ginny, but she is actually against her. Dakota catches up with John and lets him know that she believes Virginia is protecting the real killer and encourages him to keep looking. And to look at things a little deeper. We sure are falling for that kid. So she better stick around. But we think she will because she’s going to prove herself to be a major player down the line. We just know it.

We were so happy to see Strand again. And it was great to see that he had caught up with John and wasn’t just running around on his own. Watching these two come together to try and solve the actual murder was awesome. While there were obviously some walkers around, it kind of felt like we were watching a different type of show. And while we love it and the walkers, it was kind of cool to delve into this murder mystery. Especially since everything John and Strand were doing had to be done on the down-low and behind Virginia’s back. That is pretty much a guarantee that we’re going to be all in favor of whatever plan John and Strand were going to come up with. Or we thought we would. But then Strand came up with a plan of his own. 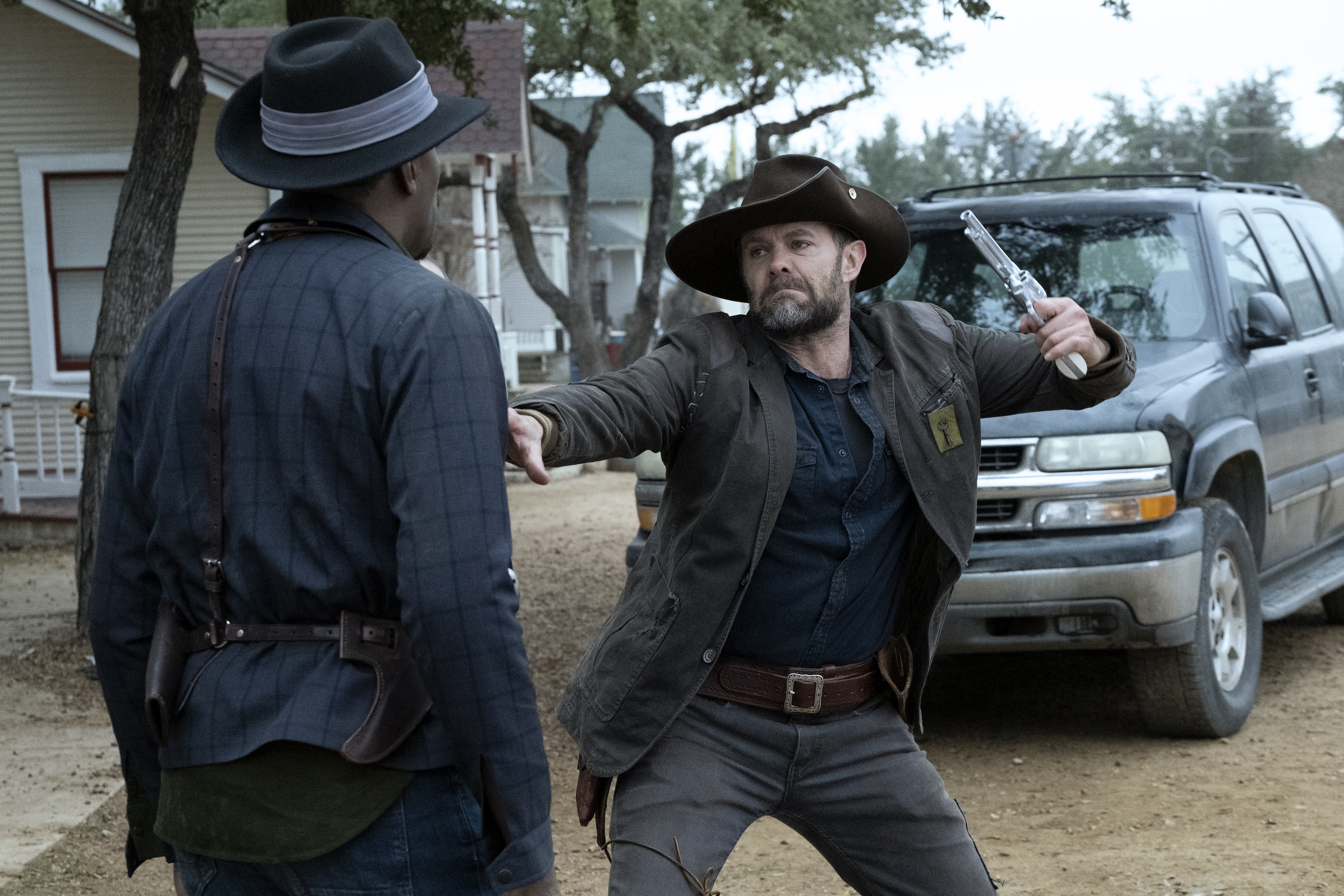 Or at least we thought so. Until Janis confessed to the murder of Cameron. What the hell? We were hoping it was all part of some big elaborate plan Strand had come up with. But then our hearts broke when we saw Janis as a walker. And what John had to do. We certainly felt his pain and couldn’t blame him for wanting to strike out at Strand. We found ourselves wanting to do the same. Who cares if he was right? At least we had the reunion between John and June to give us a little happiness. What did you think of FTWD 6×04? Where do you think things will go from here? Did you expect what happened to Janis? Or did you think John was going to find a way to save her? Find and follow us on Twitter @capeandcastle to discuss all things Fear the Walking Dead and more! Be sure to also check out our site for more articles on all things Disney and beyond!