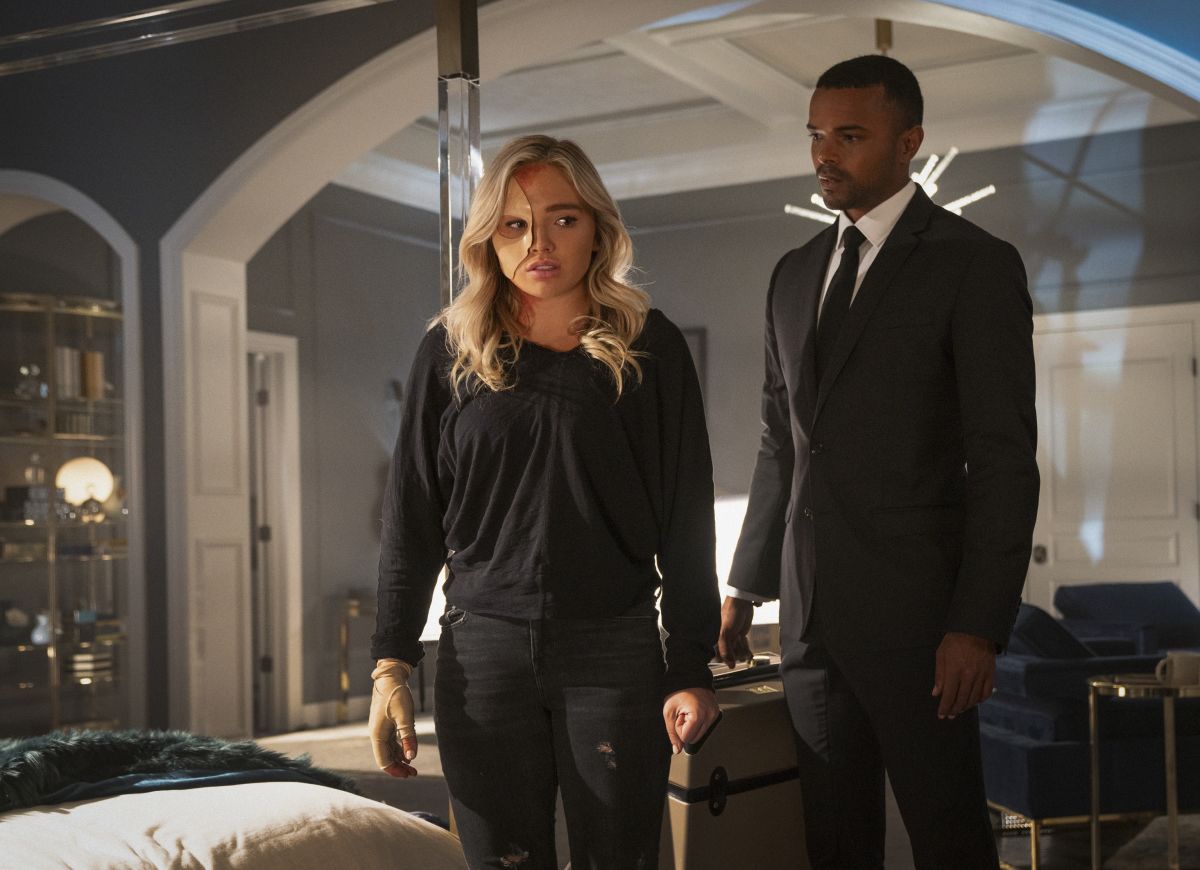 Tell Me A Story is back with season 2 on The CW! This time around, it’s the tales of Cinderella, Sleeping Beauty, and Beauty and the Beast that get a unique and dark twist to them. From a popstar turning into a beast to Cinderella dismissing her potential prince that’s hit rock bottom,

Anthology at Its Best

Tell Me A Story has officially returned with three new fairytales. Right off the bat, it’s noticeable that while there are a few new faces among the cast, some old ones from last season returned as well, such as Paul Wesley and Danielle Campbell. I love an anthology series, like American Horror Story, and more currently, The Haunting… series on Netflix, that utilizes its cast in such a diverse way.

This season it’s Cinderella, Sleeping Beauty, and Beauty and the Beast being taken for a twisted ride. Cinderella caters to a woman who doesn’t need a prince as she goes up against her stepmother and twin stepbrothers after the passing of her father. However, she doesn’t mind having one to help her out when she discovers her family has some secrets. A songstress on the way up with beauty beyond compare is in for a rough ride when her life explodes, literally, and she’s left disfigured. Sleeping Beauty is taken hostage by her supposed prince and must figure out how to get free…if she wants to.

Tell Me A Story “The Curse” via TMAS Wiki

Beauty Explodes into the Beast

Pop princess, Ashley “Ash” Rose (Natalie Alyn Lind), is debuting and she couldn’t be more thrilled. But, of course, there’s the family drama. Her brother is fired by their mother AKA the manager due to his alcoholic tendencies. Though Ash wishes she wouldn’t have done that, the show must go on. However, it ends with her car exploding with her inside, leaving her disfigured.

Meanwhile, a new bodyguard, Beau (Eka Darville), starts as Ash gets out of the hospital. Turns out, he needed the job after his suspension as a police officer. Why? It’s unclear yet, but I’m certainly admiring his attentive qualities and how well he does his job. It’s obvious that Ash does too. The two connect when he comes around to check that her bedroom is secure.

The life-changing events that occurred so fast in the beginning really attribute to how fast shit can happen in life. That goes for the good shit and the bad shit. And, it’s never easy to handle. That’s where a fantastic support system comes in, like Jackson (Matt Lauria) and Maddie (Odette Annable). They’re such great siblings and remind me of Lumiere and Cogsworth. I love them already.

What I’m not loving? The creepy super-fan that worships her as he burns himself. Mental health is extremely important, but so is realizing when you are obviously going too far with your love for somebody. And buddy? You’re going too far! This does beg a question. Is this psycho the one responsible for blowing Ash’s car up with her inside? Could he not handle everybody else loving her and decide to hurt her?

The arc is staying pretty close to its fairytale parallel with Ash portraying both Beauty and the Beast, keeping herself locked away in her mansion, trying to find her voice again for music. As for letting in the possibility of love? She’s not quite there yet. 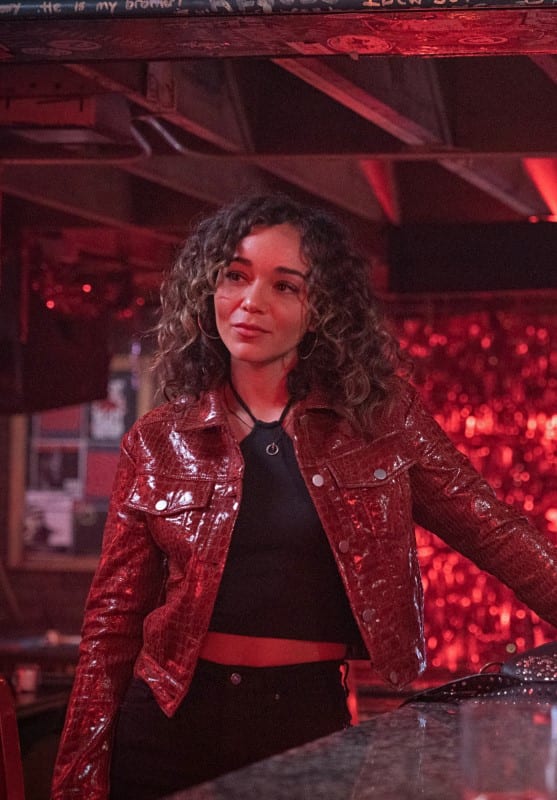 Tell Me A Story “The Curse’ via TV Fanatic

A girl walks into a bar and Jackson, up on stage with his band, is pretty sure he’s immediately in love. His attempt to talk her up is actually pretty adorable, but she manages to rebuff him pretty well, becoming the one playing hard to get. Introducing herself as Simone (Ashley Madekwe), he has no idea what he’s getting himself into. I’m totally here for it. Jackson needs a woman to whip him into shape, and she may do just that.

The arc beginning in a crowded bar and ending with Simone pointing a gun in a man’s face after discovering that Jackson isn’t as princely as he thinks he is. This is one badass boss coming to the aid of a prince who’s hit rock bottom. It may be just what she needs though. 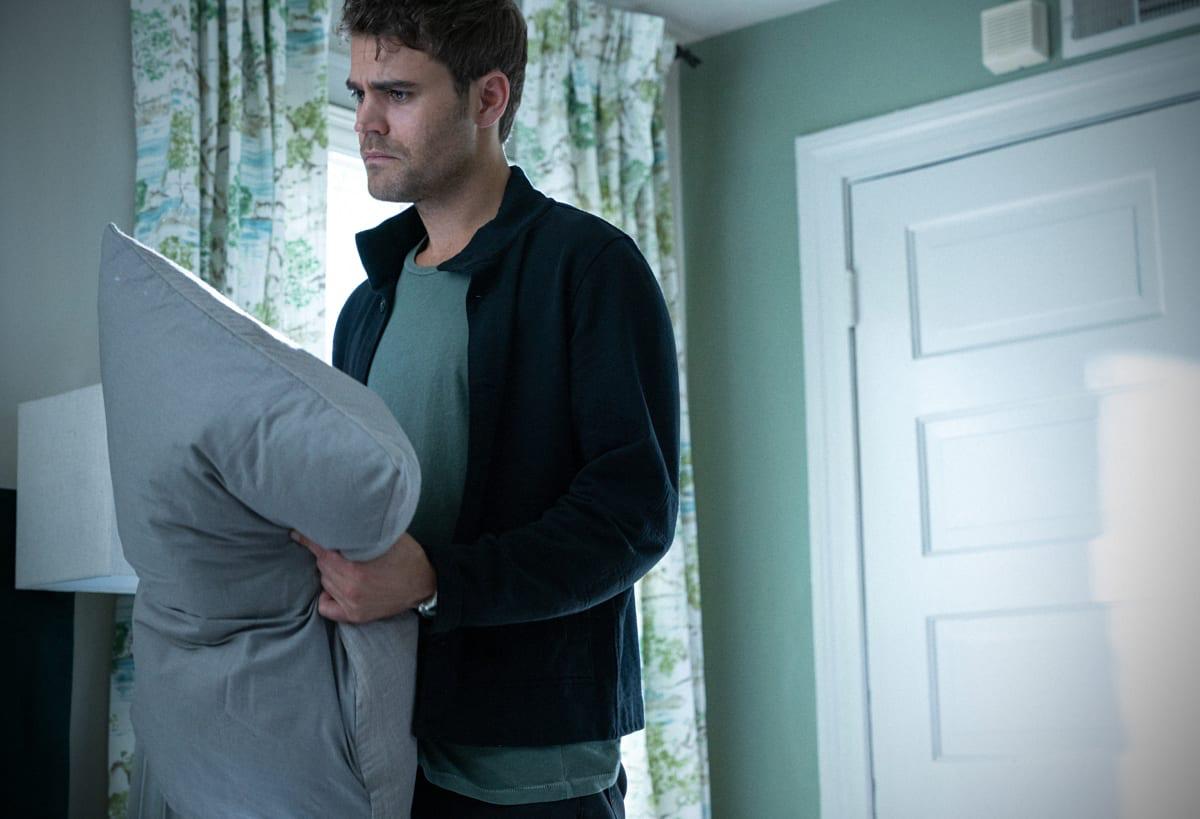 Tell Me A Story “The Curse” via IMDb

The Stalking of Sleeping Beauty

Tucker (Paul Wesley), a writer and engaged to Ash’s sister, Maddie, is struggling with getting sleep lately. On the surface, all seem fine, but he’s also struggling to finish his latest book. That is until he finds his newest muse in the form of a dark-haired young woman that goes to the same coffee shop as him.

One thing that stood out amid everything else during this introduction to the arc was Tucker’s writing palace. Not only would I love to have my own spot to go and work on my own writing, but having one this swanky? Just, wow. Of course, when you have writer’s block like he does, even a nice retreat won’t get you where you want to be. However, I don’t recommend succumbing to becoming a stalker.

Much like Little Red Riding Hood, Campbell’s beauty gained the attention of another deadly force. This time, it began from a distance, with Tucker watching her, looking at her photos, and even breaking into her home and getting to know her cat before going to lay down in her bed. How disturbing!

Tell Me A Story “The Curse” via Tumblr

Much like last season, I was left spinning from the twists but left with so many questions that desperately need answers. From the mystery that is Simone to Beau’s past to Jackson’s inability to the gigantic creepiness of the super fan at the very end of the episode who was also the same guy in the hospital. And can I just say that I just love how much more deeply the characters and tales are intertwined right from the go because I do. A slow simmer that then explodes into surprising connections is great, but it can get drawn out and lose my attention sometimes. This time it seems like there’s no holding back and if they’re interconnecting so much now then it’s going to get wild later.

Aside from my never-ending questions and excitement, I must say that this time around I’m much more impressed with the characterizations. There’s so much debate about which character represents fairytale characters. For example, Tucker could be the prince, but with his sleeping problems, he might be the princess. Unless Campbell’s character is the princess. It’s all up in the air, leaving me guessing and I love to be left to guess. It can be so much fun and really get me invested in a show.

All in all, this season is off to a good start. Consider me both chilled and thrilled.

Tags:
Beauty and the Beast, Cinderella, Review, Season 2, Tell Me A Story, The CW
previous article next article