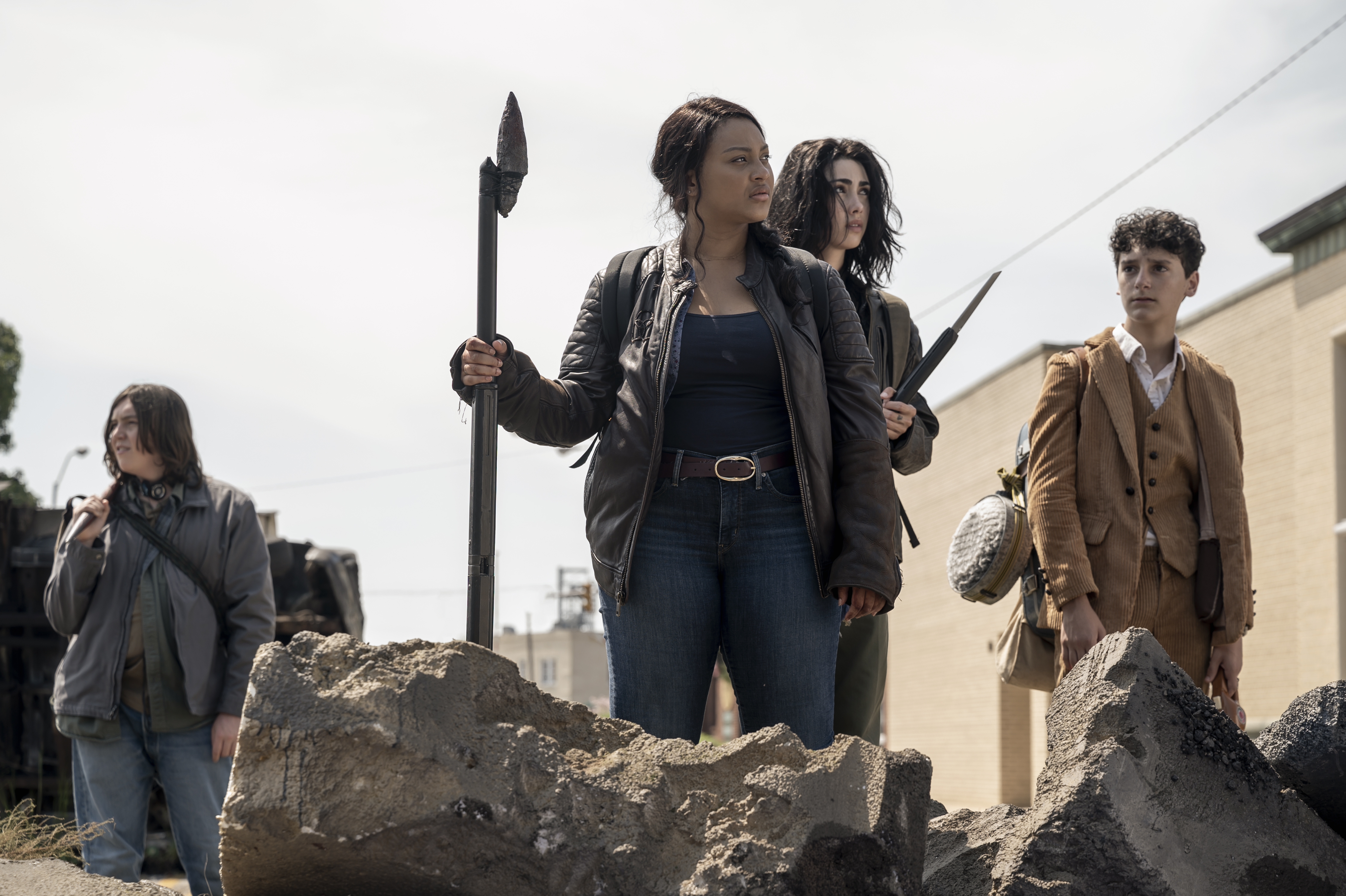 The kids showed us that they certainly aren’t ready to be outside the safety of their town. Meanwhile, Huck and Felix were on the hunt for the kids while Felix got progressively angrier about them and their adventure. But we know it’s just because he cares. We also got a deeper look at Felix and a little of his life when he was younger. Keep reading for our The Walking Dead: World Beyond 1×02 review!

Huck and Felix Continue to be Best Friend Goals

Just when we think we can’t love this duo more, we! These two understand each other on a deep level. When something is up with Felix, Huck knows immediately. While she doesn’t keep pushing Felix to tell her, he obviously feels compelled to. Which Huck doesn’t seem surprised about in the slightest. Their relationship is dependent on being honest with each other, and so is their survival. They have one another’s backs and that means they trust each other wholly and completely. When one of them is wrong or doing something stupid, the other one has to call them on it. But they do it in a way that makes it clear it’s coming from a place of love and just trying to do what’s best for the other. Like Huck letting Felix think he had snuck out without her knowing. And we honestly can’t get enough of this friendship. 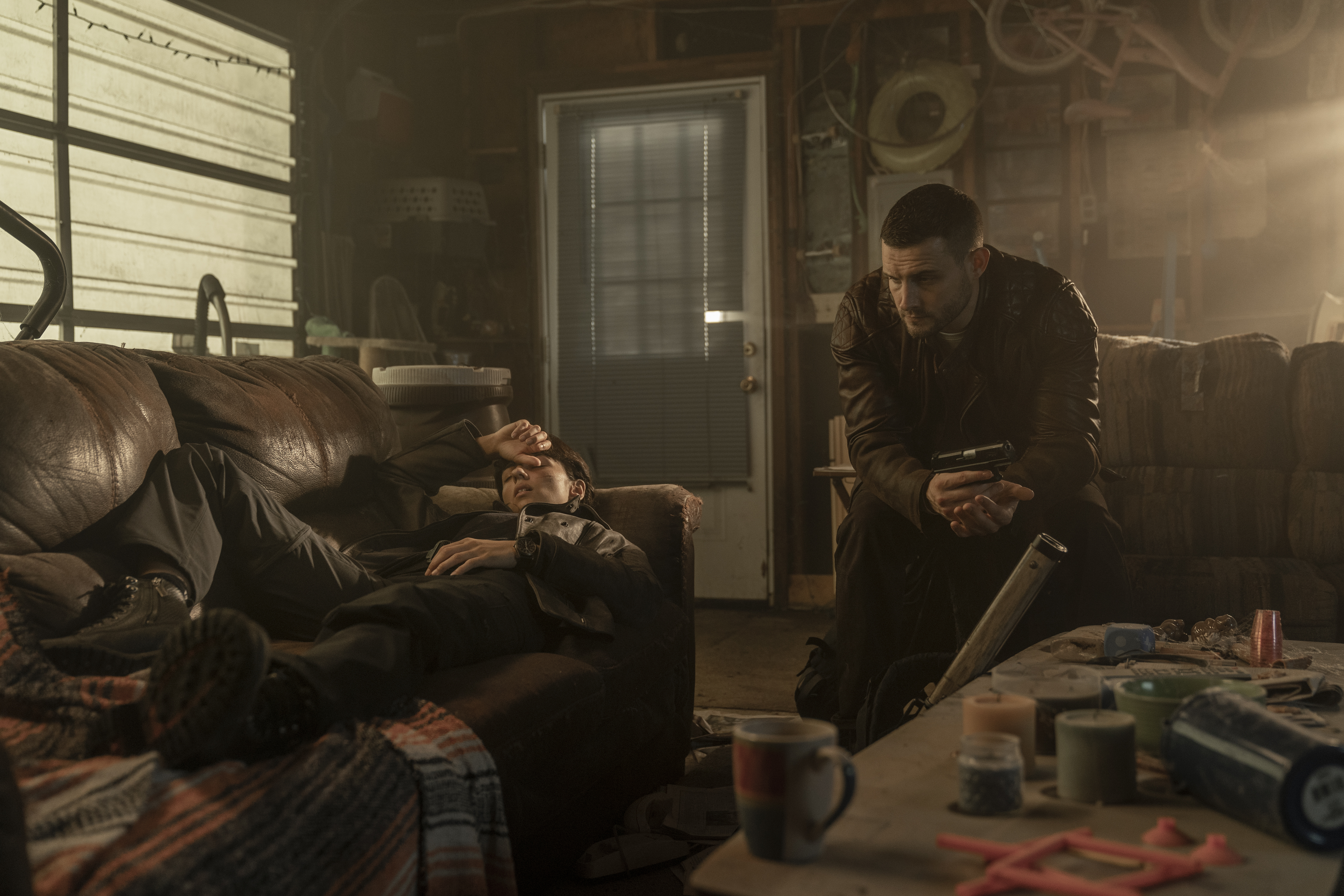 We love Felix! Have we said that already? Learning about his past and just some of what he went through made us appreciate him even more. We can’t imagine the pain that he felt at his parents’ treatment of him and we still have a lot of questions. Like where did he go? Is this how Hope and Iris’s father play into his story? We know Felix is tough and we don’t think there is much that he can’t handle. But our hearts broke when he quietly said he went to kill his parents after Huck asked him where he had gone. Regardless of their treatment of him, and that taking care of the empties left behind in their place was cathartic, it couldn’t have been easy. But we imagine that Felix felt it was something he needed to do and we can understand why.

Kill or be Killed

Iris had some real difficulties in facing her first empty, understandably so. But when she projectile vomited on it, we found ourselves laughing. It was gross for sure, but also a bit of a lighthearted moment that eased some of the tension. Especially when Iris tried to act as if she did it on purpose. But Iris wasn’t the only one that had some difficulty killing an empty. Silas couldn’t bring himself to use that huge wrench and opted to grab Elton and take off after Iris and Hope. Running is okay, but it’s not going to help the group out of every bad situation they are going to face. Then we had Hope.

Hope acted as if she didn’t want to kill any of the empties. She even apologized to the one that they first encountered. But we thought maybe she understood that it was kill or be killed when she left the treehouse in the middle fo the night. We thought she would take care of that empty. Which she did, just not the way she should have. If these kids are going to make any real progress on their journey, they’re really going to need to get themselves okay with killing empties. Technically they’re already dead anyway. And even if we get where the kids are feeling a bit timid about it, they’re going to need to get on board with killing any of the empties that cross their paths. Which they seemed to do at the end.

The moment Iris, Hope, Silas, and Elton decided to take this journey and to do it together, they were creating some important bonds. You don’t voluntarily take on zombies without getting a little closer to the ones standing there, fighting beside you. But what we love about the relationships developing between these four, is that they are all different. What Iris and Hope have comes from a base of love because they’re siblings. But this journey has added so much more to that relationship already. And their relationship is different than the one forming between Hope and Elton. Their moment of opening up to one another was the start of a great connection. We can’t wait to see what other bonds are formed along the way. 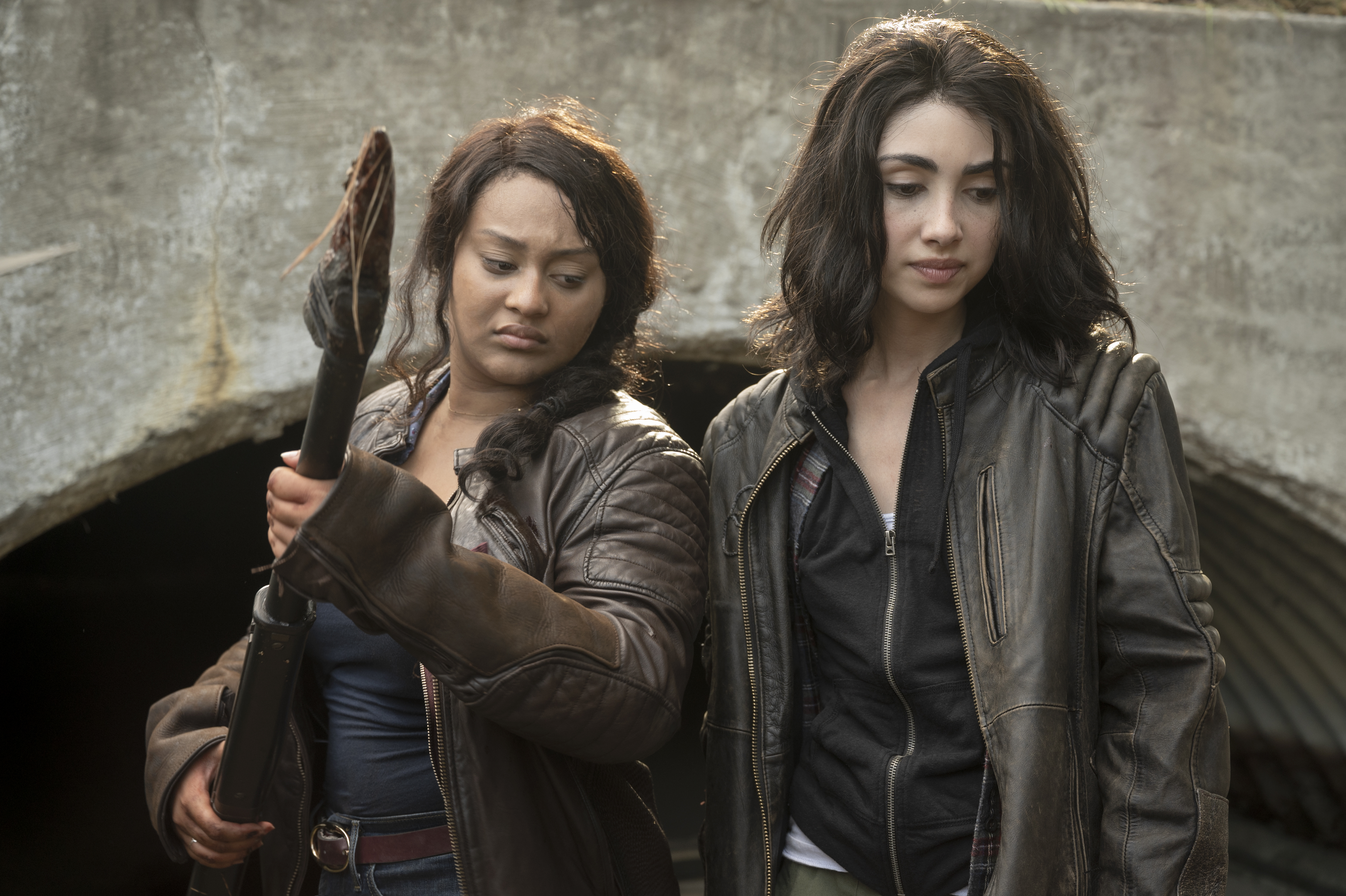 Seeing some of the lessons that Felix taught the kids as they were dealing (or not dealing) with the empties was great. He obviously did his best to teach the kids as many valuable lessons as possible. It seemed like he tried to keep things simple and teach them the fundamentals and we can definitely appreciate that. Those are the lessons that are going to stick with the kids. What did you think of the latest episode? What about Felix’s past? Do you think the kids are going to figure things out? Before they get hurt, or worse? What about Huck’s past? Find and follow us on Twitter @capeandcastle to discuss all things The Walking Dead! Be sure to also check out our site for more articles on all things Disney and beyond!