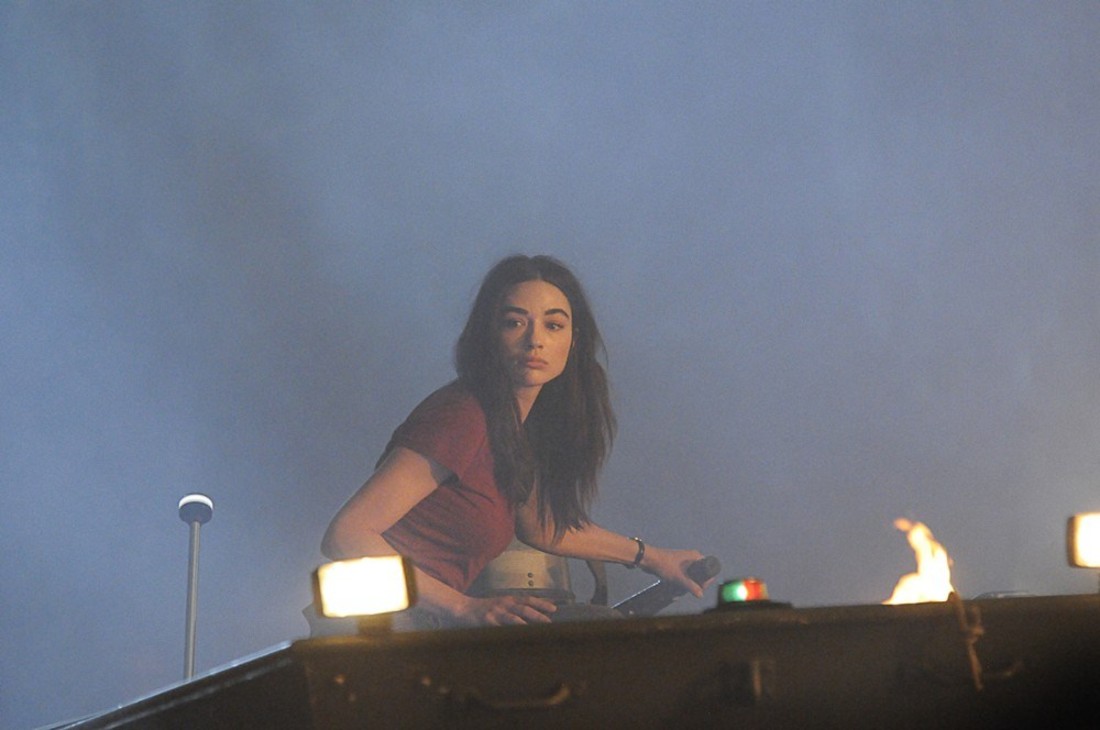 Swamp Thing has been snatched by The CW, or at least the first season, and we couldn’t be more thrilled. It’s the home of a lot of DC Comics shows such as The Flash, Supergirl, and the recently concluded Arrow. This show came to the right place. I know I was ridiculously upset about it getting canceled before it even really began. The show is a stunner and I’m beyond thrilled to review it! So, let’s jump in!

This show isn’t playing around. What started with a mysterious boat ride ended with a group of men being violently murdered by the dark swamp. I was instantly invested. And the chilling opening credits!? Phenomenal! Not every show has the ability to capture an audience so fast. But, this one did it and continued to do so throughout the entire episode.

What you may not know about this show is that it originally premiered last year in May. Shortly after the first episode aired on the DC Comics streaming service, it was canceled because they had considered it a dud right out of the gate. Talk about tragic. It’s especially so because after the season finished it rated a 94% on Rotten Tomatoes and a 7.6/10 on IMDb. Its potential for so much more was so strong. I’m unbelievably grateful it’s being aired on The CW because it deserves so much attention and hopeful a second chance. Dark, gritty, and thrilling, I’m refusing to give up on this show. It’s a side of the DC Universe that has been unseen until now.

Filled with striking cinematography, incredible writing, and eye-catching performances, this show isn’t a dud. It’s a damn winner. DC Comics has been bringing out a lot of the comics that are not extremely popular over the last few years and done has a great job in doing so. This is no exception. It’s dark, chilling, and haunting which is perfect for the spooky month of October. 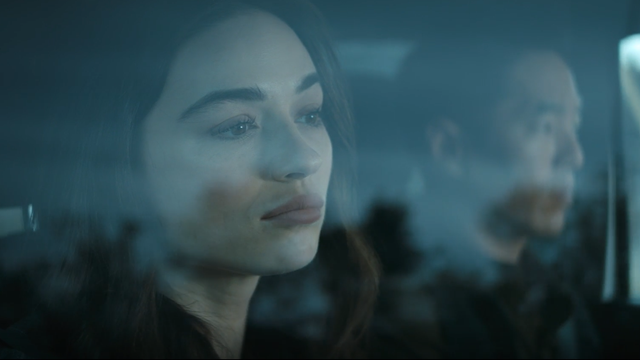 Abby Arcane (Crystal Reed), a doctor of the CDC, comes home to Marais when a mysterious illness breaks out in a little girl. There, she and the unconventional Alec Holland (Andy Bean) who’s studying the biology of the swamp. These two’s goals become intertwined quickly and their chemistry instantly crackles.

Abby’s disregard for typical rules and regulations of her own safety doesn’t come as a whim of rebellion but a determination to get to the truth to help others. While heroic, it’s obviously risky and bound to get her in trouble. However, it leads to unexpected and dangerous discoveries when she and Alec explore the depths of the swamp. They find themselves at the heart of a mystery that is destructive and deadly for everyone in Marais. That’s more apparent when Abby performed an autopsy on one of the men that had been in the swamp and the swamp reanimated it.

This determination to solve what’s happening out there is followed by a tragic part of Abby’s past. Revisiting old haunts and jaunts, Abby finds herself in the only bar in Marais, visiting her old friend Liz Tremayne (Maria Sten). There, she was hoping to get some info on anything happening out of place in town. Getting a glimpse of Madame Xanadu on the side was a magnificent bonus. I can’t wait for the master Voodoo priestess’s intro. However, a reminder of the blame for the death of her best friend, Shauna Sunderland by her mother, Maria Sunderland, leaves a bitter taste behind, but really garnered curiosity. That curiosity only grew when Abby admitted to Alec that Maria was right o hate her because she killed Shauna.

At the center of Marais, Louisiana is the Sunderland family. The family that owns most of the town and is even causing trouble out in the swamp with dark family secrets. Sure, they fit the stereotypical bill of the rich people that do skeezy and criminal things to get what they want, but I’ve got a feeling they have their own unnatural skeletons in the closet as well.

Will Patton and Virginia Madsen really outdid themselves when they stepped into the roles of Avery and Maria Sunderland. Easily mistakable for kind and generous, masks they wear too easily, they also do a phenomenal job of bearing that horrible veil of villainy very well. The death of their daughter. The going-ons in the swamp. Who knows what else is in their closet of skeletons. I sure can’t wait to find out. 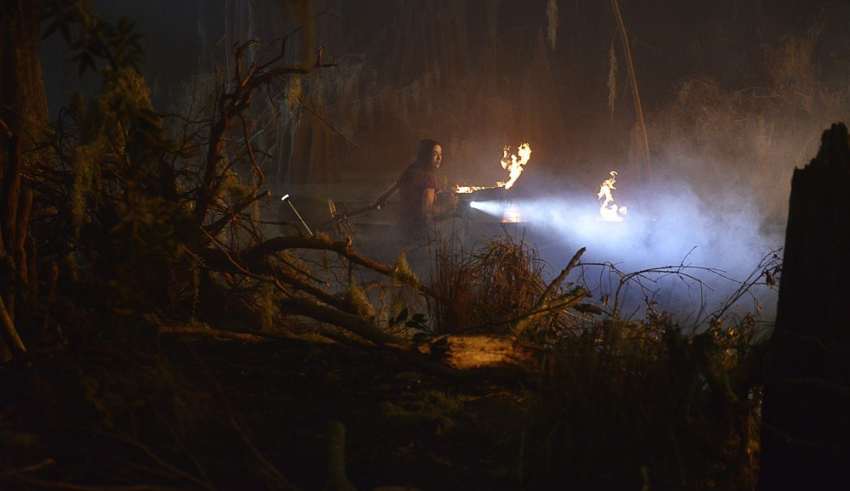 An ever-present entity in the DC Universe and ultimately what created Swamp Thing, I’m looking forward to seeing how it and Swamp Thing develops. An intuitive entity of environmental power and outright badassery, it gives a great perspective of the different forces of nature, not only just how deadly it can be, but how especially if it were to take on a more physical role in the world with an evident conscience. It’s epically apparent at the very end of this episode when Alec’s life takes a major turn. He’s saved by The Green. I can’t wait to see more of The Green’s presence throughout the season and see why it is Alec was chosen by The Green to speak and become its avenger. Is he the only one? Who is it fighting that it’s reached out for help?

What did you think of the premiere episode? Let’s chat in the comments below and don’t forget to follow us @capeandcastle on Twitter to keep up with other shows you love!