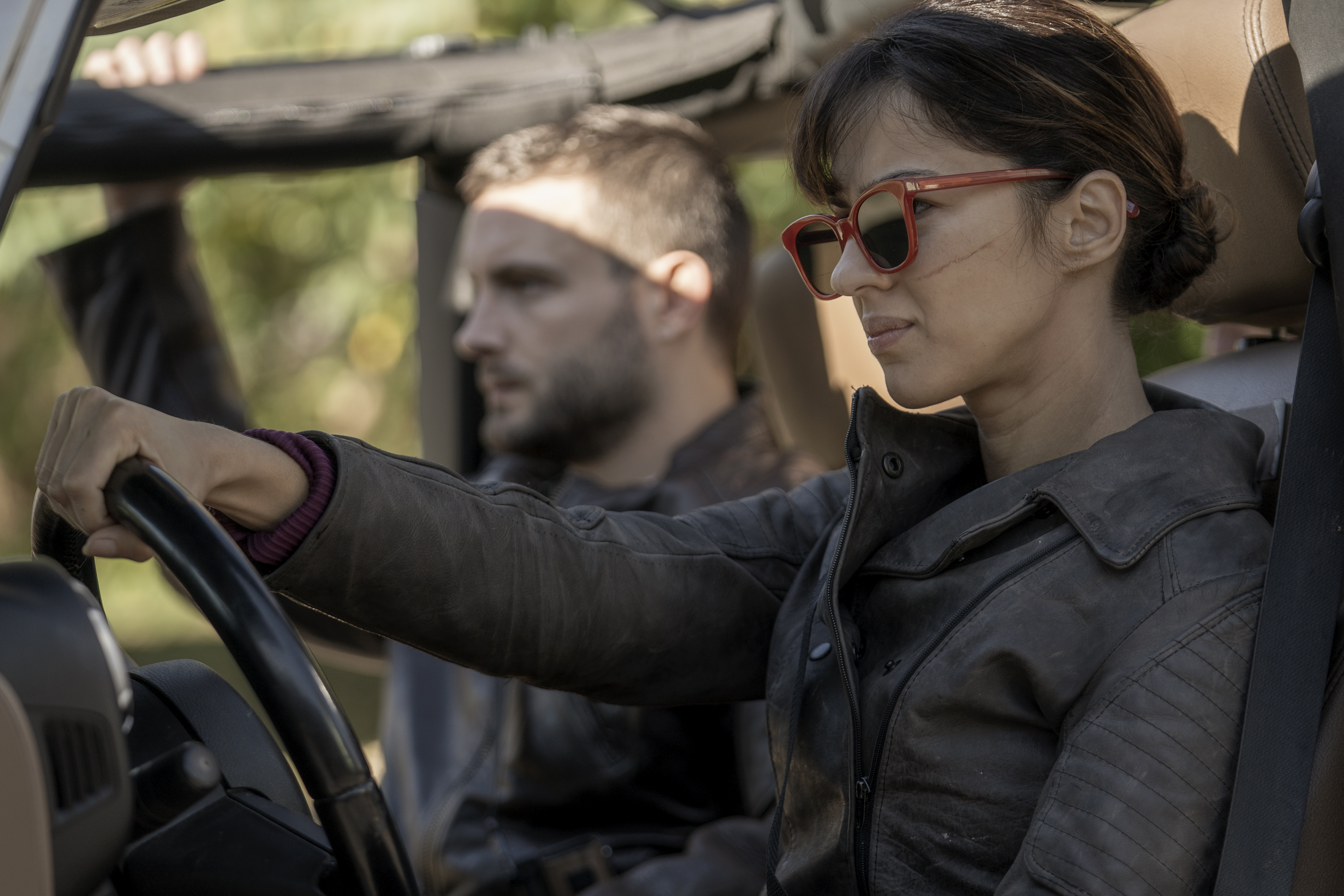 We were so ready for this premiere! We love The Walking Dead and Fear the Walking Dead, so another spin-off was definitely our idea of a good time. It’s also nice to know it will be a two-season, limited series event. Then we don’t have to worry about cliffhangers. Well, hopefully. So keep reading for The Walking Dead: World Beyond 1×01 review!

From the promos, we already knew a bit about some of the characters. But seeing them in action is a completely different experience. When it comes to Felix and Huck, they are literally two halves of a whole. Right from the start, you can tell they are the perfect partners and everything they do is in sync. Talk about friendship goals. They’re both complete badasses and can clearly communicate with one another using only a look. We’re so here for that. 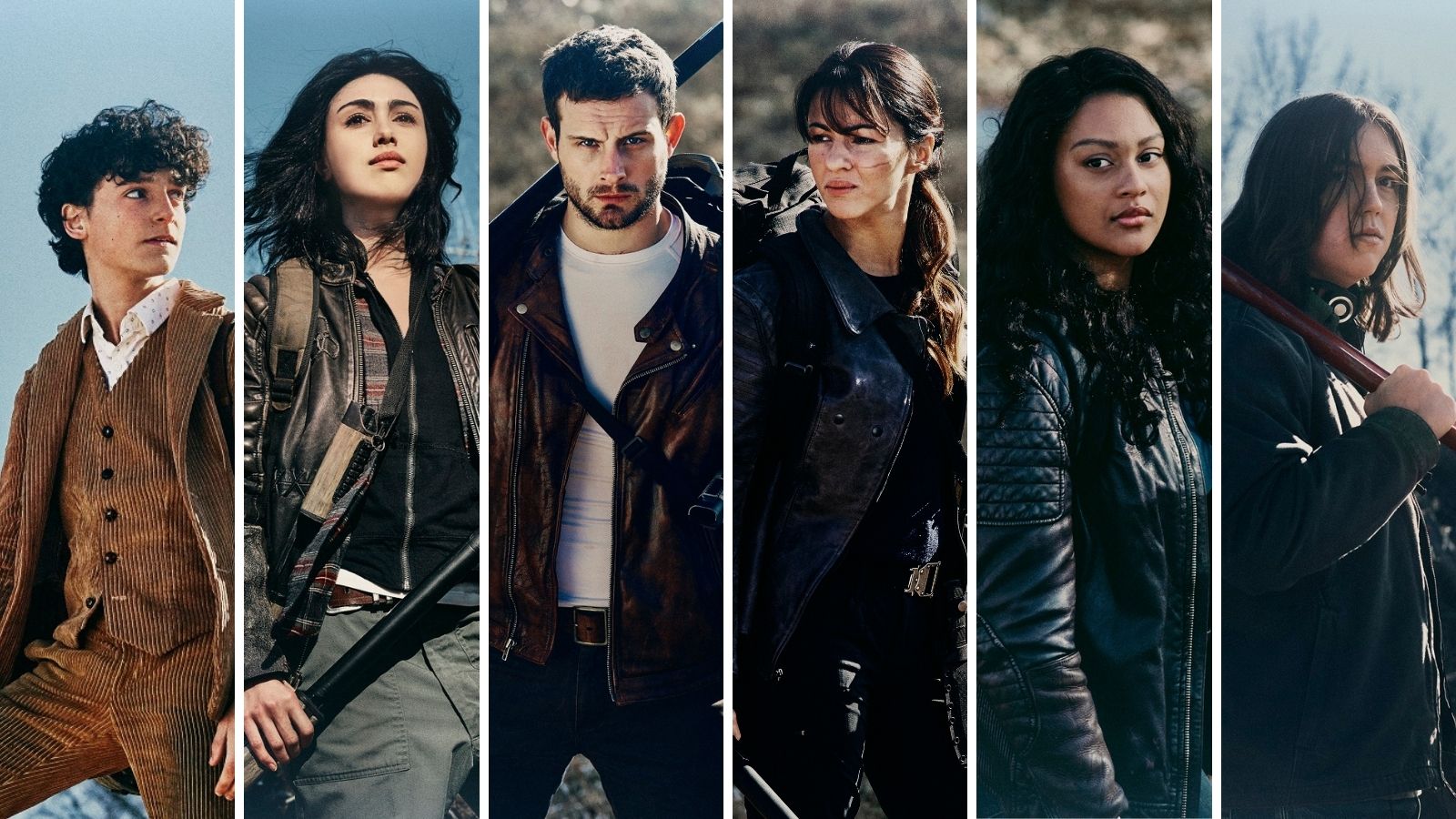 As for Iris and Hope, these sisters are definitely opposites. But it’s great to see that while they may be total opposites, there is so much love obviously between them. They challenge one another and are another example of a great partnership, though a little more unconventional than Huck and Felix. Their little team is made complete with Silas and Elton. Silas is more than a little misunderstood and has found a place with Iris and the others. Elton is extremely intelligent and brings a lot to the table for the journey he joins. The group clearly has a lot to learn, but there’s no better way to do that than by exploring.

Iris is the definition of a rule follower. While Hope is the definition of a rule breaker. Iris just wants to do the best she can for her community, regardless of her personal feelings. As for Hope, she wants to do what’s best for herself, and we can’t blame her with the world she is living in. But when it comes to saving her father, Iris and Hope are more similar than they realize. Silas, while quiet, doesn’t seem too worried about breaking the rules in a community that acts as if they couldn’t care less about him. And Elton wants more from his life. He wants to explore and be remembered for something more than just living inside the walls. All of these reasons bring this group together perfectly.

But we don’t feel like they are really prepared for the adventure they’re embarking on. And how could they be? No amount of training or reading books is going to prepare them for face to face interactions with empties. So we don’t blame Felix and Huck for heading out to save their asses. While Felix seems to do his best to follow the rules, sometimes you have to color outside the lines, especially when it comes to protecting those you love. So it’s a good thing he has Huck, to encourage Felix and give him the push he needs to cross that line when the time comes.

When their father reaches out to tell Hope and Iris that things aren’t safe for him and he loves them, we’re sure he didn’t expect them to go out and search for him. But he should have because they are his kids after all. Though we’re unsure of why he didn’t want Iris and Hope to tell Felix. He entrusted both of his daughters with Felix and had to know they would show him the first message. So why ask them not to show him the second one? Speaking of messages, we’re pretty curious as to why Elizabeth gave them a map to help them out. Is she really as good as she seems? We certainly aren’t used to officials like her being the good guys in these shows. But we’re willing to give her the benefit of the doubt. 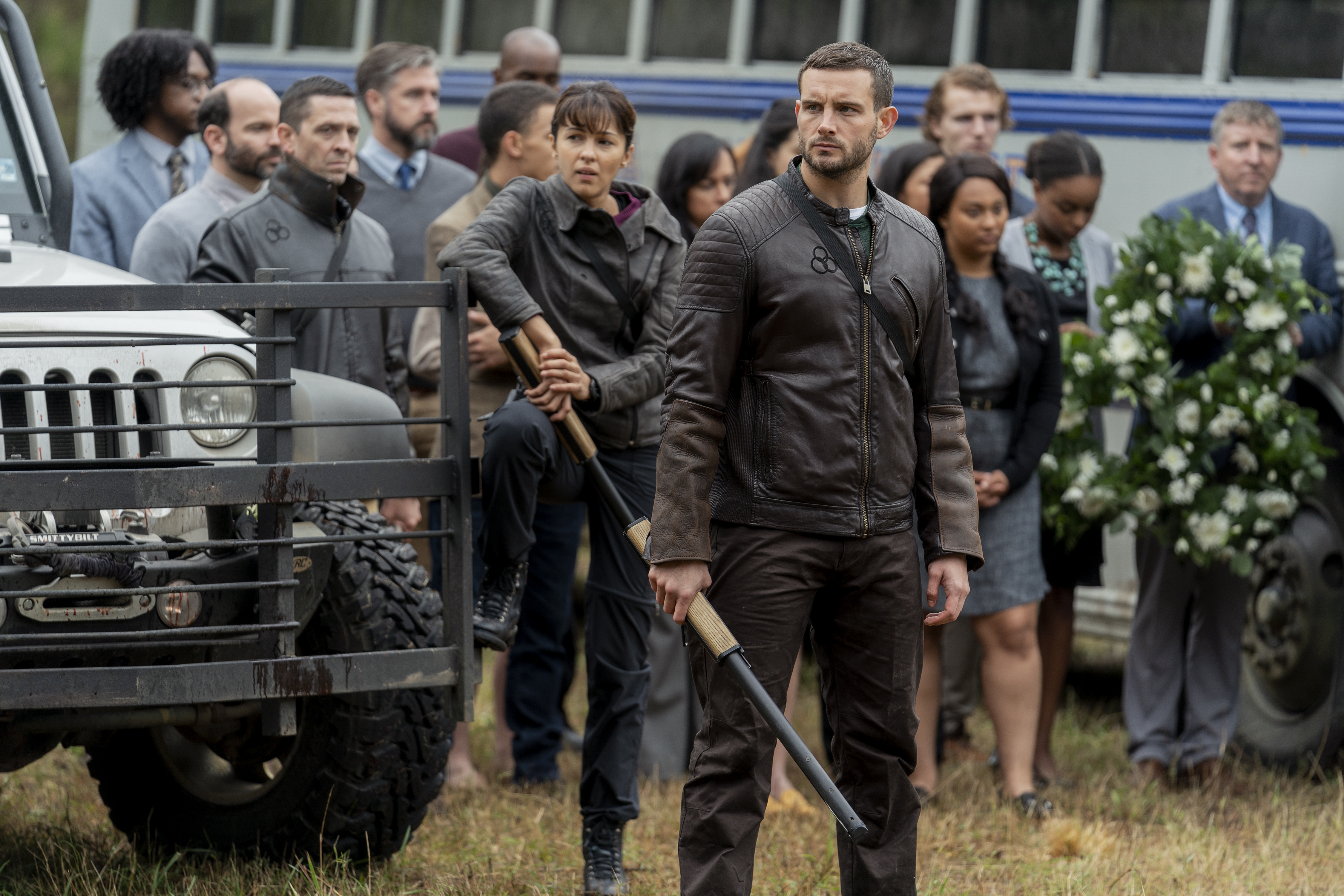 Felix is certainly in the same boat as us when it comes to being worried about Iris and the others dying on their journey. So he and Huck deciding to go after them was absolutely a good choice. Though we know there is a very good chance this group will surprise us with how capable they are, it doesn’t stop us from watching anxiously as they explore outside the safety of their community. But we will admit we are pretty excited to see their adventure! Overall, we loved this episode and we can’t wait to see more!

Will Huck and Felix be able to find the group before something terrible happens? Is Elizabeth as good as she portrays herself to be? Or is she hiding things and not really on the good side? Why would Iris and Hope’s father not want them to tell Felix about his message? Could Felix be hiding something as well? Find and follow us on Twitter @capeandcastle to discuss all things The Walking Dead: World Beyond! Be sure to also check out our site for more articles on all things Disney and beyond!