Mulan (2020) disappoints on many levels

On Friday evening of September 4, I was able to stream Walt Disney’s live action remake of Mulan on Disney+ with some friends on my college campus. It may have not been the big screen experience as previously anticipated, but it sure did release on its appropriate media platform. While the film does have top-notch cinematography, not to mention its breathtaking action sequences, the quality of its plot is so poor that it easily could have been distributed as a “straight to TV” movie in the first place.

I already had low expectations going into this feature ever since it was announced that Mushu and Li Shang would be absent and that this would not be a musical, yet I was hoping for it to still be a decent movie with its own take on the legendary female warrior. Mulan (2020), however, does not only fail to live up to the original animated classic but also does not deliver an authentic story as a stand-alone film.

A betrayal to the animated version

The movie’s biggest problem is its forced feminism. Being trained in martial arts and sword fighting from a young age does not make a woman “strong”. A woman does not even need to be the best at a particular set of skills, and she most certainly has nothing to prove to men. What a woman should be, however, is loving, selfless, courageous, and honorable. At least these are things that I aspire to be as well as values that I’d teach to my daughter(s) that I could possibly have someday in the future.

In the 1998 film, Mulan was simply an average girl who did not fit in with her society. The only reason that she went to war was to take her ill father’s place. She never had any sort of training growing up and was initially, most likely, the least qualified soldier to fight, yet none of that stopped her. She just wanted to save her dad’s life.

However, in the 2020 remake, Mulan was taught by her father how to fight. In other words, it was not really a big deal for her to run off to the military since she was not making as big of a sacrifice as the original Mulan had. Changing this major part of her character arc erases the sense of dignity that she was once known for.

Another admirable aspect of the animated Mulan was that she did indeed learn how to fight at the military camp and not only became the best soldier there but also China’s hero. She was the perfect illustration of how anyone and everyone can achieve anything and everything that they set their hearts and minds on with hard work and consistency. The live-action Mulan, however, teaches that one must come from a significant background to make his or her mark in the world. Sound familiar?

Mulan and Chen Honghui’s chemistry is not even in the same league as Mulan and Li Shang’s. It is very sad to say that a couple involving real-life people is inferior to an animated one.

Mulan and Li Shang had the perfect enemies-to-friends-to-lovers dynamic. Li Shang was even a well-established character on his own — an army commander wanting to make his father proud. Chen Honghui, however, was basically the Walmart Li Shang. His sole purpose was to pick on Mulan and be her potential love interest. He was even downgraded to being her equal in the military.

While producer Jason Reed did this for the #MeToo movement, it felt like another contribution to the movie’s forced feminism, as if a woman’s love interest is not allowed to have any form of authority. If anything, the original was more feminist, considering that Li Shang, the army commander, eventually relied on Mulan himself and accepted her for being the remarkable warrior that she was despite her gender. To say that I missed him while watching the live-action remake is surely an understatement!

If you think that Mulan (2020) only stole the “Rey Skywalker” concept from Star Wars: The Rise of Skywalker, you’re wrong. The remake’s villain, Xian Lang (aka the witch), is literally a one-dimensional Kylo Ren/Ben Solo. Both characters wanted to lead an honorable life, but after sudden betrayal and feeling unaccepted by the world, they fell to the dark side. Unlike Kylo, however, I was unable to feel any sympathy for Xian Lang since her arc was so underdeveloped.

The film even gypped ‘Reylo’ (ship name of Rey and Ben Solo) with Mulan and Xian Lang’s platonic relationship. Just like Reylo, Mulan and Xian Lang both tried convincing each other to join their opposing sides since they could relate to the other.

Only difference was that Mulan and Xian Lang lacked a close bond (or should I say force-bond) like Ben and Rey had, which was why it felt completely out of place for Xian Lang to sacrifice her life for Mulan just as Ben did for Rey.

The Star Wars sequel trilogy was not the only movie franchise that the Mulan remake ripped off. The shot of the phoenix’s wings spreading out from behind Mulan looked like director Niki Caro copied her homework from The Hunger Games: Mockingjay Part 1. 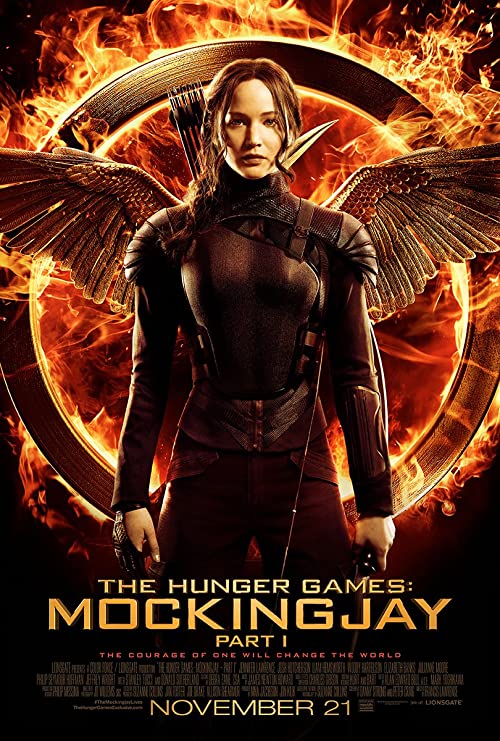 Let’s also not forget about how the witch warrior appeared as a bunch of ravens attacking Mulan.

Tell me they did not steal this scene from Divergent.

Or Snow White and the Huntsman.

Seeing aspects of all of these mentioned movies while watching the second half of Mulan (2020) made it extremely difficult to finish. I will never understand Disney’s logic of making vast changes from the original feature only to produce a story that has already been done before in numerous ways.

Finally, the thing that killed me the most in this film was that it had the audacity to replace the beloved and iconic, tiny dragon – Mushu – for a phoenix that looked like a horrendous CGI kite.

Mushu added flavor and humor to the animated classic. The Phoenix, on the other hand, only added on to the new film’s existing stupidity. Unforgivable!

One part that I did strongly appreciate from this version, however, was the concept of Mulan eventually deciding to own up to the fact that she was a woman herself rather than just simply getting caught like she did in the animated film. The great emphasis on honesty in this remake is definitely the best thing it has to offer to viewers.

Other than that, my friends and I collectively agreed that this movie was certainly not worth $30 and were very glad that we each split the cost. I do not even think this is worth anyone’s time and energy either. While I still stand by the fact that The Lion King is the worst Disney live-action remake, Mulan easily wins second place.

Did you stream Mulan (2020)? How did you like it? Tweet us your thoughts @capeandcastle! Make sure to also stay up to date with our site to be in the know of all things Disney and beyond!