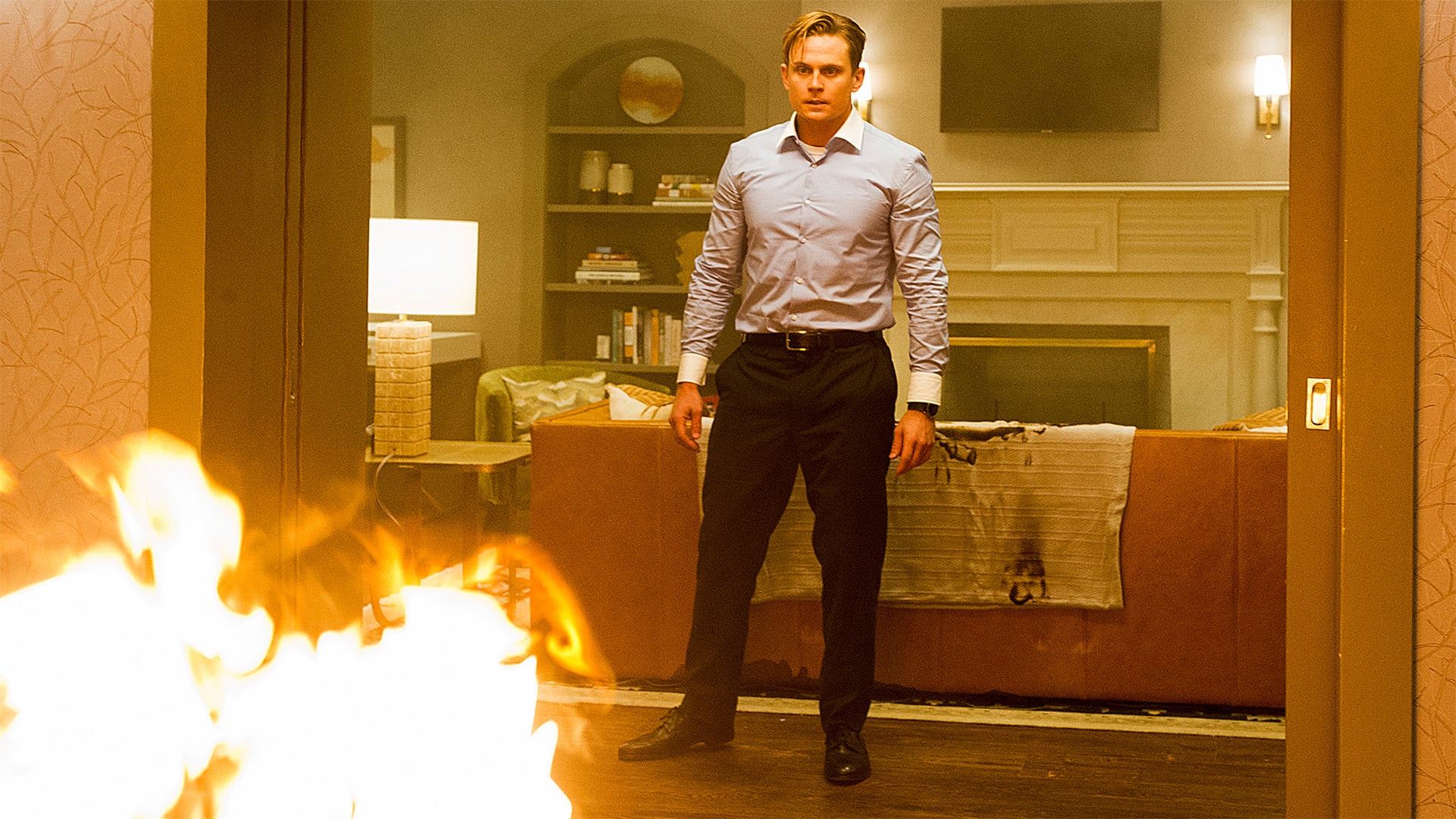 Last week on Tell Me A Story “Chapter 9: Deception” (review here), each of these fairytales went to dark and dangerous places that while it was expected, it was shocking. This week, we officially came to the end of these twisted tales. The entire season has led up to these epic moments where choices are made and bittersweet goodbyes are said.

After being kidnapped, Colleen (Kim Cattrall) awakened in a hotel room and Nick (Billy Magnussen)—er, Josh—immediately trapped her with the intention of luring Kayla (Danielle Campbell) to them. He was forthright about following Kayla to the city and even injuring her teacher so he could be the substitute teacher. He’d had this planned from the very beginning. And he still shocked me as he continued to grow more and more murderously insane.

While this situation put a strain on the progress Kayla and her father were making, it also brought them closer together. Both of them had some apologizing to do. Her, for getting involved with Nick and putting her family in danger, and him, for not being present enough in his daughter’s life to maybe have had a chance to stop this.

Tell Me A Story via The Movie Database

Kayla donned the signature red cloak AKA the raincoat seen at the beginning of the season. Then she was off to save her grandmother from the big bad wolf. Mind games and major truths bared during a game of truth or dare the two of them to play. This led Kayla to make a deal that ended in fire and blood.

This arc ended in a final battle at home where Kayla faced Nick on her own. She succeeded in saving herself and regaining a piece of herself that she’d lost. It’s a terrifying moment but also triumphant with solid closure.

This is a story I always enjoy. Though Red makes the mistake of letting the Big Bad Wolf in, she makes amends for it and becomes her own hero. Of course, in the original, it’s the woodcutter that saves grandma and Red, but I like this one better.

Hansel Gets Her Brother Back

Hannah (Dania Ramirez) and Terry spied on Katrina (Becki Newton) and Esther as they continued to devise a plan to get Gabe (Davi Santos) back. Katrina was officially in panic mode and revealed that if she didn’t get those diamonds, she and Esther would end up dead just like Katrina’s father did. Their plan came up short when Hannah captured Esther. A beautiful strategist, Hannah is. But, so is Katrina. The two went head to head and while Katrina but it ended with Hannah and Gabe being reunited.

It’s Hannah’s military skill and Gabe’s willingness to do anything to protect his sister as she does for him that saves them. Their bond and love for one another prove that nothing can break a family. Not drugs, distance, or a mob boss. They get close to escaping, but Katrina got in their way. This final showdown didn’t disappoint. Katrina winds up with her face getting mangled of a hot stovetop–the iconic witch in the oven nod–and ended up getting stabbed to death. This was a fantastic scene! It gave way to the ugly witch of the tale and made her ugly on the outside like she is on the inside; a theme that never goes out of style.

The dynamic of Hannah and Gabe has to have been one of my favorite parts this season. While Hannah is the logical and strong one, Gabe is the more empathetic and sensitive. The typical gender roles that are familiar in men and women in shows are flipped in this tale. That gave so much life to this fairytale. 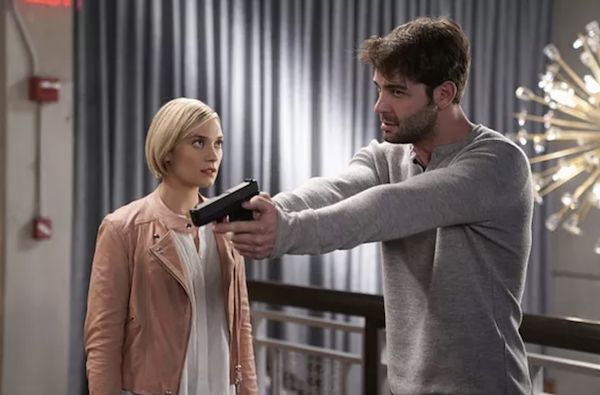 The Wolf and His Conscience

Jordan (James Wolk) was visited by Beth again; hopefully a sign he’s regained some of his wits. This occurred after he discovered that the detective who tried to help him was found dead. Feeling like there was no other option, Jordan went to Sam’s (Dorian Missick) house. With the unwilling help of his wife, he retrieved the diamonds and shared just how Sam got his hands on them.

This was such a groundbreaking scene and also a devastating moment for this arc. Jordan finally had somebody to tell the truth to who believed him. It’s the most pivotal one, too. The one who will crash Sam’s house down to the ground from the inside. When Jordan was cornered by Sam and the dirty cop that killed the detective in the last episode, he quickly made for a smart escape. Instantly, he had the two cops turning on each other, using Sam’s inability to trust others against him.

This was a bittersweet ending. While Sam was dealt a hand by karma, having gotten hit by a car, Jordan was shot by him just moments before. It’s tragic, yet, he received his justice for Beth and then went on to be with her after death.

It’s the hotel that Katrina owned and Kayla’s father worked at that served as the main ground for each of the fairytales interweaving collisions and endings. Each of them connected in one subtle way or another. Yet, while the endings each tale had me holding my breath, I wasn’t fully impressed. It felt anti-climactic compared to previous episodes in the season, with Red’s being the only one that felt otherwise.

This isn’t a show about heroes and villains, but about the darkness within humanity. The way it twists people into something unnatural. The fairytale overlay reminds all of us that we can’t live life with rose-colored glasses all of the time or else we miss what’s between the cracks.

However, the season was at its peak overall with its storytelling and brought the true original tellings of these tales into the real world. The impact and how realistic scenarios were blended with them was impressive and entertaining for sure.

What did you think of the season finale? Let’s chat in the comments below and don’t forget to follow us @capeandcastle on Twitter to keep up with other shows you love! Tell Me A Story will return on October 13th, 2020 with season 2!