This film was truly delightful. We’re pretty big fans of anything about Sherlock Holmes, so we were into it right off the bat. Plus, the film had some impressive casting choices such as Millie Bobby Brown, Henry Cavill, Sam Claflin, Helena Bonham Carter, and more! So it’s fair to say that we had some high expectations going into our watch of Enola Holmes. But this Netflix film far exceeded those expectations. Before you continue, while we do our best to stay away from ruining the whole film for you, be aware there are some spoilers! So let’s get into it!

While we love Sherlock Holmes (especially with Henry Cavill in the role), we definitely appreciated this take with the focus being more on his younger sister, Enola Holmes (Millie Bobby Brown). But we also have Mycroft Holmes (Sam Claflin), the middle sibling, joining the fray. When Enola’s mother goes missing, her brothers Mycroft and Sherlock find their way home. While Mycroft seems more interested in forcing Enola to be the woman he thinks she should be, Sherlock seems a bit more interested in who Enola already is. 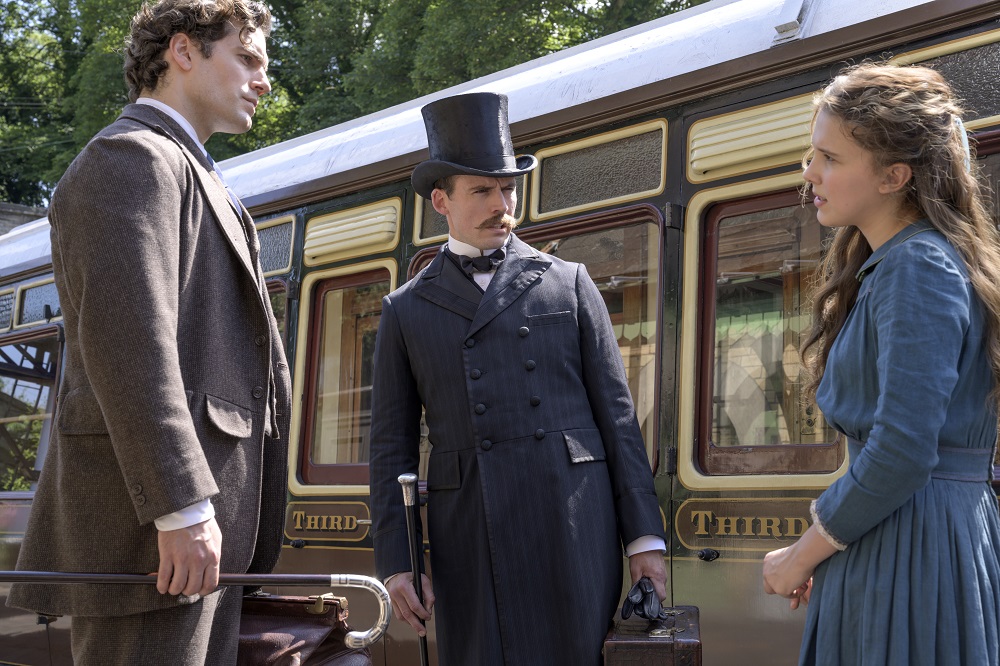 Meanwhile, Enola doesn’t particularly care what either of her brothers thinks of her. She’s learned everything she needs to know from her mother. Enola Holmes is independent, capable, daring, brave, and inspiring. Finding her mother is what starts Enola on her journey. And while it’s part of what motivates her to keep going on that journey, her clear love for adventure is also a major part of that motivation. As viewers, we were immersed in that journey from start to finish.

Darkness at the Edges

While the film is overall light and fun, there are so many deep messages within it. Enola finds herself using Sherlock’s shadow to get her foot in the door to solving mysteries. But she only does so long enough to get herself a spot right next to him. Which is more than a little fitting with the film being set during the time of women’s suffrage. Enola Holmes invoked us to feel a lot of emotions while watching, more than expected truthfully.

There are times of pretty intense action that had us on the edge of our seats. Some of those times even had us feeling a tad creeped out. Men lurking behind doors, and almost drownings. Plus, things get a bit intense at the end with a bit more violence than we expected from the majority of the film being on the lighter side of things. Every time Miss Harrison was on screen, we found ourselves feeling more anger toward her than we would expect. Honestly, we kept waiting for someone to just punch her in the throat. Ah, wishful thinking. When it came to Mycroft, we did our best to try and reserve judgment, but at every turn, he was just pissing us off more and more.

While it was great to see Enola constantly saving herself, once Mycroft got a hold of her, we were a bit worried. Especially since it seemed that Enola was resigning herself to being who Mycroft wanted her to be. So we will admit that we were hoping Sherlock would find his way to her and stoke the fire still inside of Enola. We know Enola is certainly capable of taking care of herself, but Sherlock making an effort to strengthen their bond that was weakened by time was incredible. And we got even more than we expected when Sherlock not only did that but complimented Enola on her detective skills. The relationship between Sherlock and Enola is certainly one we can get behind. 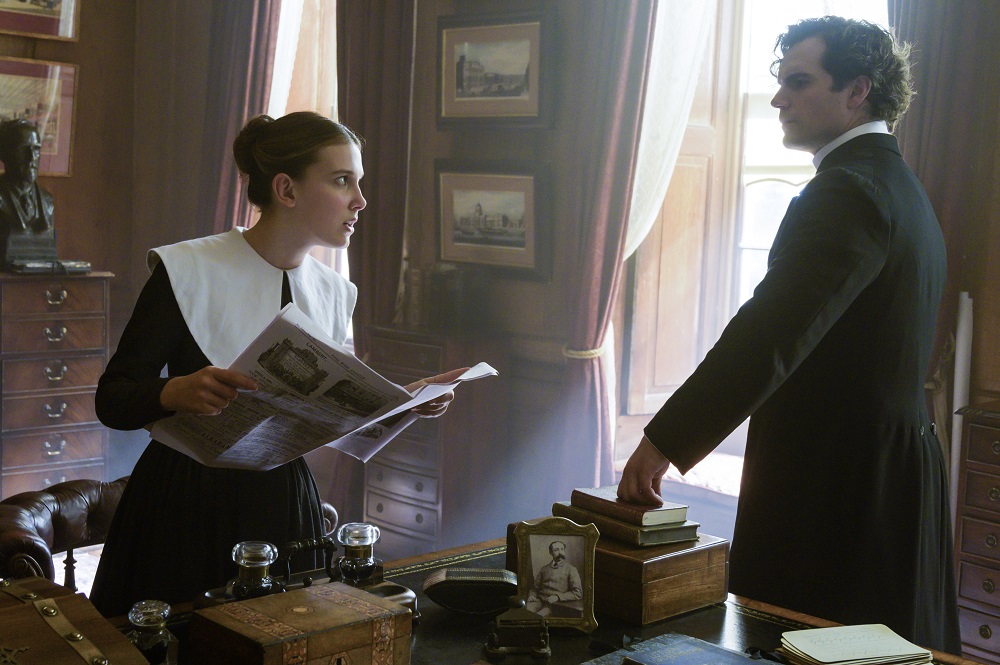 We expected Enola to be a hero and we certainly weren’t surprised that Sherlock made some heroic moves, though a little late. And we were especially happy that he took over the duties of being Enola’s ward from Mycroft. But we were pleasantly surprised by Tewkesbury (Louis Partridge) and his heroic acts. Especially since he had a difficult time just telling Enola thank you for saving his life when they first met. But he really came into his own throughout the film and became a hero in his own right. He even made moves to save himself at the end.

Overall Thoughts and What’s to Come

Enola Holmes is a bright and fun adventure that we think will keep you interested from the moment Enola flies off her bike to her final time breaking the fourth wall. While the film is just over two hours, it certainly didn’t feel like it while we were watching. Enola grows up a lot in this short span of time and she really comes into her own. She and her brother Sherlock are also much more similar than they realize in all of the best ways. Some moments had our hearts racing and adrenaline spiking. But there are just as many absolutely heartwarming moments. Moments that will have you cheering, like when Enola finally nails the corkscrew move. The twist at the end was one that we certainly never saw coming. Was it the same for you, or was it exactly like you predicted?

Did you watch Enola Holmes on Netflix? What did you think of the film? How about those casting choices? Who was your favorite character? Do you think there will be a sequel, or should be one? We know we would love nothing more than to see Sherlock and Enola solving mysteries together! Find and follow us on Twitter @capeandcastle to discuss all things Enola Holmes! Be sure to also check out our site for more articles on all things Disney and beyond!