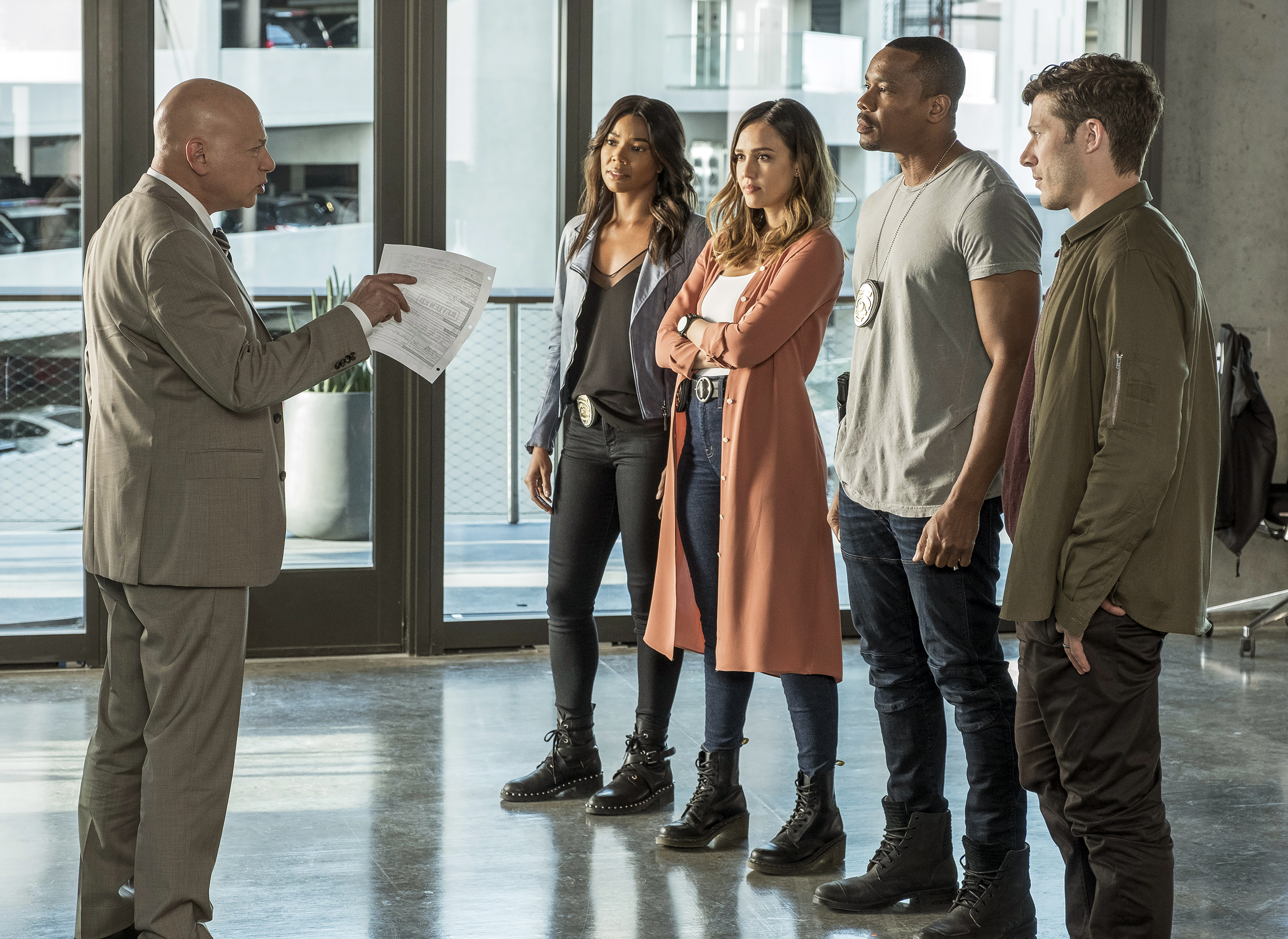 Syd is back! And she is as fierce as ever in this Bad Boys spinoff series! Along with the equally badass Jessica Alba as Gabrielle Union’s partner, we were ready for this series to hit FOX! The cast is nicely rounded out with Duane Martin and Zach Gilford as Ben Baines and Ben Walker. While these two didn’t make big waves in the first episode, we defintiely enjoyed the Bens and hope to see them play a bigger part in things with Syd and McKenna as time goes on. The pilot episode started things off action-packed right from the getgo and didn’t let up the entire first episode. So keep reading for our L.A.’s Finest 1×01 review!

McKenna and Syd have some pretty impressive chemistry and make for some great best friend goals. Even when they aren’t in agreement. But their differences and disagreements are part of what makes their partnership so beautiful. McKenna and Syd live two very different lives and see life and their jobs in very different ways. So when they come together on or off the clock, it makes for a great adventure. And a dangerous one. Since it seemed every time we turned around in this episode, there was a gunfight or bomb going off. Yeah, things are certainly not going to be boring with these two. Add in that there are going to be some issues between them that will need to be worked out sooner rather than later, and you’ve got us convinced that we are never going to be bored. 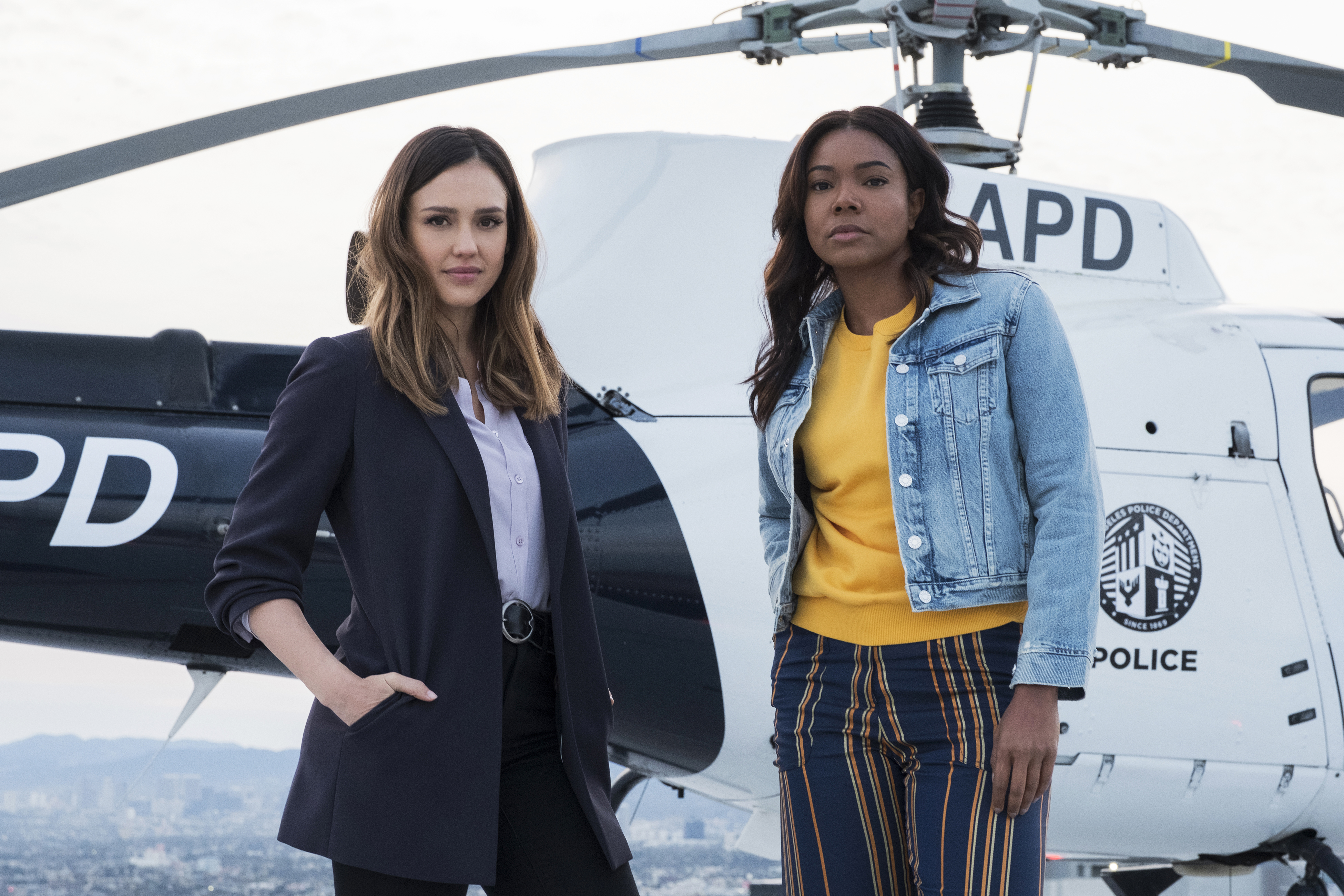 Syd is living her life without deep romantic connections. Any woman or man that stays the night, certainly doesn’t stay long in the morning. Just to be safe, Syd has coffee to-go cups ready for them to grab on their way out the door. It certainly doesn’t seem she’s interested in a second night with any of them. Meanwhile, McKenna is living life happily married in the present with a stepdaughter and prosecutor husband. But her past certainly seems to be a bit more on the shady side. Which has us wondering if maybe that’s part of what connects her to Syndey in such a way. Nancy gets her on a deeper level than it first appears.

Listen, we agree that it seems pretty unlikely for this much action to happen in such a short period. There was an awful lot of shootouts and action. While that was awesome to watch from start to finish, we do get that it’s probably not extremely accurate. But we’re not going to lie and say we’re mad about it. Because it was freaking awesome to watch and we are more than okay with putting reality aside to watch Sydney and Nancy kicking ass all over Los Angeles. Yeah, we’re okay with that.

Because these two get things done. They take risks that don’t always seem necessary and they don’t follow all the rules. But that’s because they don’t hesitate and are willing to do whatever it takes to protect innocent lives and take the bad guys down. Though we’re sure it’s absolutely going to lead to some complications. Sydney was already fired from the DEA according to Walker and we still don’t know why. But looking at her actions just in this first episode, we sure do have a few guesses. Either way, either from superiors or bad guys higher up on the criminal chain, we’re sure there are going to be consequences to the moves Syd and McKenna make. Especially Syd. Come on, you can’t just torch a club and think it isn’t going to come back and bite you in the ass at some point.

We think this show is off to a pretty promising start and we were left with a lot of questions at the end of the first episode. There’s a lot more depth than what first appears her and we kind of like that we weren’t just handed a backstory. Sure, we watched Bad Boys II so we know a little bit about Syd. But there are still a lot more blanks left between where she was at the end of that movie and here. We’re desperate to know what exactly went down with her being fired from the DEA to her being a detective with the LAPD. Then there’s Nancy, who certainly has more to her than meets the eye. With little parts of her past coming to light, we’re just as excited to see how she made these criminal connections and what exactly she did in her past. 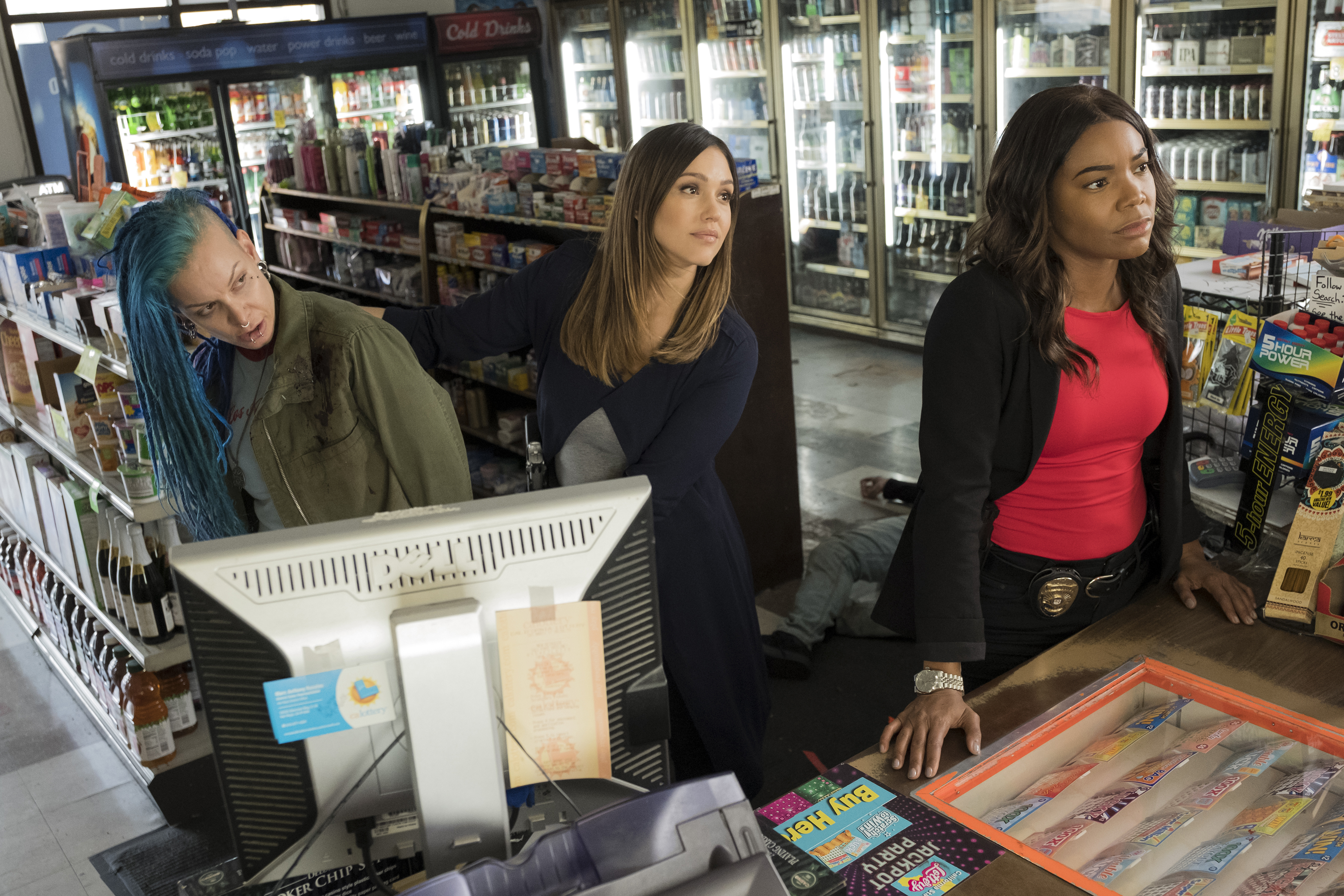 What did you think of the first episode of L.A.’s Finest? Do you think Syndey and Nancy make an unstoppable team? What dark secrets do you think Nancy is hiding? Will she ever reveal them to Sydney? What will Syd do when she inevitably finds out about them? Did you agree with the way Syd handled the situations around her or do you think that she needs to follow the rules a bit more, or at all? Or do you think that the fact she and McKenna get the job done is the most important thing? And what about the Bens? Will that duo prove to be as badass as Nancy and Syd? Find and follow us on Twitter @capeandcastle to share all of your thoughts on L.A.’s Finest! You can also check out our site for more articles on all things Disney and beyond!