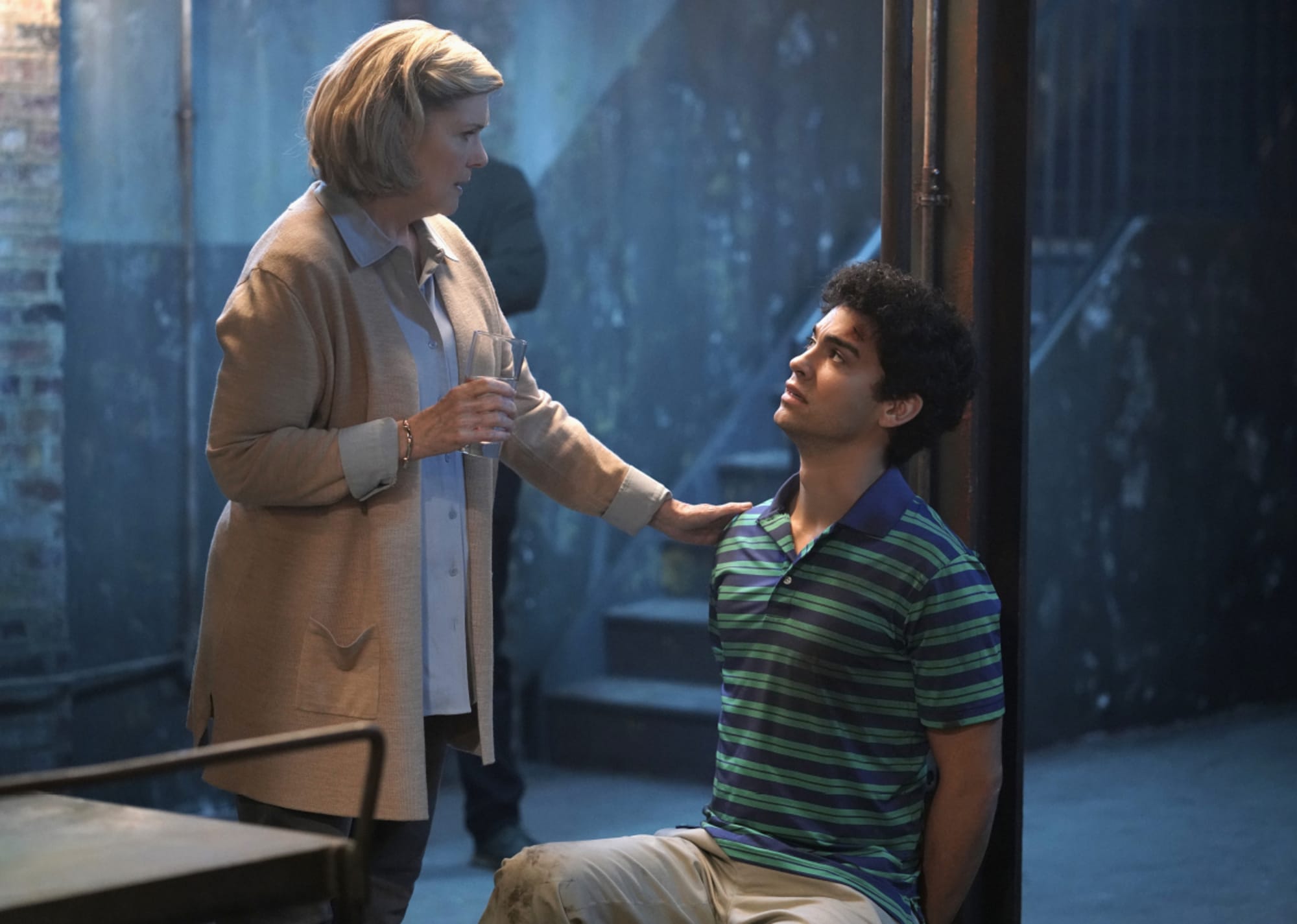 Last week on Tell Me A Story “Betrayal” (you can read the review here), everyone was betrayed in some form or another and probably in ways they didn’t realize. The tales blended together just a bit more as the show came closer to its ending. It did so tonight as well when Kayla, Jordan, and Gabe each came face to face with a truth that put an even bigger and unexpected twist on their tales. 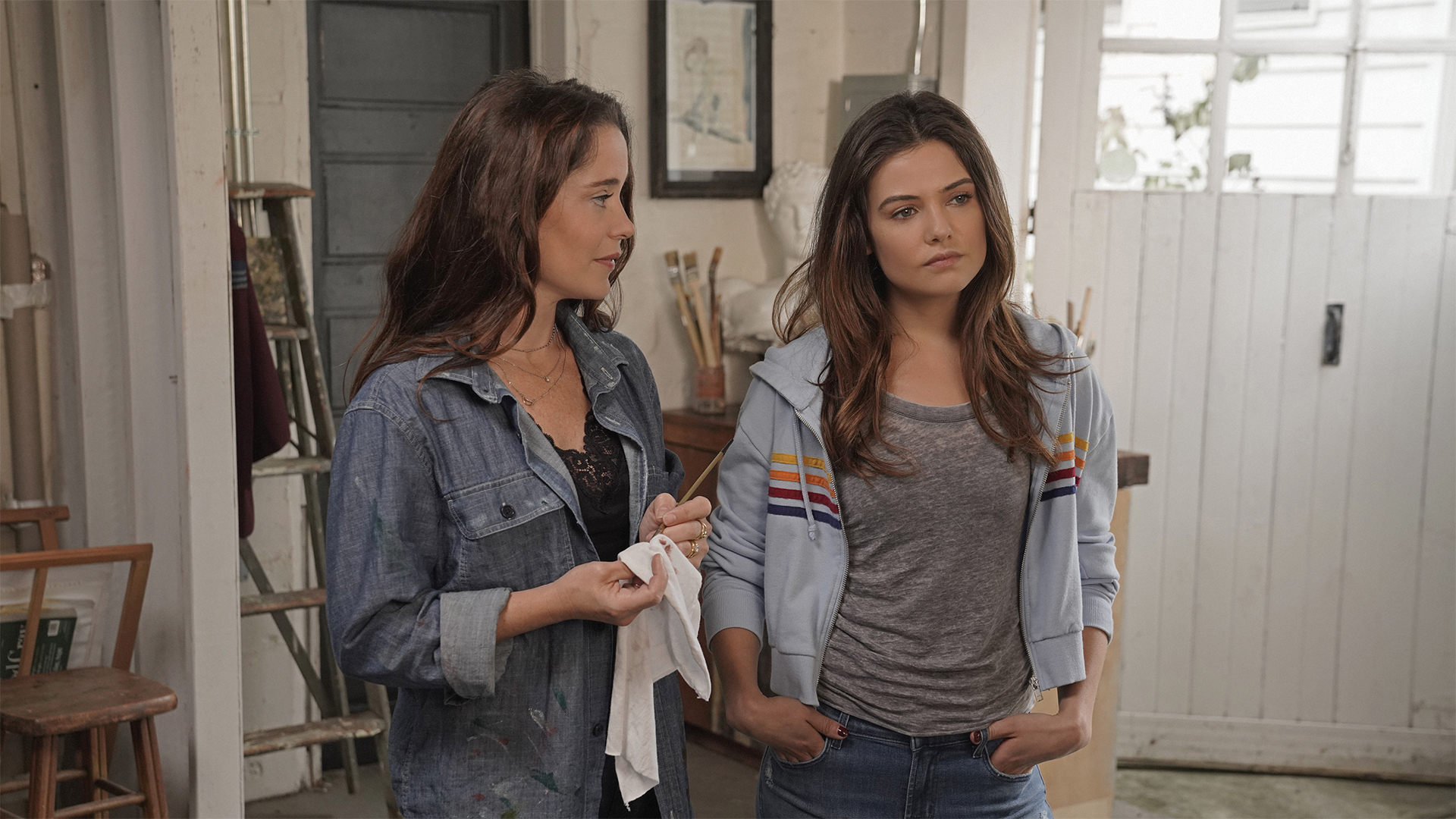 Nick (Billy Magnussen) nearly caught Kayla (Danielle Campbell) in his apartment, but she got lucky and was able to get away. Still, why does he have her mother’s painting? It’s a question I deeply needed an answer to, which I got in this episode. Flashbacks of Kayla and her father’s life before New York flood this episode, and Abby Powell made an appearance.

Kayla faced more than one dark truth when shocking secrets about her mother were revealed this week. Turns out, her father wasn’t the one having an affair. Her mother was and with Nick whose name is actually Josh. This shocker sent an ugly and revolting chill down every notch of my spine because he’s also had a relationship with Kayla.

Even more horrifying, he was also the one that caused her accident and then killed her at the scene. And, Nick’s delusion that he and Kayla love each and are meant to be only added to it.  The epic reveals truly felt like something twisted out of a V. C. Andrews novel. Completely over the top, but entertaining as hell, keeping me gridlocked on this arc with its massive reveals.

Tell Me A Story – Hidden Remote

Gretel’s In the Oven

Gabe (Davi Santos) awakens, locked up in a basement and the old woman who snatched him, Esther, demands to know where the money Hannah (Dania Ramirez) hid is. Hannah returns to her apartment to discover Terry there and is grateful that he’s alive. The two work together to hatch a plan to get Gabe back. They’ll have to hurry, too, because the old broad is making quick work out of torturing him.

“We all have scars, Gabe. Scars are good for us. They remind us, teach us, let us know we’ve lived.”

It was obvious that Gabe drank in those words as they reminded him of Hannah. They highlighted this moment in their arc because though they’re apart they’re not weak. Gabe managed to break himself free but it was short-lived. Katrina caught him as he came out of the basement and up into the kitchen of the hotel restaurant Kayla’s father works at. Rather than help him, Katrina had him sent back downstairs, revealing she’s the boss of this entire operation. Talk about shady!

Things were brutal for Gabe and Hannah this week. They almost got away but were caught once again. Now, Gabe’s life hangs in the balance. For Hannah, she’s back on the battlefield, trying to protect those she cares about most. I’m glad Terry has her back. The man is solid and because nobody is as they seem in this show, I’m seriously hoping he doesn’t have some agenda. 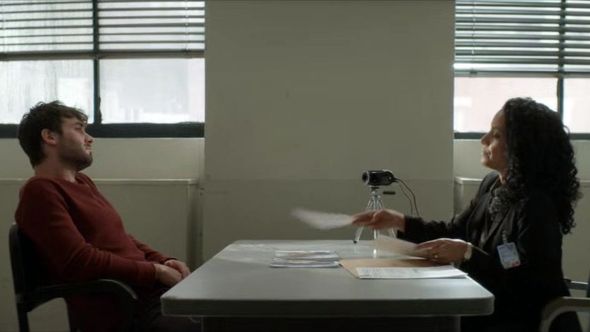 Tell Me A Story via Serienjunkies

Jordan (James Wolk) gets brought in to the police station for questioning about Eddie (Paul Wesley) and his girlfriend’s death. Of course, he’s got nothing to say. That changes when a detective walks into the interrogation room to talk to him. Color us stunned that the detective is Sam (Dorian Missick). The third pig is in law enforcement! That one caught me off-guard! There’s an ill irony to that. It certainly brought things to a head for Jordan who discovered that the police really can’t be trusted, though he was ready to tell them the truth.

When Sam visited him later in the episode, his monologue about his job as an officer of the law doesn’t give him justice for his actions but just the opposite. He so deeply believes that everything he’s done is okay and that he and Jordan can come to some sort of arrangement. I’m like Jordan however. Completely stupefied and feeling helpless. This man is manipulating what it means to protect and serve. Honestly, if he hated his job so much, he should’ve just quit.

It’s hard to know what’ll be coming next for Jordan. The ball is in Sam’s court, so everything is up in the air. While Jordan has done well in keeping up his charade as the big bad wolf, he’ll have to go from having more bark to having more bite when it comes to the dirty cop.

This had to be of the most shocking episodes of the season. Unexpected twists and turns throughout the entire hour and I was hooked on them. There wasn’t a single moment I wasn’t invested and I was actually hating the commercial breaks more than normal.

The truth came swiftly and painfully for our tales in this episode. Some truths were straight-up shockers while others came with acceptance and understanding, allowing the chance to move forward. The winner has to be Nick being the one to kill Abby Powell. Learning that he’d been with Abby and then targeted Kayla sends a strong and scary message about the dangers of not just pedophilia, because Kayla is underage, but stalking as well, seeing that Nick has an obsession with the Powell women, and it’s obvious he has no intention of leaving Kayla alone. Hopefully, she doesn’t join her mother. Knowing that Little Red Riding Hood ended with the big bad wolf being dead, we’re confident she won’t. However, these tales have been taking us places we didn’t expect. To tell the truth, anything can happen.

What did you think of this week’s episode? What surprised you the most? Let’s chat in the comments below and don’t forget to follow us @capeandcastle on Twitter to keep up with other shows you love!