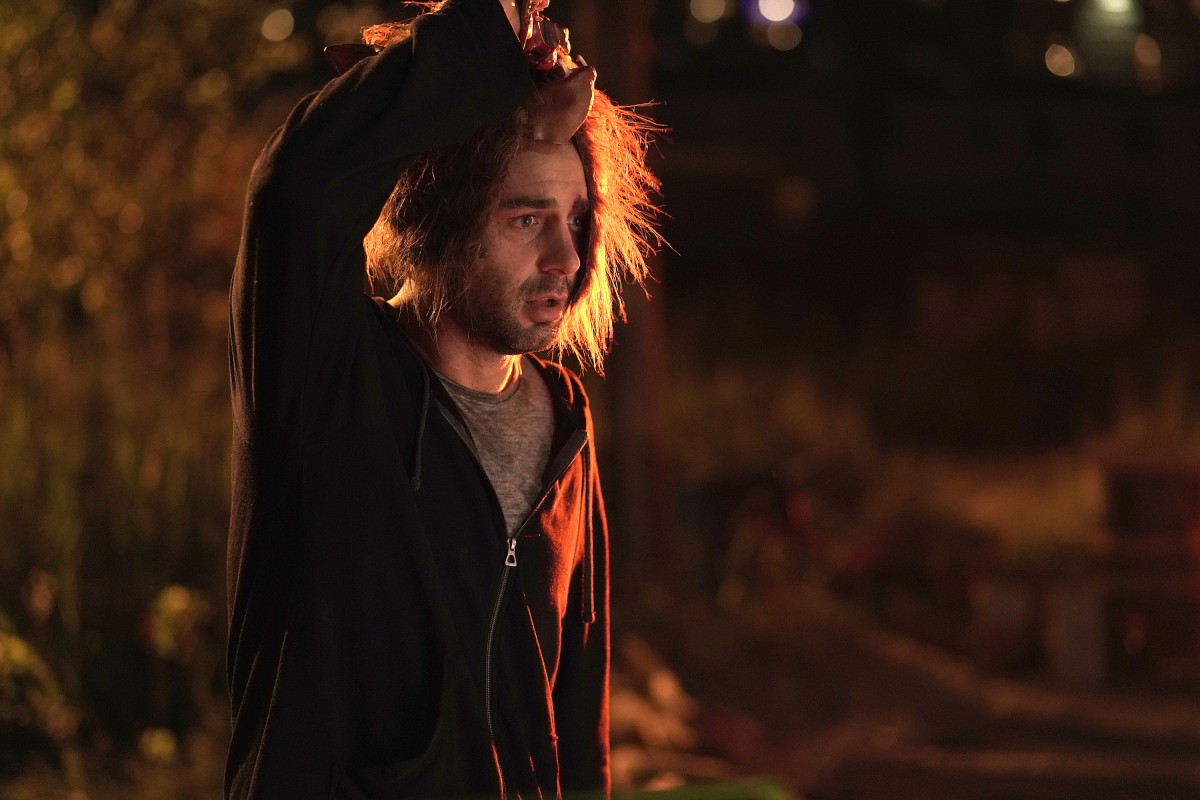 The heartache-ridden and disturbing discoveries from last week’s episode “Madness” still haunts me. This week on Tell Me A Story, it only grows as guilt erupts in these tales. Eddie is at his breaking point. Kayla’s realizing that she doesn’t feel the same intense way that Nick does for her. His obsession continues to grow into something deadly. Gabe realizes that Hannah was right about their mother.

The Big Bad Wolf Gets Ready to Huff and Puff

Mitch (Michael Raymond-James) gives his brother Eddie (Paul Wesley) and his girlfriend some money to help get them out of town and out of the mess with Jordan (James Wolk). He then touches base with Sam (Dorian Missick), the third pig. He discovers the hold-up with the money he and Eddie are supposed to receive for the robbery. Hannah (Dania Ramirez) has it. It’s the cash she and Gabe took from the dead guy. Eddie was working on getting out of town. But he discovered his gun mysteriously appeared in his dresser, making him wonder if Jordan returned or if he really forgot where he put it. 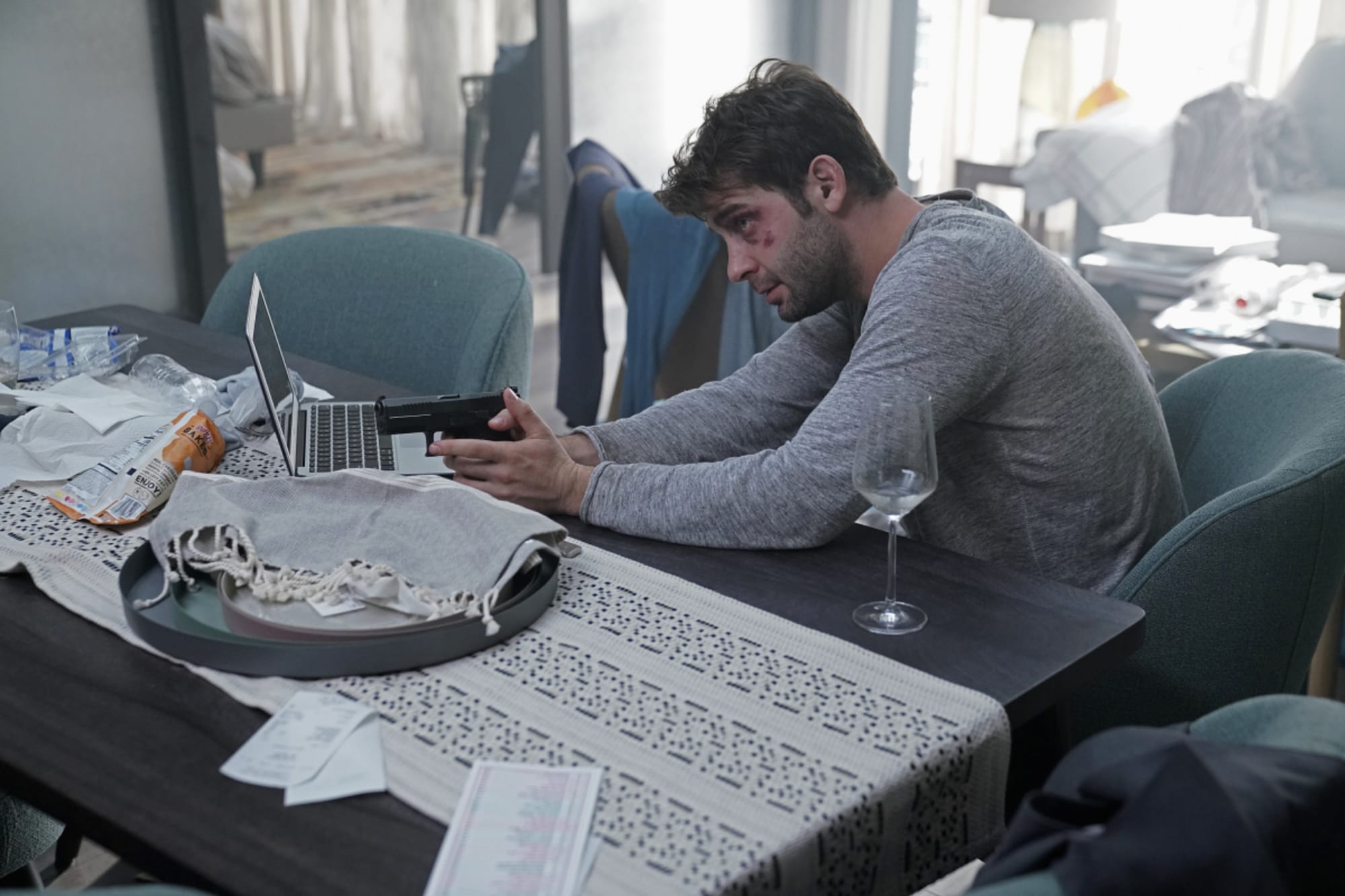 Jordan’s choice to switch up his plan and go after Mitch instead of Eddie is rather brilliant. Mitch is the stable one with the house and wife, getting ready to build a family. He takes care of his brother and business. Take him out and the rest fall. It’s pretty damn smart. Plus, Eddie is already completely paranoid about Jordan. So much so that he accidentally kills his own girlfriend having mistaken her for Jordan. Talk about an unexpected twist for Jordan and Eddie!

Even more unexpected, Jordan changes his mind about Eddie, seeing him broken, but it’s too late. The mind games on top of Eddie’s guilt is too much and he kills himself after apologizing for one last time for Beth (Spencer Grammer). Both traumatic and heartbreaking. Because while Mitch and Sam don’t seem broken up by the death of Beth, it’s all Eddie’s been thinking about and wishing he could take back.

It certainly blew me away that Eddie had been driven so far off the edge that he took himself out of the world. Even the small monologue about how doing bad things led to him only doing other bad things until he was too far under was quite the foreshadowing of this event. It was really one hell of a scene for Paul Wesley. Certainly, a favorite of mine. Of course, Eddie taking a hit of coke, later on, didn’t help at all. However, the reaction from Jordan showed he hadn’t quite lost his humanity. Not yet.

Colleen (Kim Cattrall) wasn’t feeling well, leaving Kayla (Danielle Campbell) to open up the costume shop. Meanwhile, Nick (Billy Magnussen) is in a rather good mood after killing Ethan and is still posing as him with his cell phone. The two shared a day together that went south far quicker than expected. 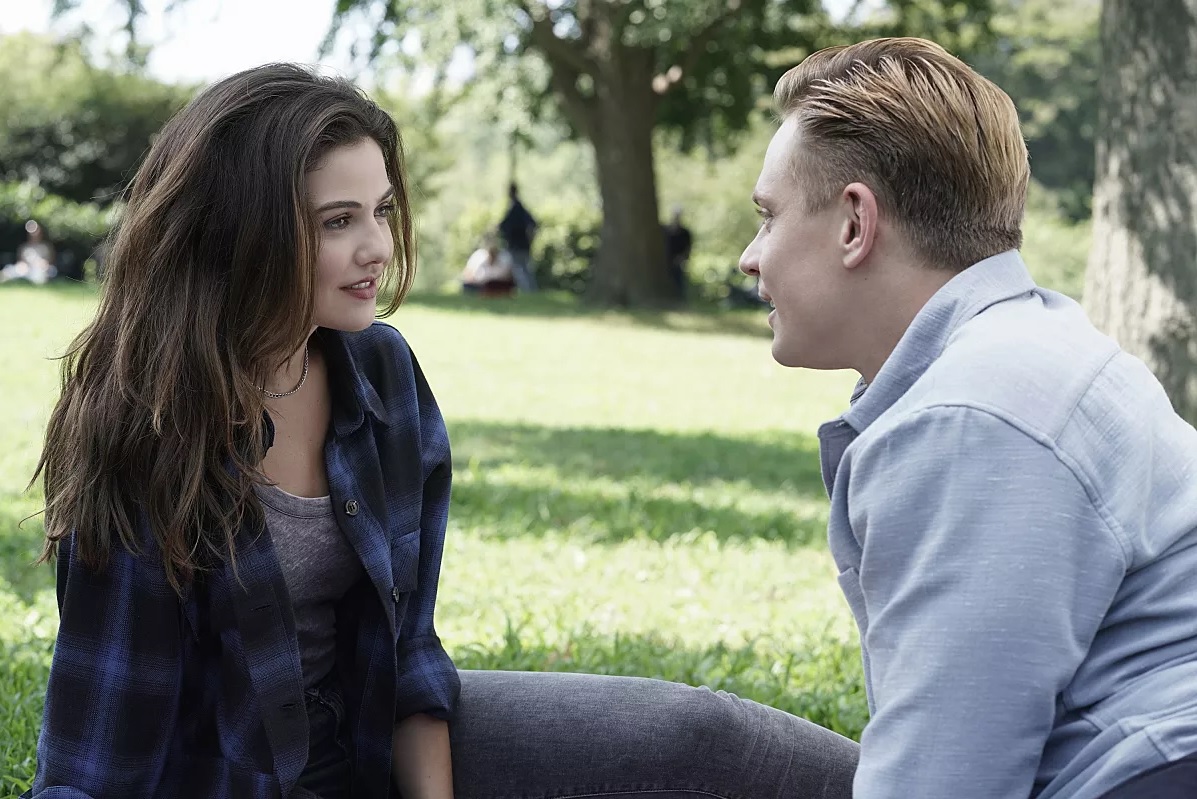 While Nick is completely obsessing over Kayla, he tells her he loves her, which catches her off-guard. So off-guard that knocks some sense into her and she comes to her senses about her grief and that she needs to face her issues. Ultimately, it led to her breaking things off with Nick. The wild and lost look in Nick’s eyes only hints at how much it affects him. Destroying his apartment afterward and ramming his head into a mirror also does the job too.

This was a moment of clarity for both the characters and viewers. While Kayla is ready to climb out of her grief and focus on herself, as she should, Nick has turned into the big bad wolf we all know he is. To add to the disturbing feeling he invokes in people, he isn’t through with Kayla not yet. 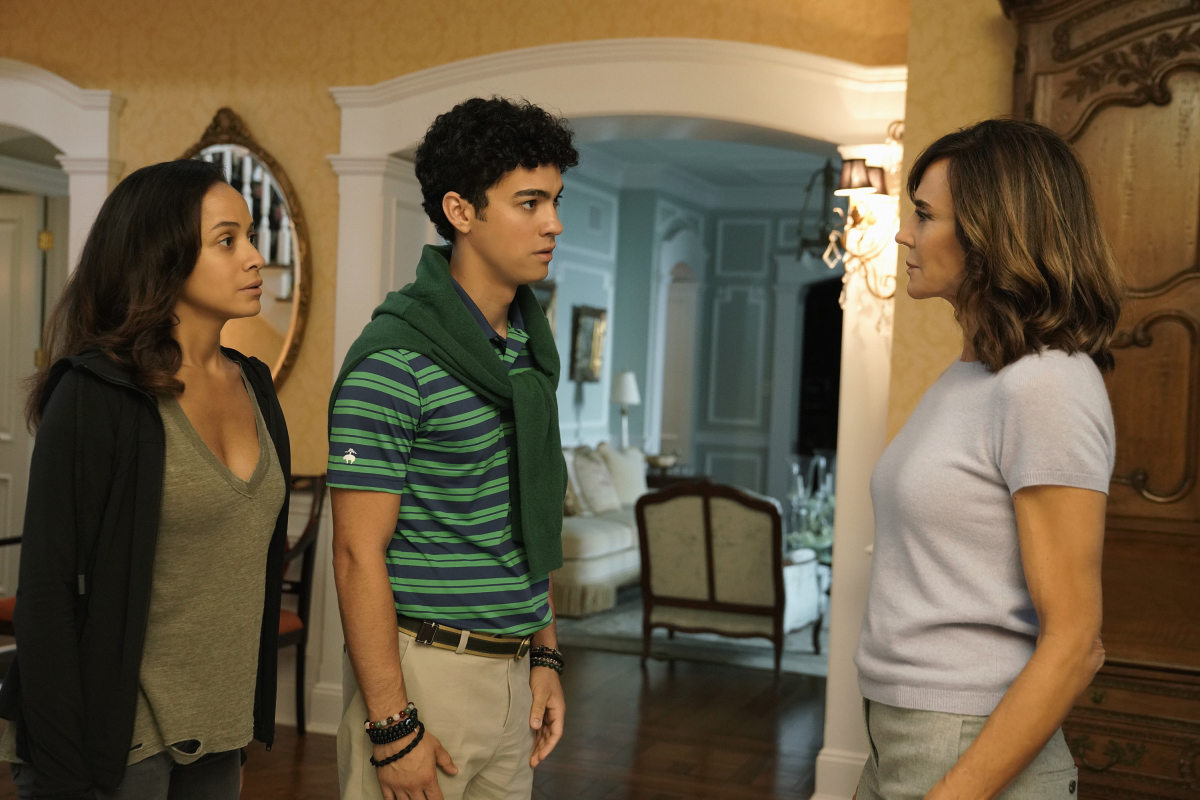 While Gabe (Davi Santos) and Hannah prepare for their trip to Puerto Rico their mother tries one last time to connect with them. Getting her side of the story about why she left, and what she had to deal with was an eye-opener. It gave a personal perspective for those who deal with mental illnesses. It’s no excuse for leaving loved ones, but it does prove how real the struggle is.

The arc takes a sharp turn, though I suspected the mother to betray her children. Still, rather than protecting them, she turns them over to a pair of men playing detectives that actually work for the drug cartel they stole from.

In the hot seat so to speak, Hannah and Gabe realized they couldn’t rely on anybody but each other and that was a real heart to heart I loved. While Gabe messed up in trusting their mother, Hannah didn’t give up on him. Sibling goals are what these two are. And they’re really going to need each other to get out of this mess alive.

Guilt has been seeping in through the cracks of these characters since episode one of TMAS. While Hannah and Gabe realize in the end that their mother has no guilt about what she did for them. Eddie and Jordan come face to face with nothing but guilt as it at Eddie alive. And the fog finally cleared for Kayla. She finally realized that she was hurting the people she cared about most and shouldn’t have used Nick to numb the pain that she’s been running from.

This week’s episode truly went above and beyond with its in-depth dive into guilt. I’m tremendously impressed with the show’s creativity and unpredictability. Guilt is a powerful feeling and the show approached it from different angles. Like a horrendous, flesh-eating bacteria, it was eating these characters alive, really proving how guilt worked everybody differently. Sometimes guilt can steer you back on track and make you see the light and error of your ways, and sometimes it drives down into the darkness even further.

One of the greatest moments in this episode was how this guilt had an effect on Nick. Though he’s a psycho and obviously not feeling a single ounce of guilt about killing Ethan, Nick is caught in the crossfire of Kayla’s own guilt. He’s sure he’s in love with her, she admits that she was only using him to numb her own pain. With how hard he took it, there’s no doubt there’ll be disastrous effects as a result of this break-up. Kayla still hasn’t experienced this side of Nick but she will soon. This is one relationship she shouldn’t have jumped into let alone ventured into at all. Yet, I can’t help but be enthralled. Red isn’t out of the woods yet.

Next week, all three of these fairytales having gone dark-side converge into one. With one little pig down, who’ll be next? Will Red survive the Bid Bad Wolf? Can Hansel and Gretel get out of the woods? Can’t wait to find out!

What are your thoughts on TMAS’s episode this week? Let’s chat in the comments below and don’t forget to follow @capeandcastle on Twitter to keep up with other shows you love!