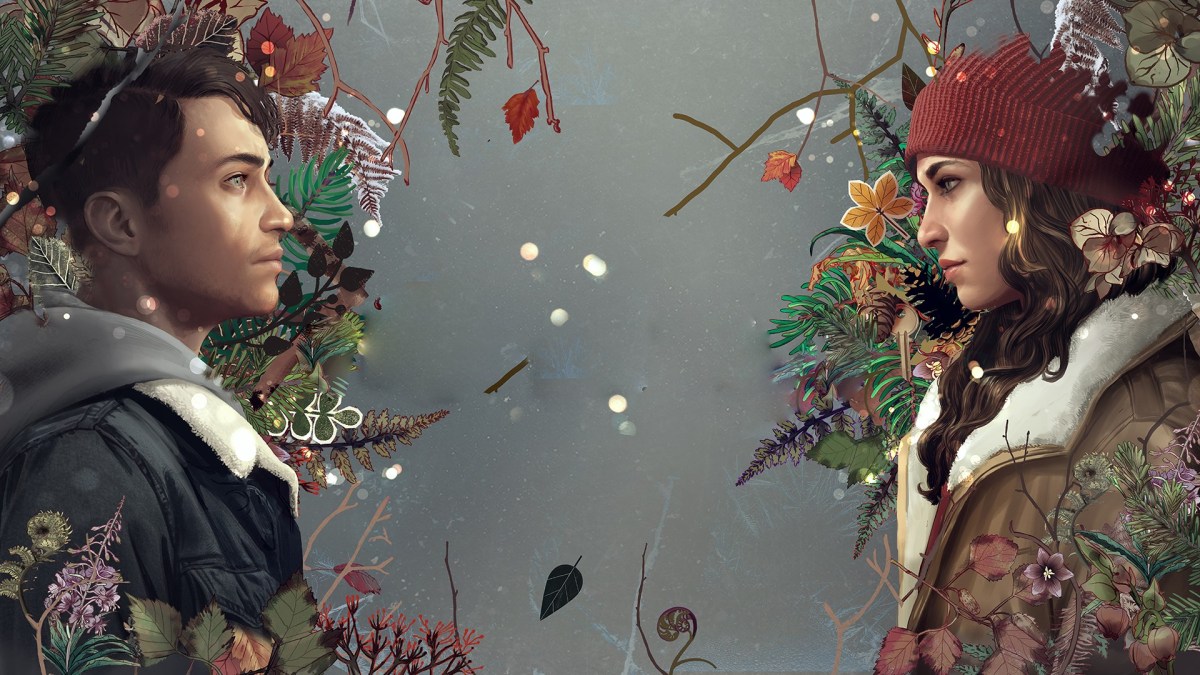 ‘Tell Me Why’ “Chapter One: Homecoming” Review

Are you a fan of Life is Strange? If so, Tell Me Why may just be the next game for you. The first chapter was just released and you bet I played it. But I definitely didn’t get quite what I expected from it. Granted, I only watched the trailer ahead of time and that was only a couple of minutes long. But I was expecting it to be a bit more like Dontnod’s previous games. Which made it a pleasant surprise. So keep reading for my Tell Me Why Chapter One review! Also, if you haven’t played the game yet then please be warned that there are spoilers galore in this article! Read at your own spoilery risk!

Something I absolutely expected to see was emotional trauma from the characters. And that wasn’t just because of the advertisement. Dontnod seems to excel in the art of showing us really terrible shit that happens in the world. With a side of the supernatural, of course. But Tell Me Why brings a lot more than that to the table. Of course, it starts off with showing you that Tyler apparently killed his mother in self-defense. So there’s definitely plenty of trauma to go around. But there’s just something about it that takes things deeper than that. Maybe it’s because the game is a bit more adult than the Dontnod games of the past. I don’t know. I just know that when I play it, the emotions just pour out of me. 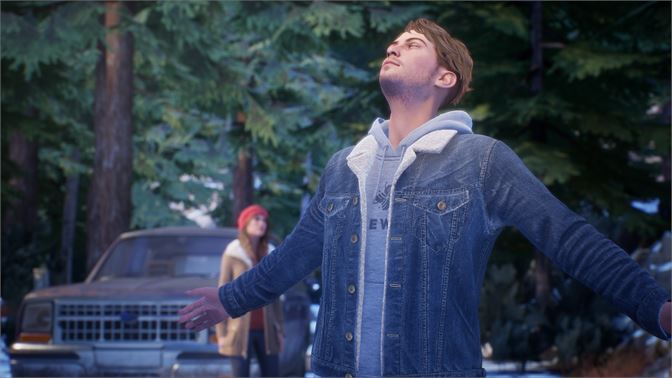 You learn that Tyler is a transgender male and things start to come together in a horrifying picture. While things may not always be what they seem, they sure do seem pretty bad at this point. From the looks of it, Tyler’s mother attacked him for cutting his hair short and he had to stab her to death in order to protect himself. That’s all kinds of gruesome, terrifying, and utterly heart-wrenching. Then it seems that the whole story is that Alyson stabbed their mother to save Tyler. But I have to question if that’s what really happened that night. Even playing the role, I couldn’t imagine such a situation. The fact that I know things like this actually happen had me a bit of a mess. But so far, Dontnod has done what I think is a good job of bringing some realities of the situation into play. I do love that this is a game once again based on your choices in every situation.

There have been so many studies done on twin telepathy and whether or not it’s a real thing. So I figure it should just go by what you believe. And I definitely believe that siblings are able to get a better sense of what the other is feeling than most. So when it comes to twins, I definitely believe there could be some telepathy happening there. Which is part of why I was so into that part of this story. Then there was the fact that Alyson and Tyler clearly had some tension and issues between them that need to be worked out. Something that is only to be expected with what they dealt with.

But learning that Tyler and Alyson hadn’t seen each other for ten years had me as a player feeling anxious about their reunion. The fact that they were coming together after ten years without seeing one another and that it was to sell their childhood home ratcheted things up a few notches. Then you add in that it seems they both remember things a bit differently from their childhood and I’ve gone from an emotional mess to an emotional and anxious basket case. Which only made me more eager for the next moment and the next. Chapter two can not get here fast enough for me.

Okay, I definitely expected the visuals in this game to be breathtaking. Because it’s what I’ve come to expect from Dontnod. I mean, Life is Strange was a lot of things and beautifully stunning was definitely one of them. Tell Me Why was even better than what I expected. I’ve never wanted to go to Alaska more than I did after playing this game. I don’t even care how cold it gets there, this game just makes it look hauntingly beautiful and tempting to see. So I may just have to add that one to the traveling bucket list. 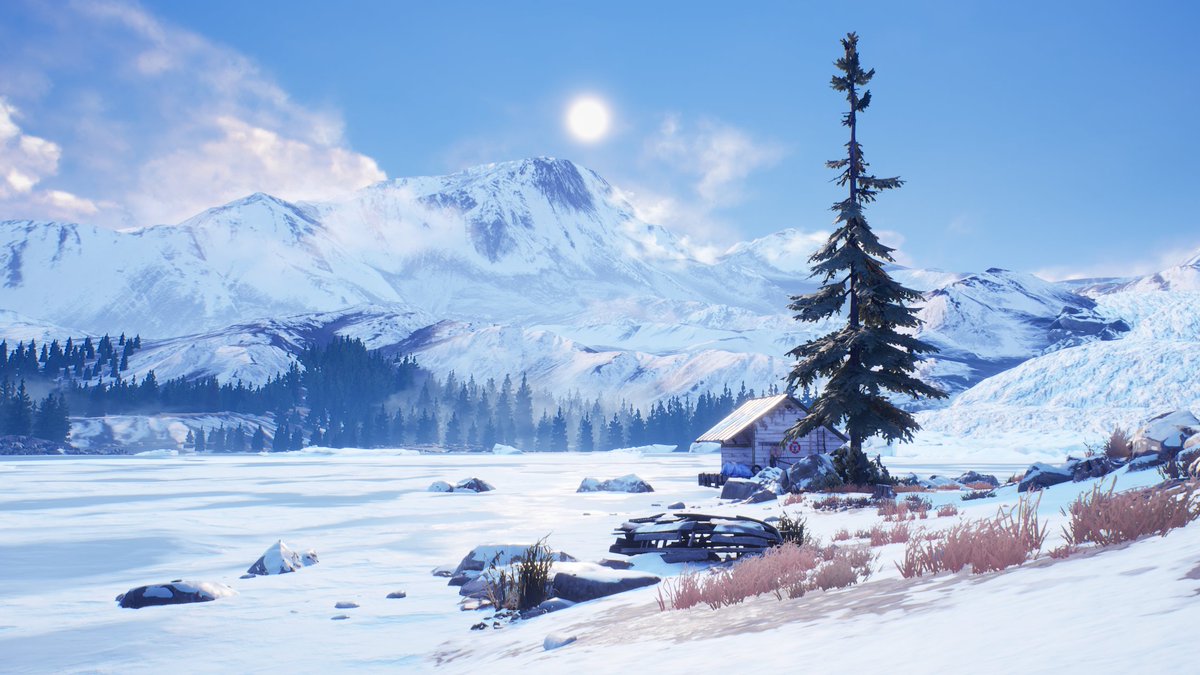 On top of the scenery, the background noise and the music brought it all together beautifully. It isn’t enough just to have a visually stunning game, even though it did have that in spades iwth the mountains and the forests. Everything has to come together seamlessly and Tell Me Why more than delivers on that front. The sound of the water rushing, the birds calling out, and even the crunch of the footsteps through the snow really helped to immerse me into the game even further. And as usual, the music was bringing out emotions in me even before I began playing the game. If this is what I can expect from the next chapters of the game, I’m more than just a little excited.

I love a good mystery. But I am dying to know the real story behind everything that happened in Alyson and Tyler’s childhoods. I am utterly desperate to know exactly what happened between Tyler and his mother. So I definitely need for the game to Tell Me Why Tyler’s mother did what she did. Then there is the fact that Tyler’s memories from his childhood don’t match up with Alyson’s. And I desperately want to know why that is as well. But more than that, I want to see the bond between Alyson and Tyler repaired and come back better than ever.

Have you tried Tell Me Why yet? What did you think about the premise of the game? Do you agree that the storyline is a bit more adult than what we’ve seen from Dontnod in the past? What do you think really happened the night that Tyler and Alyson’s mother was killed? What are you hoping to see from the next chapter? Chapter two will be available September 3rd, 2020 with the third and final chapter releasing September 10th, 2020. Find and follow us on Twitter @capeandcastle to share your thought on the first chapter of Tell Me Why! We would love to talk about it and the choices you made while you played! Be sure to check out our site for more articles on all things Disney and beyond! 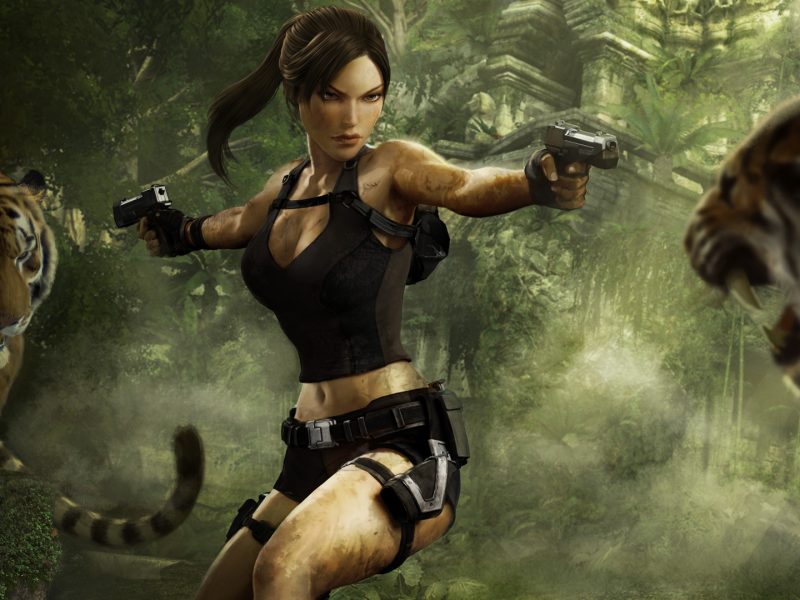 Why I Love the “Tomb Raider” Franchise