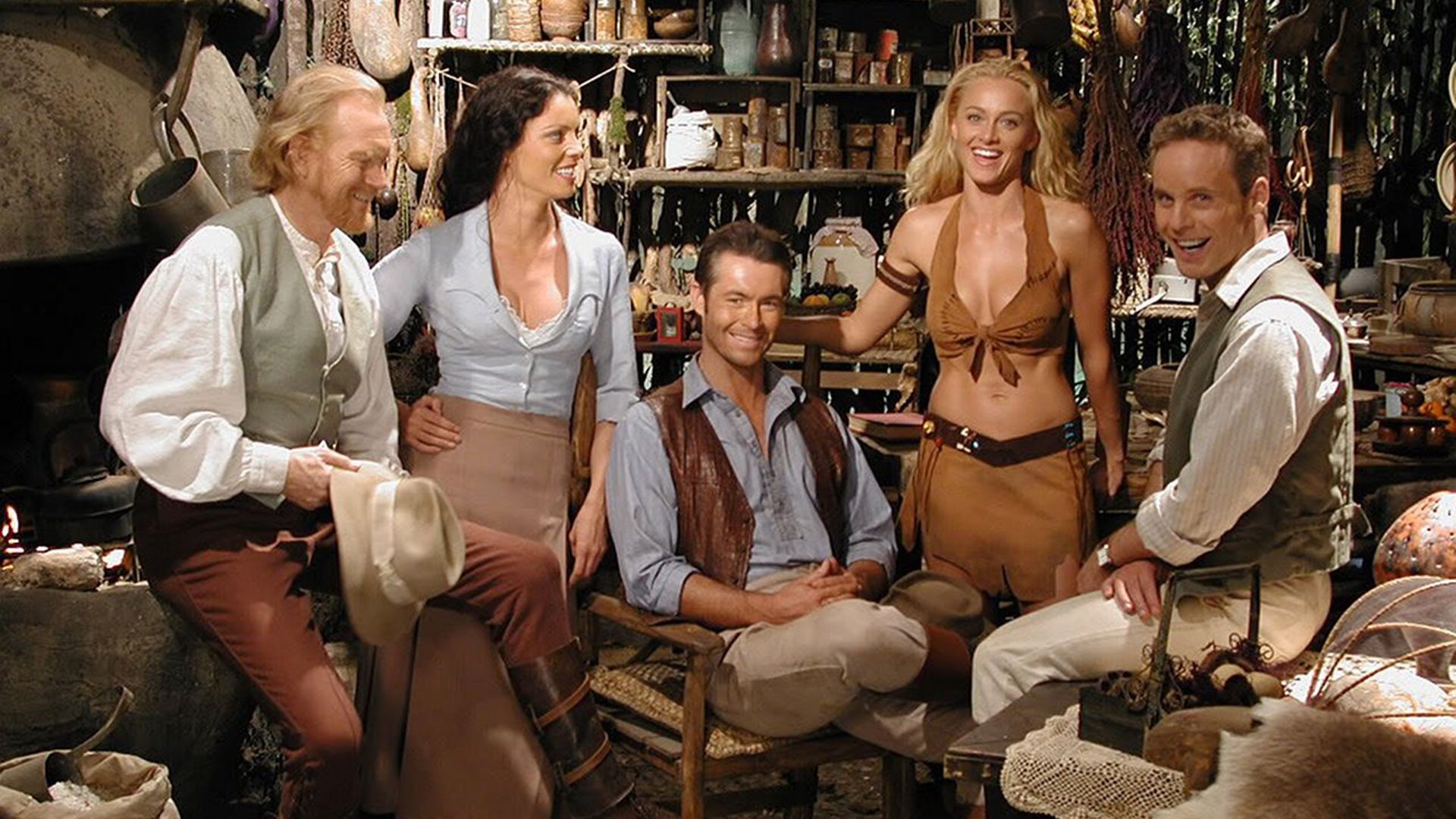 Words really can’t describe how big of a fan I am of The Lost World. I was seven years old when it came out and I was hooked from the first episode. When it was over, I would watch reruns every morning before school. So let’s take the Fandom Flashback to 1999 and The Lost World television series!

What Made it So Special

There have been a lot of representations and versions of The Lost World. All of them based on the world created by the amazing Sir Arthur Conan Doyle. But my favorite is absolutely the 1999 television series. I’m pretty sure I’ve watched them all, but this one just stands out to me. And I know it’s a terrible thing to say but I would definitely be open to a reboot of this series. Just think of how amazing the dinosaurs and creatures would look this time around. As long as they kept the basic story the same, that is. But it would be great if what was planned for the season four that we never got could be played out! 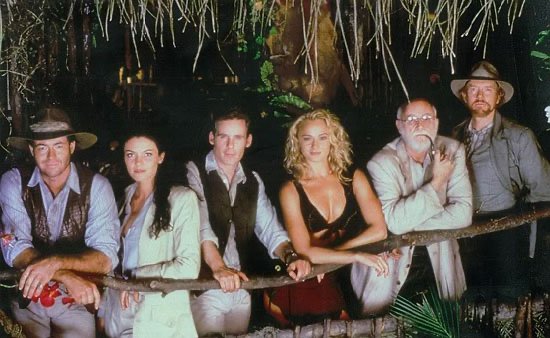 The only thing is, there was just something about the chemistry of this cast. The friendship and camaraderie between Roxton and Veronica. The bond between Challenger and Roxton. How Veronica and Marguerite really were just like sisters. Bickering and all! Then, of course, there were the romances and how they played out. I’m literally rewatching the series in the background as I write this. For like the millionth time, I swear. Everything put into this show brought it together in such a way that the magic is still there more than twenty years later. I don’t know if that could be recreated. But I would love to see another version of Roxton and Marguerite. Sorry not sorry on that one. I’ll take what I can get.

Speaking of Roxton and Marguerite. They were epic. The first couple I ever shipped before I even knew what shipping was. I’m not sure that you can call it a will they or won’t they situation. Since it was clear from the moment they locked eyes that they definitely would. It was more of a situation where Roxton literally constantly made his feelings clear and Marguerite tried to pretend she didn’t feel the same. Until Roxton was in any kind of trouble, or she was, and then those feelings would burst right out. But Marguerite spent a long time finding excuses as to how and why those feelings came out until she finally started going with it. And then the show ended. Lame.

Then there was Veronica and Malone. It didn’t take long for these two to lock lips and it was adorable. They were definitely my sister’s favorite couple in the show. I think they were kind of an example of star crossed lovers. Since it always seemed that some outside force was getting in between them and preventing them from just being happy with each other. Veronica and Malone were both very much fine with expressing their feelings to one another but never got to spend as much time reveling in those feelings. I would be okay with another telling of their story as well. More Malone and Veronica is also always okay with me. I said what I said. Remakes and reboots and revivals are not always the devils they are made out to be.

The Adventure and Consequences

Every episode had enough adventure to keep me completely engrossed. There are some episodes that I still get antsy about while watching even though I know exactly what’s going to happen. It’s a dangerous world this group was living in and that wasn’t something that was ignored. I still cry about losing Summerlee every single time I see it. It freaking sucked. The way it affected Challenger and the others so deeply. Now my shipping may sometimes be out of control, but it would have been nice if Challenger got to have someone too. Poor guy was surrounded by people in love. 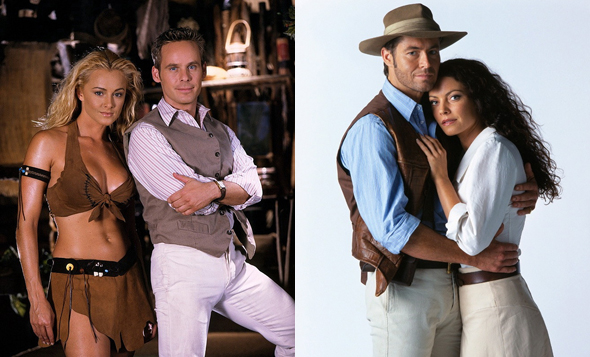 We did get the awesome addition of Finn. But she really seemed like more of another daughter to Challenger. Like Veronica always seemed to be. Apparently there is a good sized fandom that totally ships Finn and Challenger. But I personally never saw them that way. Though I do understand that they clearly felt Challenger deserved some love!

There have been articles done here and there pretty much since the series was canceled about bringing it back. First of all, I think it completely sucks that lack of funding was the reason a season four was never made. But the fact that the fandom clearly lives on this many years later shows that people are still interested in the story and the characters. And we live in a world where pretty much anything can get a reboot. They aren’t always great and they aren’t always very well received. But they are always possible. So who knows? Maybe someday we will get to see this story play out again. And I think that would be freaking amazing. I’m not saying I want to see the exact same thing play out on my screen. Just the overall essence of it.

Do you love The Lost World? Would you like to see a reboot? Which characters were your favorite of the series? Were you all about the two canon couples? Or did you ship someone else? Find and follow us on Twitter @capeandcastle to let us know all your thoughts on The Lost World from the original to what you would think of a reboot! Be sure to also check out our site for more articles on all things Disney and more! 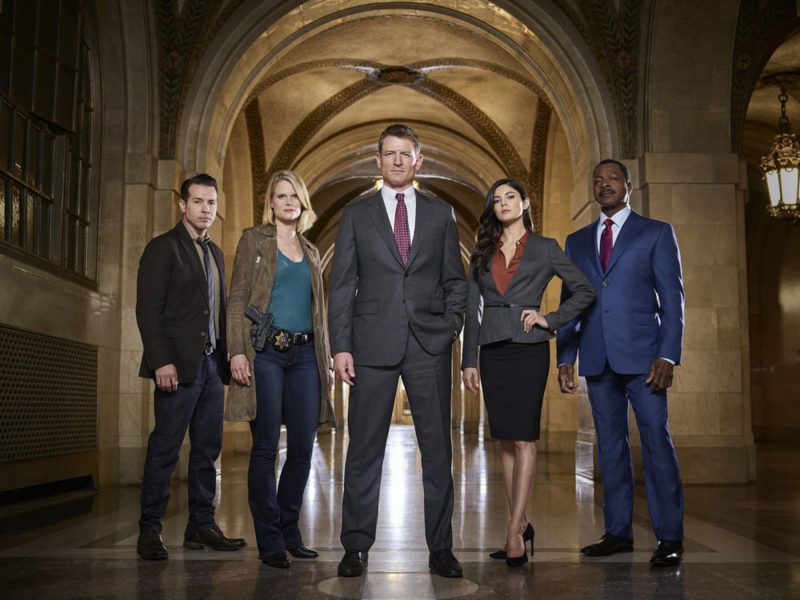