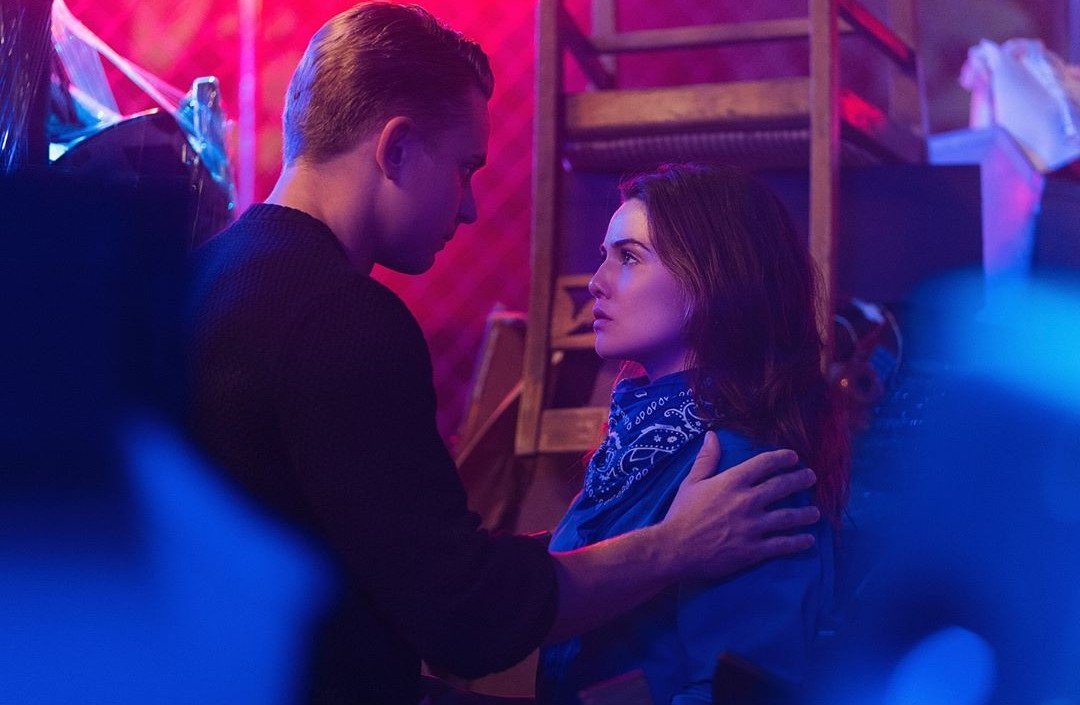 Last week on TMAS, 1×03: Chapter 3 “Greed”, our fairytales spun deeper into the dark gritty as our tales face the rage within themselves among other things. Rage can be a monster in and of itself and it can also be your savior. Which is it for these characters?

Turns out that Kayla’s (Danielle Campbell) quick visit with Nick (Billy Magnussen) turned into an accidental sleepover and Colleen (Kim Cattrall) isn’t happy. This grandma doesn’t bend to the whims of excuses.  However, I got hooked on the bed-talk about fairytales and the light, happily ever after fairytales versus the true ones that are dark and gruesome, much like what is happening now with our tales in the show. Kayla’s, in particular, is quite the cautionary—as she says so herself—and also scary because of how Nick is an adult and she is underage. I feel like I can’t say that enough. This thing they’ve got going on seriously succeeds in making me uncomfortable. 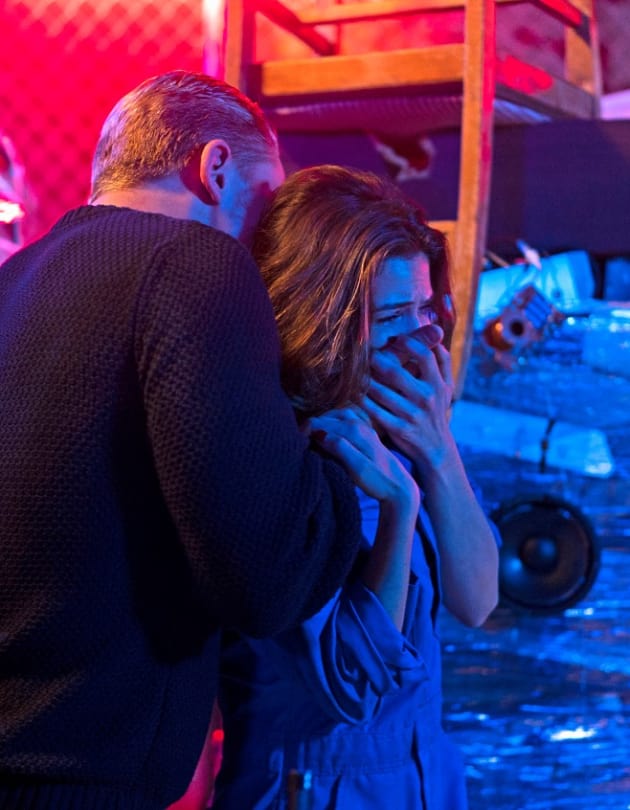 As Kayla and Nick secretly explore their thoughts and opinions on what they’re doing with their budding relationship throughout the episode. Ethan’s attempt to make amends and promise to be friends with Kayla sparks uneasiness when the two go to a place where destruction is the name of the game and Nick finds her there and tells her about how dangerous Ethan really is.

It shook me up pretty good! Is there anyone Kayla can trust because everybody aside from Colleen is coming off shady? Speaking of Colleen, she intercepts when Ethan turns on Kayla and tries to assault her. He gets tossed out on his ass, which was satisfying. Colleen quickly turns on Kayla however, demanding answers about how and why she’s continuously getting herself into these situations.

This is where I have to protest. Just a little. This situation with Ethan isn’t the one Colleen should be concerned about. It’s the situation that has Kayla dancing on a dangerous high-wire with Nick that Colleen should really be jumping all over. I am anticipating that that blow-up will be as powerful as a nuclear blast. 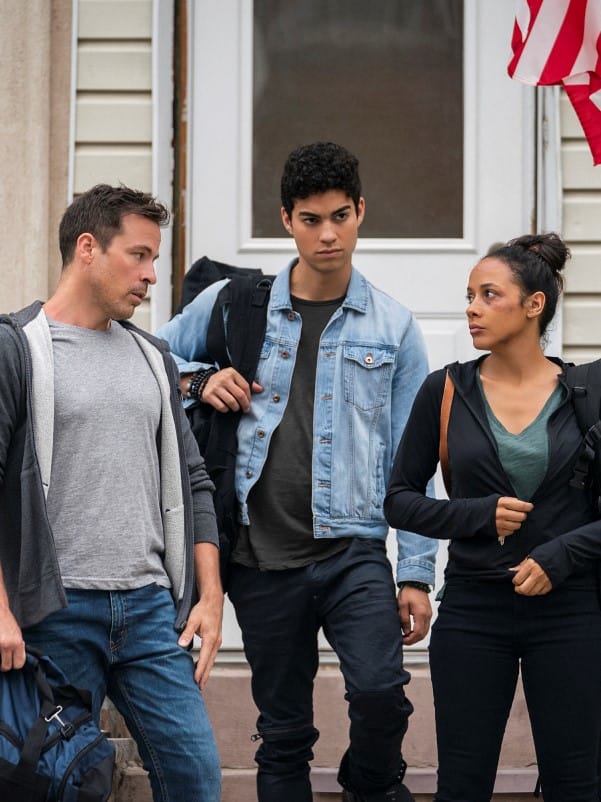 Gabe (Davi Santos) shows up at the address that Hannah gave him which turns out to be the man she’s been training in the gym, Terry. Hannah (Dania Ramirez) is in rough shape but she doesn’t regret it. Gabe’s worry that people will keep coming after them isn’t unwarranted. I’m feeling shaky for both of them too. You steal from wicked drug dealers you’re going to get hunted.

Hannah proposes a road trip to get them in the clear and for them to start fresh and Gabe mentions somebody named Richard, but Hannah unleashes a deadly rage about the idea. The backstory on their family is hinted at, and it’s obvious that that’s the direction they’ll be heading in even though Hannah is determined not to. 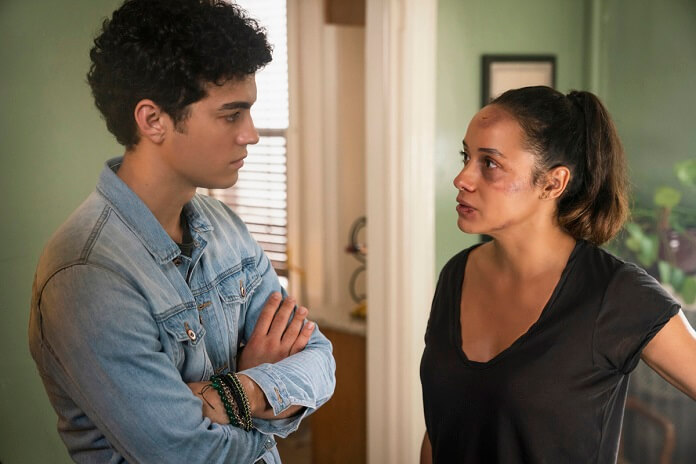 Gabe and Hannah’s broken relationship is more thoroughly explored it’s gritty as hell. The two certainly don’t see eye to eye, especially with the way they’ve each been leading their lives. Gabe, who gave up dance, gets snubbed while Hannah with her ultimate family intimacy shared with Terry causes Gabe to get jealous because she didn’t ever feel that way for him.

The unresolved issues are a heavy, tense blanket on their road trip, but it’s relieving that it doesn’t stay that way. Hannah and Gabe begin to reconnect as they discuss their future dreams on how they want to spend the money. It’s truly a sappy and warming moment, a light of hope in this dark tale of survival.

The hitch in their road trip comes when it’s Gabe’s turn to drive and he takes them to Richard. Hannah’s in a panic and I’m not going to lie, that makes me anxious. Who the hell is this guy? Well, it’s quickly discovered that Richard may not be the one to be nervous about, but his wife AKA their mother is another story.

The Pigs Become the Prey

Eddie (Paul Wesley) discovers his pig mask missing and further loses his shit. This downward spiral has to be one of the biggest parts of what keeps me hooked on this storyline. It’s a heart-jolting ride that’s really left me questioning what’s right and what’s wrong in the eyes of justice. 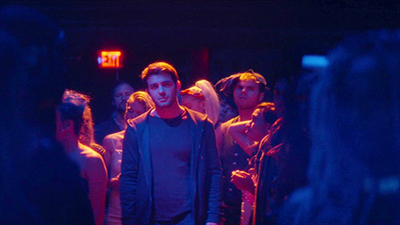 Jordan (James Wolk) goes to the police station to give the detective the mask he took from Eddie’s. Though the attempt to do the cops’ job is well intended, this does nothing to advance the investigation and only builds upon Jordan’s growing rage. I understand where Jordan is coming from, but his determination has quickly become an obsession. He even goes back to Eddie’s work and scares the hell out of him and tries to corner his girlfriend to get answers, but it goes awry very quickly when Eddie attacks him in the alley.

Though Eddie gave a pretty good ass-kicking, he’s wearing his guilt on his sleeve. Jordan floats between consciousness and unconsciousness and sees Beth come to him. The possibility that this is head trauma is strong. One thing is certain. Jordan’s desperation for revenge for his fiancé is stronger than ever. He tried to get justice the right way. But, when it seems like justice will never come, what would you do?

Family turmoil is one of the biggest themes this week on TMAS. Between Kayla and Colleen. Those closest to Jordan only want him to drop his crusade. Hannah and Gabe as they take this time on the road to freedom to kill the estrangement between them. Even between Eddie and his girlfriend.

True to its title, rage comes in many forms. Sometimes it can be what protects you, what saves you like for Hannah and Gabe. But in other cases, it can be all-consuming like for Jordan and drive to become a danger to yourself and it can blindside you as it did for Kayla. This was a truly phenomenal show that rage can come in many forms, and it can’t ever be caged.