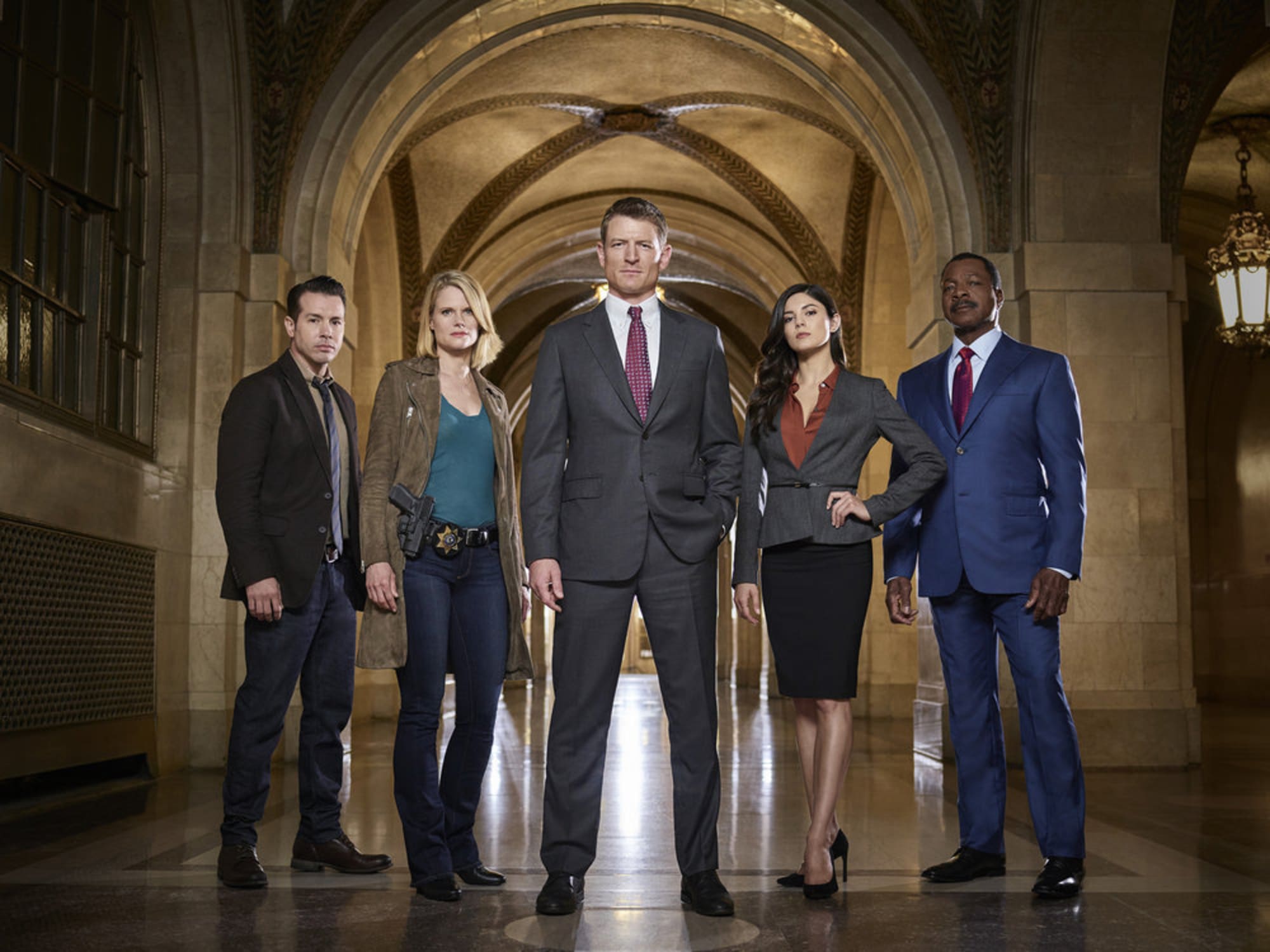 In 2017, One Chicago welcomed a new member to its family, the way too short-lived Chicago Justice. Though just 13 episodes, the show’s characters and its world made a lasting impression to us ChiHards. In this Fandom Flashback, we revisit the Special Prosecutions Bureau of the Cook County State Attorney’s Office — which was once headed by a former Chicago Cub and a former Chicago Police Department Intelligence detective — and reminisce our love.

Aaaand that’s it. That’s all. End of article.

No, but seriously, though. If you look back at the origins of Chicago Fire, Chicago P.D., and Chicago Med, each of the three shows began with two male characters who had rivalries with each other — Fire’s Matt Casey (Jesse Spencer) and Kelly Severide (Taylor Kinney), P.D.’s Hank Voight (Jason Beghe) and Antonio Dawson (Jon Seda), and Med’s Will Halstead (Nick Gehlfuss) and Connor Rhodes (Colin Donnell). As each show progressed, however, the rivalries were no longer the cores of their stories.

Unfortunately, Seda’s Dawson took the hardest of the falls, from becoming background to Sophia Bush’s Erin Lindsay, to being bounced back and forth between P.D. and Justice. Sure, I may be the biggest Lindsay fan, but the elder Dawson was near and dear to my heart, as well — his two (not just one, those assholes) departures from P.D. nearly killed me. Both times.

I may not have watched any of the Chicago shows live back then, but through persons in my life who did watch the shows in real time, as well as through something called the Internet, I pretty much knew what went down. I knew that Seda had moved to Justice and, after finally watching Justice myself last month, I noticed that it was a good move. His move to Justice gave him the opportunity to be the lead character that he was supposed to be on P.D.. Unfortunately, however, it was brief. But, for 13 episodes, we got to see Dawson shine, and as a Dawson fan, I was proud.

Justice’s origins were actually rooted from Voight and his origin (see: Fire, season one). We learned that ASA Peter Stone (Philip Winchester), was the one who sent Voight to prison (off-screen — we never see this happen). Voight and Stone’s connection is just another example in a long list of examples as to how much these Chicago shows really are one.

Voight’s relationship with Stone can easily be compared to how Voight’s relationship with Casey once was — Voight and Stone clearly started off on the wrong foot. However, given that they had to cross paths a lot (these shows have mini-crossovers more so than you might realize), Voight and Stone eventually got on the right one. Unfortunately, it was a bromance that never happened, but that all of us were waiting for.

However, we were treated with frequent cameos from almost all of the cast of P.D., as well as a handful of characters from Fire and Med, combined. Beghe and LaRoyce Hawkins’ Kevin Atwater led in number of appearances, but seeing the familiar faces of Kara Killmer’s Sylvie Brett and Elias Koteas’ Alvin Olinsky, among others, as well as some of the intertwined stories between the shows, are enough to get you squealing at your screen.

Given the inter-series connections and similarity of genre, Justice was basically an extension of P.D.. Personally, I loved that about it. Again, I didn’t watch it when it was actually airing on live television, but the fact that Justice came on right after P.D., well … that just proves my point. Not every episode of Justice involved the Intelligence Unit, but if you watch both shows chronologically and back-to-back, I swear to you, it’ll feel like you’re watching a two-hour show. Every time.

If you’re a fan of the Law & Order franchise (or any legal drama and/or police procedural, really), then you’ll love Justice. If it were still around, it would’ve been icing on your Chicagoan cake. Law & Order and One Chicago do an unmatched job at telling the professional and personal stories of the characters in their respective franchises, and Justice was no exception. Had it made it past the first season, we would’ve definitely gotten attached to the action both in and out of the courthouse (if we weren’t already). Stone and his second chair, Anna Valdez (Monica Barbaro) — they kind of gave us Elliot Stabler (Christopher Meloni) and Olivia Benson (Mariska Hargitay) vibes, and we loved every second of it. Not to mention, the familiar backdrops of Molly’s Pub and the Chicago skyline is never tiring to look at.

Okay, yes, Justice had similarities to almost every other show on NBC that season (which was supposedly why it was canceled), but numbers-wise, it was doing way better than a lot of them. I wish that the network had given another show the boot instead, but my opinion is way too late to matter.

Also, okay, yes, the first and only season of Justice ended on a cliffhanger, but it’s still worth watching. Besides, there are only 13 episodes — you can do it, that’s only about 520 minutes of your (quarantine) time.

Adding more to the family

It’s hard, not getting attached to the characters of One Chicago. Trust me, I’ve tried. Not seeing Stone and Valdez and Laura Nagel (Joelle Carter) with the other One Chicagoans, well, hurts.

All of them — each one of them — they were appealing, intriguing characters. We were, slowly but surely, learning about each of them, including Dawson (who, after five years, you would think that you would already know so much about but you actually didn’t). Also, yes, they had me shipping Stone and Valdez. “Staldez”, they were called, yeah? See, they even had a ship name already. Come on, NBC.

Case in point, all of the main cast members, including Carl Weathers’ Mark Jefferies, seamlessly fit in with the rest of the main Chicago cast. No offense to ASA Steve Kot and whoever other ASAs we’ve met throughout the seasons, but no one was — is — as family as ASA Stone and his team.

It deserves a revival

Now that NBC has launched its Peacock streaming service, a revival could be possible — not to mention, all but one of the principal cast members aren’t tied with anything at the moment (Weathers is busy as another badass on The Mandalorian). But, unfortunately, Wolf Entertainment hasn’t revisited the idea, at least, not aloud.

If Justice were to be revisited, however, they’d have to pick up where Dawson left off in P.D., and Stone in New York (his character moved to Law & Order: Special Victims Unit upon cancellation of Justice). I’m not exactly sure what went down with Stone in SVU (I’m way behind on that show), but as far as Dawson on P.D., well … I wouldn’t mind them retconning that dumb ass prescription drug addiction of his. Maybe, they could bring his sister, Gabby (Monica Raymund), back home to her husband, too, while they’re at it? (I’m just saying, they should retcon that, too. That and the fact that we didn’t get any Dawson sibling interaction on Justice. Not even one. The fuck.)

Also, I need to know what happened with Nagel’s child custody battle. And Valdez, well … I just miss her … and her gorgeous high heels and suits … so, there’s that.

Anyone else miss Chicago Justice? Who wants a revival? Let’s have a drink at Molly’s and chat about it! (Or just comment below, whichever.) 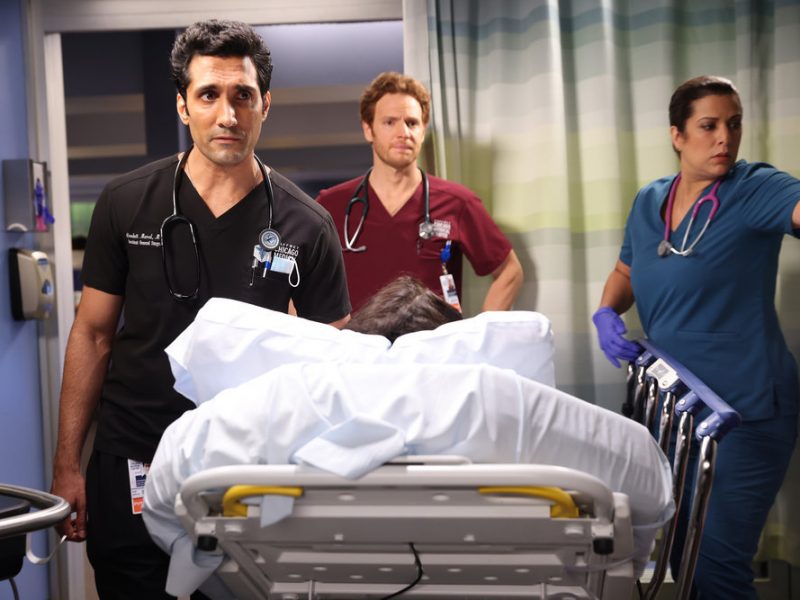