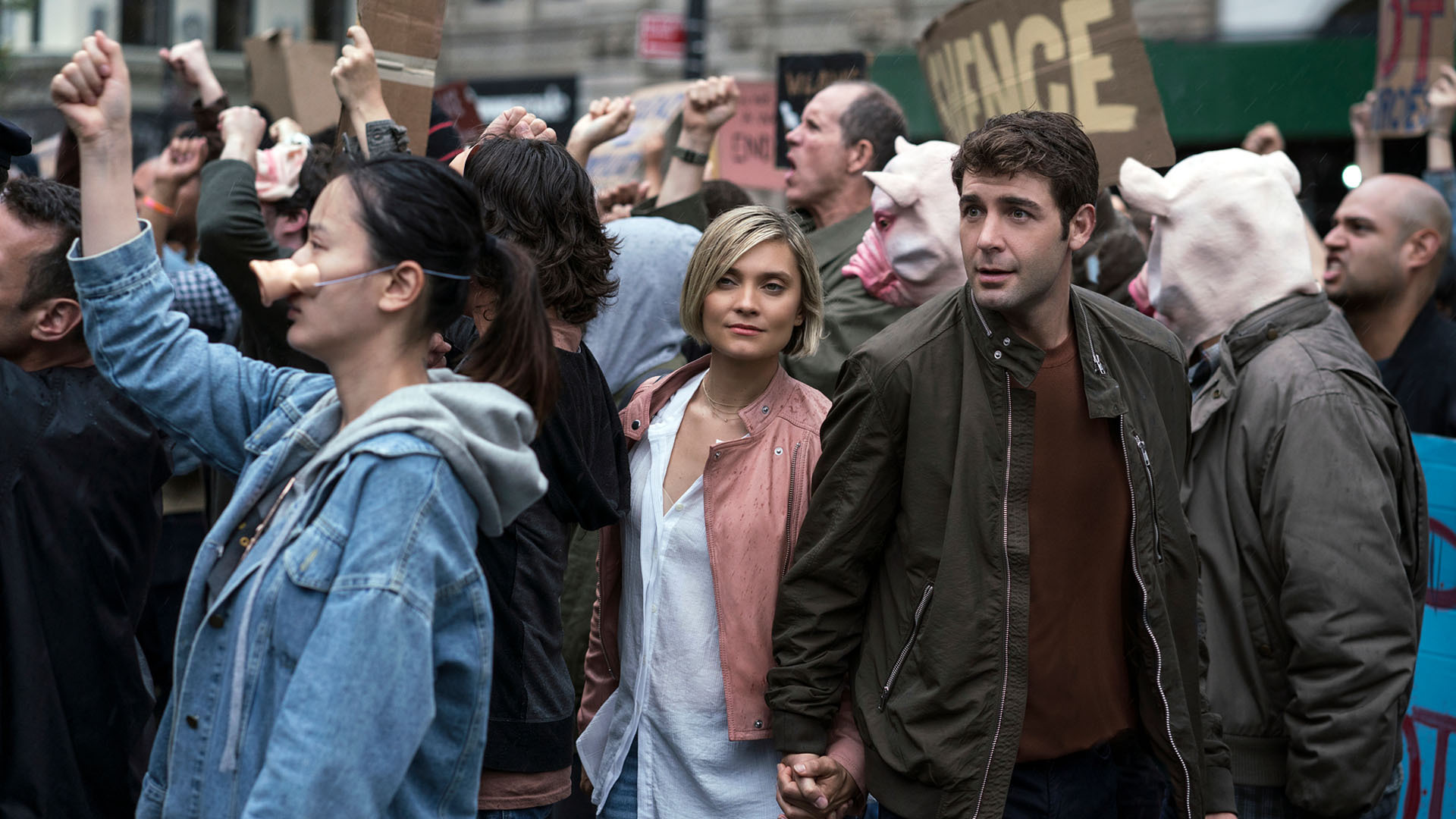 Tell Me A Story has officially debuted on The CW! If you’re like me, then you’ve probably seen this series twice over and are super stoked that it found a new home on the network after having been canceled. Tell Me A Story circulates around a modern, yet dark and violent retelling of fairytales. During the first season, it’s “The Three Little Pigs”, “Little Red Riding Hood”, and “Hansel and Gretel”.

Jordan (James Wolk, Zoo) and Beth (Spencer Grammer, Greek) are on the edge of big life changes. The kind that involves making a family, but Beth feels like it’s the wrong time with the world in a downward spiral of crazy. I can’t blame her, especially now during this pandemic and time of social unrest. Honestly, I got both sides of the argument and can’t pick a side, but their dispute is rather unsettling, like diving into a pool of tension.

Yet, the very real conversation of events and horror that happen today are incredibly relevant and I love that this storyline touches on it so closely, showing that these issues, such as practice drills in case of a shooter at work can’t be danced around and that we, as people, can’t keep acting like it’s normal.

It’s when Beth finally meets Jordan halfway and takes him to a jewelry store rather than the protest rally he’d agreed to go to with her, and proposes marriage, that three bank robbers in the form of three little pigs that unexpectedly kill Jordan’s wife in the midst of the getaway, taking away their bright future and proving to Jordan that Beth was slightly right. This world is dark right now and Jordan’s experienced a piece of it. What comes next? Well, a big bad wolf is born and he’s going hunting.

Two siblings, Gabe (Davi Santos, Polaroid) and Hannah (Dania Ramirez, Once Upon A Time), with completely different lives but the same amount of struggle reunite in a twisted version of “Hansel and Gretel”. Gabe leads a life in the fast lane of exotic dancing and private parties with drugs and prostitution. Hannah on the other hand is a physical therapist for a gentleman and others that suffer from war amputations. The most apparent thing between the siblings is the distance between though they both live in the city.

When Gabe gets into trouble trying to protect his roommate and ends up accidentally killing someone, he calls his sister. Not exactly the greatest circumstance for a reunion, but hey, who else was he going to call? Oh right, the cops!? The two hit the trail after wiping up their fingerprints from the murder scene which is immediately a bad idea.

If you’ve seen this already, like me, then you know they’re not out of the woods. Not even close. This cute little tale about two children defeating an evil witch is going sideways down to drug-town and the parallels are superb! And to think, a dead guy is only just the start. 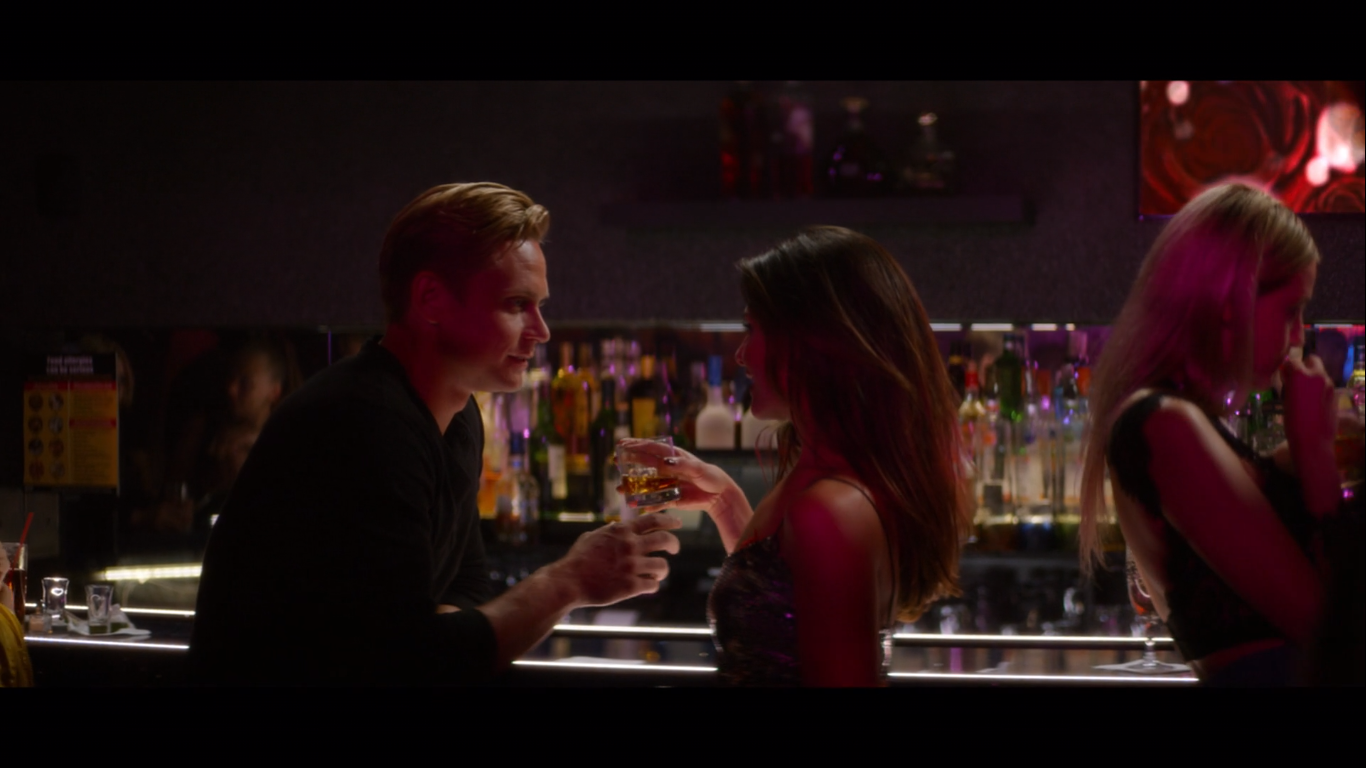 Tell Me A Story via Wiki Fandom

Kayla (Danielle Campbell, The Originals) and her father move in with her grandmother, Colleen (Kim Cattrall, Sex and the City). Already coming off as flirtatiously dangerous and rebelliously moody, Kayla tempts fate when she sneaks out with a new friend from school to a club where she meets the big bad wolf, an older man, Nick (Billy Magnussen, Maniac), that’s later discovered to be her substitute teacher.

While I’ve seen this theme in Pretty Little Liars, it’s always surprising. Also, the tempting of an older adult luring in a teenager really highlights the fairytale itself and how this kind of relationship is in fact wrong and not something to like nor find attractive. It can actually be very dangerous.

While Kayla takes her stroll through the dark woods, she truly has no idea just how dangerous this guy is, and with that sinister smile, I’ve got a pretty good idea. Aside from this intense encounter, a connection between Kayla and Colleen is discovered. Their similar, feisty personalities work so well together and I love it! “Little Red Riding Hood” has to be among one of my most favorite fairy tales for its dark nature and how satisfying the end is. This rendition is phenomenal.

One of my favorites things about this series, still, is how all of the characters intertwine in different ways between their stories. Like the chef friend of Jordan’s story is Kayla’s dad and the bartender at the club serving Kayla and her friend is one of the pigs that robbed the jewelry store and that’s only just the beginning.

Wicked twisting and turning, for sure, not to mention this show is speckled with a great cast. The not so gentle touch on real-world issues both on small and wide-scale must also be mentioned because they aren’t something to be hiding but to be engaged upon on top of the understanding that fairytales don’t always mean a happy ending and neither does life.

I’m very excited this show is getting its second chance, and that the hype for it was explosive on Twitter. I am seriously hoping it gets a season 3 pick-up because there are many more tales to be told.

Love the episode? Just rewatching it because it’s THAT good? Same! Let’s chat about it in the comments below!