One of the greatest things about Disney movies (animated and live-action alike) is undoubtedly their soundtrack. We all grew up singing along Aladdin and Jasmine’s song ‘A Whole New World’ as they flew over Agrabah all the way to China — I was personally one of those who also twirled across the room pretending to be on a flying carpet and mimicking Jasmine (and I totally nailed the ‘covering my eyes as the carpet nosedives into the unknown’ bit, by the way).

The thing with Disney is that they make songs that mark every generation with an addictive tune and unforgettable lyrics. Some are funny, some are daunting (Pocahontas‘ ‘Savages’ is probably at the top of the list), some are dreamy.

In this wide scope of enchanting to coming-of-age songs, it is astoundingly easy — and hard— to choose a favorite. The Cape & Castle took on the challenge, and let me tell you it was incredibly difficult for many of us to stick to just one song.

Without further due, check out our Disney Playlist! (It’s the moment when we break out into songs)

Sarah B.: “Zero to Hero” from Hercules

If Hercules is Disney’s feel-good movie, then undoubtedly, “Zero to Hero” is its anthem! Confession time: I hesitated a lot with “Gospel Truth” and “A Star is Born” before picking this one for being the grooviest of the lot. “Zero to Hero” makes it into our Disney Playlist because it has the catchy tune and lyrics to pull a few dance moves out of a monk. The song is both a celebration of the character’s physical transformation and a hilarious depiction of celebrity in the time of Antiquity. Although there is only one letter separating a nobody to a fierce savior, Hercules is only halfway through his growth and learning what becoming a true hero doesn’t happen ‘just like that’.

Personally, I can’t listen to the song without watching the clip and spot all the priceless anachronisms (what would Hercules’ groupies call themselves? Herc-lusties? Chick-ules?).

Christine: “Part of Your World” from The Little Mermaid

The Little Mermaid was my introduction to Disney. It came out right when around the time that I turned one, and from then onwards, its soundtrack has become one that I listen to on a frequent basis, if not daily. “Part of Your World” is my most favorite song from that film because of how beautifully it was sung, as well as its message.

I’ve always been one for adventure, for learning about new cultures, locations and the likes, so I really resonated with Ariel and the fact that she just wanted to be a part of a world that she thought that she belonged to. It wasn’t about abandoning her people, to me — it was more so about uniting hers and the world in which the love of her life, lived in, so that they can be together but, at the same time, not abandon their own people. Ariel was given the ability to strip her fins when needed, at the end. But, before all of that, she was just a girl who longed to be with her love, and to be a regular human, walking on her own legs, freely on land.

While it references a male, the message of it has always been one of my favorites. It’s all about finding your place and having faith in yourself to make the right decisions. And even though a loved one may be gone or unable to physically be there beside you, that doesn’t mean they aren’t with you in spirit.

RoseMary: “Can You Feel the Love Tonight” from The Lion King

I spent my entire life absolutely obsessed with The Lion King. I saw the re-release in the theater in 3D; I have a Simba tattoo; I saw the play; I saw the live-action in the theater TWICE. One of those times I saw the live-action just happened to be my first date with my fiance. For this reason, we have also decided that this song is going to be the first dance song at our wedding. Now, I’m so obsessed with classics that we are going to use the OG Elton John version. Honestly, you can’t hear that song and NOT feel amazing. After all, “It’s enough/ to make kings and vagabonds/ believe the very best!”

Raquel: “Go The Distance” from Hercules

One of my many favorite Disney songs would have to be “Go The Distance” from Hercules. Right away from the opening chords, this song never ceases to give me chills. Catch me listening to it during the “Happily Ever After” fireworks show at Walt Disney World, and you will see me in tears! Not only does the instrumental sound powerful, but the lyrics are also relatable yet motivational. Just like Hercules, we all struggle with discovering or being confident in who we are and where we belong, but we eventually get there and make our mark in this world.

Meredith: “A Dream Is a Wish Your Heart Makes” from Cinderella

It’s a lullaby. A stress relief. A calming melody with hopeful lyrics. I have a lot of favorite Disney songs, but this one always rises to the surface for me. It’s sweet, concise, and achingly beautiful.

Logan: “Almost There” from Princess and the Frog

In November of 2009, when Princess and the Frog was released, I was beginning the process of applying for the Disney College Program and facing people in my life who didn’t understand why I would want to be a part of it. This song got me through and kept me motivated. I have new bigger goals now, and over a decade later this song still keeps me going. When I have doubts or feel down, I hear Tiana singing this song in my mind and moving forward doesn’t seem so impossible. So, when you want to give up, just remember: you’ve climbed the mountain, you’ve crossed the river, and you’re almost there.

Elizabeth: “Tale As Old As Time” from Beauty and The Beast

For my Disney song of choice, I went with “Tale As Old As Time” from Beauty and the Beast. Growing up, Disney was my jam. Beauty and the Beast was certainly at the top of the list of my most loved movies and I love the song Tale as Old as Time. I can remember listening to the song so many times as a kid, especially as it is sung by Celine Dion, who I was obsessed with, and the legendary Peabo Bryson. What could be better than this combination? The song is so beautiful and brings back memories of the scene from the movie with the main characters dancing, Belle in her iconic yellow dress and the characters watching.

Certain songs just have a way of being timeless. “I’m Still Here” from Treasure Planet is a 2002 song that has still been able to grab my heart and transport me to another world every time I listen to it. In times where I have felt lost or misunderstood this song has been that warm hug that I needed at that moment.

There is music that you can bop your head to and enjoy the beat, but this song in particular hits so much deeper. You would never think of it as a song that gets your blood pumping, but it’s an anthem whereby the end of the song you feel like you are on the very top of the world. It’s as if the world is at your fingertips. This song feeds your soul and reminds you that you are more than just who the world perceives you to be.

Kat: “Eye To Eye” from A Goofy Movie

So, who can pick just one Disney song they love the most? Nobody? I knew I wasn’t alone! My eyes are bugging out of my head and my forehead is wrinkling hardcore just thinking about it. And yet, all in all, I can choose only one, and trust me it was hard, but since my favorites fluctuate from day to day, I’m not too worried. Plus, there isn’t one out there that’s bad. “Eye to Eye” by Tevin Campbell from A Goofy Movie makes it into our Disney Playlist. What a great movie about growing up with a kicking soundtrack. Again, this is just my favorite for now, because tomorrow it might be ‘He Mele No Lilo’ by Mark Keali’i Ho’omalu, Kamehameha Schools Children’s Chorus from Lilo & Stitch.

“Eye to Eye” really resonates with me because it’s such a freaking bop and really gets to my heart. Every single time it comes up on my playlist, I’m up on my feet and dancing to and also singing (horribly) to it. Being about growth and telling those you love that even though you may not always be there, right beside them, you’ll always be there for them in your heart and theirs. It’s also pretty dang incredible and sweet and really reminds me of my mom and I.

Amy: “Out There” from The Hunchback of Notre Dame

Almost every main character in a Disney musical has a song belting their longing for emancipation, but “Out There” is in a different ballpark for me. Beginning with Frollo’s manipulation about how the privileged majority will reject Quasimodo’s appearance, the number transitions to the bell ringer’s desire to shed his status as an outcast and belong in Parisian society. Together, the song’s juxtaposition exposes the hearts and motives of both Frollo and Quasimodo, solving the film’s riddle of who is the monster and who is the man.

DJ: “You’ll Be in my Heart” from Tarzan

“You’ll Be In My Heart” is hands down the Disney song that hits me right in the feels. The amazing talent of Phil Collins, accompanied by the sweet imagery on screen, just filled me with a sense of love and acceptance that made me hopeful for the future. Today, as a father, this song serves as an example of what kind of parent I want to be to my children, as well as overall, what kind of person I want to be. Being loving and accepting of those that are different, and caring about others regardless of where they have come from.

Brandy: “Show Yourself” from Frozen II

“Show Yourself” has to be one of my favorite songs from Disney’s Frozen II because I love the character Elsa. I love listening to it because it gives me inspiration on screenwriting for movies and television. Also, the song helps with my writer’s blocks when I am working on a particularly challenging topic and I found that listening to it helps me picture the scene much better. Besides, I just love anything Idina Menzel sings! You just can’t have a Disney playlist without having her in it!

Our playlist is now available on Spotify! Follow our account for the next ones (but it’s a surprise).

If you come out of it without falling into Disney songs’ rabbit hole, congrats — you’re one of the strong ones! What song would you add to our Disney playlist? Share below or with @CapeandCastle! 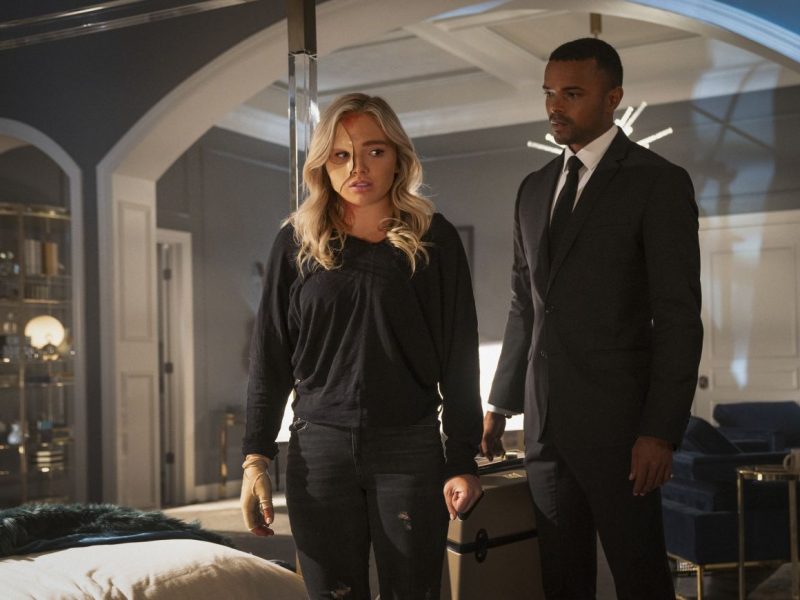 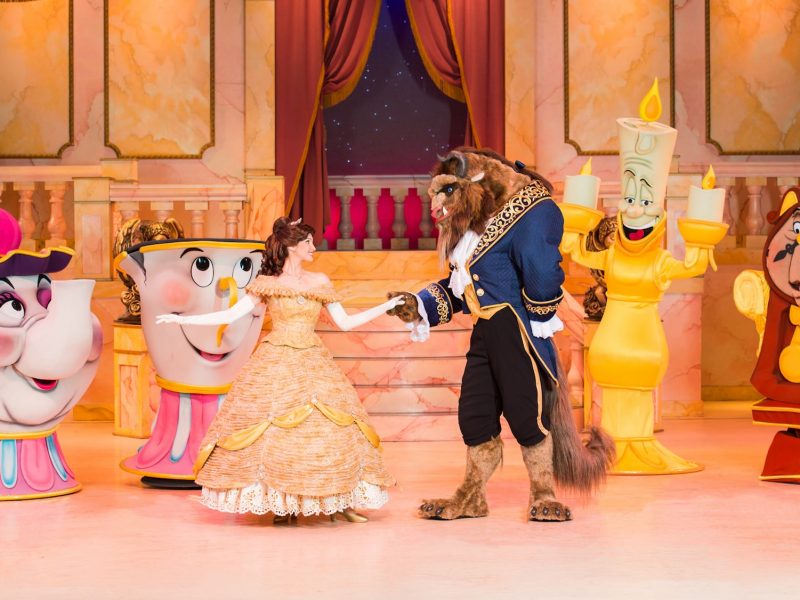 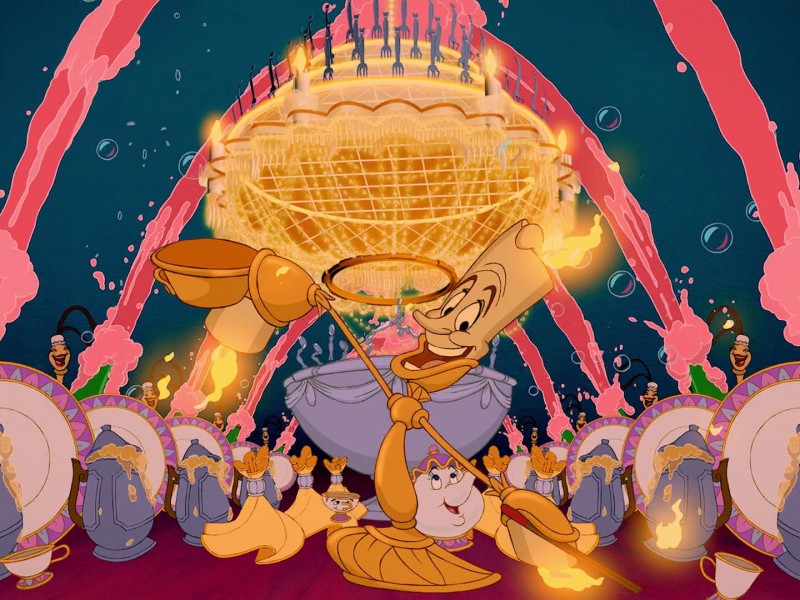