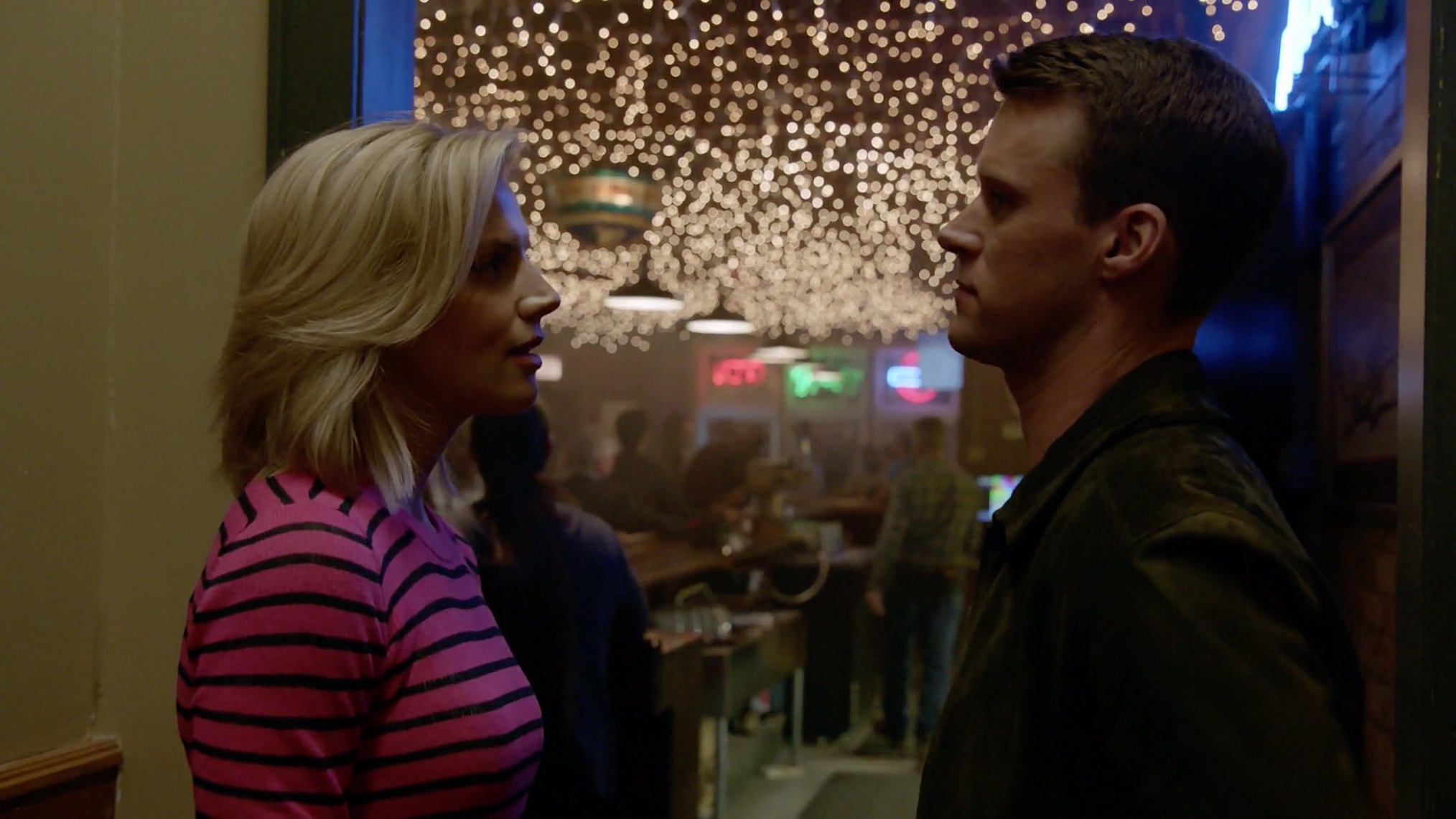 Funny story, I used to hate One Chicago. No, seriously, I did. In 2016, I wouldn’t have been caught dead watching Chicago Fire let alone writing an article about Brettsey. You see, I had a show I loved on NBC that the network barely promoted (Remember Timeless? No? That’s because NBC paid it dust), but they aired promos for the Chicago shows almost nonstop. Timeless struggled to find an audience while the already high rated Chicago franchise got all the airtime. As you can imagine, resentment and jealousy reared its ugly head. Even though I’d never watched a single episode of any of them, I was determined to hate Chicago Fire and all of its spin-offs.

Flash forward to October 2019 when a good friend of mine begins continuously talking about Chicago Fire and some ship she calls Brettsey. She sends me gifs and videos and fanfics and each new glimpse of them chips away at my bitterness toward all things One Chicago. This ship on this show I didn’t watch was completely adorable and had the type of complicated friends-to-lovers vibe that I regularly eat up with a soup ladle.

Next thing I know, I’m using every one of my birthday gift cards to buy all seven seasons of Chicago Fire and falling deeply in love with all the characters. And I do mean all of them. I caught up over winter hiatus and by the time the show came back in January I was head over heels in love with Matt Casey and Sylvie Brett. Together and apart.

They’re both selfless, dedicated, compassionate people who would do anything to be there for the people they love. And yet, they have horrible luck with love and life in general. Season after season they faced nearly back to back heartbreaks and somehow neither of them lost hope.

The Journey So Far

I don’t want to spend too much time talking about Gabby and Matt because this article isn’t about that relationship, but I can’t exactly ignore it either. For six seasons, Dawson was an integral part of Matt Casey’s story. Their love story was dramatic and epic and full of stops and starts and twists and turns and ended on a strange sort of unfinished note after the two of them reached a stalemate during an argument.

I love Gabby Dawson and it was sad to see her leave at the end of season six, especially given how unresolved things seemed with both her husband and her partner. However, as someone who has a bias toward Matt Casey in all things, I can’t help but think about how hard it must have been for him to ask Gabby for what he truly wanted — an equal partnership where they depend on each other — and have her tell him she’s not capable of it.

As a single woman in my thirties who has no plans to depend on anyone but myself, I get that. I respect Gabby for being honest with him. But my heart also breaks for this man who so rarely asks for anything for himself. He’s usually satisfied by making other people happy, but in this one instance he cannot bend.

To me, the bottom line is that Matt and Gabby are two people who have very different ideas of what a committed relationship should be. No one is right or wrong. They’re simply not on the same page.

After that, things just aren’t the same with Gabby. Matt has to pick up the pieces and move on, much like all of us watching the show.

Now, that doesn’t mean as viewers we can’t look back and miss what came before or that you can’t continue to ship them anyway. Of course you can ship them. You can ship whoever you want. That’s the beauty of fandom (when it’s done right). It allows you to love a thing however you choose to love that thing. I’m a firm believer in ship and let ship. So, you do you and continue to love Dawsey, if that’s your thing that you choose to love.

But I’m ready for Matt to finally have his chance to build that partnership he asked for at the end of the sixth season. I want to see him become a father like he’s wanted since season one. (Seriously, give this man a child that isn’t suddenly taken away from him, please.) I want to see him smile and flirt and give all of his heart to someone again. Maybe to someone who might also want a person to depend on or to someone just as historically unlucky in love, who’s seeking something lasting too. 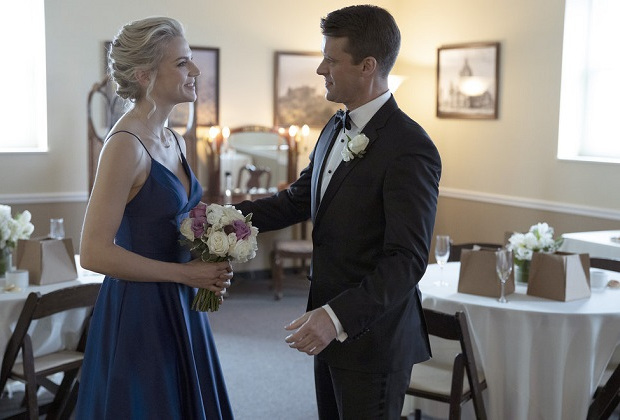 Sylvie Brett is my beautiful ball of optimistic sunshine who hands out second chances like Tic-Tacs and always wears her huge compassionate heart on her sleeve. I love her so much. She came to us on the run from an emotionally abusive relationship with a textbook manipulator and then dated the first genuinely nice guy to be interested in her, possibly ever. Joe was good to her but the chemistry wasn’t there. Over time, they’ve both realized they are much better off as friends.

Then there was the uber-passionate but totally messy relationship, later affair, with Antonio. Their timing was terrible and neither of them were prepared for what that relationship would entail. Her next serious relationship was Kyle Sheffield. He was perfectly nice and very safe, but the life he wanted was one she’d grown out of since coming to Chicago.

Fowlerton is far too confining for Chicago Sylvie since she came into her own as a badass paramedic who’s good at her job and knows it.

So, that leaves Sylvie in much the same place as Matt. She knows what she wants but she’s been unable to find someone on the exact same page as her. Brett doesn’t want another false start or failed engagement. She wants the one.

Let’s break down some of the amazing moments we’ve seen so far that gave me, and hopefully you, all the feels.

This moment was the first episode where I truly saw the chemistry. Sylvie’s offhand drunken admiration and Matt’s amusement gave me flashes of them further down the road. I picture Matt taking a Drunk Sylvie home as she gushes about how attractive he is in the passenger seat of his truck — all while holding his hand, of course.

The Time Brett Left Her Ringer On

This was the first time I really understood how good Sylvie could be for Matt. She could be that person to offer him support and worry over him. The person who pushes when you need them to, even if it’s the last thing you think you want. She’s an unshakable force of care and concern and Matt deserves to have a force like that in his corner.

The Time Brettsey Read Each Other’s Minds At Game Night

You all saw how she brought out this playful side of him, yes? And how easily they read each other without even trying? That’s some Vulcan mind meld level of teamwork we witnessed. I don’t blame Olivia for thinking they’re meant for each other. How else can you explain the remarkable mind reading?

“Matthew Casey!” and the startled look on his face would have been enough to melt my heart but then he comes and finds her later under the guise of not wanting to be yelled at and I nearly died. The tension in the air during that almost kiss was palpable and perfect.

In an episode that was majorly frustrating for Matt, having Sylvie take a small moment to encourage him was everything. We’ve talked about how he admires how she works but she admires him just as much. No two people deserve to be a part of a mutual admiration society more than Sylvie and Matt. We stan a supportive ship!

The Time Brettsey Saved a Cat

Matt immediately offering to go with her to find the cat will never not amuse me. His face when she tells him what she’s planning is wonderfully surprised and I love it. It gives them that beautiful moment where he reassures her that she can handle any surprises life throws at her because she impresses him with her ability to see the good in people. She. Impresses. Him. My god these two just can’t help but encourage each other can they?

There was no better illustration of how well they know each other than this plot. Plus anytime Jesse Spencer gets to comically respond to someone is an immediate favorite. Beyond the comedy, though, Matt wanting to save Sylvie from making a decision she’ll regret is effortlessly thoughtful. And then her plea for him to stay with her while she read the letter spoke to how much trust she has in him. Honestly, these two are wholesomely sweet. I adore them.

The Time Casey Went With Brett to Meet Her Birth Mom

Casey and Brett on a road trip together? Yes, please. Brett telling Casey adorable stories about her childhood? Even better. Matt smiling and laughing and being utterly charmed by Sylvie Brett? The stuff of shipper daydreams! Getting a glimpse of concerned boyfriend Matt before he and Sylvie are anywhere close to being a couple? Well, that’s just beyond anything I ever could have imagined. Thank you, TV Gods, for smiling down on Brettsey shippers and gifting us with something so magical.

The Time Casey Dropped Everything to Be There For Brett

The way I screeched when Casey got that text message, booked it out of Molly’s, and then appeared at Sylvie’s side on the night that episode aired was inhuman. I think I temporarily channelled a pterodactyl. I’m being legitimately serious. He didn’t hesitate a second. She asked and he came, no questions asked. Oof. That makes me feel all the things.

The Time Casey Was Brett’s Shoulder to Cry On

Just have “Whatever you decide, I’m here” etched on my tombstone. The tortured look on his face? The way she burrows into him? His hands in her hair? Honestly, I will never recover. If Matt Casey doesn’t voice his feelings out loud next season I will lose it! He’s so obviously invested in Sylvie beyond anything platonic. Matt, you’re not fooling anyone. Not a single soul.

BONUS: The Time They Killed Brettsey Shippers With One 20 Second Deleted Scene

Yeah, that’s right. Wolf Entertainment did a thing they never do. They released a deleted scene. A deleted scene that was almost 20 seconds of unadulterated Brettsey. (Their power!) What was the big takeaway from that scene, you ask? I’ll be happy to tell you.

She. Touched. His. Face. And did you notice his reaction? Boyfriend’s brain short circuited for a hot second. I am begging you, Derek Haas, let this woman shower Matt Casey with all the love and affection. He deserves it.

Turning Up the Heat on Brettsey

This list could easily be at least twice as long. I would have no problem writing an entire book on how much I’m enjoying watching this friends-to-lovers slow burn unfold on my television every week. But alas, that might be too much (or “a little extra” as Brett would say).

I cannot wait for the ninth season and to see what Chicago Fire has in store for my favorite mutually supportive would-be couple. Derek Haas teased us in a couple of post season interviews by promising to “turn up the heat” and, I don’t know about you, but I am dying to find out exactly what that means.

It’s time to wrap up this post, but that doesn’t mean we have to stop gushing about Brettsey! Find and follow us on twitter at @capeandcastle! I’m more than happy to talk about my ship any time, day or night! Or if you’d like to celebrate other One Chicago ships, check out our site for more Ship Spotlights! 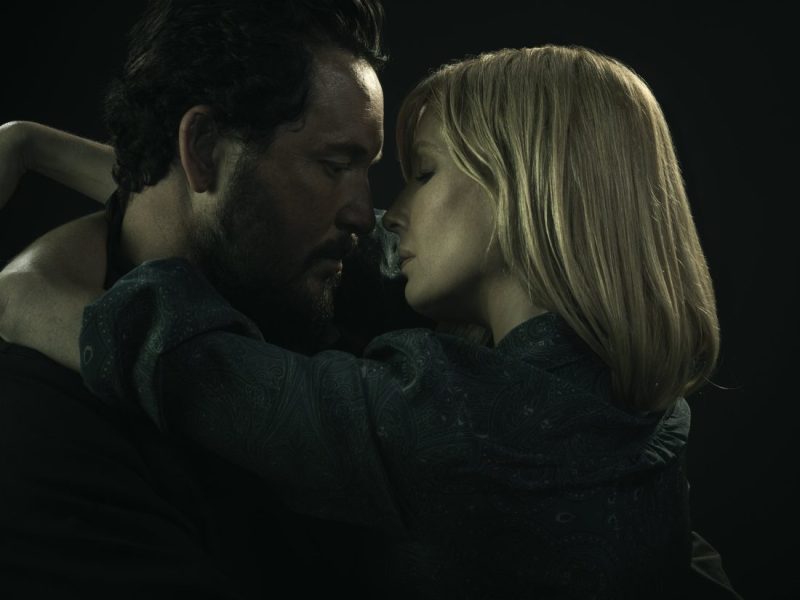