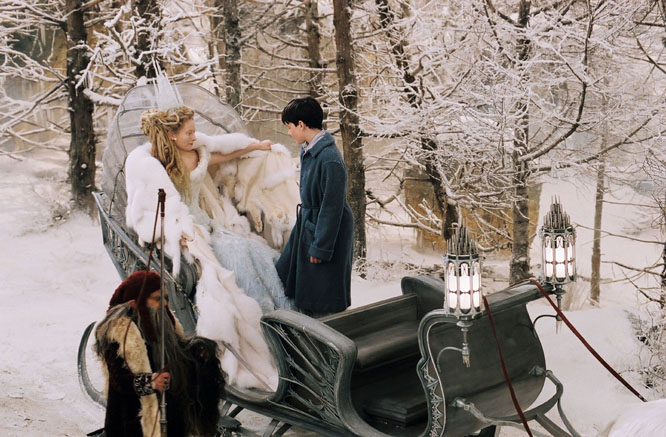 It’s another Friday of cooking at Cape & Castle! Last week, we cooked something gummy and sticky in texture, and a few weeks ago we fried something doused in powdered sugar. Today, we are taking a stab at something that fits both of those descriptions: the Turkish delight from The Chronicles of Narnia: The Lion, the Witch and the Wardrobe. 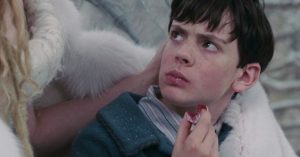 Reflecting on movies from our childhood, we all remember dishes in films that stood out to us for their irresistible look, and Turkish delight is one of them. Colored with a radiant, red pigmentation, the sweet carried a factor of both enticing elegance and innocence.

As popular as chocolate chip cookies in the Eastern hemisphere, Turkish delight is something of a mystery to children growing up in American households, allowing them to crave it based on how their imagination thinks it would taste.

In addition to its allure, the Turkish delight has symbolic importance unparalleled to other culinary inclusions in cinema. C.S. Lewis, a noted lay theologian and author of the Narnia books, created the world as an allegory for several beats of his religion, with Edmund’s Turkish delight imitating the forbidden fruit in the story of the Garden of Eden.

In the first act of the film, Edmund, the second youngest of the Pevensie children, follows one of his sisters into a wardrobe that hides a wintery woodland called Narnia inside. Edmund’s first encounter with a Narnian lifeform is the White Witch, the self-proclaimed queen who has cursed the country with an eternal climate of ice and snow.

Adept in the skill of witchcraft, the White Witch secures Edmund’s trust by conjuring a container of Turkish delight at his request. However, the White Witch guarantees an automatic Narnian Oscar nomination bid with her initial facade of kindness, as her motives toward Edmund are purely evil. She needs all four of the Pevensie children to counteract the famous prophecy that foretells her demise. Edmund agrees to this under one condition—more Turkish delight.

Because of the drastic stakes of Edmund’s betrayal, many who try Turkish delight with sky-high hopes are left in a mixed state of confusion and a little bit of disappointment. While a tasty treat, Turkish delight does not appear to be a worthy cause to sell your entire family out. However, maybe that is part of the lesson, that superficial needs such as hunger pale in comparison to the wholeness of family and friendship that Edmund was far too willing to throw away.

To make the Turkish delight, we used a recipe from thecookingfoodie.com! You can find the recipe here! 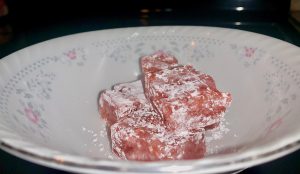 More commonly referred to as ‘lokum’ in the East, Turkish delight is a gel of starch and sugar usually flavored with rosewater, mastic, orange or lemon—and sometimes texturized with dates, pistachios and hazelnuts. If your sweet tooth is craving something with a high concentration of sugar, this is the perfect treat for you. With a similar strength to buttercream on the sweetness meter, decide if Turkish delight is tasty enough for you to justify betraying all of Narnia!

What other dishes would you like to see us make? Let us know on Twitter and make sure to share with us what cinematic dishes you are making @capeandcastle! You can check out other food articles here. Be sure to also check out our site for more articles on all things Disney and beyond!