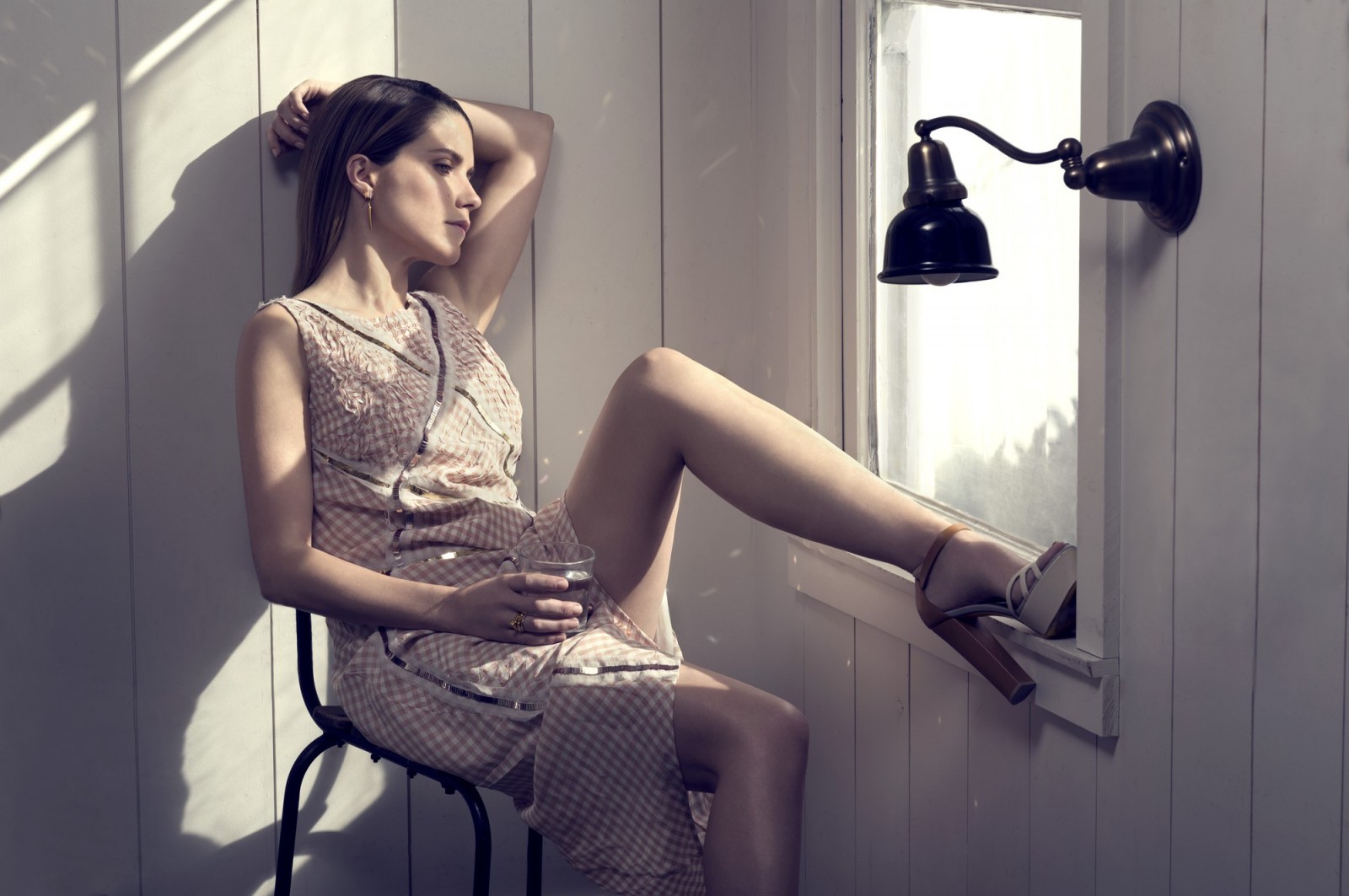 Happy Birthday, Sophia Bush! Here’s why we love you

It’s that time of the year when our favorite Sophia, celebrates another lap around the sun. Today (i.e., July 8, 2020), marks the 38th birthday of filmmaker, actress and activist, Sophia Anna Bush. While almost at 20 years as an actress with an extensive filmography to boot, it was both/either her role as Brooke Davis of One Tree Hill, and/or as Detective Erin Lindsay of Dick Wolf’s Chicago P.D., that really stamped her name in Hollywood and immortalized her forever as one/two of our most favorite badass females of all-time.

Aside from her apparent talent on-screen, however, there’s her endless fight for social and environmental justice, especially during these trying times of COVID-19 and Black Lives Matter, furthermore proving why she is, and always will be, our Woman Crush Everyday.

And so, on account of her special day and, without further ado, let’s celebrate Sophia.

Why we love Sophia 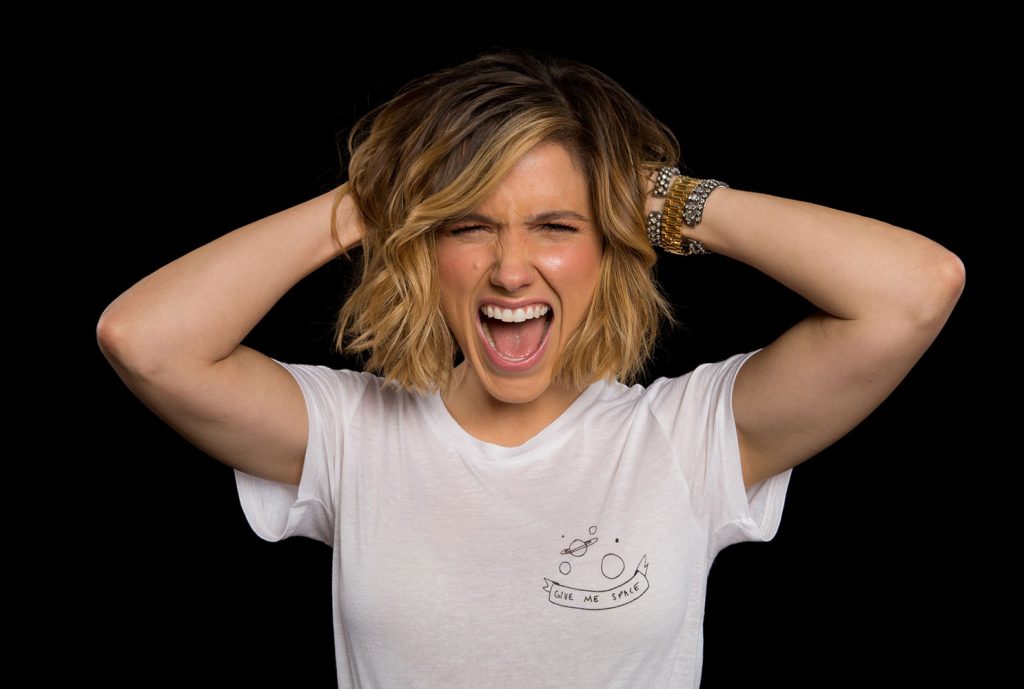 I’m taking up this space real quick, for some of the random things that I love about Sophia, before I get to the other, more specific stuff, such as her acting and her advocacy work. Firstly, there’s her signature, raspy voice that’s unmistakably her when heard. If there’s one thing that separates Sophia, it’s her speaking voice. Sophia, herself, embraces it, so who’s to say that we can’t?

Secondly, I love that she loves to travel, too. Traveling fills my own soul, which, from what I gather, impacts her the same. From interstate destinations such as Telluride, Colorado and Moab, Utah, to overseas in Uganda and Patagonia, she loves to connect to nature, to cultures, as I do. Traveling is just so inspiring, as is she.

Thirdly and lastly: her love for puppies, may be my most favorite thing about her. She loves to foster (Frankie may have been my most favorite one that she’s taken care of) and, according to her former Chicago P.D. co-star LaRoyce Hawkins, she’d likely do a citizen’s arrest if a dog was involved. My girl.

Celebrating her best roles, from Tree Hill to Chicago 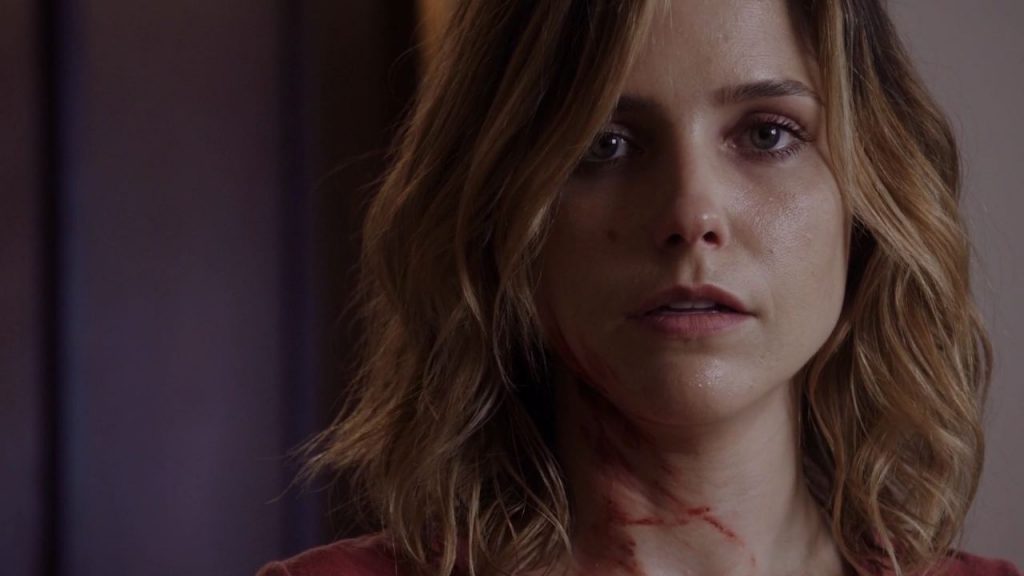 Where’d you first see Sophia? For me, it was One Tree Hill. I was just starting high school, then. I was an avid Tree Hill fan from the pilot episode — for years, it was the one television series that I couldn’t pass up per week. I had to be on top of it or less, well, I couldn’t go on with my life. My friends and I would even have watch parties every week. However, to be completely honest, I wasn’t in it for Brooke, or Brucas (Brooke, and Chad Michael Murray’s Lucas Scott). At least, not back then.

However, as I got older, and randomly, frequently revisiting Tree Hill had become an option (thanks to my many streaming subscriptions), a different light shone on Brooke, and her relationship with Lucas. While I still don’t care much for High School Brooke (with the exception of her version of herself in her senior year because that Brooke, I want to be best friends with her) and High School Brucas, I am in love with Adult Brooke and Adult Brucas.

Adult Brooke just had “the life”: the glitz, the glamour, the — everything, and Adult Brucas, well … both Brooke and Lucas had done a lot of growing up come the fifth season, and these grown-up versions of themselves just worked together. Also, her best friendship with both Peyton (Hilarie Burton) and Haley (Bethany Joy Lenz) and her godmother-ing to Jamie (Jackson Brundage)? Is “chef’s kiss” still a thing? Because, chef’s kiss.

As impactful as Brooke Davis was, however, I personally found her Erin Lindsay portrayal more so. One Chicago has taken over my life as of late, with Chicago P.D. being the front runner in my order of favorites in the Chicago franchise chronology, all in thanks to Sophia. Almost all of the time, I watch a film or a television series, so long as there’s a familiar face in the cast. Obviously, with CPD, I gave the show a chance because of Sophia.

While she may have only graced my screen for four seasons, they were the best seasons (to me). Erin was just very real, and easy to resonate with, and her unforgettable relationship with Jay Halstead (Jesse Lee Soffer) has forever left a mark on my heart. I don’t think that I could ever ship two characters as much as I did (do, will), Linstead, and to be honest, I’m all in all satisfied with what I got, even if they didn’t get to live happily ever after. The fact that they were canon and that they were the original endgame, well, it speaks volumes. Besides, there’s always fan fiction — a shit ton of some of the best fan fiction that I have ever read — and headcanon.

Apart from Tree Hill and CPD, however, Sophia, over the years, has definitely made her mark in Hollywood. From iconic roles such as in John Tucker Must Die, to unforgettable guest roles such as in This Is Us, to even distinguishable voice roles such as in Incredibles 2, I expect nothing less than the best from Sophia, no matter the project. 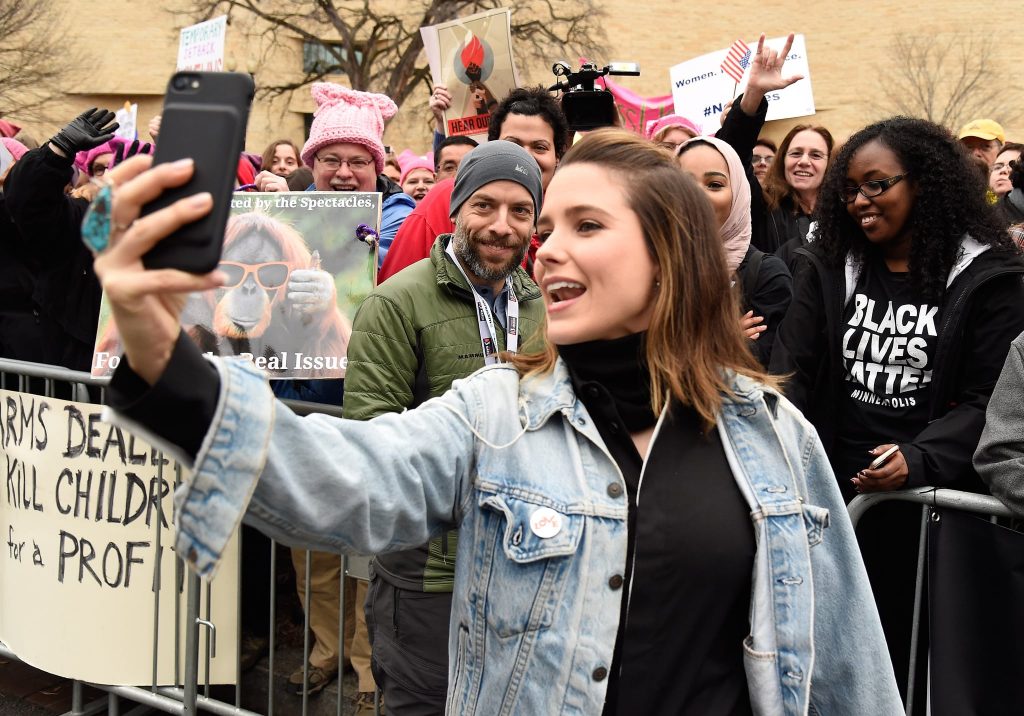 Apart from being in love with her literal, physical voice, I am also in love with her figurative voice, the one that represents who she is and what she wants you to know from her activism. In the last decade, I’ve strived to model my own life around Sophia’s lead, even if during most of those years, I didn’t even know it. Sophia and I are damn alike.

College is known as one’s “experimental” years — when I put myself through college, I did just that. From what I majored in, to what my extracurricular activities were, my mind veered into avenues, I never thought that I’d find myself in. In result, I learned who I really was, as well as who I could further become in both the near and distant futures.

I got into activism then — I spent a shit ton of my time and my money (that I apparently got out of thin air because it’s not like I was working or anything at the time), fighting for whatever I believed in. Whether it was women’s rights, or environmental protection, you’d likely find me marching down streets, or signing petitions, left and right.

Sophia has done so fucking much for the world that, honestly, I’ve lost track of what she’s done, and what she’s been up to these days. From advocating social movements such as #MeToo and I am a voter., to fighting for justice for the murders of the likes of George Floyd and Vanessa Guillen, to even just educating her fans and the world about the Coronavirus — she deserves all of the praise in the world.

Another thing that Sophia and I have in common? Our interest in communication and expression. Sophia has gone from writing op-eds on topics such as the importance of educated voting, as well as love addiction and finding “The One”, to releasing frequent episodes of her Work in Progress podcast, where she simply just has chats with persons who inspire her and who she believes can inspire the world. Sophia doesn’t hold her tongue when she has something to say, and that’s probably what’s most admirable about her.

The once-journalism major at USC is also impressively active on social media, especially on her Instagram and Twitter, where she, during this difficult time, has been spending her waking hours, tirelessly making her mark in making the world a better place. Thanks to her being the well-known actress that she is, she has established millions of followers on her channels, and so is making quite a vocal footprint for herself. I say, bra-fucking-va, Sophia Bush. Brava.

Both on- and off-screen, Sophia is a fucking beautiful person (both inside and out), and a fucking gift to this world. Happy Birthday, Soph! Thank you for sharing your life with us! We fucking appreciate you.