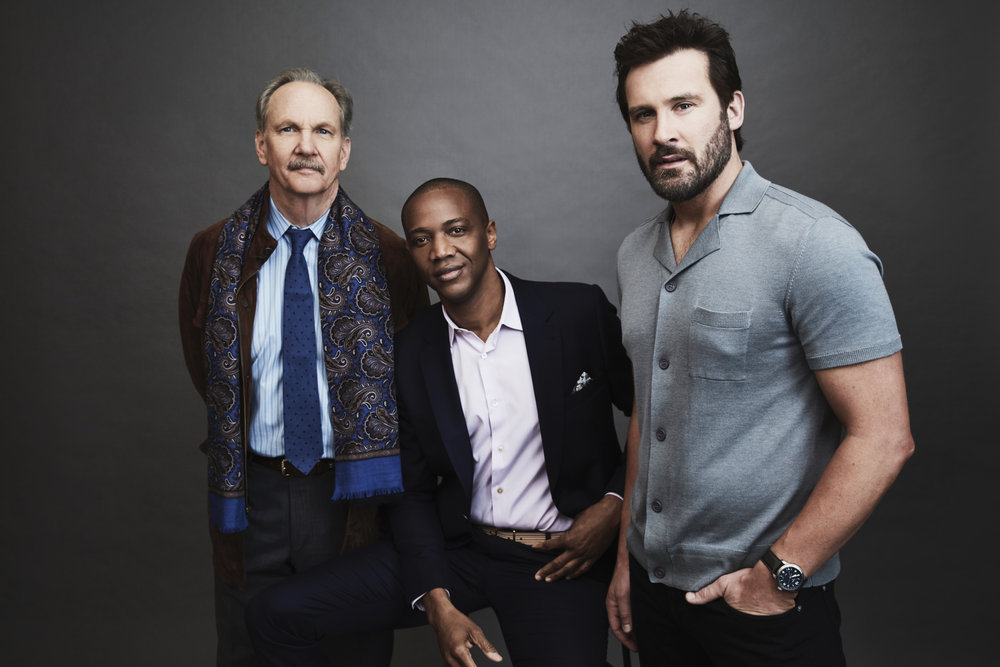 How ‘Council of Dads’ Hits Home for Me

So, I thought a lot about this and what I wanted to say before actually sitting down and doing it. I watch a lot of tv. Like, a lot. Shows and movies have always provided me with a way to immerse myself in another world. My imagination has always been pretty big and I never felt super artistic. But maybe that’s because growing up, I didn’t realize that writing is also an art form. Writing is another thing that provides me with something to immerse myself in. Watching a lot of television shows means that it can be easy for me to find similarities in a lot of them or gravitate toward a certain kind of show. But it also means that sometimes, a show can come along and literally find its way into my heart. Council of Dads did that for me and I want to talk about why.

I’ve Never Related to so Many Characters Before

There are a lot of different personalities in this show, and I’ve found a way to relate to quite a few of them. Either directly, or indirectly. Listening to Larry talk about how drinking cost him his family hit me pretty hard. I’m generally a pretty open person about a lot of things. My father’s drinking problem isn’t really one of them. But hearing Larry talk about what it was like to lose that family made me wonder if that’s how my dad felt when my mom finally took my sister and me and left.

When Luly expresses that she doesn’t know what she wants to do with her life and wonders if Robin is disappointed in her for not moving to Brooklyn, I felt that in my soul. I floundered a bit out of high school. Going to college for something basic just for the sake of getting a degree, only to not finish. I didn’t feel attached enough to stay there. It was only a few years ago that it hit me. That I knew what I was meant to do with my life. And now I’m a few short months away from graduating with a degree in Substance Abuse Counseling. I want to watch as Luly finds her way as well. Because I remember that journey and what it felt like. And I remember the pride I felt when I finally knew what my calling was.

Then there’s Theo. I actually relate to him on a deep level because while I was about Luly’s age when my dad died, I reacted a lot more like Theo. I was really mad. Mad at the world and myself and my father too. But like Theo, I kind of had my own council to fall back on. My grandfather stepped up along with one of my uncles and my stepdad. They stepped in to raise me from the moment my father was no longer able to do so. I just never thought of them as my own Council of Dads until now.

In my adult life, I also find myself relating to Anthony a lot. I’ve made a choice to follow my own path and not take the traditional route of settling down and having kids. I love adventure and being able to just pick up and go when I feel the need. But there are also people that keep me grounded and I am very close to my family. I also help take care of a little girl who was adopted and she and her family have absolutely become a part of my own. So watching Charlotte realize that blood doesn’t matter when it comes to deciding who your family is, really makes my heart feel full. Because I know I have plenty of family members that are a part of my heart and soul and have no biological relation to me.

As with this show, life doesn’t always give you a break between blows. I recently lost my grandfather as well. But you lean on the family you’ve got and you find a way to get through it together. Council of Dads shows that message in spades with each and every episode. I really don’t think I’ve ever held a show so near and dear to my heart before.

Council of Dads isn’t your typical show. And while it’s premise may not lure you in, I promise you that if you give it a chance, it will have some kind of impact on you. Every single episode has had an impact on me. I’m not a crier. Not when it comes to something on a screen. But I’m not ashamed to admit that I cried at least one time during every single episode. Because what they’re showing isn’t just some cheesy, cliched, life lesson. It’s all different realities that people face every day blended together into one big family. And it’s absolutely beautiful and moving.

So Many Reasons to Love it

I’ve never relied on a show, or connected to a show in such a way that I feel there are parts aimed directly at me. Until now. I can’t fathom what the reason could be for why it wasn’t as popular as the network wanted, but I do know that it took five episodes in before I really caught wind of it and sat down to watch it. So maybe Council of Dads just needs a bit more time or a bit more promotion. Regardless of what it needs, I truly hope that there is a network or streaming service out there that will see how much this show is needed and give it the chance it deserves. I don’t think I’ve ever been more impressed by a cast before. Every emotion shown from every single one of them, I felt deep in my soul and my heart.

There aren’t a lot of shows I can sit down with my mom and watch since we have such different tastes. But Council of Dads is a rare exception to that. I started it over and began watching it from episode one. And I cried just as much the second go around. Only this time, she was crying too. And I think to watch a situation played out so amazingly raw where people were going through something she did made her feel truly connected to this show. And I wouldn’t be surprised to discover that this is how all the viewers who have seen it have felt.

If Council of Dads doesn’t end up getting saved, I want to thank everyone involved for this show. It was a truly beautiful ride. I don’t think there will ever be another like it. There will now and forever be a very special place in my heart for this one. So, thank you. You can find and follow me on Twitter @Sarah_Jeanne17 and @capeandcastle. You can also find our site here for more articles!