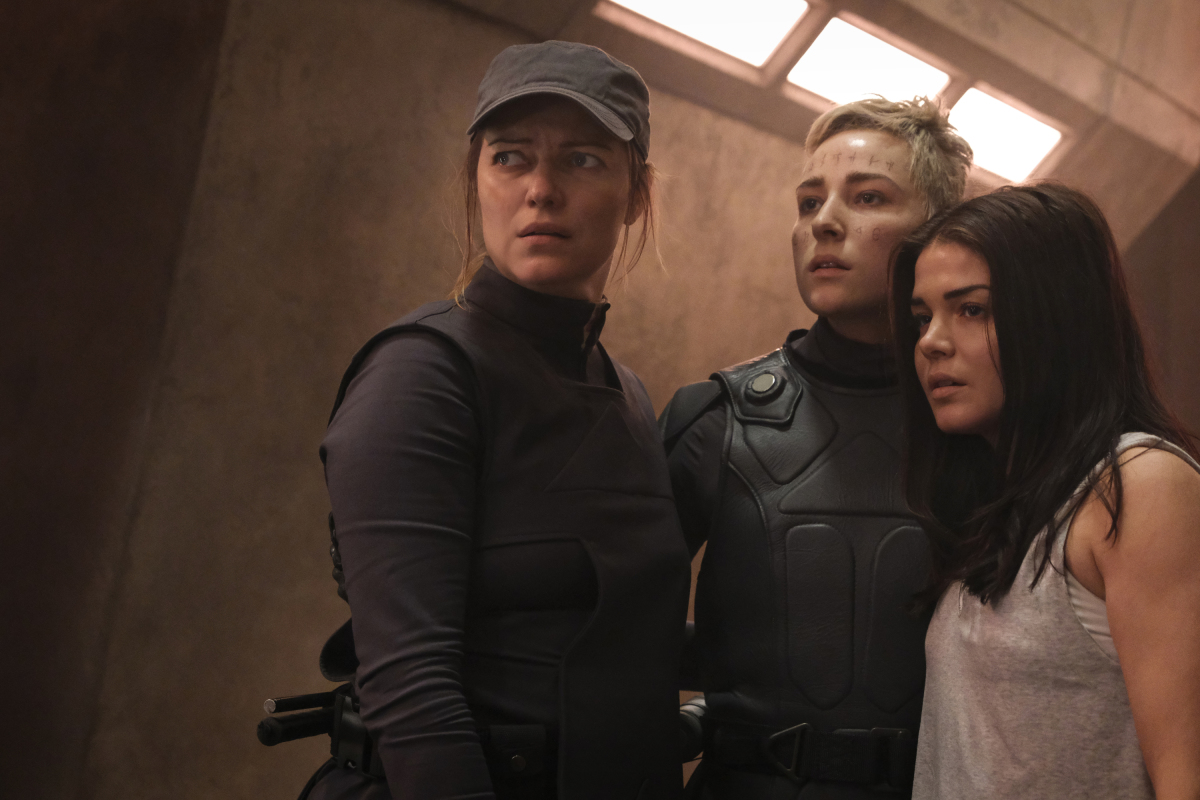 In a nutshell, things are not getting any better for a single one of our characters. They all seem to be facing threats, which isn’t extremely unusual. Or unusual in the slightest, actually. But the threats they seem to be facing right now certainly seem worse than any we’ve ever seen. Maybe that’s because everyone is so separated and there are just so many threats being faced at once. Do you know who would really help solve these problems right now? Bellamy. Look, we were going to bring that up at some point, as we do in every review, so at least it was at the beginning. We’ll try to restrain ourselves for the rest of it. So keep reading for The 100 7×06 review!

Always Been A Fighter

We know that Diyoza and Octavia have fighting spirits and they always have. But we are really seeing them in rare form. The amount of torture inflicted on Octavia was actually horrendous and we had a hard time watching it. The guards attempting to break her down had us feeling a little violent ourselves. Thankfully, Octavia is just about as tough as they come and she more than held her own with them. And while watching Diyoza was just a little bit terrifying, we also rejoiced that she was a mom willing to do absolutely anything to get back to her daughter. We love to see it! Plus, we had zero sympathies for those guards, to begin with, much less after they were torturing a couple of our favorites. They got what they deserved. 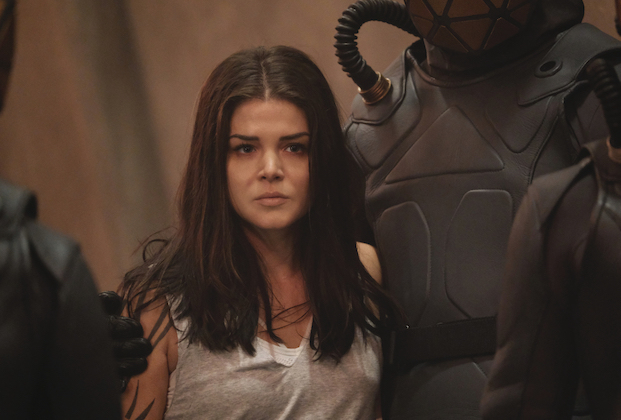 You probably don’t have to worry about us talking about needing Bellamy to return for the entirety of this review, because we can’t even talk about what’s going on with him. Not without freaking out, at least. We also don’t believe that it can possibly be true anyway. So there. We also wish that fighting off the guards was the only thing Diyoza, Octavia, and the others had to worry about, but, you know. Of course, it wasn’t. They can’t catch a break that easily. We’re still speechless about the move Gabriel pulled. What the hell, man?

Center of the Planet

Okay, so maybe Clarke and the others weren’t actually going to the center of the planet. But it sure as hell felt like it. Watching Raven and the others go through that scary as hell cave was not fun. At least for us. But we’re sure it also wasn’t fun for a single member of this group. Especially when, you know, Raven got attacked by some spider creature. Why did it have to be so terrifying-looking? And why did it have to resemble a spider of all things? Then Raven and Clarke naturally got separated from the others and we just really aren’t prepared for what keeps happening to any of these characters. A break. We beg all of the powers that be to give them just a little bit of a break.

But we did get to enjoy one of Clarke’s infamous “what we had to do” type of laments and we always enjoy those. Plus, we got a Clarke and Raven hug as a bonus. That’s something. Right? Even if it was while they were actually trapped inside of a living, breathing thing. We don’t really know what it was. But we know that it was gross and we just wanted Raven and the others to get the hell out of there. At least they were able to perform another planet jump but we’re pretty worried about where the hell they are going to land next. Things haven’t gone so well for them thus far.

Madi’s time as a carefree child was pretty short. We’re calling it nonexistent. That kid has so much stuff she always has to worry about, we don’t know how she doesn’t buckle under all the pressure. At least she has a great support system. Even if Clarke is gone at the moment and Madi is worried about her. Thankfully, Indra takes over command so that Madi doesn’t have to. Now she can attempt to get the shit-show that is Sheid-Russell under control. Well, we hope she can get it under control. If it’s possible to do, Indra will be the one to do it. We’re keeping our fingers crossed!

What did you think of this episode? Do you really believe Bellamy is dead or do you think there will be a twist? Are there any theories you have about how The 100 is ultimately going to end? Find and follow us on Twitter @capeandcastle to let us know your thoughts and join The 100 conversation! Be sure to also check out our site for more articles on all things Disney and beyond!