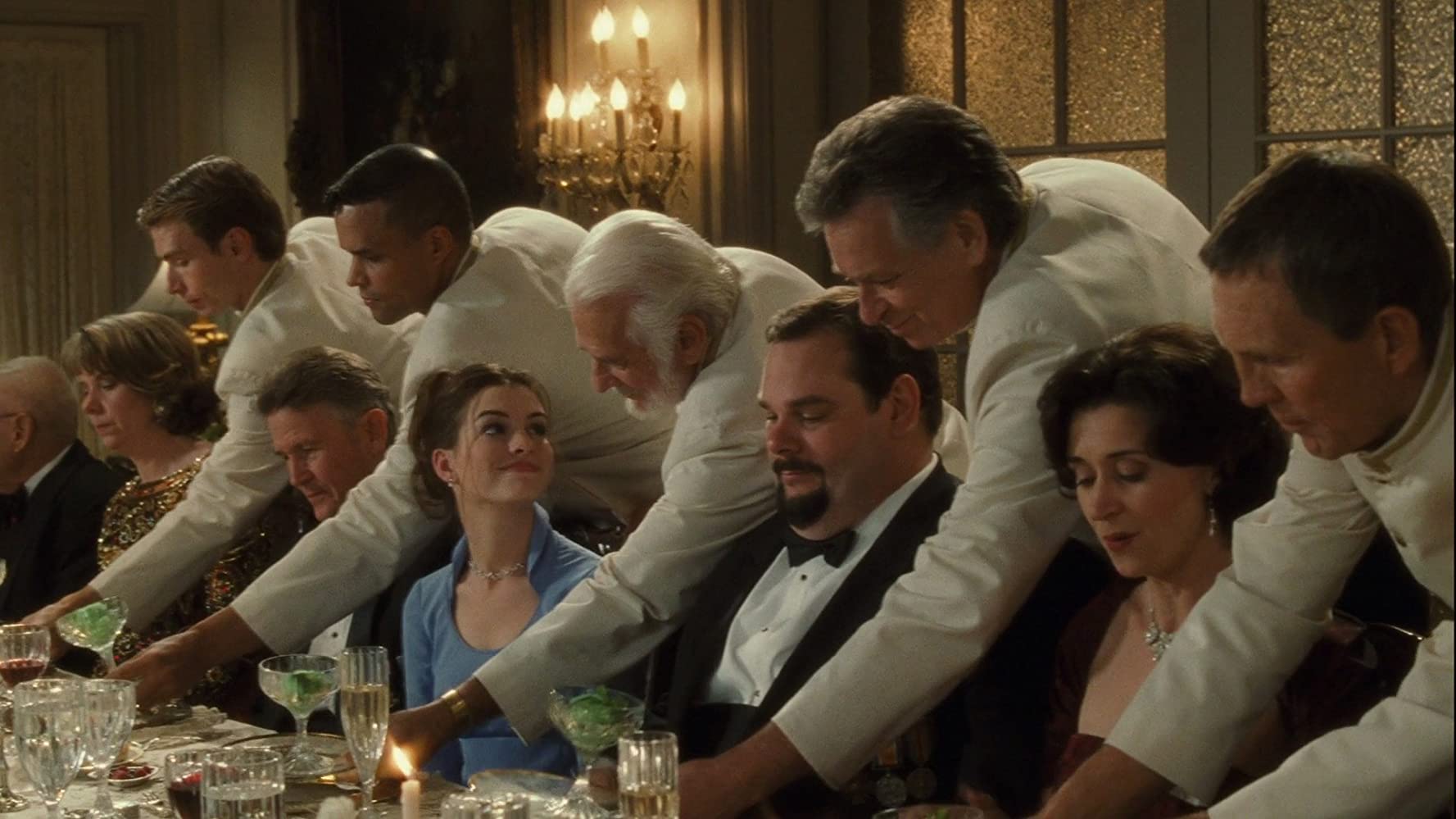 It’s another cooking Friday at Cape & Castle! I hope your sweet tooth wasn’t satisfied after the Twinkie’s from WALL-E last week because we are back at it with another dessert recipe. It came to our attention this week that we have not yet created a dish from a live-action Disney movie, and none sticks out quite as much to us as the mint sorbet from The Princess Diaries. 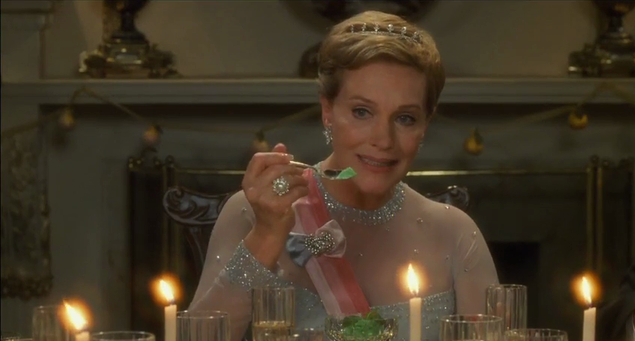 One of the most iconic chick flicks of all time, The Princess Diaries remind us that princess stories aren’t just exclusive to fairytales. Mia (Mignonette Grimaldi) Thermopolis (Renaldi) is an average fifteen-year-old girl living in San Francisco when her Grandmother reveals she is a princess and heir apparent to the throne of the fictional (sadly) European kingdom of Genovia, and oh yeah, it’s entire fate is in her hands.

From then on, Mia is thrown on a transformative path as she undergoes lessons and challenges on the way to earning her royal title. However, the beauty of this movie is Mia’s new hairdo and table etiquette are not what make her a princess. It is her bravery and selflessness in sacrificing her agenda to assume an unfamiliar role to help others that make her true royalty.

One of the stumbling blocks along Princess Mia’s character arc is a state dinner, where she has a ‘Be Our Guest’ scene of her own that doesn’t go as well as she had hoped. Now, that we think about it, few cinematic dinner scenes end well. The family dinner in Brave ended in a fight, the engagement celebration in Maleficent: Mistress of Evil was the inciting moment of a war and don’t even get us started on the awkward tension of the dinner in Shrek 2.

In this particular scene, Mia’s clumsiness at a Genovian state dinner sets off a series of unfortunate events that include lighting her nametag on fire, throwing an ice bucket, breaking her glass and tripping a butler.

After the main course, the Prime Minister explains to Mia that the next dish is served in between courses as a palette cleanser. Palette cleansers are an uncommon culinary practice in America, but they are widely used in Europe as well as in highly spiced cuisines like Indian and Thai. 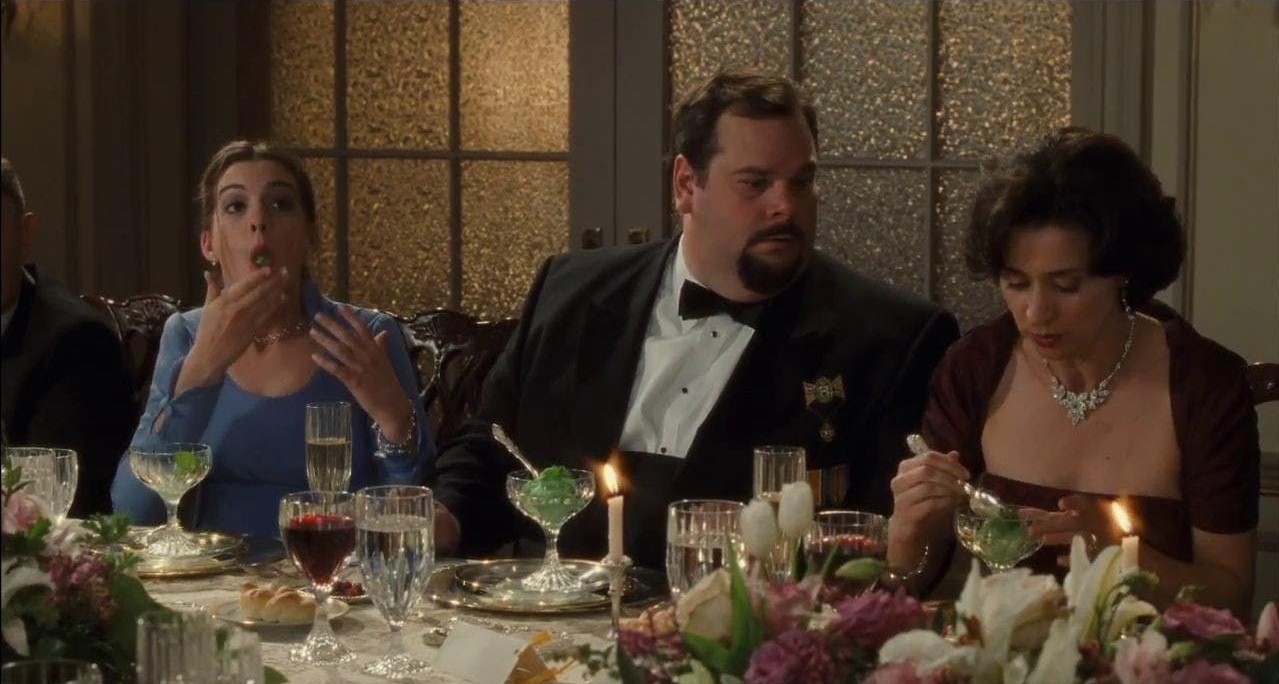 But what Mia does not know is that the sorbet in front of her is frozen. After horking down a massive spoonful of sorbet, Mia has a spell of sphenopalatine ganglioneuralgia—more commonly known as brain freeze—causing her to make a scene in front of the entire dinner party.

The mint sorbet recipe we used was courtesy of hungryforever.com. You can find the link here!

Good news if you have an intolerance to lactose—sorbets are dairy-free! It may look like ice cream in the film, but sorbet is composed of water, sugar, and fruit and has a more icy texture as opposed to the creaminess or its dessert doppelganger. Water ice with a personality, if you will. 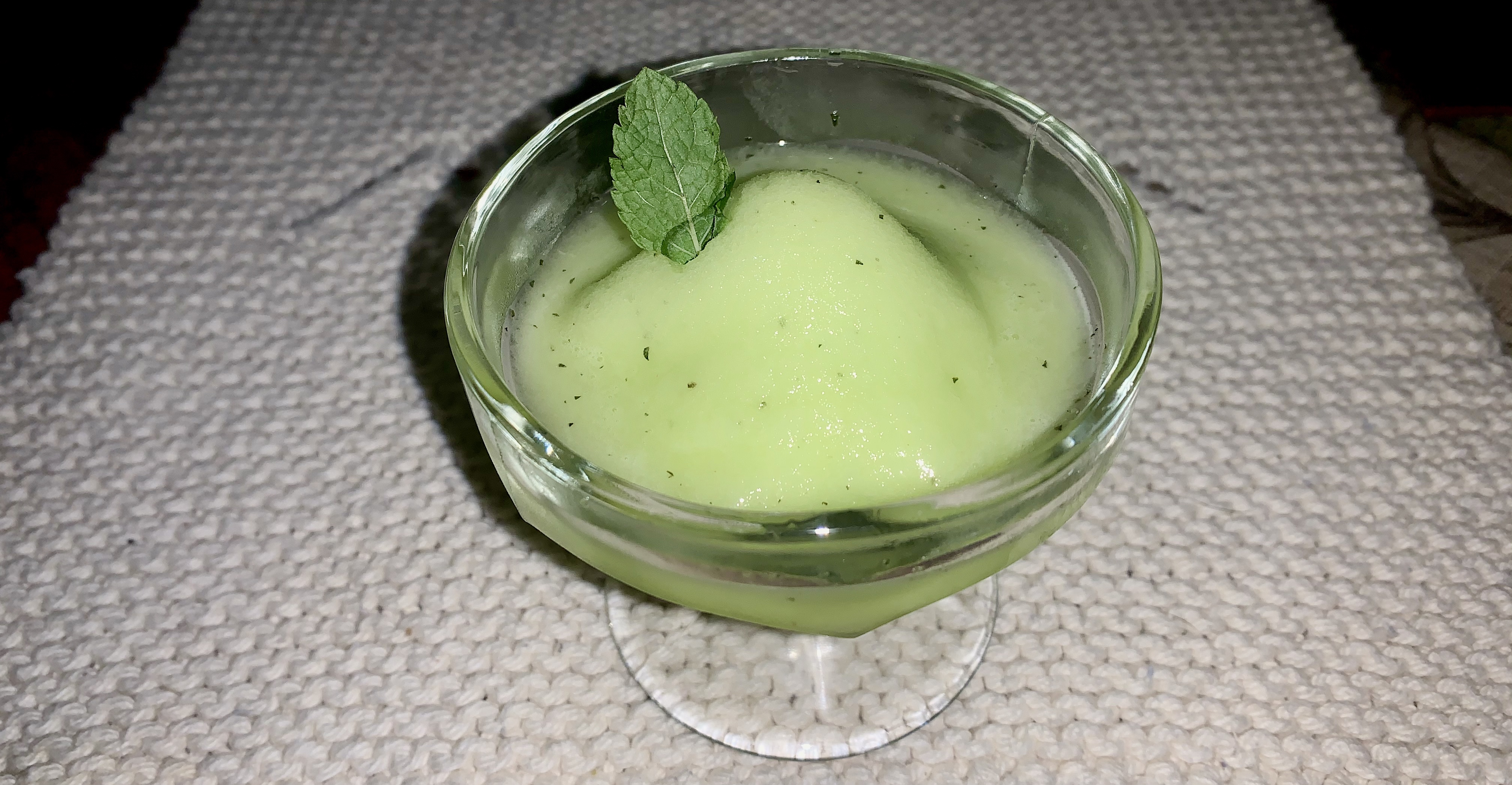 But sorbet isn’t just for palette cleansers. The frozen treat makes a great summer dessert without the hassle of ice cream machines. There is a period of waiting while the sorbet chills in the freezer, but it gives you plenty of time to binge both Princess Diaries movies on Disney Plus!

Need some Disney tunes to cook along with? We got you!

What other dishes would you like to see us make? Let us know on Twitter and make sure to share with us what Disney food you are making @capeandcastle! Be sure to also check out our site for articles on all things Disney, Marvel, Star Wars, and more!