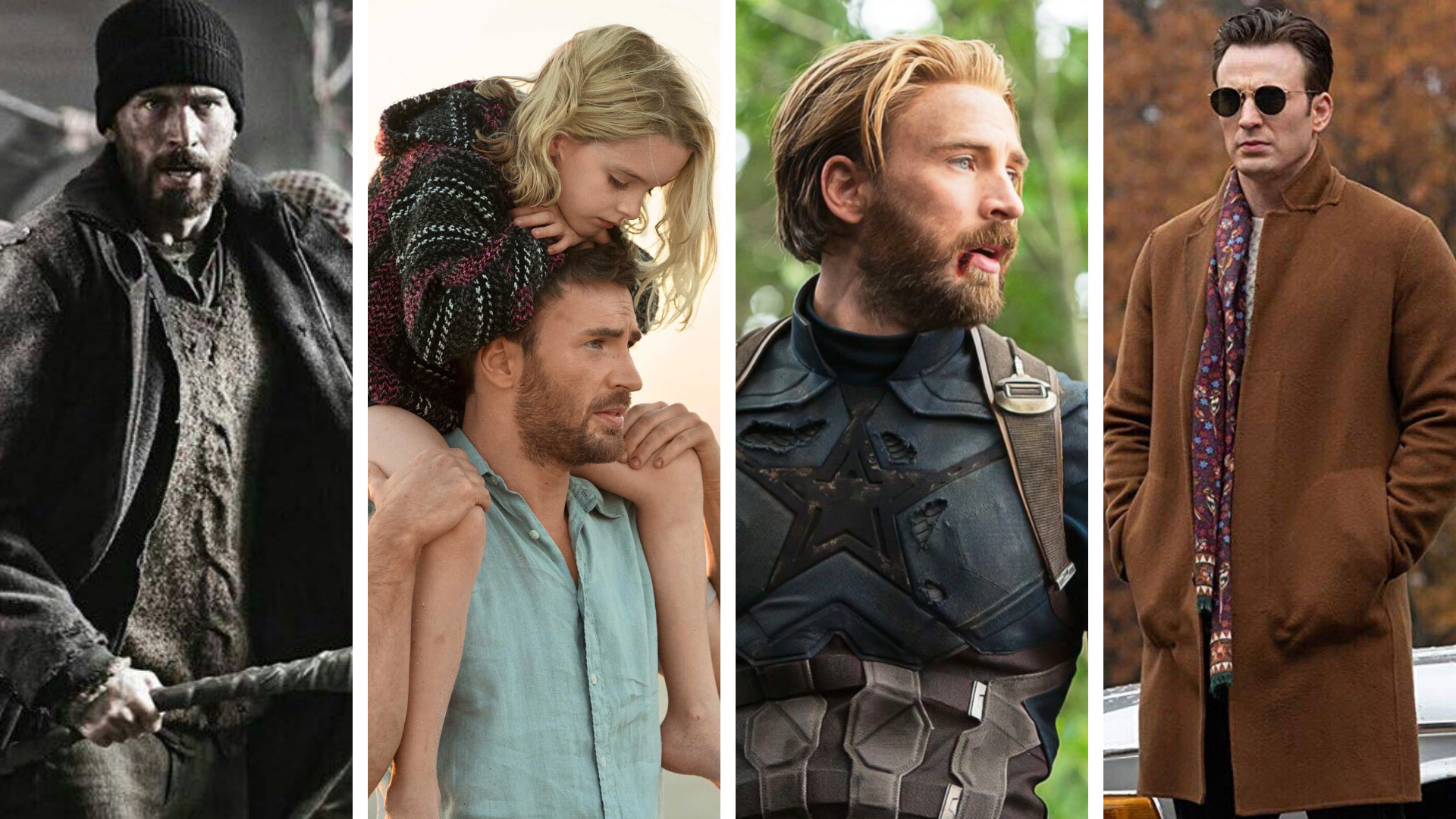 Chris Evans’ most iconic are the roles we still talk about months and years after we first were introduced to them. The roles that made us first take note of his talent, the characters that made us fall in love, and the movies we rewatch endlessly. Today we celebrate Chris Evans’ 39th birthday with a look at his most iconic roles and a deep admiration for the man he is.

Don’t worry too much about the order presented here. I shifted the order of these characters so frequently in the process of writing this article that it was clear to me that they are all equally worthy of being considered his most memorable. While I did ask my colleagues at Cape and Castle for their input (and a few of them are quoted below) I had the pleasure and privilege of choosing the roles included here. I decline to diminish any of them by ranking them against each other. You’re free to do that yourself. 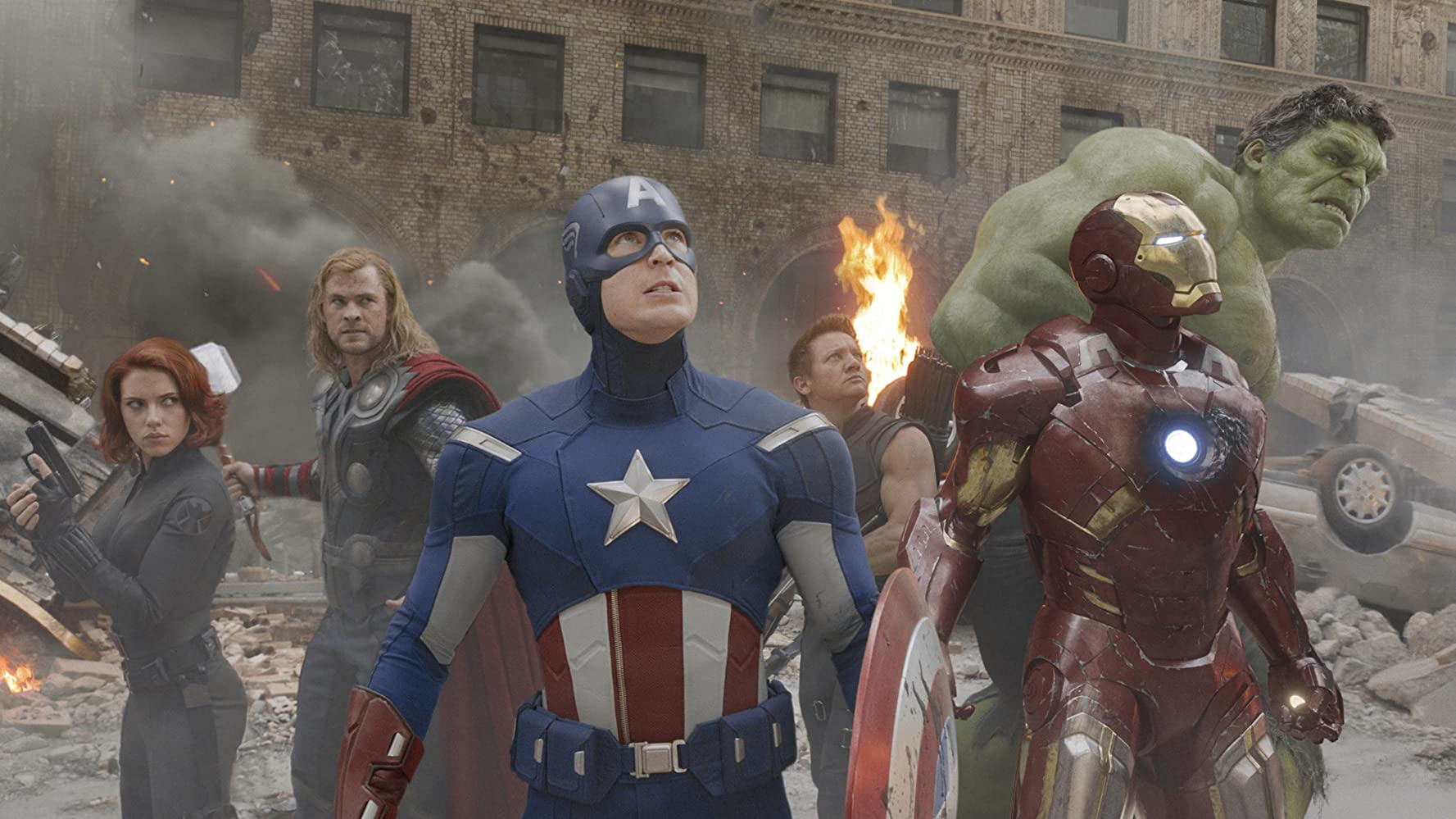 Let’s get this one out of the way first. Chris Evans is best known for his portrayal of Steve Rogers, aka Captain America, over a decade of films. Steve Rogers is an intrinsically good man, driven by the desire to do the right thing. He has strong morals, firm beliefs, and a general distaste for foul language. Steve led a life unique to that of any other man, and lived it in service of helping and protecting others. A few months ago, I wrote an entire article cataloguing Cap’s top moments. Check that out here if you’re interested. Chris brought Cap to life beautifully. He made a larger than life character with super human powers infinitely human and relatable. While I am excited to see Anthony Mackie take on the shield to become the next Captain America, I will miss seeing Steve Rogers on my screen.

Colin Shea in ‘What’s Your Number?’ 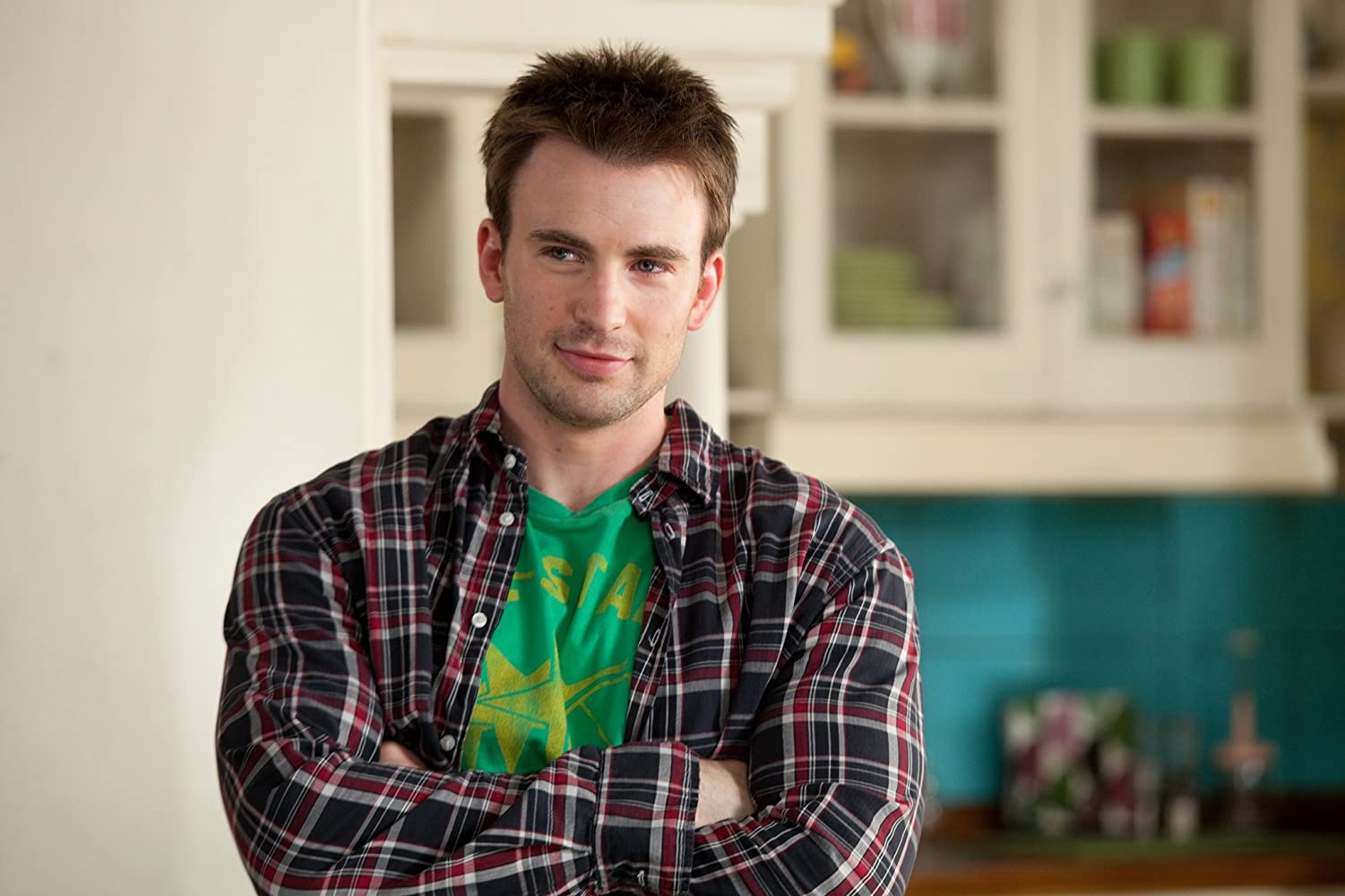 Colin came along just before Cap in Chris’ filmography. Colin is an affable, charming guy who teams up with his neighbor to help her track down her exes to assess their worthiness for a second shot at love. Along the way, sparks fly and Colin becomes the clear contender to be the final number on her list. With his easy smile and graceful charm, Chris is great in romantic comedies. I hope he does more in the future. If you’re a romantic comedy fan, I also highly recommend Playing it Cool. 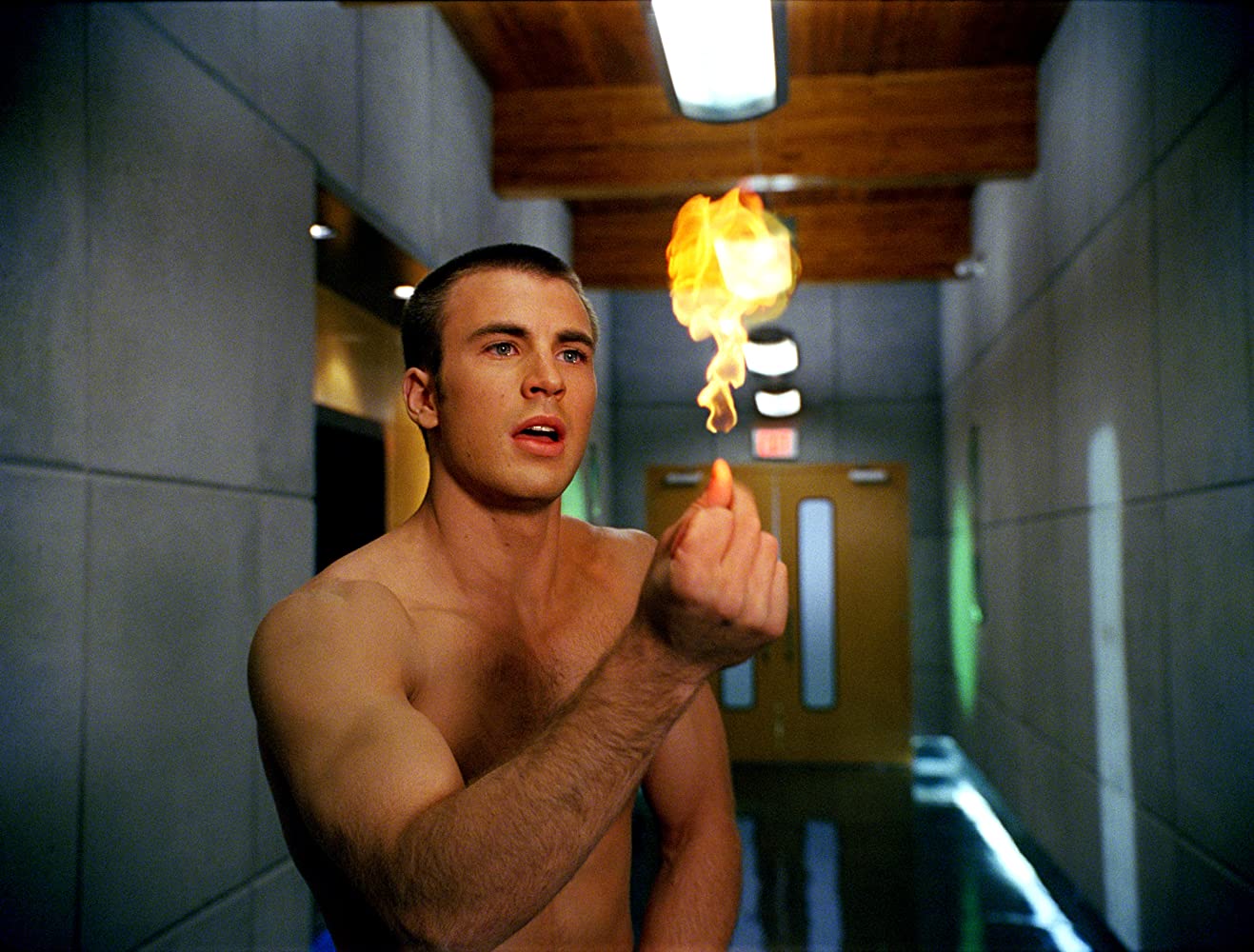 The first of Chris’ comic book characters to make a big impact, Johnny Storm is fun from the start. Flirtatious and funny, Johnny also has a short fuse. He walks the line between confidence and arrogance well, landing at just the right spot to be charming.

“Fantastic Four may not have been the first movie I’d seen with Chris, but it was definitely the one where he caught my eye. Not only was he super cute, but he really resonated with the character. I’ve known comics my whole life, and I was super impressed at how Chris translated Johnny Storm to screen. From then on, he became my ultimate celebrity crush. To this day, I have yet to get over how talented — and every other positive adjective known to man — he is.”  -Christine Cenon, Cape & Castle Editor-in-Chief 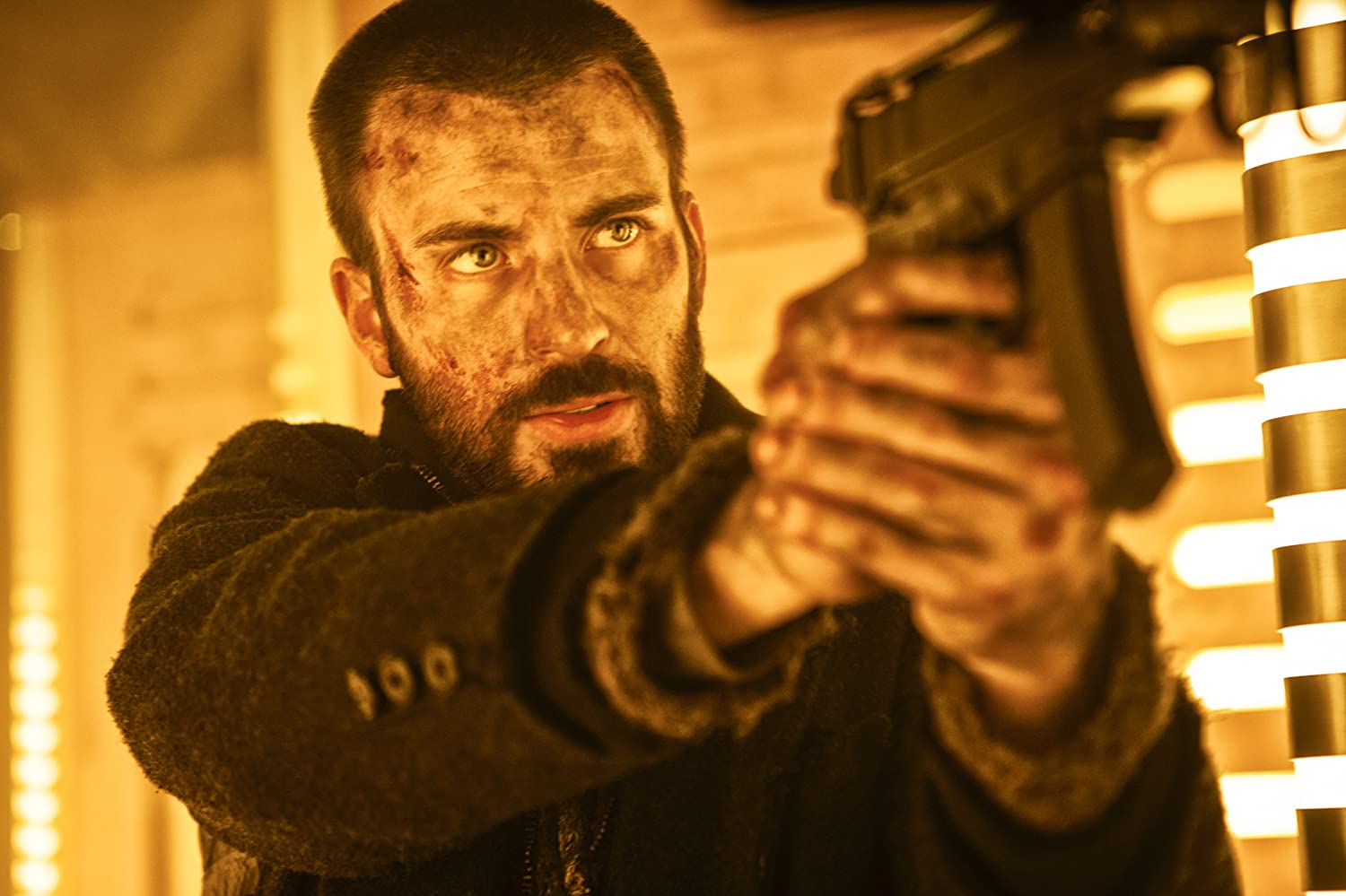 A darker film for Chris, Curtis is the central character in the dystopian survival tale Snowpiercer. It is a visually stunning, graphically violent, wholly fascinating film. As a passenger on a train that circles the globe on a never-ending journey after Earth is left uninhabitable, Curtis leads a revolt against the tyrannical people in power. He is at times angry, desperate, and remorseful as he makes difficult choices on his journey to the front of the train. Chris is captivating in this dramatic role, telling his story through both quiet moments and a grueling physical fight for survival as he continually moves forward.

Sunshine and Puncture are two equally brilliant, but lesser-known films where Chris portrays characters who are similarly out to do the right thing to fight for the safety of others, no matter the personal costs. While neither Mace in Sunshine nor Mike in Puncture are widely considered iconic yet, they are very worthy of your time if you’ve yet to meet them. 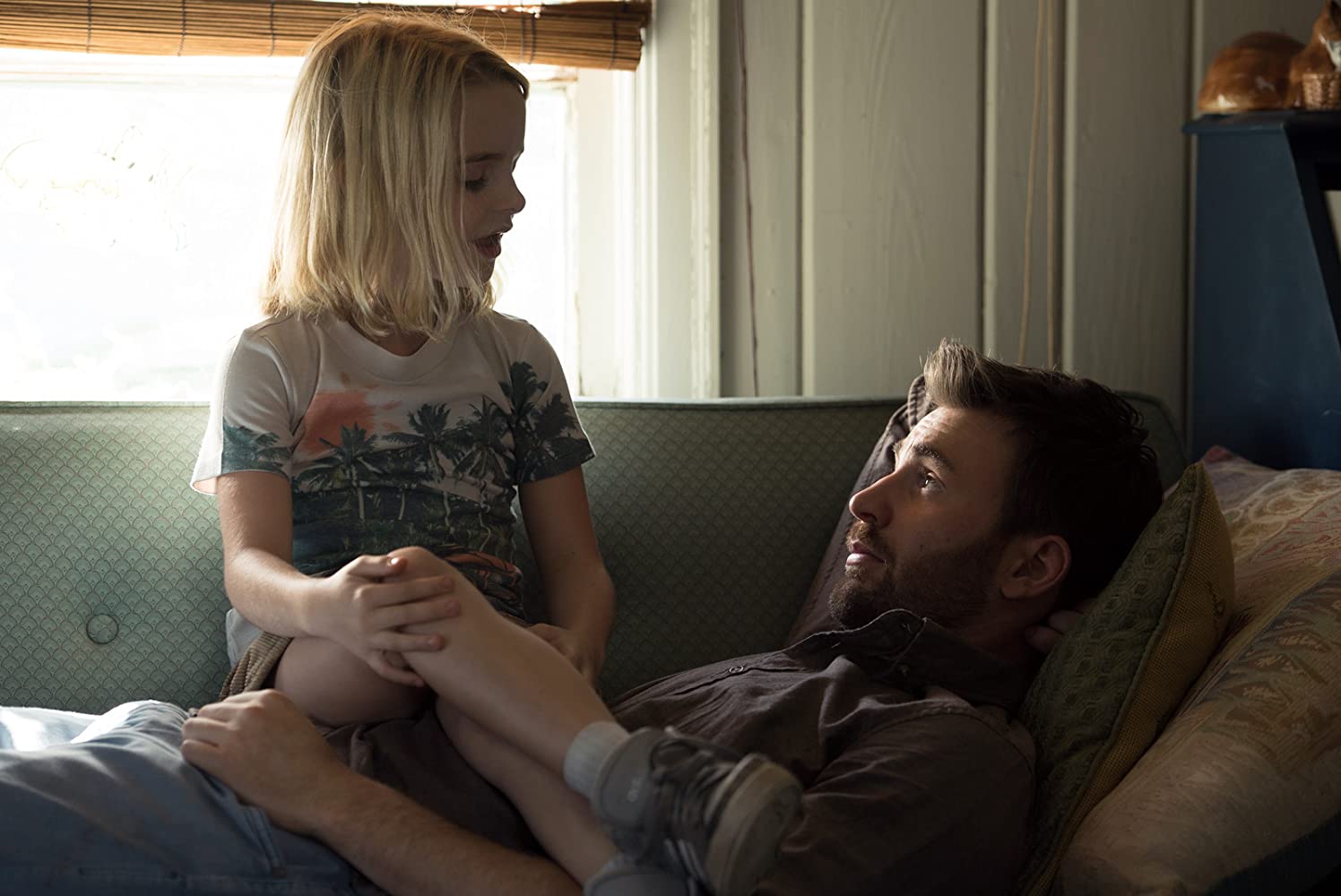 My favorite character. Easily. By far. Frank, driven by his love for his sister, completely changes his life to create a good life for her daughter, Mary. Further driven by his love for Mary, he nurtures her obvious intelligence while he attempts to shelter her from the way her uniquely gifted mind could adversely change her life. His entire goal in life is to provide a safe and stable environment for Mary that allows her to be a kid. My heart breaks for Frank, and for Mary, every time I watch the struggle they go through in this beautiful movie.

This was our first glimpse of Chris in a parental role and he nailed it. At turns frustrated and angry with the turn of events their lives take over the course of the film, Chris made it clear that Frank’s love for Mary was his ultimate motivation. While I have been a fan for years, this is the role that made me fall a little bit in love with Chris Evans from afar.

Nick Vaughn in ‘Before We Go’

Ah, Nick Vaughn. Another fave. Nick meets Brooke in the middle of the night in NYC when she becomes stranded after missing her train. Having had her purse stolen earlier, she has no wallet, no phone, and no hope of getting home in time to fix something. Nick spends hours trying every trick he can think of to get her home. A man who prioritizes the safety and well-being of a stranger instead of ignoring her plight, or trying to take advantage of her situation, is disappointingly rare but a welcome sight. Nick and Brooke spend hours walking and talking about life and love. Before We Go is a cathartic, beautiful film that marked Chris Evans’ directorial debut. Funny and charming, Chris Evans as a romantic lead is something we need to see more of. He is easy to root for, to fall for, and to hope for.

Ransom Drysdale in ‘Knives Out’

Known for cuddly sweaters and devious intentions, Hugh Ransom Drysdale is a complex gent. While glimpsed a few times early on, Ransom doesn’t strut onto the screen in his full glorious form until an hour into the movie. Once he’s onscreen, it’s almost impossible to tear your eyes away from this enigmatic character. Arrogant, dismissive, and caustic, Ransom is the definition of an entitled asshole. Aside from his charming smile and desire to help Marta solve the mystery of who’s framing her, he has zero redeeming qualities. Even the dogs dislike him.

While I am loathe to give away the twists and turns or the ultimate reveal of this thrilling whodunnit here, I did write a spoiler-filled review months ago. Chris is brilliant in this first outing since hanging up the shield. Ransom could not be more different from Steve. In every way. It’s clear watching him on-screen that Chris relished the chance to break out of his shell and play this absolutely despicable character.

This was Chris’ first role as a husband and father and he knocked it out of the park. From the moment Jacob was accused, Andy was singularly focused on defending his son. After years of playing characters with very defined moral compasses, both good and bad, Chris Evans’ Andy was morally ambiguous. His chosen life path was devoted to finding the truth, yet he held personal secrets for decades and was willing to lie in order to protect his son. Andy was a study in quiet intensity. Chris masterfully spoke volumes without opening his mouth, his silent expressions telling the story of his roiling emotions. When he did let emotions take over, whether it was finally aggressively confronting an adversary, yelling with frustration at his son, or tearfully admitting a devastating secret to his fragile wife, it was thrilling.

Chris Evans’ portrayal of Andy Barber was masterful. Chris brought Andy to life so vividly, that Chris often disappeared into the role for me. I forgot who I was watching. I felt the fear, the anger, the frustration, and the anguish as Andy tried desperately to save his son. If Ransom and Andy are any indication of what Chris is capable of delivering in his future roles, I am totally fine with him leaving Marvel behind.

There are a couple of other notable roles from Chris Evans’ filmography that are fantastic and worth checking out. While I am partial to Nick in the sci-fi Push and Jensen in the action comedy The Losers, my colleagues singled out even earlier roles. 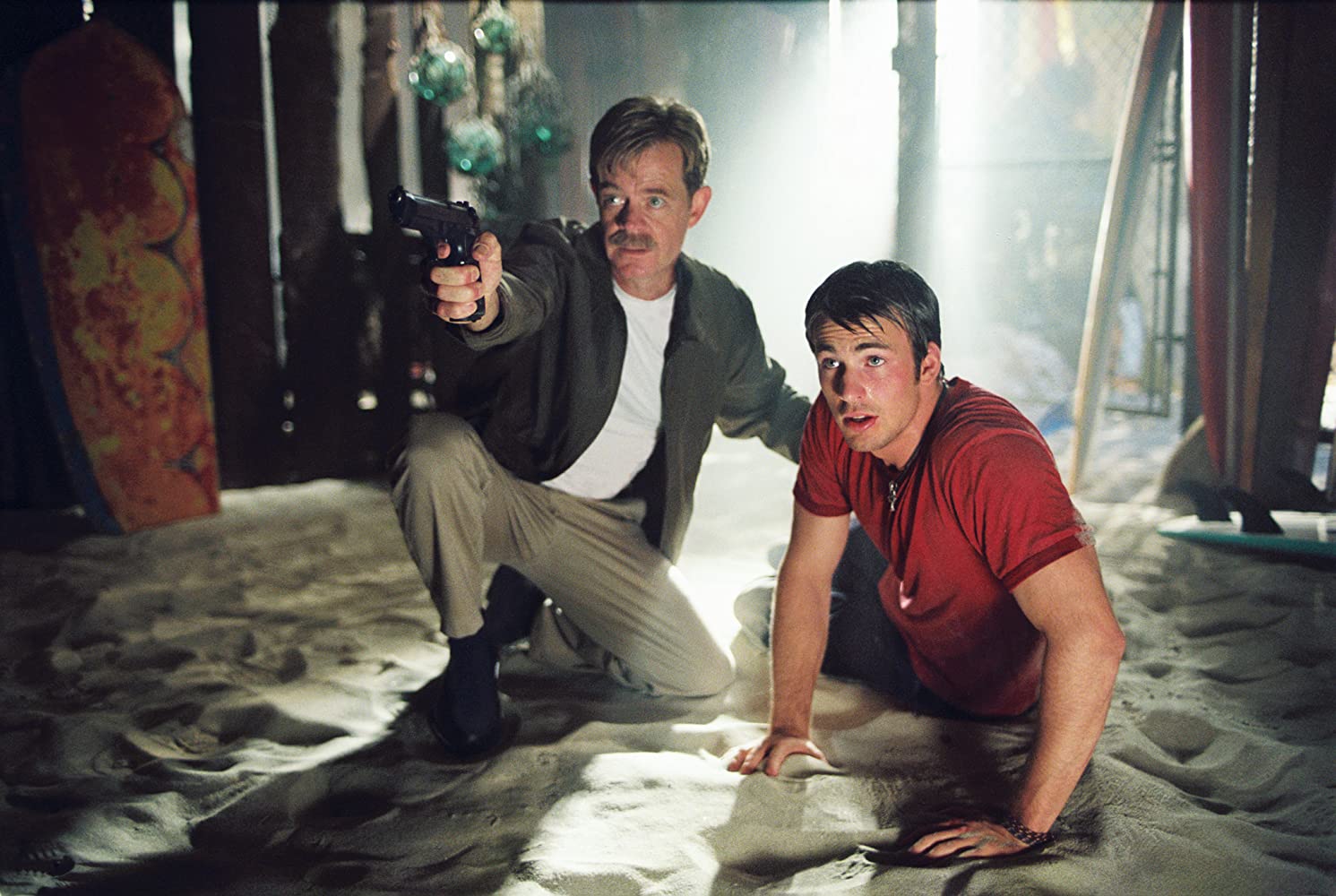 “I think everyone can agree that Chris Evans’ most iconic role is Steve Rogers/Captain America in the Marvel Cinematic Universe, considering how popular and beloved the “Star Spangled Man With a Plan” is worldwide. However, another iconic role of Evans’ that is also very underrated is his portrayal of Ryan Ackerman in Cellular. A college student desperately driving around to rescue a kidnapped schoolteacher after accidentally receiving a phone call from her is the true definition of a hero without a cape.” -Raquel O’Donnell, Cape & Castle Contributor 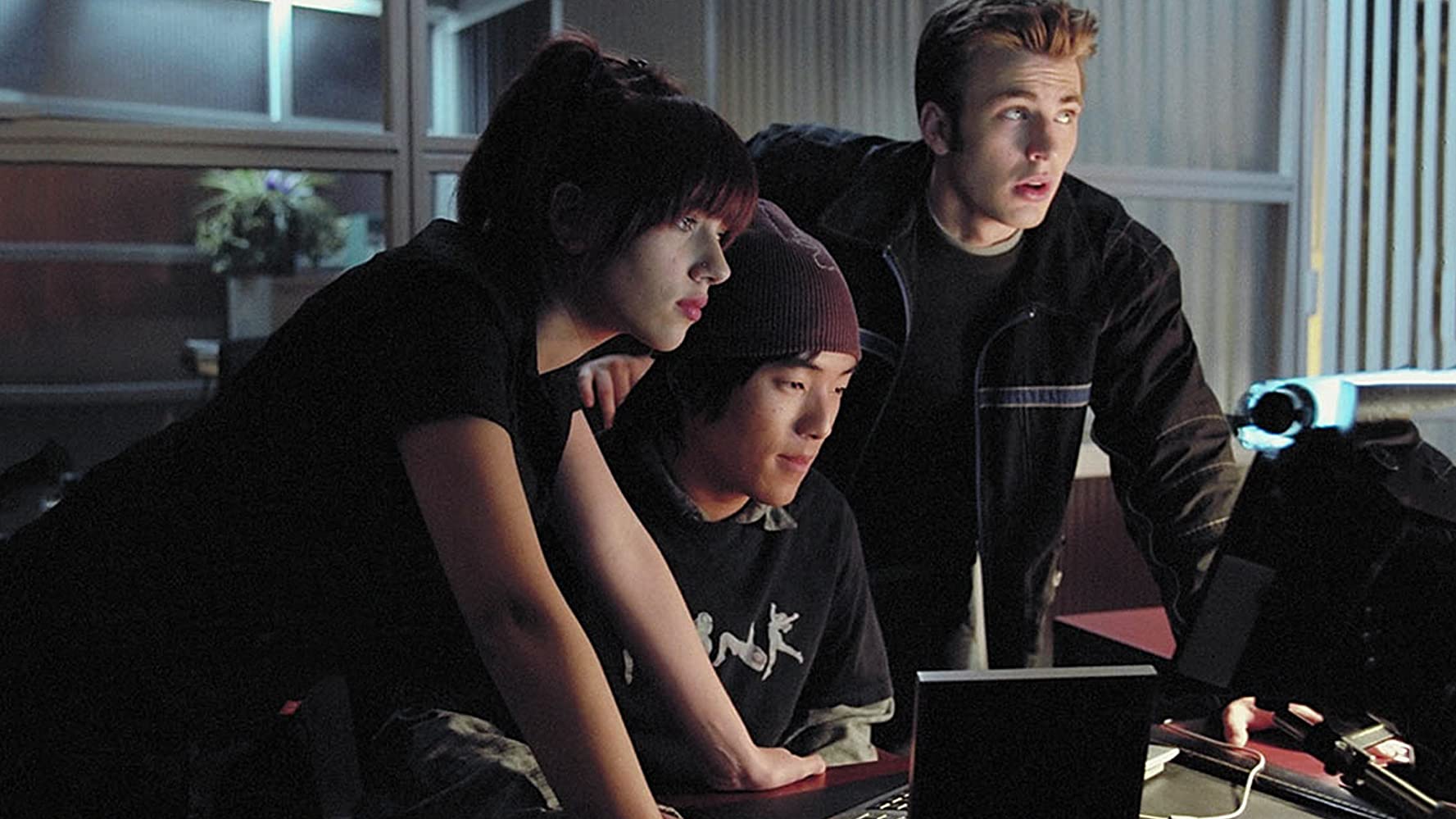 “I think The Perfect Score was a role that Chris really shined in and he proved himself to be an impressive scene stealer.” Sarah Cudlipp, Cape & Castle Deputy Editor

Chris Evans’ best role isn’t a role at all. It’s himself. Funny, clever, humble, compassionate, and generous. A sweet, kind man who prioritizes his family above all else. He spent quarantine at his home in Boston, his brother by his side, not far from the rest of their family. Chris and Scott even appeared on The Tonight Show from quarantine to play a game with Jimmy Fallon.

He is intelligent and thoughtful. While he may occasionally joke about his lack of proficiency with technology, he uses Twitter skillfully. He often tweets about books that he’s reading, or movies that he’s watching, inviting fans into his life just a little. And, every so often, he uses Twitter to bless us with the gift of Dodger.

Chris is a passionate man who uses his voice and his platform when he sees a need for it. He often uses his fame to draw attention to charities and causes that need support. He also has zero fear in using Twitter as a tool to criticize those who abuse their power. With a desire to offer a way for people to become more informed citizens and voters, he has created a website called A Starting Point. A new launch date has yet to be announced, but it could prove to be a very helpful and informative site once it’s up and running. I’ll let him explain:

“Choosing to pull your information from a place beyond your own echo chamber can only lead to a broader understanding.” @ChrisEvans on his plans to help create a more informed electorate https://t.co/ki2j5RlzSu pic.twitter.com/uk8PC1fi3f

Chris Evans has a smile like sunshine. He exudes warmth. He’s a self professed romantic. His love for Disney rivals my own. He’s a good and loyal friend. He is open and friendly with fans when he meets them; he’s especially sweet with kids. While he’s not perfect, no one is, he’s a very good man. Chris Evans is simply a beautiful soul. Happy birthday, Chris Evans!

What role do you consider to be his most memorable or iconic? Visit us in the comments or on twitter to let us know.