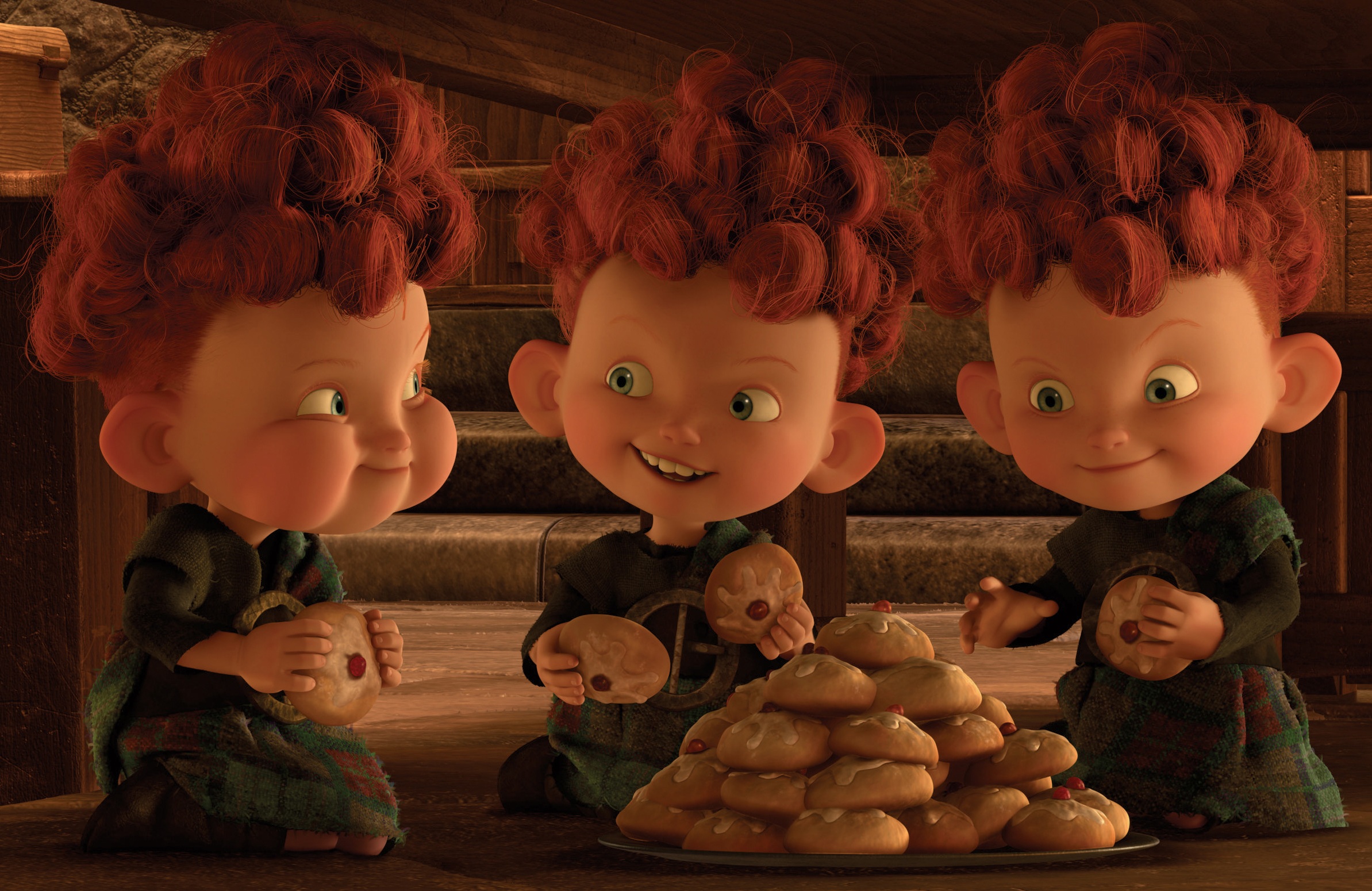 Welcome back into the Cape & Castle kitchen for Week 4 of our Disney cooking series! We’ve made Kronk’s Spinach Puffs. We’ve made Tiana’s beignets. We’ve made the cheese soufflé from Beauty and the Beast. However, we have not yet tried a dish from a movie outside of Walt Disney Animation Studios. This week, we changed that by attempting the Empire biscuits from Pixar’s spin on a princess film, Brave.

Brave might not be the most memorable princess movie, but Merida makes a solid run for Rapunzel’s money as the character with the best hair, and the film might take the cake for featuring the best-looking feast.

The accents are not the only taste we get of Medieval Scotland in Brave. Early in the film, the archeress protagonist, Merida, and her family are sitting around their dinner table that is lined with Scottish delicacies like haggis, which the three princes don’t seem to enjoy very much. 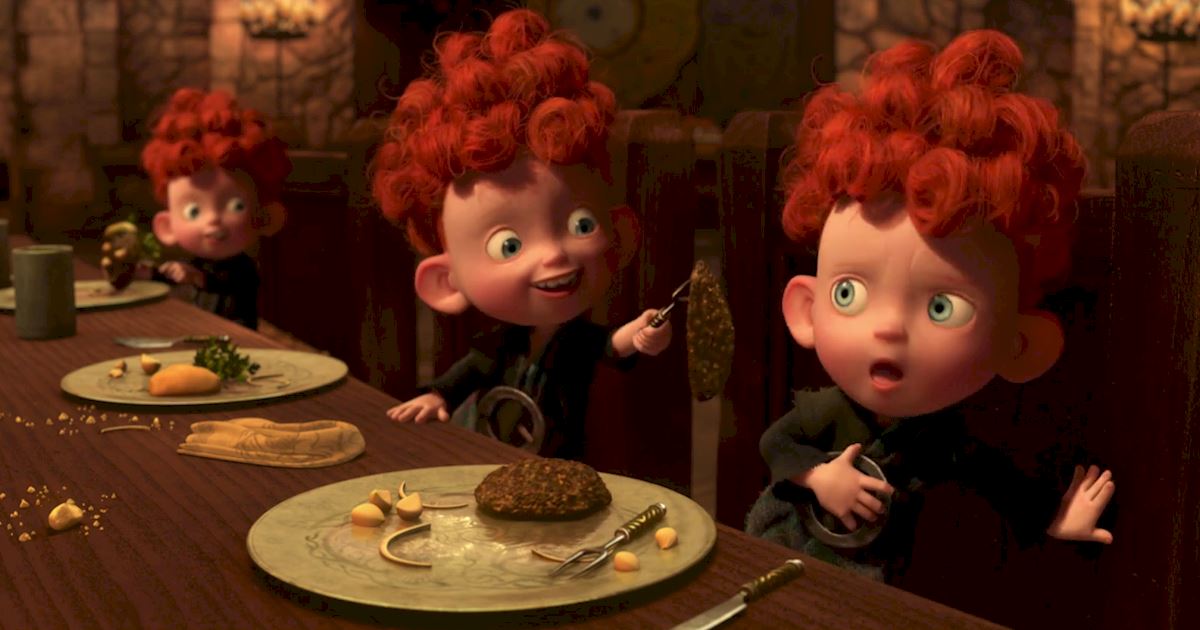 We can’t say we blame them. Only the boldest of foodies would be willing to try a dish containing the heart, liver and lungs of a sheep.

Secretly aiding her brothers’ desire to engorge themselves with sweets, Merida slips the entire plate of Empire biscuits under the table. Outside of helping Merida escape her imprisonment (what is it with long-haired characters getting locked away in castles?) and turning into bear cubs, the triplets spend most of the film eating Empire biscuits.

After tasting these shortbread sweets, we think the triplets have the best treatment of any character in cinematic history. Ensuing undetected chaos throughout the castle, helping your sister escape against the orders of the King so you can change your bear mother back into a human and stuffing your face with dessert? That is the life right there.

To make the biscuits, we used a recipe from christinascucina.com! You can find the recipe here!

Empire biscuits are essentially shortbread biscuit sandwiches with jam slapped in the middle that is topped with icing and a candied cheery. If you have no experience with shortbread, have no fear! The dough requires fewer ingredients with your average sugar cookies and is much easier to handle out of the oven, too.

Also, the decorating is straightforward—just coat the tops with icing and plop a cherry in the middle! We can’t think of many things that go better with a cup of tea and a good novel than these biscuits. 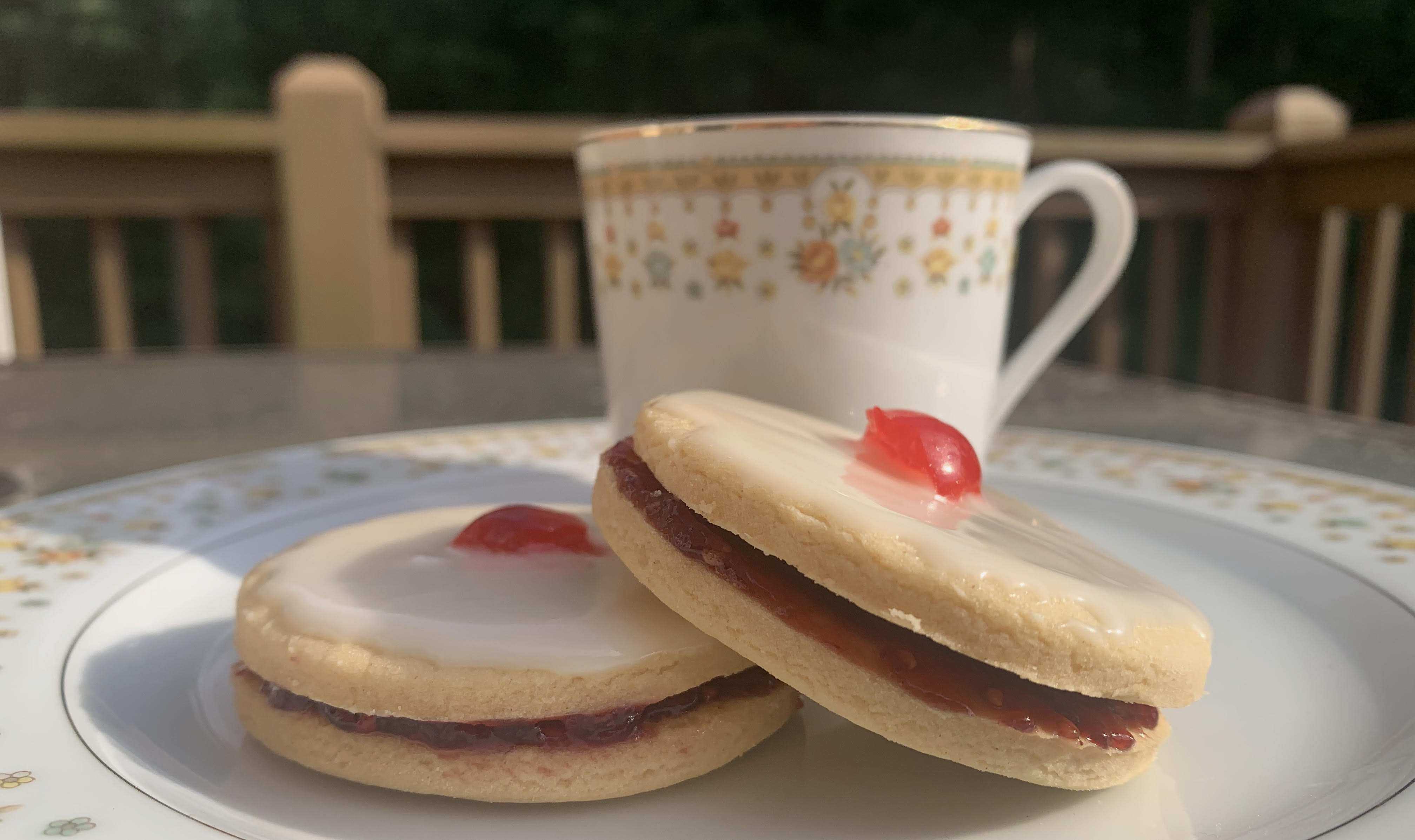 While you can’t go wrong listening to some good bagpipe instrumentals while making these, here are some Disney tunes to bring some magic into your kitchen!