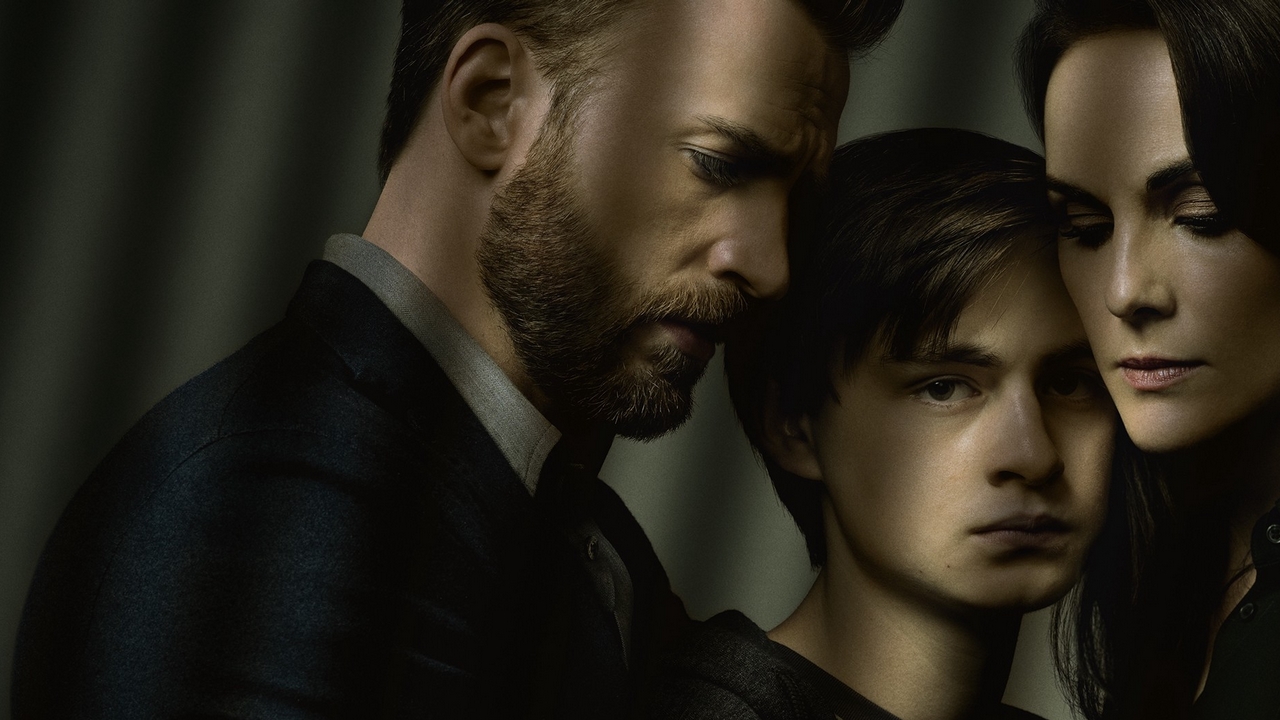 Defending Jacob has some very cool shots worth dissecting

The AppleTV + limited series concluded with a shocking twist last Friday and left the viewers with a few burning questions (read our review of the finale here).

The show was impeccably carried by Chris Evans (Avengers: Endgame), along with flawless performances from Michelle Dockery, Jaeden Martell and guest-star J.K. Simmons (Spider-Man: Far From Home). The gripping series has received praise from the general audience and critics, and rumor says it could get a nomination, along with Evans and Dockery.

Defending Jacob, which revolves around a suburban family whose life is turned upside down after a gruesome murder, is a crime drama series with a notable noir thriller aesthetic (starting with its cool-toned hues of blue and grey). But not only.

Ironically, in the pilot episode, Jacob complains about how stories are always dissected for symbolism and underlying meaning but the photography of the series is brushed, more or less subtly, with similar figurative techniques. Thus, many frames conceal hints, ready to be unveiled by the attentive viewer.

Here are four of our favorite shots (warning: spoilers ahead).

The first episode opens quite cryptically with a series of blurred shots before Andy Barber’s walking figure comes on screen. A major hint has been slipped into the sequence that is not revealed until the last 10 minutes of the finale.

The first frame is taken from the car accident scene that involves Laurie and Jacob while the pain scale chart is featured closely in Laurie’s hospital room. 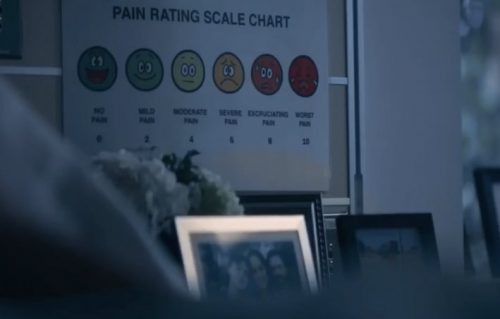 Those hints are subtly given in the opening scene as the car accident is the reason why Andy has to attend the hearing and the direct aftermath of Jacob’s indictment. It also marks a turning point in Andy Barber’s illusion of a normal family life. We can also note that the camera lens is initially focused on the far end of the pain scale chart, “WORST PAIN”, and reflects Andy’s morale actually rather than Laurie’s physical condition.

Besides being a crime series, Defending Jacob was also a story about family dynamics and trust. Very early on, Andy and Laurie Barber were introduced as a solid, close-knit couple who faces adversity together. 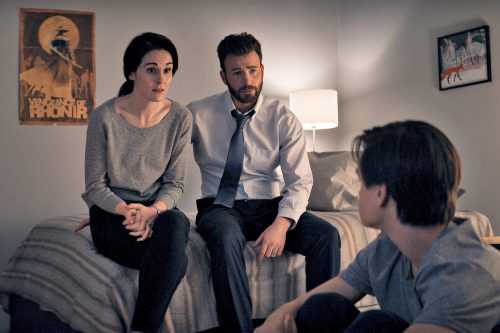 Episode after episode, the viewer witnesses as the strong bond that unites them wear off as the two inexorably pull apart. Scenes after scenes, they notice how the physical proximity turns into a gap that widens after every new blow.

Eventually, the trust they share dissolves completely until there is nothing left to save their marriage, as shown in the very cool shot below.

The wall that stands between you symbolizes the mistrust that has insidiously settled in their relationship and which is now insurmountable. The steel-life force that Andy and Laurie formed together has blown apart into two separate entities. Their couple did not withstand the hardship thrown their way.

Even if Jacob and Laurie have good chances of recovery, the damage done is permanent. Andy is the one who truly suffers from that brutal transition. The successful assistant district attorney, husband, and father has turned into a shattered shell of a man with alcoholic tendencies, roaming his gloomy, lifeless house like a ghost pursuing a delusive fragment of hope to cling onto. 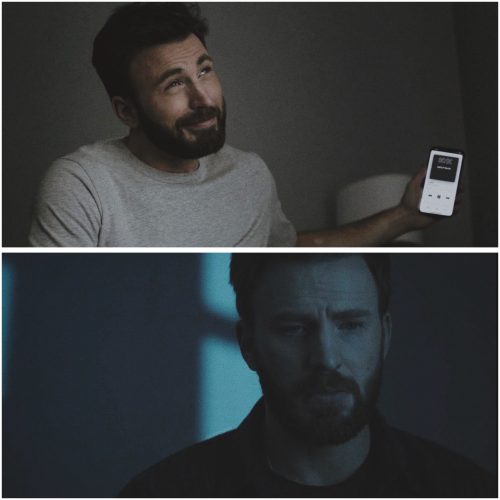 The change is highlighted in the parallel shots from episodes 1 and 8 of Andy sitting on his son’s bed. The stern and worn frown, the dark clothes, and sullen undertones contrast the carefree existence he once had.

In thrillers, you can always expected foreshadowing. The one we have found below is particularly judicious.

In episode 7, after the earth-shattering revelation of Jacob’s short story describing Ben’s murder, the young Barber’s defense has faded into dust. For the first time, Andy finds himself questioning his son’s innocence.

The Barber family is shown heading back to their car. Jacob and Laurie walk out of the frame, leaving Andy at the center. The camera, placed behind Chris Evans, reminds the audience of the opening sequence in the pilot.

We can notice that Laurie and Jacob move to the right, foreboding their fate and the car swerving in the same direction before crashing into the wall in a mirror-life fashion.

This sequence foreshadows all three characters’ ending while echoing the cryptic series opening which is chronologically set after the car accident. The moment Jacob’s innocence was challenged was the trigger for the series of events to follow.

What other Defending Jacob cool shot did you spot? Share them with @CapeandCastle!