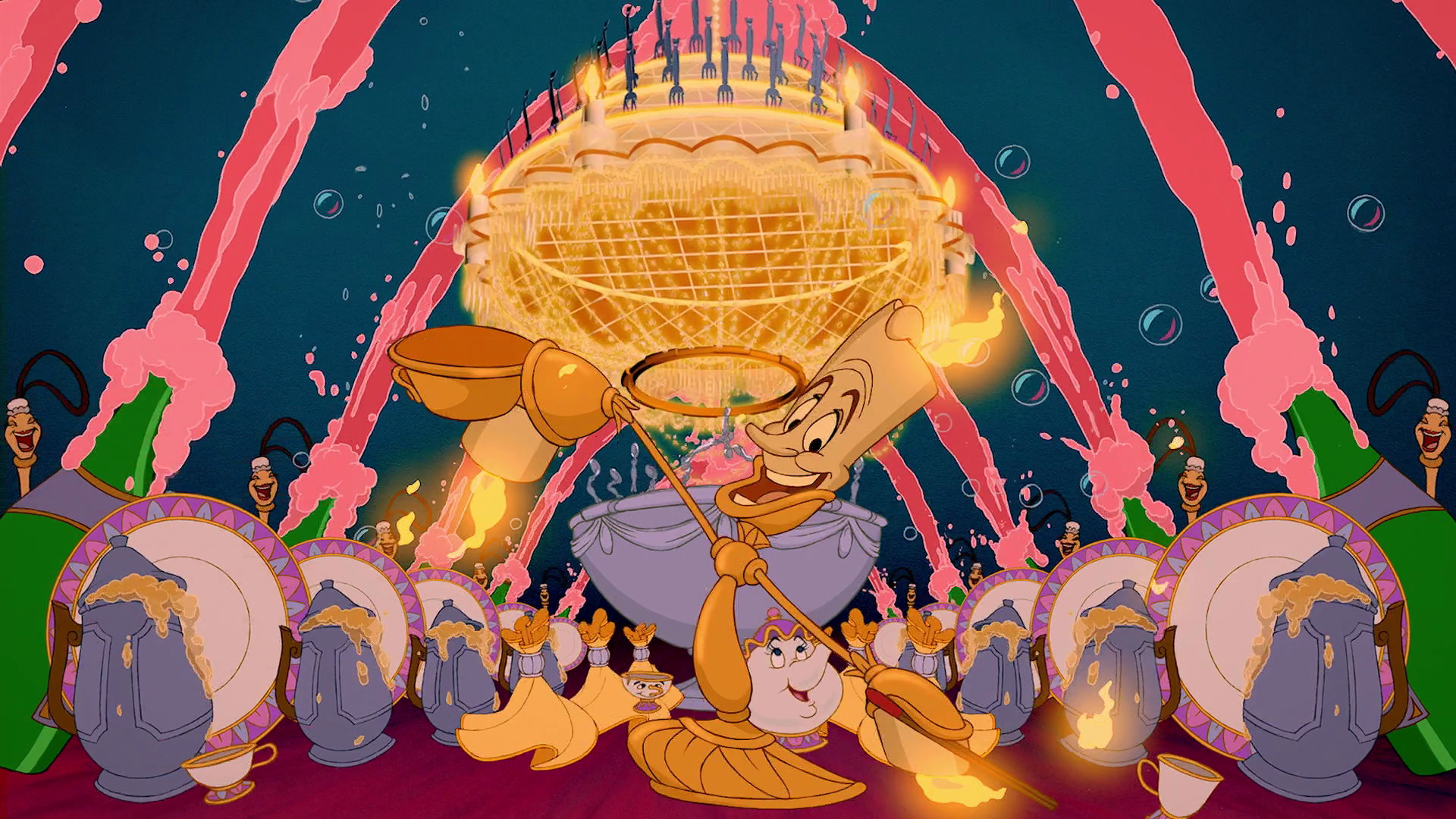 It’s another cooking Friday at Cape & Castle, where we once again test out all the mouth-watering food you have always wanted to eat from Disney movies. So far, we’ve tried Kronk’s Spinach Puffs from The Emperor’s New Groove and Tiana’s beignets from The Princess and the Frog. From one Disney princess to another, this week we are inviting you to be our guest as we try the cheese soufflé from Beauty and the Beast! 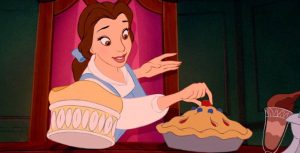 A unique dimension of Beauty and the Beast is the way the film showcases French culture when it comes to cuisine. After the film’s overture, we are introduced to Belle via musical number, as she cavorts through the marketplace, showing us how intertwined food is with daily life in France. 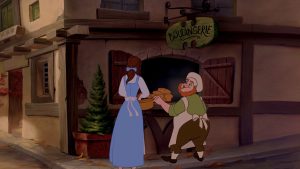 Grocery shopping in France is much different than in the United States. While large grocery stores exist in France, most French people shop in smaller, specialized food boutiques for their daily essentials like bread and eggs. This is exactly what we see through Belle’s eyes at the beginning of the film as she talks to the baker at her town’s boulangerie who has no regard for the plot of her fairy tale book.

Fast-forward to Belle’s imprisonment in the Beast’s castle, Lumiere suggests that the Beast try to win her heart with a dinner. Belle ends up going to dinner alone against the orders of the Beast after she turns him down, but it is a key turning point in her character development. 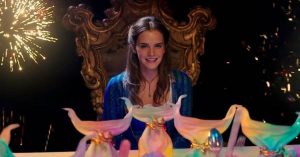 Don’t spend too much time thinking about how the Beast got groceries delivered to the castle, or else you might miss the magic behind the scene. It is during the famous “Be Our Guest” scene that we first see Belle come alive. Belle wanted to believe there was more to the world besides her quiet, provincial town, and through dinner, she watches and tastes something truly extraordinary.

Originating in French in the early-eighteenth century, it’s no surprise that soufflé is featured among the smorgasbord prepared by Lumiere and caste’s enchanted figures. Though soufflé features only a handful of ingredients, a successful soufflé is no simple task, as professional chefs often struggle to perfect the dish.

However, with the guidance of thespruceeats.com, you no longer have to be afraid to take a crack at making a souffle! You can check out their recipe here! Though most use Gruyère for cheese soufflé, any cheese will work brilliantly, and this time we used pepper jack.

One cooking habit that can be hard to shake is frequently opening the oven before a dish is ready, and soufflé is a dish that you must resist this temptation. If not, cold air will rush into the oven and prevent the soufflé from rising. Another good tip is pulling the eggs out of the refrigerator one hour before preparing the soufflé, as room temperature eggs form better peaks than cold eggs. 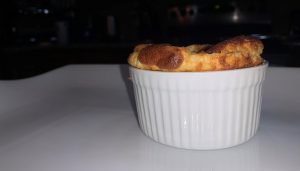 Serve immediately for a light and fluffy taste of France that lives up to its name, which translates from French as “to blow up.” 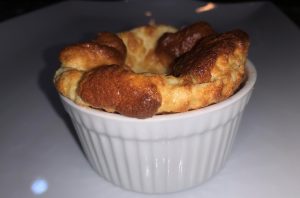 Don’t forget to complete your Disney culinary experience by cooking to some Disney tunes! Here are some songs we recommend for this week: