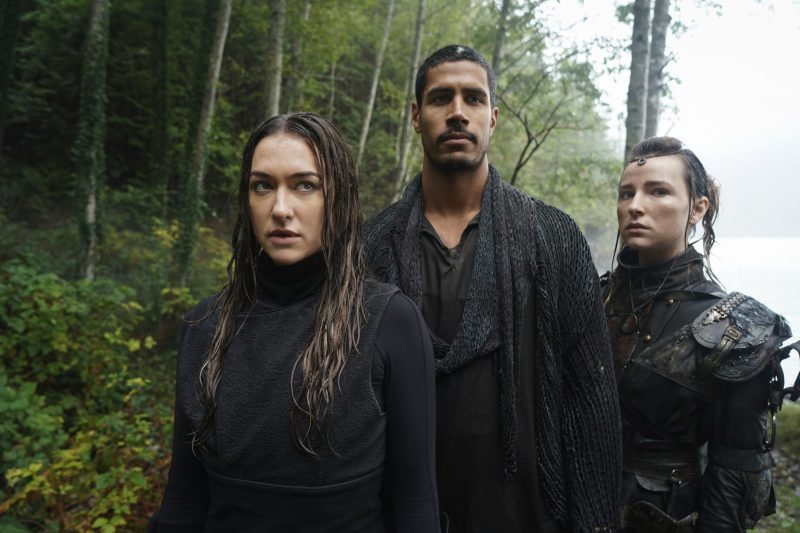 What did we get in this episode? More confused! What do we want? Bellamy and some damn answers, in that order! When will we get that? In the final five minutes of the series finale, probably. If we’re lucky. But at least we got to finally see Octavia and we did get to learn a whole lot more about Hope. We also kind of learned about what the hell is going on. Kind of. Don’t get us wrong, we’re still confused. But we’re doing our best! Keep reading for our The 100 7×02 review!

Seeing Octavia in the first shot was exactly what we needed. Hearing Diyoza scream about two seconds after Octavia got out of the water was not what we needed. But it was all fine. She was just giving birth all alone in a random solitary cabin in the middle of a strange planet. You know, just your typical Wednesday. Octavia got to Diyoza’s side just in time to help her deliver Hope. It was actually kind of a beautiful moment between them. They certainly did seem to be in a beautiful place and Diyoza was all about it. Which had us wondering when the shit was going to hit the fan. Naturally, we didn’t have to wait long because this is The 100 and things tend to go very bad very quickly. 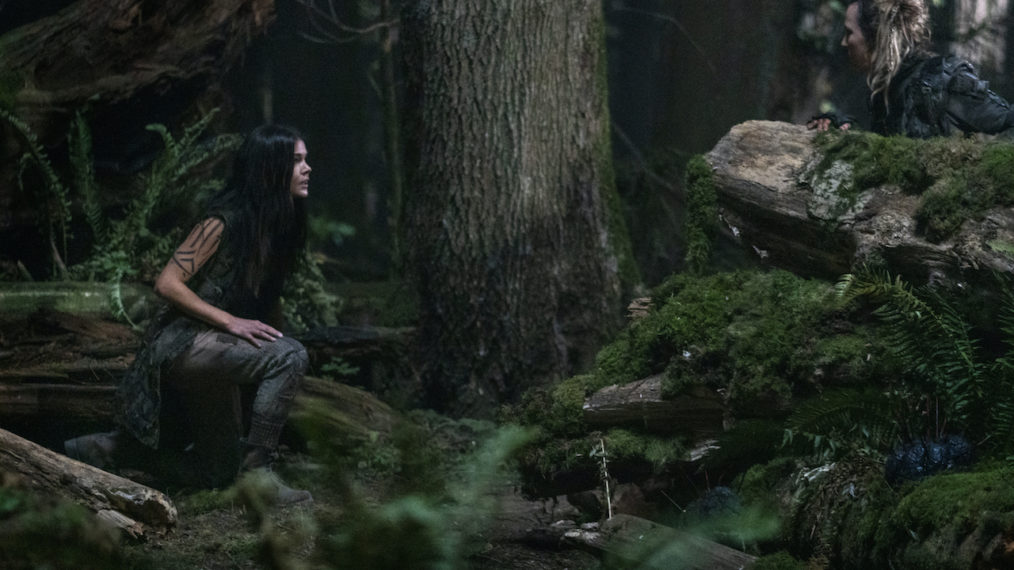 Then Octavia broke our hearts and had us in tears talking about Bellamy. They’re siblings and they are always going to love each other. But they’re also going to fight. Especially with the lives they’ve had and the conditions they’ve been forced to face. But Octavia talking about the darkness inside her being gone and understanding why Bellamy made the choices he did was so cathartic. While we didn’t always approve of the way Octavia overcame the obstacles that landed in her path, we are eternally grateful that she did overcome them and has found herself. This entire thing was so beautiful that it was naturally interrupted by O and Diyoza being captured after the wrong people found the letter Octavia wrote. That was for Bellamy, you jerks!

When Hope, Gabriel, and Echo found their way to Hope’s home, there were a lot of things we weren’t expecting. Hope saying being in Sanctum for a day meant hundreds of years from her home? Definitely unexpected. But Hope talking about Octavia and the clear bond they share wasn’t so unexpected. We also learned that Hope was simply tagging O, not trying to kill her. And she seemed pretty confident that Octavia understood and Hope was only trying to save her mom. So, while we may not understand a lot of what’s going on, we do trust that Hope does. And that means weaker going to follow her lead. The same way Gabriel and Echo are going to have to in order to find Bellamy and get their asses home. Oh, and defeat the clearly terrible Anders somewhere along the line too.

But at least Echo and Hope seemed to come to an understanding and get a bit closer. We are definitely seeing the maternal vibes from Echo. Hope may technically already be an adult, but it’s clear she still needs so,e guidance. Maybe they can help each other. Especially since Hope seems to know a lot about the Disciples, Bardo, Anders, and hopefully Bellamy. Even if we weren’t loving all the things we were learning, like Sky Ring actually being a prison, at least we were learning. Anders sounds incredibly terrible and we’re actually okay with not seeing him just yet. Since, according to Hope, she, Gabriel, and Echo will have to wait five years before they can deal with him. Well then. Better get comfortable.

Nothing Is Ever Easy

So Sky Ring looks pretty but is actually a bit horrific. People get sent there for a specified amount of time that counts down on their arms. Okay, sure. We can deal with that. But apparently the chances of them going a little crazy while there are pretty high. Like the prisoner Hope and the others found just playing with some skeletons he dug up for shits and giggles. Yikes. Little bit of a problem. But it ended up being a blessing in disguise for Gabriel, who was somehow able to remove the mind drive from what was left of Colin and get them to work on the memory viewer. Who needs logic? We don’t. Not when our desire for answers is this strong. 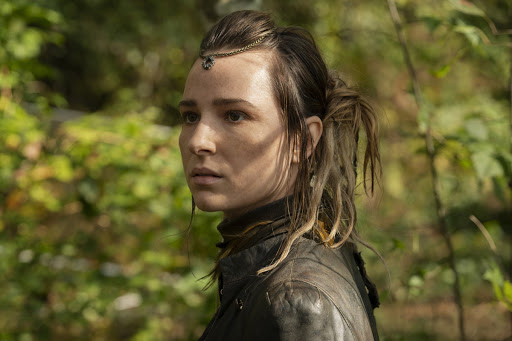 The gist of it all before our prisoner friend smashed the viewer was that Colin was a survivor of an Eligius crash. And the descendants of Eligius are the people living in Bardo? And they want somewhere new to live. That part we understand. This place sucks. But they’re going to need a lot of supplies and information to do it. Which is where we’re assuming Diyoza and Octavia come in. If you aren’t as confused as we are, or even if you are, find and follow us on Twitter @capeandcastle and let’s discuss everything The 100! You can also check out our site for more articles on all things Disney, Marvel, Star Wars, and more!