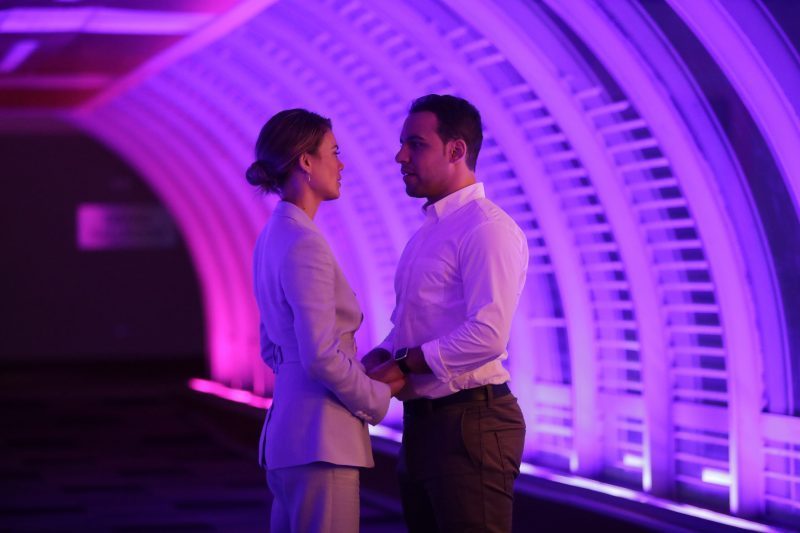 We are getting closer to the end of the first season and we aren’t ready to let it go. But things were definitely heating up for everyone. Between Noa trying to stay afloat amid her father undermining her and Daniel facing some consequences, we were on the edge of our seats. Keep reading for The Baker and the Beauty 1×07 review!

Mari Not Messing Around

Mari had just about enough of the silence happening at her table and she was not going to be another member that stayed quiet. So she spoke up and told her kids, a little harshly, that they needed to get it together. And she made some great points. If Daniel misses Noa, then damn right he needs to call her up and let her know how he’s feeling. And if Mateo has made it this far, what makes him think now is the time quit on his dream? It isn’t! We were absolutely loving Mari speaking up, even if she wasn’t able to get all of her kids’ butts in gear. 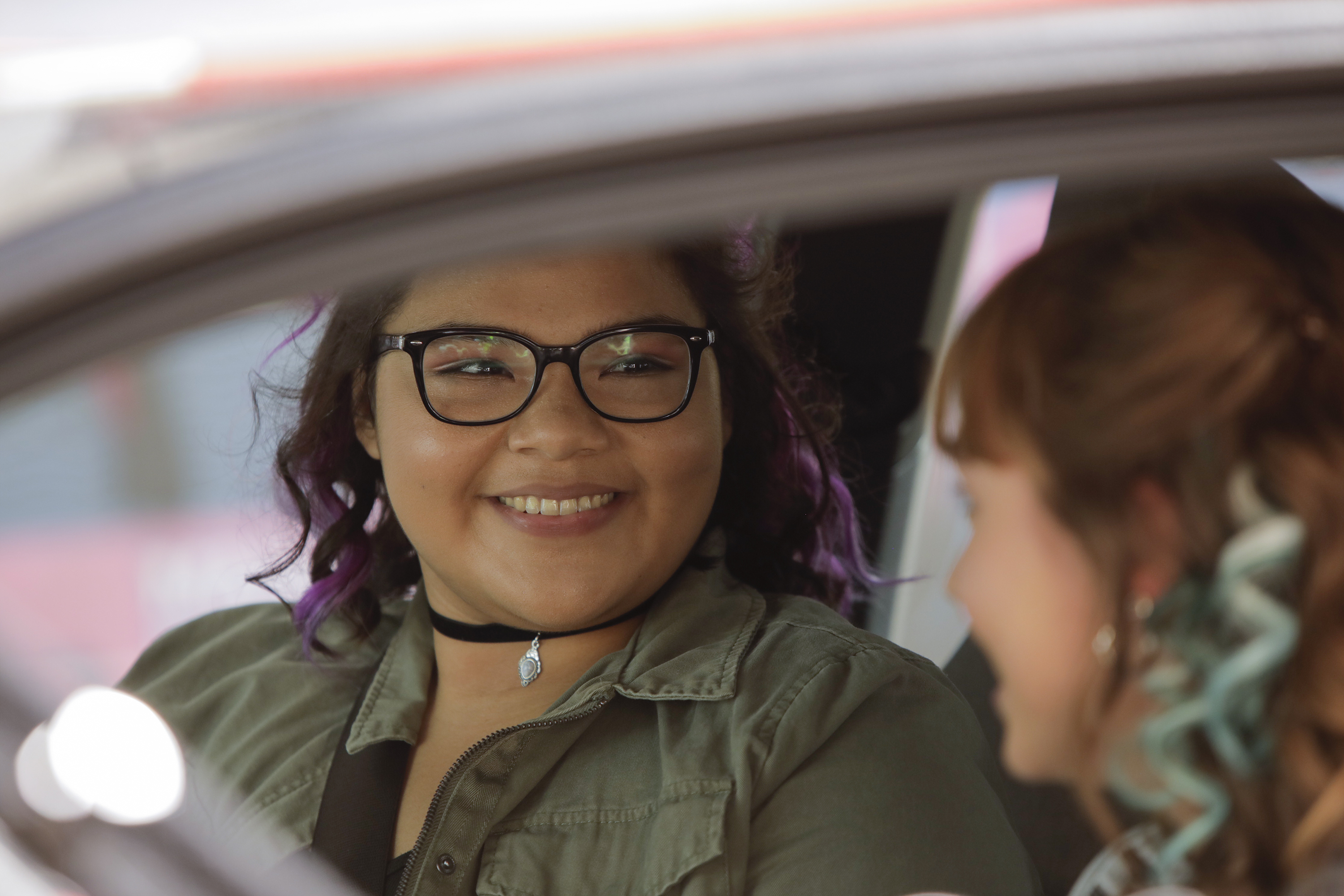 Natalie made an excellent point that Mari stepped up to support Mateo and Daniel and yet had nothing to say to her. We were hoping that after the events of the last episode, things between them would be getting better. It certainly seemed like things were on the upswing. But that outburst said differently. Not that Natalie didn’t make a lot of sense. Because she definitely did and we kind of enjoyed her acts of rebellion. It was actually great to see her step outside her comfort zone and have a little fun and get into a little bit of trouble. Why not? Everyone else seemed to be. Plus, we got to see Natalie and Amy exchange I love you’s and that was amazing. We even got to see Mari admit she was wrong and apologize to Natalie.

We were struggling a little bit with Daniel getting into trouble for punching Kurt. Okay, yes, we do understand that it’s not okay to just punch people. And we get that violence isn’t the answer and blah, blah, blah. But sometimes people really just need a swift punch to the face. It should also be taken into account that it’s Daniel’s first offense and someone out there should be able to speak up for Daniel and come out to say that Kurt baited him. Kurt put the bait out and got exactly what he asked for. If he didn’t want to get punched in the face, he shouldn’t have said what he did about Noa. Since he did, he doesn’t get to turn around and be a little bitch about getting exactly what he deserved. We think Daniel should have hit him harder.

Then things went from bad to worse with Vanessa being the one to get Daniel out of jail. We literally rolled our eyes so hard, they almost rolled right out of our heads. Things between them need to just be done. We’re over Vanessa and all the nonsense that comes with her. Sure, Noa comes with her own brand of drama, but we find it much more tolerable than Vanessa’s. Sorry, not sorry. But we do have to admit, begrudgingly, that Vanessa did seem to finally understand that Noa was not the reason why they broke up.  And then she and Mateo shared a kiss. So maybe we have nothing to worry about.

Noa has worked hard for her company and we knew she wasn’t about to just let it go. Her speech was the epitome of inspiring and we just wanted someone to be immature and tell him to suck it. It just didn’t feel nearly as satisfying as we were shouting the words at our own televisions. Throwing out the bullshit reasoning that he was trying to take Noa’s company in order to protect her from herself? Puh-lease. Honestly, if these characters don’t stop making us roll our eyes, we aren’t going to be able to see them pull any more of these nonsensical stunts. 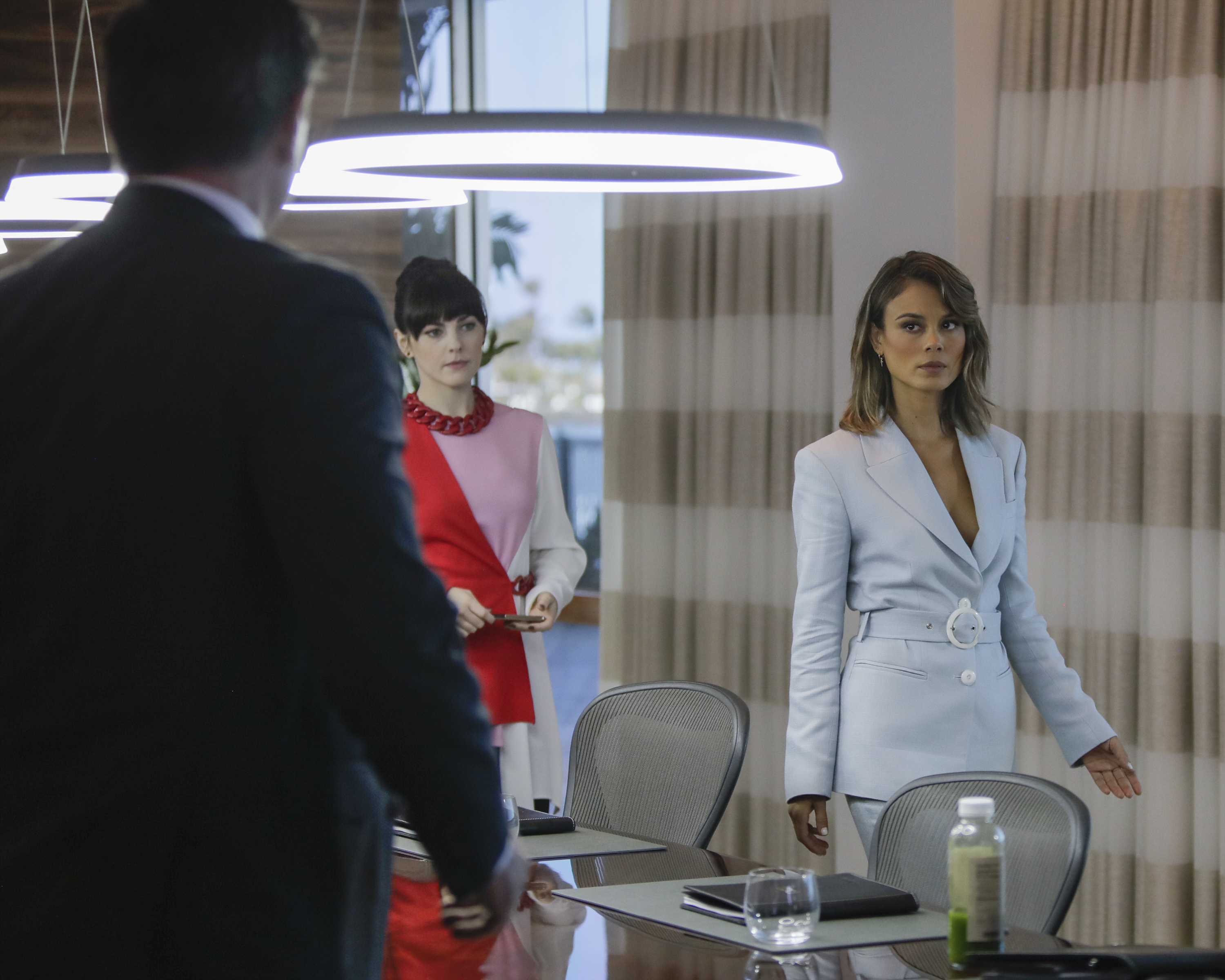 Unfortunately, Noa’s father was able to make a pretty bad looking presentation. Which was complete bullshit. He used the entire situation between Kurt and Daniel and made it seem like something it wasn’t. What a tool. We thought Vanessa was annoying but she’s got nothing on Noa’s father. Don’t get us wrong, we’re glad he withdrew his claim. But he’s still a jerk and we still don’t like him. We also blame him for Noa telling Daniel they can’t see each other anymore. This is not the right decision.

Every single time we think Rafael can’t get any better, he proves us wrong. His kids have been up to a lot of antics lately and he has taken every single one in stride. Rafael has supported them all pretty unconditionally and he hasn’t been afraid to call Mari out when she is in the wrong. But more than that, Rafael has just been an all-around badass dad and husband. He’s been handling everything and still running the bakery. Then even that seemed to go wrong and had to be closed down for a bit. We thought this would finally be the thing that sent him over the edge. But Rafael impressed us once again with the way he was handling it all. We love you, Rafael!

What did you think of this episode? Do you think that Daniel and Noa are going to be okay? What do you think will happen next between Mateo and Vanessa? Find and follow us on Twitter @capeandcastle to join The Baker and the Beauty conversations and let us know your thoughts on the episode! Be sure to also check out our site for more articles on all things Disney, Marvel, Star Wars, and more!