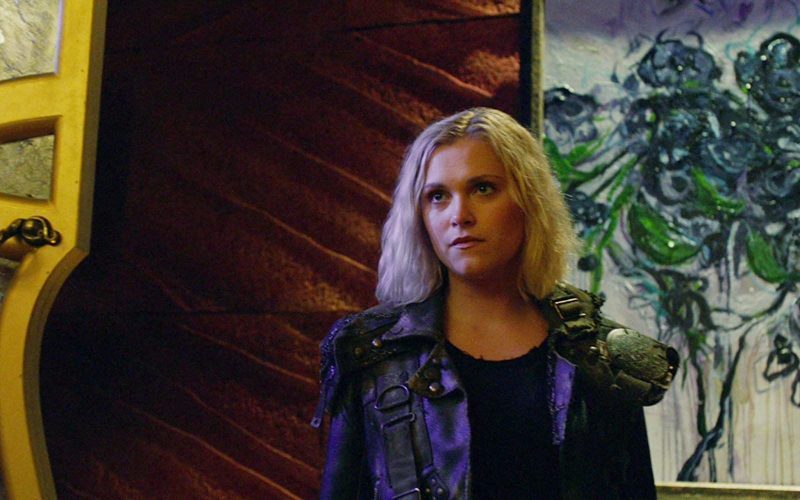 Woohoo! The 100 is back! But if you were expecting answers with its return, well, what show are you watching?! Because we certainly didn’t get many, if any, of those. But we did get some more questions to add to the mound of them we have already. So keep reading for The 100 7×01 review!

Well, we made it approximately 15 seconds before we were asking what the hell was happening. More specifically, what the hell was happening to Bellamy. Clearly the intent to take Bellamy to the anomaly was a serious one because Echo couldn’t get anywhere close to him to even make a serious attempt to save his ass. But she did grab Gabriel (Chuku Modu, The Good Doctor) and dash through the woods for hours to keep on trying. Echo even faced some ghosts from her past along the way. Also, can we take a moment to talk about Echo’s face? Was it just us or did she look a bit splotchy? Is she sick? Did we miss something there? Or is it just the toxins in the air having more of an effect on her than just making her hallucinate? 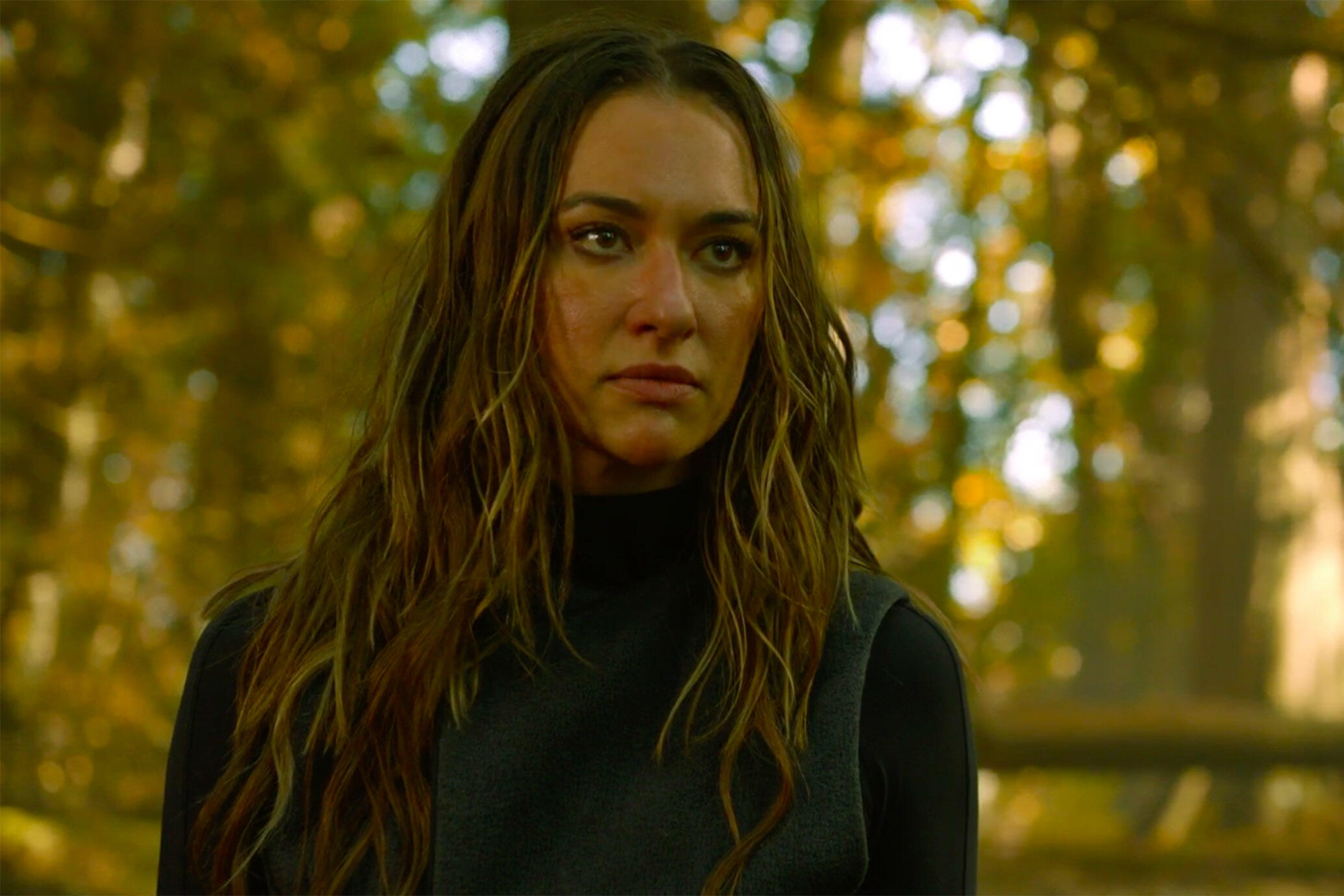 Then we had adult Hope, who was clearly a force to be reckoned with. Gabriel didn’t seem to know who he was dealing with. Like mother, like daughter for this one. We think. Honestly, we’ve decided that our answer to everything we don’t understand is the anomaly. Everything is the anomaly’s fault and we’re sticking to that. Hope pulling a rolled up note about trusting Bellamy out of her arm? Definitely the anomaly’s fault. Russell being possessed (we think?), yup, that’s the anomaly’s fault too. We’re just going to stick with what works and for now, that’s it.

Seeing Clarke and Madi (Lola Flanery, Shadowhunters) just acting like mother and daughter, living in a nice normal house with nice normal flowers outside, and a dog is the strangest thing we’ve seen on this show. Seriously. So what does that say about us? What has this show done to us? Whatever. As long as it meant Clarke and Raven (Lindsey Morgan, General Hospital) were back to being besties, we were fine with whatever they threw at us. Dealing with Raven being shitty to Clarke, regardless of the reasons behind it, was not fun. Something else that isn’t so fun? Watching Raven struggling with her leg once again, clearly in pain. What the hell is happening there?

There were other callbacks to seasons gone by as well. Building a compound? Attempting to have peace within that compound? Does that sound familiar to anyone? It definitely did to us. And it was great seeing Clarke take the lead on things again. She’s such a BAMF. The only thing missing was seeing Octavia taking risks and calling people out. And Bellamy standing beside Clarke giving out orders of his own. Where the hell are the Blake siblings and when are they coming back? We need them. Everyone clearly needs them. Look what happens when they’re gone for like five minutes!

The Murphy Method and Trouble

We’re still upset with Murphy. But aren’t we always upset with him at least twice every season? Sometimes it feels like every episode. But even though we’re mad at him, we still love him. And his relationship with Emori (Luisa d’Oliveira, Motive). Murphy spent so much time looking after number one, only having to look out for number one. It’s a hard habit to break, we’re sure. And we still don’t forgive him for what he did. But we know we will. Besides, it’s pretty clear that Murphy is punishing himself more than anyone else could anyway. Plus, he and Emori slipped into their roles perfectly to slow down impending doom. That’s got to count for something. 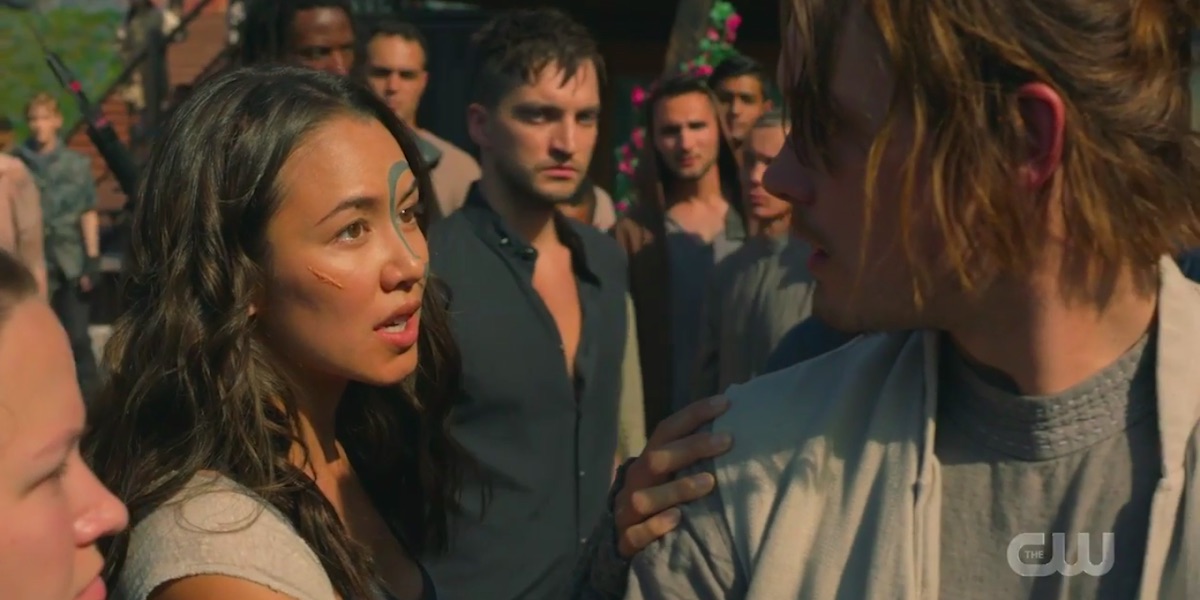 Jordan seems to be a constant source of concern as well. And a total trouble magnet. Him trying to bond with Russell (JR Bourne, Somewhere Between) was a terrible idea. We have no idea where his head was at. Russell literally stands for nothing but chaos. And we don’t see the situation with him ending any other way then death. We didn’t think Clarke could peace talk her way out of this one and we were kind of glad to be right. Watching Clarke kick Russell’s ass and let just a little of her anger out was actually soothing. That’s the Clarke we know and love and Russell deserves everything he gets.

Madi going to school is not a great idea. Sure, Clarke just wants her to have the chance to be normal. But Clarke has to understand that isn’t ever going to be a possibility for Madi. Or any of them. Plus, Madi has had as much trauma and loss as Clarke and proven herself in battle. Clarke can protect Madi without keeping her in the dark. But we have faith that they will be able to work things out. They’re family and they will do anything for one another. Just like Gaia and Indra. Things between them are more than a little tense. We think they need to find a way to release it before an explosion occurs. And we have faith it will.

How were you feeling after the last season premiere? Do you have as many questions as we do? Are you as concerned about the Blake siblings as we are? What’s up with the anomaly and what else is it capable of? Be sure to find and follow us on Twitter @capeandcastle to join The 100 conversation and let us know your thoughts on what’s happening! Also check out our site for more articles on all things Disney, Marvel, Star Wars, and more!