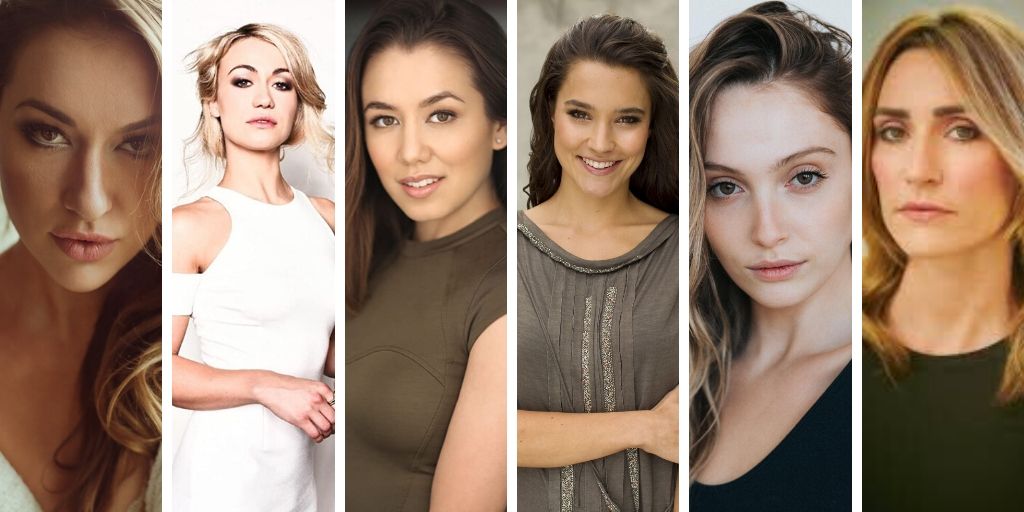 We were so excited for this day 2 panel at HomeCon 2.0! It was a panel full of The 100 queens and we were ready! From characters who have come and gone to characters we’re still going to see in the final season! So keep reading for just a few of our favorite highlights from the panel!

Where They May Find THemselves

It always seems hard for actors to answer questions without giving too much away, especially when we’re so close to the final season premiere! But Tasya (Echo) put it perfectly on where Echo is at mentally when the show returns.

Tasya: “She’s somebody who, when she finds her family, she defends them as much as possible. She’s really handy as far as survival is concerned. But this planet brings threats that she’s never encountered before, that she doesn’t know how to get around. So she’s dealing with that.”

We also know from previous interviews that Echo is going to be a bit more maternal in some way this season. So it seems like she may be going through quite a bit of change. Jessica Harmon (Mimi, Somewhere Between) stated that she feels as if Niylah is a character who has made it past a lot of obstacles but always holds her ground morally.

Jessica: “I feel like season seven was such an intense year. I honestly couldn’t tell you where the hell I was at the end of season six because we’re so far from it in seven. My character wasn’t supposed to last past an episode or two so the fact that she’s hung around as long as she has is so unexpected. It’s awesome. She’s been a constant moral checkpoint. She’s just the one that has always had steady morale and she’s there to build up other characters, which I’ve really enjoyed.”

The Characters Who Are No Longer With Us

We’ve lost a lot of characters as each season of The 100 has come and gone. We found ourselves feeling pretty emotional when Chelsey (Harper) described when she learned that Harper was going to be killed off and how it felt.

Chelsey: “I got a phone call before I was starting work, five minutes from the set. I got the phone call and had a good old scream sob in my car. But obviously you have to compartmentalize it and go to work. So I did the scene and I did the day and then I probably went to the bar!”

As far as Rhiannon (Ontari), she feels lucky that she didn’t have to wonder about her character and knew what the destination would be for her going in.

Rhiannon: “Well, I was fortunate in the sense where I knew my character was going to die. Of course, it could have changed, but I felt very grateful on day one knowing that this was going to be my character’s arc and that’s how things were going to close out for her.”

Things are a Mystery

When it comes to filming The 100, the fans never know what is going to happen next. But it turns out the cast doesn’t always know what’s going to happen either. They sure do have fun playing their parts and working with one another though, as Sara Thompson (Josephine) stated on her time working with Eliza Taylor (Clarke)

Sara: “I didn’t know anything going in. I had no idea what was going to happen. I was also only supposed to be in one or two episodes. So I showed up on set and Jason was like ‘So the second you and the third you’ and I was like wait there’s more of me?! Working with Eliza was really great because we were both in the same boat and we got to collaborate. It was really fun. She was a feisty little cat and it was great.”

We actually loved seeing the scenes between Josephine and Clarke and it was great to find out that Eliza and Sara had so much fun together.

When asked what character they would be if they could pick any other character than their own on the show, a few of our queens said Murphy. We get it. He is a pretty fantastic character and we imagine it would be pretty fun to play him! But Luisa (Maria, Motive) had a great answer for who she would play if she wasn’t so busy with Emori.

We loved this panel and we can’t wait for The 100‘s return! The final season premiere will be on The CW Wednesday, May 20th! Make sure to check out HomeCon on Twitch to join the live stream panels for free! Find and follow HomeCon on Twitter as well as Cape & Castle to keep up with all the latest info! Be sure to also check out HomeCon’s site for more info and our site for more articles on the convention, Disney, Marvel, Star Wars, and more!