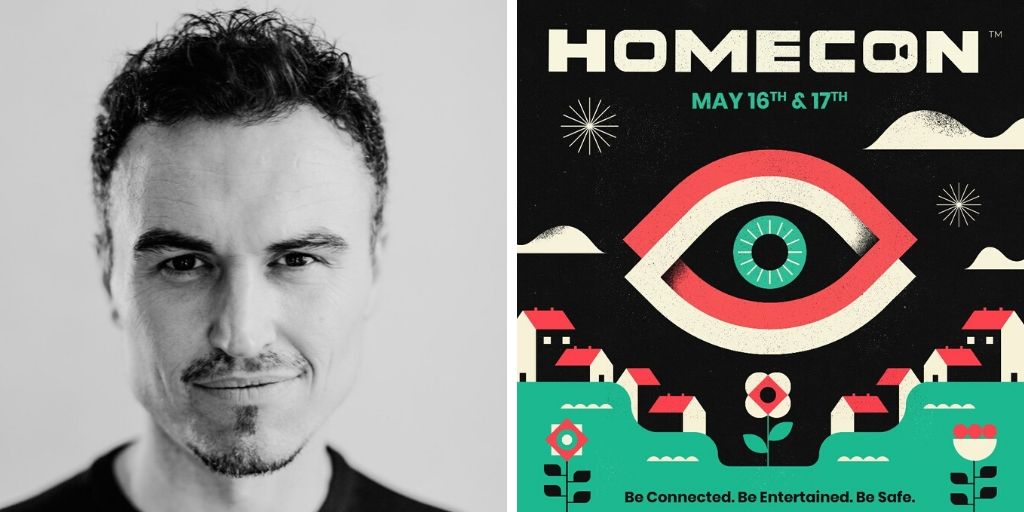 We got a chance to speak to HomeCon Co-Creator, Paul Amos, about the invention of HomeCon and what it could mean for the future. We also talked about what went into the creation of this awesome event and what we could see next! So keep reading for our exclusive interview and prepare yourselves for HomeCon 2.0!

First of all, we must say that Paul Amos is an incredible person. And it was so great to be able to sit down and chat with him about how this all came to be and what we can expect!

How did you come up with the idea to start all of this and kind of create this new pathway?

Paul: When we went into lockdown, I was wondering what to do. So I got in touch with my fans on Instagram and would call one of them every day on Zoom. The fans absolutely loved it. So, I told Rachel Skarsten about it and we were talking about having a Lost Girl reunion virtually. I mentioned doing a virtual con. Instead of doing signing tables, we could do individual chats. She thought it was a good idea, we got in touch with some people, and we have a really cool core team who are amazing at their jobs and we made it happen. It went from an idea to an actual thing in two weeks. It was insane. A lot of hours and hard work, but it was really worth it. It was really nice to do something for everybody at that point in time. 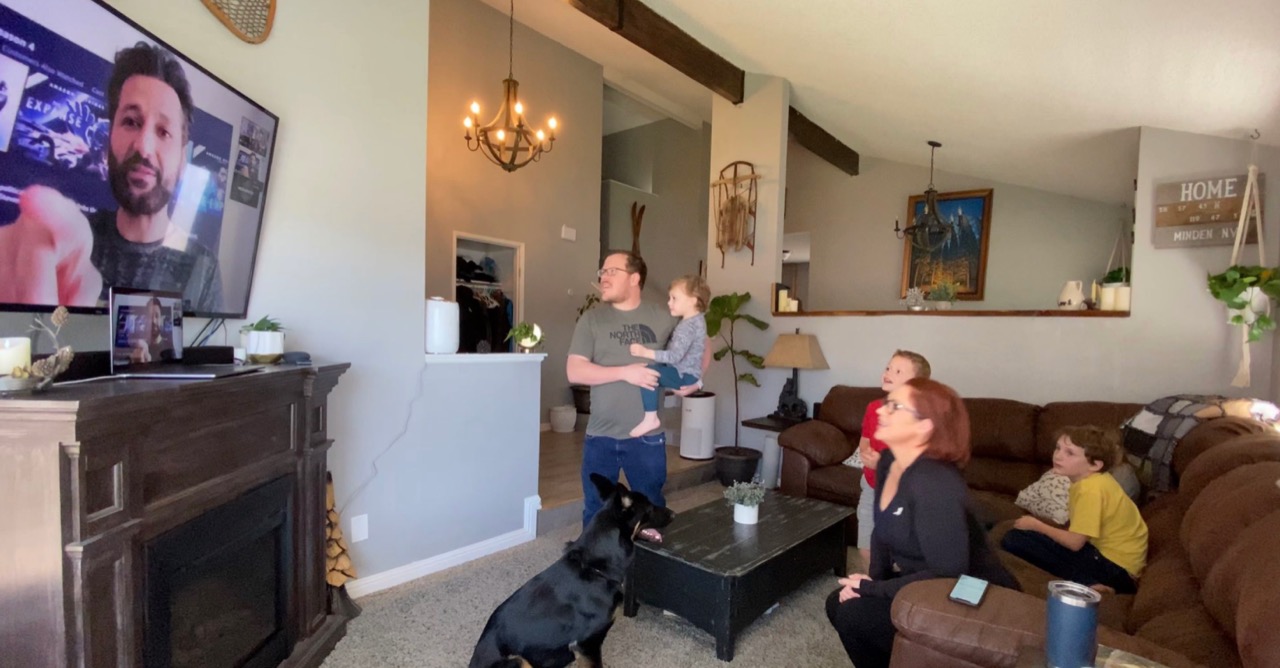 The family of Nathan Batchelder has a 1-on-1 video chat with actor Cas Anvar from The Expanse during HOMECON Photo Credit: @geek_nate/Twitter

Absolutely. And we love that it’s something that’s around. It must require a lot of tech to accomplish, right?

Paul: Yeah, there is quite a lot of tech, actually. Tech that is kind of new as well because we’re streaming through Twitch. So that’s kind of interesting and a bit of a learning curve for us. But it’s really cool. We have an awesome team of people who we’re working with, out in LA. The production team is great, and we have great designers. Just a really strong team of people. Yeah, it is a lot of tech that sometimes it works and sometimes it doesn’t. Fortunately, so far it has worked quite well!

So this is the second HomeCon and we heard that you have more in the works, so are you planning on continuing this as a frequent event?

Paul: Yeah, absolutely. Our plan is to maybe do another one in about six weeks or so. Then maybe in July or August. We are talking with a lot of people right now to maybe partner with. So we’ll see how it goes, you know? See what happens with the world. At the moment, it’s really fun to do. I think we’ve done a good job so far. So moving forward makes sense it would seem. Yeah, we would love to do more as long as the want is there from fans and it seems that it is.

How do you feel that you’ve changed from the first one to this one? Do you feel like you’ve evolved in any certain ways or are you still evolving with it?

Paul: Yeah, it’s got a lot of moving parts, and it’s about finding the right balance. The charity aspect is really important to us, so that’s at the forefront and was at the forefront, to begin with. But, yeah, the model itself will certainly evolve in terms of what we have to offer. And what we would really love is for it to be kind of transformative, right? So we have this theme of inclusivity no matter what we do. But in terms of moving forward, we would like for it to have a different flavor every time. So that’s important to us.

So since this is something new, it must be kind of a learn as you go process for you since you’re paving the way, right?

Paul: Oh yeah, we’re definitely making it up as we go as well, you know? We’re making the decisions really fast while trying to listen to the fans at all times. So whatever they say, we’re definitely listening to and we’re trying to implement some of those things that they say. Like, the Katie McGrath thing was really fun because everyone kept asking for her. So there will be a little surprise from her.

Are there any people that you’ve been able to come into contact with this that you were really excited to meet or talk to for the first time?

Paul: Oh yeah, actually we were just working with Michael Rooker in rehearsal. I’ve admired his work for a long time, so to meet him and to work with him was super cool. To be able to tell him that certain parts of his work that I watched when I was younger were quite influential. He’s just a really cool guy. I’ve actually met him before at a con. But not in the context that we were working together. There are loads of actors that I would love to work with and meet in the future with this.

The fun begins Saturday, May 16th, 2020 at 10:45 am EST! So be sure to check out HomeCon 2.0 on Twitch and view their site for more information and some seriously awesome merchandise along with 1 on 1 opportunities with your favorite stars! Also, be sure to find and follow us on Twitter @capeandcastle so you can stick with us all weekend long as we cover all the panels! Don’t forget to check out our site for articles from the con and more things Disney, Marvel, Star Wars, and more! 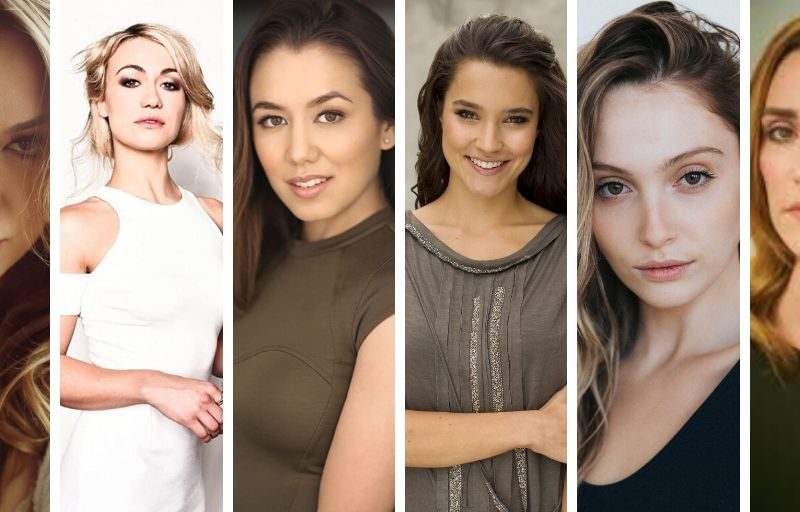 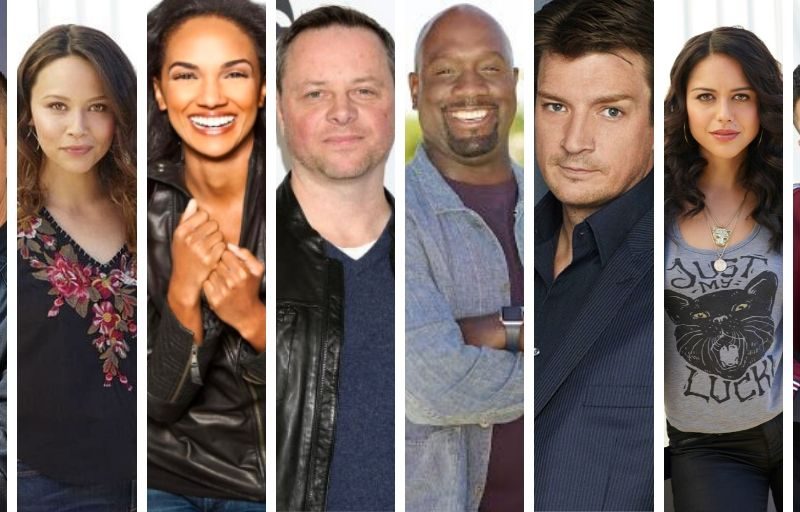 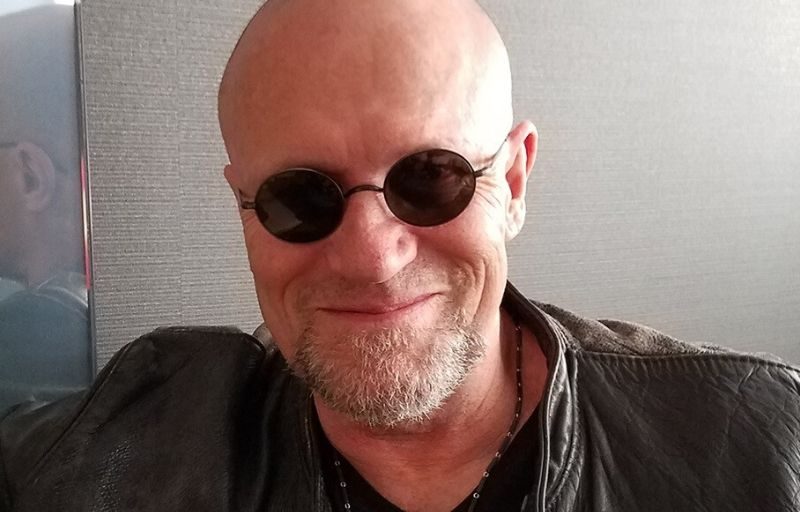