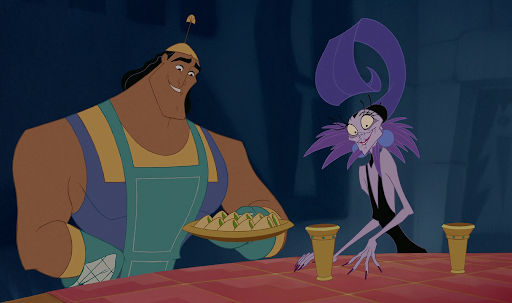 One good thing about quarantine is it allows for lots of Disney marathons, and it is impossible to watch more than three movies without noticing one common theme—food.

As an aspiring chef, food is what catches my eye about Disney films the most. Growing up, I always craved the mouthwatering foods on the screen and wondered what they would taste like if I could try them in real life. Well, thanks to the brilliant culinary minds on the internet, anyone can!

Whether you are watching Remy cook soup in Ratatouille or Black Widow eating a peanut butter sandwich in Avengers: Endgame, Disney films are stuffed with food scenes. Thankfully, almost every famous dish in Disney movies has a corresponding recipe online, and Cape & Castle is going to try them every Friday!

For our first attempt, we are going to take a stab at making Kronk’s Spinach Puffs from The Emperor’s New Groove. A criminally underrated movie, the film has multiple food scenes to get inspiration from. Kronk even ends up taking over as the head chef of a restaurant in the Kuzconian Empire called Mudka’s Meat Hut after Yzma’s and Kuzco’s impatience and a laundry list of changes to the menu causes the only member of the kitchen staff to quit. 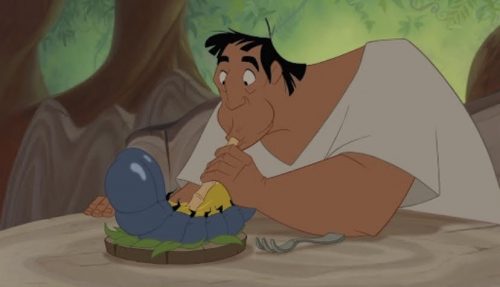 However, since they probably do not sell the giant pillbugs the restaurant served at your local grocery store (though I feel like there might be one weird state in the U.S. that might carry something like that), we’ll stick with the Puffs.

If anyone ever invites you to dinner and serves Spinach Puffs, beware, they might be secretly devising a plot to poison you and usurp the royal throne.

In the context of the movie, Yzma has just been fired as Emperor Kuzco’s advisor after he discovers she has been meddling in his affairs. Bitter about her unemployment, Yzma schemes to seize the throne by poisoning him at a dinner she arranged in his honor.

To be fair, Yzma did not even get a severance package. I am not saying what she did is right, but I understand.

The appointed chef for the night is none other than Kronk, who is far more interested in saving his Puffs from burning than carrying out his mission of serving Kuzco to poison-filled cup.

Maybe it is just the steam making my mouth water, but these puffs were always one of the top 5 Disney dishes. And let’s be honest, who wouldn’t want food made by Kronk? If his food is as good as his humor, we’re in luck. (Spoiler alert: It is.)

To make the Spinach Puffs, I used a recipe created by Erin Clarke of wellplated.com. For those of you who do not cook often—have no fear! This recipe features basic ingredients and is easy to follow. You can find the recipe here!

In addition to the ingredients required in the recipe, I added three sauteed garlic cloves, 1/2 teaspoon of crushed red pepper to give the puffs a spicy kick and 1 tablespoon of lemon juice for some acidity. 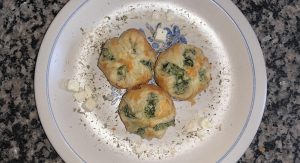 Follow the recipe’s instructions, and you will get Spinach Puffs just as delicious as they look in the movie. The texture of the flaky puff pastry combined with the tangy creaminess of the Neufchâtel and feta cheese are to die for—or at least to get transformed into a llama. 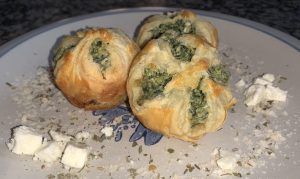 And of course, no Disney-inspired day in the kitchen would be complete without a playlist! Here are the Disney songs I jammed out to in my kitchen while making these: