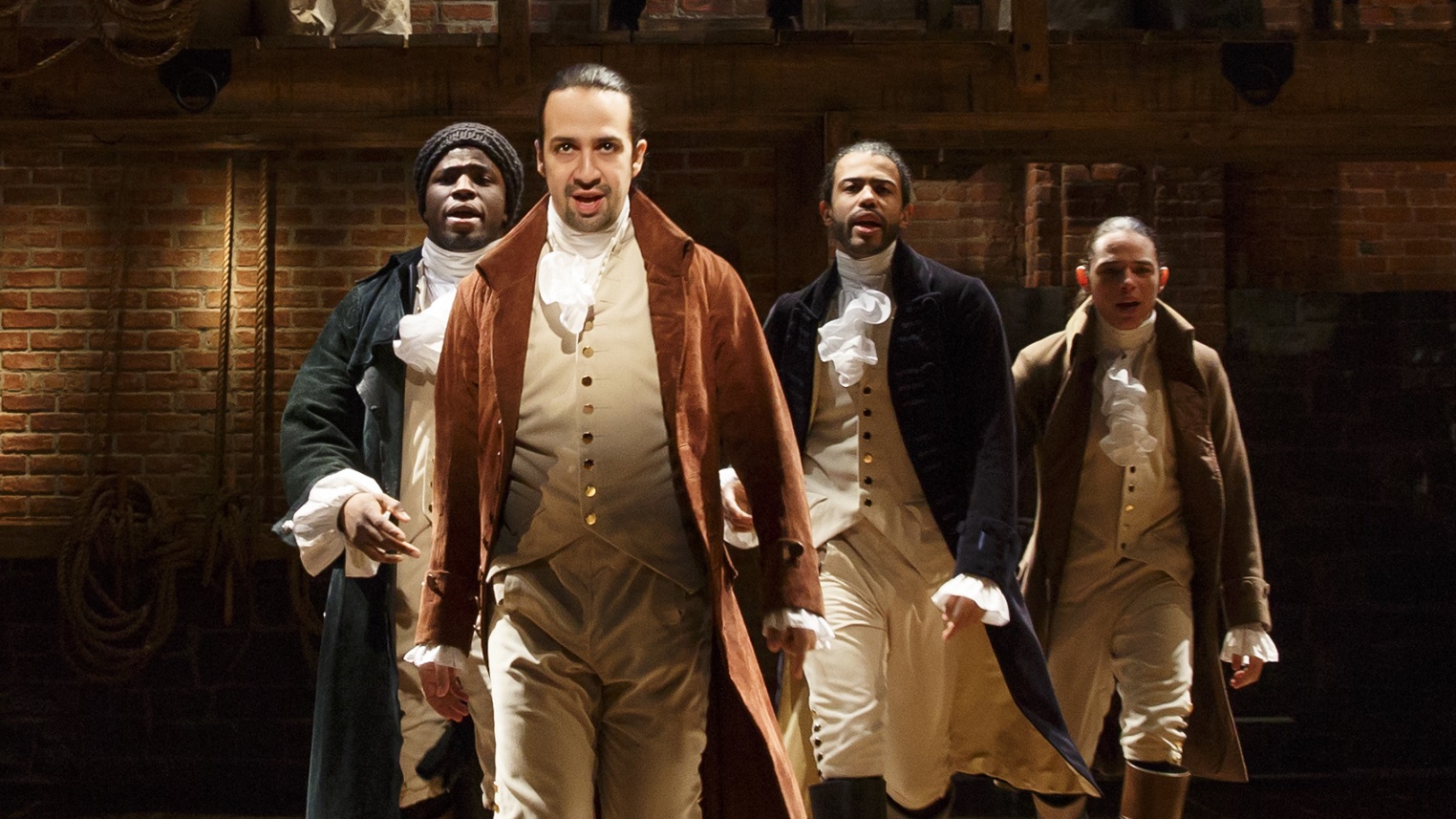 Well, the world is pretending to start recovering from the current zombie apocalypse that is happening outside. However, Disney+ is having our back by constantly stocking up on new stuff for us to watch, including: wait for it…Hamilton! Disney+ has a brand new Hamilton release date that is down right patriotic!

Several years ago, Lin-Manuel Miranda (Moana) confided to the Obamas that he was working on a rap album that told the story of Secretary of Treasury Alexander Hamilton. Predictably, they laughed.

However, years later, that album evolved into a Broadway play and it literally blew up! Very soon, it became the show in town that to this day is still extremely hard to get tickets to see.

This musical showed a whole new side to history that you usually only get within the walls of a college history class of a very fun professor.

Nobody could have predicted that the guy on the $10 bill had such a sordid history. Miranda sheds a new light on Hamilton by telling some of his deep, dark secrets in America’s favorite language: music.

In February, we were overjoyed to learn that the smash Broadway hit would be converted into a movie. But not just any movie. It would be a recording of a live production with the OG cast! Pretty great right?

At the time of the announcement, it was supposed to hit theaters on October 15, 2021. Fans were thrilled and though we felt impatient, we knew it was going to be well worth the wait.

But now, thanks to the current pandemic that we are facing, Disney+ is being the real MVP and looking out! The new release date is July 3, just as our forefathers intended!

So this 4th of July weekend, get ready to enjoy the musical stylings of Lin-Manuel Miranda as he retells the amazing story of Alexander Hamilton.

Keep up with other Disney+ news on our site. Also, tell us how excited you are about this release by telling us your favorite Hamilton song on our Twitter!