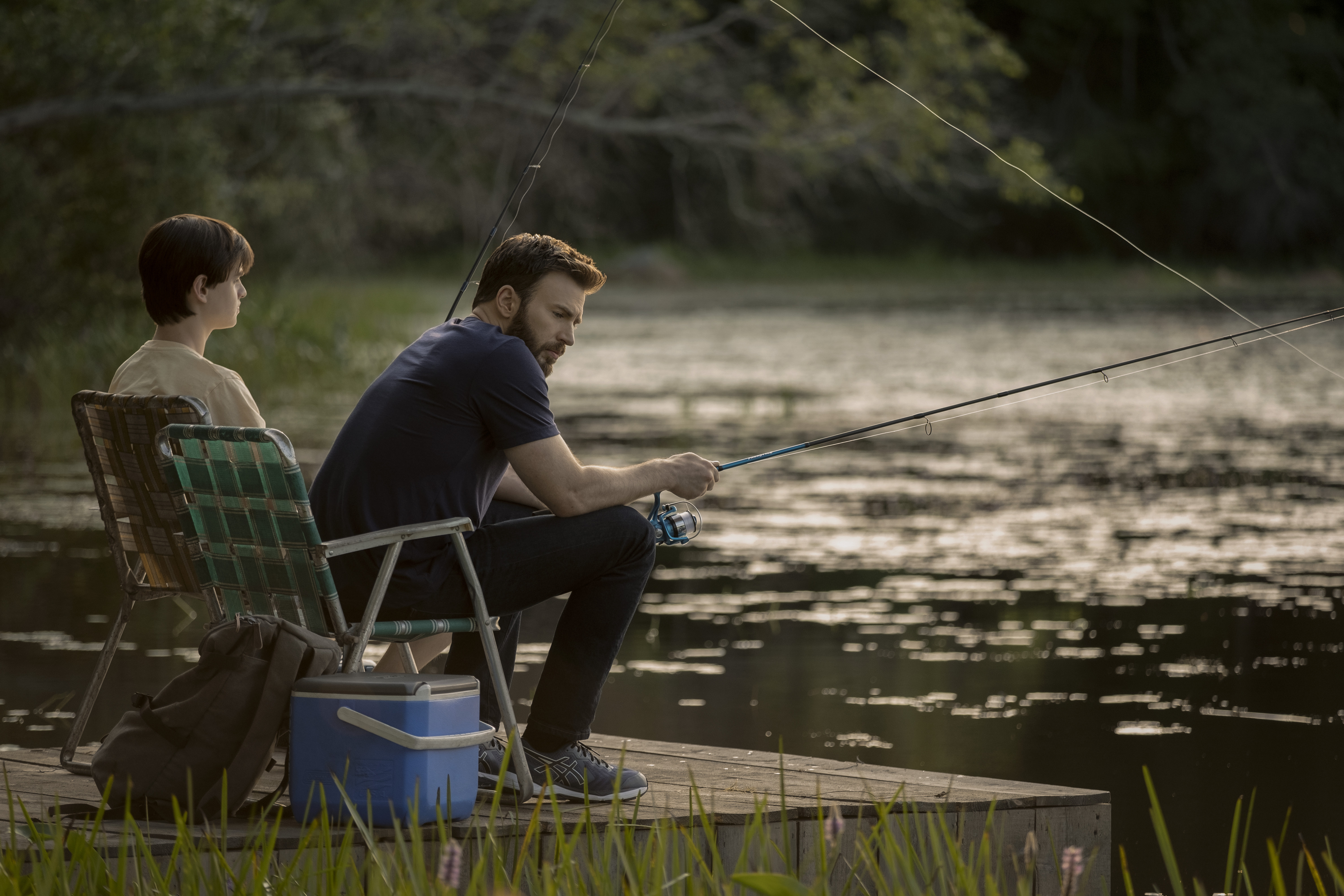 In the latest episode of Defending Jacob, Laurie and Andy Barber each took strides to protect their son, while Jacob considered the possibility of jail in his future.

man on a mission

Andy Barber began this episode by facing his father in prison. He refused to play into his father’s mind games and left without the DNA sample. He then continued on his quest to find another suspect. When he found out Derek had been questioned and couldn’t get answers from Detective Duffy, he went straight to the source. After surreptitiously flattening a tire on Ben’s mom’s car, Andy questioned Derek himself under the guise of innocently running into him while picking up Jacob’s graduation certificate. Seemingly bypassing the upsetting revelation that Jacob was a fan of violent pornography, Andy latched onto Derek’s mention of Sarah. He then questioned Sarah and finally got the story of Ben’s cell phone. Their lawyer doesn’t need to hire a private investigator, Andy can do it all himself. 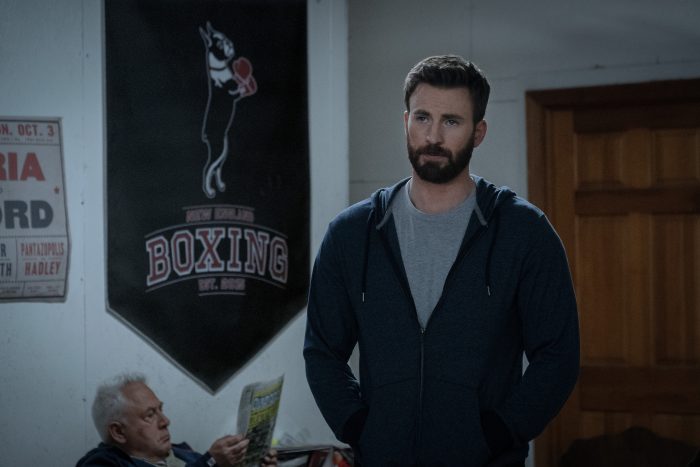 We later learn that as soon as he returned to his car, Andy did immediately check out the violent porn site that Derek claimed Jacob liked. He was disturbed, but claimed to believe Derek was lying and chose not to upset Laurie with the news, fearing she’d overreact. The fact that Andy is being questioned about this site in the present day hearing tells me that there is more to be revealed there in future episodes. Andy has already warned Jacob to be careful about what he does and says online. This site discovery, along with Jacob’s secret Instagram account, suggest trouble is brewing.

a character worth rooting for

Andy Barber is fast becoming one of my favorite characters Chris Evans has ever played. He is determined and clever in the pursuit of finding a way to exonerate his son. At the same time, he’s equally a devoted husband and father. He deftly manages what is necessary from him in any given situation.

I am taken by Chris Evans’ ability to convey the depth of Andy’s emotions through subtle expressions and gestures. (So much so that I tweeted about it while rewatching to write this review.) The cold, hardened expression as he wordlessly stared down his father. Reaching out his hand in apology after he fought with Laurie about the article. How his face went from love to anguish as Jacob voiced his fears. The look of concern during movie night as it dawned on him that Laurie visited his father. Chris Evans is able to say so much without saying a word.

Laurie went on a bit of an emotional roller coaster ride this episode. Sadly scrolling through pictures of Jacob’s class graduating middle school, Laurie seemed more affected by what Jacob is missing out on than he ever has. After arguing with Andy about being tricked into the ‘interview’ she delighted in meeting Sarah for the first time. She allowed herself a moment of levity while on her early morning grocery run only to come face to face with Ben’s mother, who spit in her face. She finally told the psychiatrist about Jacob’s childhood incident with the bowling ball, giving voice to her fear without outright admitting she suspects his guilt. She genuinely smiled and experienced a small amount of relief as Andy recounted how he deduced the location of Ben’s missing cell phone. She later thanked him in their closet. The next day, as Andy and Jacob went fishing, she snuck off to visit Andy’s father in prison, accomplishing what he couldn’t. 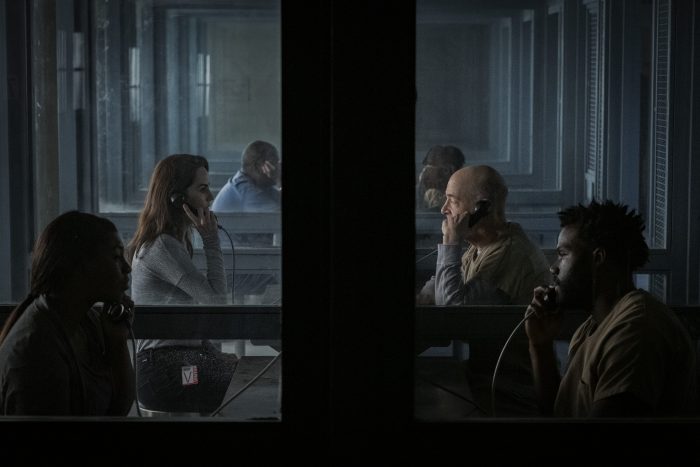 I’ll be honest, this series is my first experience watching Michelle Dockery. I don’t watch Downton Abbey and simply have never seen anything else in her filmography. She plays Laurie with such a fascinating mix of strength and fragility. She seems constantly on the edge of snapping under the weight of what’s happening, yet finds the strength to do what’s needed. Dockery makes Laurie sympathetic, even when she makes questionable choices.

Studying with his tutor, enjoying a visit from Sarah, swapping music picks with his dad. Jacob was afforded a few moments of normalcy and joy this episode, but the cracks did begin to show. His face went blank as he took in the story of Ben’s missing cell phone and Sarah’s part in it. His voice was unsure as he asked the meaning of exculpatory. His voice was laced with pain as he admitted he was angry that Sarah only befriended him out of guilt. Moments later, as he watched a video of Sarah singing, she texted him to talk. The glare he gave his phone before responding to Sarah’s message with a cutting ‘Slut’ was cold. Bonding with his dad on their fishing trip, his voice wavered as he admitted he was scared. 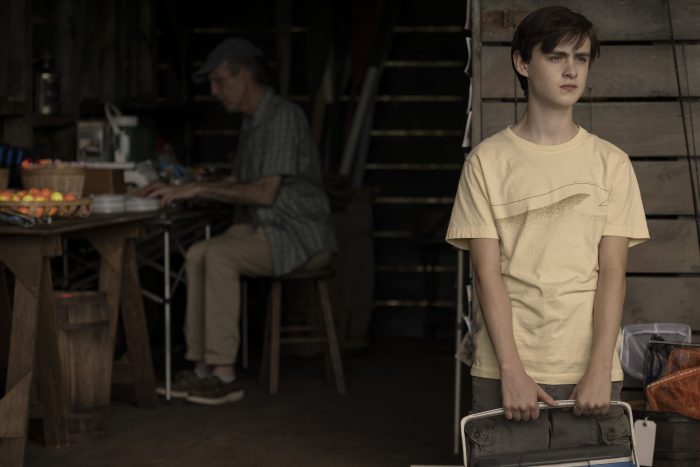 I find it remarkable that there is still such a question over Jacob’s guilt or innocence this far into the story for the viewer. Credit goes to Jaeden Martell for portraying Jacob in such a way that he’s difficult to read. His emotions and reactions swing from typical to unpredictable. Whenever the subject of his impending trial arises, he’s scared and bewildered. In most other moments, he seems like a typical teenager.

So far in these reviews, I’ve neglected to mention the incredible supporting cast. Poorna Jagannathan’s biological psychiatrist has been pivotal in Laurie coming to grips with her fears about and for her son. Cherry Jones defense attorney works well with the Barber family. She is firm, but gentle with Jacob, understanding with Laurie, and talks straight with Andy. 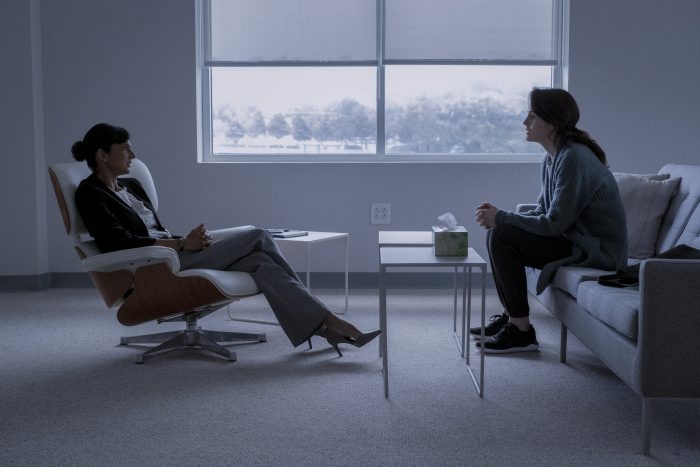 Sarah, Jacob’s only current friend, is becoming more involved in the plot with each episode. Jordan Alexa Davis is compelling onscreen. Although Sarah finally revealed some of her secrets this episode, I suspect there is more to be found with her character.

Sakina Jaffrey plays Andy’s former boss with a reluctance to hurt him but a determination to do her job. Betty Gabriel’s Detective Duffy is losing patience with Andy’s dogged search for answers, seeming to want to help her former colleague less with each passing episode. Pablo Schreiber’s prosecutor is condescending and smug as he questions Andy in the present day hearing.

Episode five finally introduced us to Bloody Billy Barber, played by J.K. Simmons. He lived up to the expectations we had for this menacing character who raped and murdered a college student decades ago. I’m certain we haven’t seen the last of him and I’m looking forward to more scenes between Evans and Simmons as they stare each other down through the bullet proof glass. 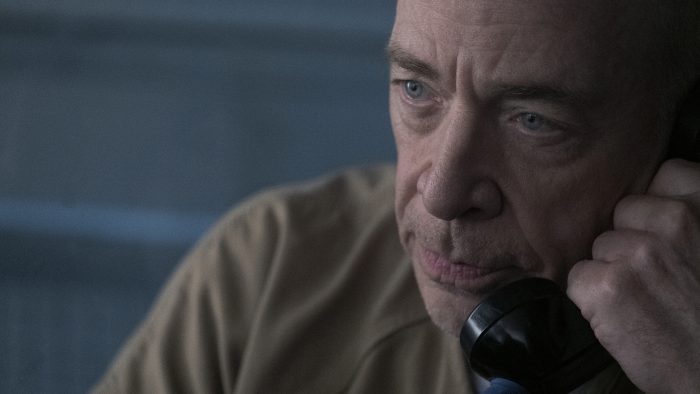 This week we learned what Sarah told the police tip line and why Derek was questioned, both questions I posed following last week’s episode. This week we are left wondering:

Defending Jacob continues with episode six next Friday, May 15th on Apple TV+. If you want to talk about Defending Jacob or have a lingering question that I missed, visit us in the comments or on twitter to let us know.