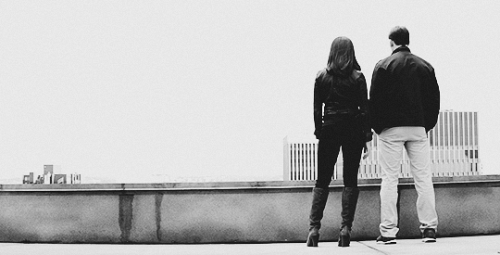 Many would consider that romances have no place in superhero movies but I’ve always seen them as a human interaction. The way you love is very telling of who you are as a person.

Once upon a time, the value of a superhero was measured by their courage, their strength and determination. It’s not until a few years ago that other more humane characteristics were added to their complexity (“with great power comes great responsibility”). And soon, the hero’s measure began to be gaged through the prism of his personality. Dedication, resilience and kindness became the new factors that made us appreciate the hero because of the person that they are under their cape.

This is when human relationships come into play. And, as much as I love the MCU, I think we can all agree that their main focus (and best achievements) has been on platonic ones. There are only a few romantic relationships that Marvel has nailed and successfully explored (I count five).

Steve Rogers and Natasha Romanoff (also known as Romanogers or Stevenat) would have been the best one of them if Marvel had only given it a chance.

I can hear what some of you will say and they are arguments I also proudly stand by. A friendship between a man and a woman is under-represented and Romanogers, working so well as one, should not be compromised for the cliché expectation of a romance.

But here is the thing with Stevenat, they are way past the benchmarks of friendship (that I would leave to Natasha and Clint) and have delved into the most intimate side of a relationship. For the real strength of Captain America and Black Widow was their organic and continuous growth across the movies whose different stages are so clear they can easily be labeled. We saw them as teammates in The Avengers; colleagues in Captain America: The Winter Soldier; partners in Age of Ultron; allies and companions in Infinity War; old friends in Avengers: Endgame.

The growing dynamic and the natural chemistry between actors and friends Chris Evans and Scarlett Johansson helped the relationship between Cap and Nat write itself without much effort. And this is what makes the ending so unsatisfying. Frustrating, even. The pairing worked so well that it simply needed that last flick to let it soar.

What made Stevenat more compelling than any other romance that the MCU tried (and often failed) to develop separately for the two characters is that it was deeply rooted in realness. Their connection did not rely on the trappings of an otherwordly environment or of an unrealistic love at first sight narrative.

It built slowly, with time and trust, in a relatable way that helped to embed the movies in some semblance of realism. Just like the fans could identify and connect with Tony and Pepper, they could do the same with Steve and Natasha. Because their relationship was believable and complex. Two characters with different backgrounds and diverging personalities finding common ground to build a relationship on.

And beyond this, their companionship aided in their personal growth too.

Steve set an example and helped her to wield her moral compass while she became a solid bearing in this new century and environment. Their pragmatic minds and their practical superhero abilities, as well as their past loss and loneliness, make them the obvious and natural match for each other. It was no surprise they ended up training the new Avengers together and becoming work husband and wife.

I always thought there was almost a sense of recognition when the two met. Like two old, weary souls, on different paths but similar in character, that find each other. Like “Hey, you. It’s the first time I see you but you look familiar.”

And that is beautiful. I have a soft spot for lovers that are also friends. The true essence of companionship. Unbreakable and everlasting.

It’s what makes Steve and Natasha a power couple. They would not have been an iconic love story in an “in your face” type of way, but instead a secure, steady kind of love. The reason why they are each other’s home.

And because all that Romanogers talk has made me a little nostalgic, here are some of their best moments always subtly dipped in many shades of affection.

All Those Times They Walked Side by Side

Natasha isn’t Steve’s sidekick — she is his partner. And it shows in all those shots where they walk by each other’s side, like equals. This may look like a detail but it showcases the special relationship that these two have and don’t share with anyone else. They complement each other and are on the same wavelength which explains why they always stand at the same level.

She kicks ass and he takes names. Via Tumblr

Captain America: The Winter Soldier was the movie that laid the foundations of their friendship. A challenge for both considering Cap can’t do without trust and Black Widow can’t afford to give it to anyone. Next comes the conversation in Sam’s bedroom when Nat asks: “If it was down to me to save your life — and be honest with me— would you trust me to do it?” and Steve answers: “I would now.” A seemingly common dialogue that, in Nat/Steve language, basically equates to the vow exchange.

And if you think I’m exaggerating, then remember how Natasha gave a lot of herself in the highway scene to keep her word.

The legend jumped out when she dived into the front seat. Via Tumblr

that time when sam was in the background but nobody noticed

Yep, he’s literally right behind but Nat and Steve are so enthralled with each other they made him invisible.

Now, this scene is interesting for many reasons. First, you can see how much growth their relationship has had, and it is officially the first time they get to part since they met in the first Avengers movie. And even though, it is not farewell, it carries the same emotional charge nonetheless.

Next, this is when Natasha feigns to nonchalantly bring up another potential date (with a wistful expression) and Steve immediately shuts it down by pretending not to remember her name. Subtle, flirtatious banter. It’s like they’re both indirectly daring the other to admit their feelings.

And this goodbye ends up being the promise of further development.

Steve and Nat flirting with their eyes — they do that a lot. Via Tumblr

That Time When She Flew To Comfort Him

One of the best things about Romanogers is their ability to let themselves be vulnerable around each other. It is a trend they started in Captain America: The Winter Soldier and couldn’t quite shake. And this scene is no exception. So genuine and raw. The way the scene is shot with a series of close-ups makes the scene even more intimate and genuine.

I personally don’t look at my friends this way. Via Tumblr

That time when their kiss didn’t exactly make him UNcomfortable

What was meant to be a humorous scene amid a suspenseful, spy-style flight turned out to be pretty revealing. 1/ He hasn’t had practice since 1945 and 2/ even if he did, that kiss with Nat left him shooken. I mean, it was great enough to make Captain America forget that Hydra is in the place!

ALL THOSE TIMES WHEN Nat WiELDED HIS SHIELD

Those fighting sequences are an extension of them walking side by side. Natasha and Steve merge together as one entity when fighting. The easiness with which they adjust their moves (exhibited early on in The Avengers when she bounced off his shield) organically led to the moment they began sharing the shield.

And that is a big deal. The shield embodies Cap and only a few had the privilege to use it. The difference though is that Natasha has wielded it several times to the point it sort of became part of her equipment.

Here’s some food for thought: the shield is featured in the background when Natasha appears on screen in the Endgame credits; it breaks in half during the battle scene as an echo to Natasha’s death. Coincidence? I think not.

I bet they played frisbee with it on weekends. Via Tumblr

That Time She Was His View

As much as Avengers: Age of Ultron crushed my shipper’s heart, it also brought me my favorite Romanogers scene ever. There are no words of affection shared but the power of the scene lies in Steve’s gaze. When Natasha resignedly welcomes death and praises the view in front of her in those final minutes, Steve’s look shifts to lock on her. That wordless exchange is a beautiful moment of stillness and realization. I’ve personally always thought this is when Steve understands he has feelings for Natasha.

If looks could kill with too much love. Via Tumblr

After reading all this, it is possible your initial thought is “WHAT THE HELL, MARVEL?”

And whether you like them as a couple or as close-knit friends, all of us will agree that Romanogers should have a more proper conclusion than the one Endgame gave us.

Steve and Natasha were teammates and allies through thick and thin, they deserved at least proper goodbye.

Whether it be farewell to a dear friend.

Or goodbye to an almost something.

Share your impressions and comments about Romanogers and their ending with @CapeandCastle.