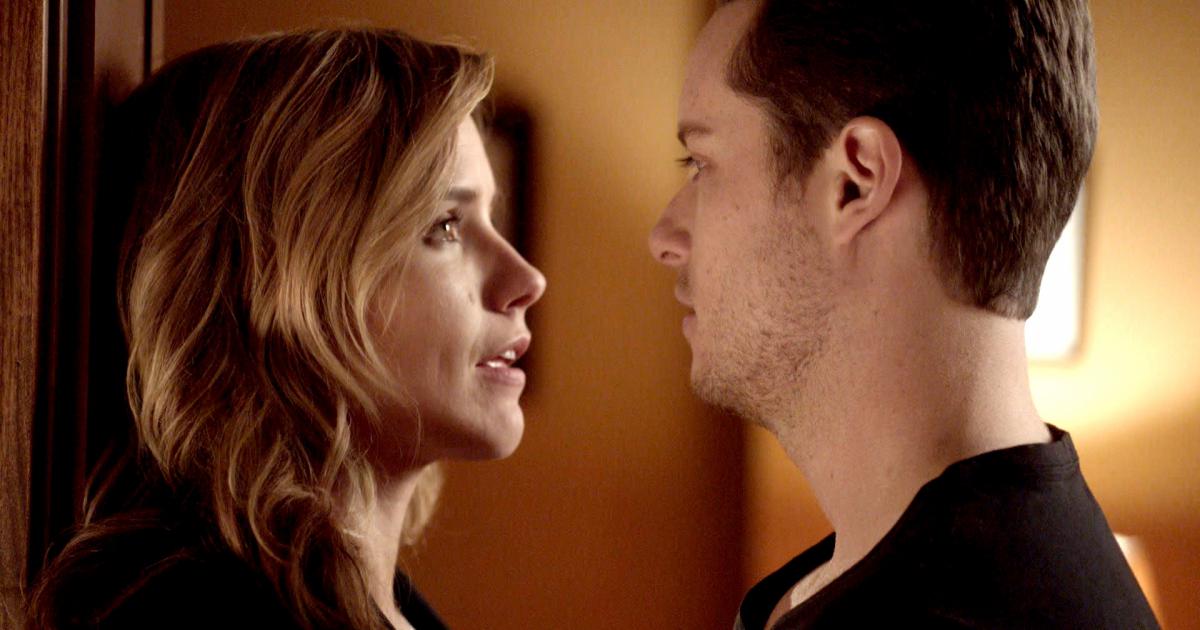 If I remember correctly, I had a friend who was into Chicago P.D. and shipped the hell out of Erin Lindsay (Sophia Bush, Incredibles 2) and Jay Halstead (Jesse Lee Soffer, In Time). And if I also remember correctly, she led me down the YouTube hole, made me watch a few Linstead scenes. That was probably in 2014/2015, at best.

Even back then, I thought that they were pretty cute. But that’s just it, see … they were just that. I never got that into them, and I never thought I would. That is, until this week, when I randomly wanted to rewatch some of their scenes, whatever came up on YouTube (because, quarantine, so why the hell not?). Now, I’m hooked. (Or screwed, considering Sophia left P.D. two years ago and their ship has already sunk, long before I even got to board. Same fucking difference.)

But aside from all of the off-screen shit, Linstead’s short-lived but true love story is seriously worth getting into. I may be only one season in to my binge-watch, but I did my research and watched all of their scenes by fast forwarding each episode toward them, so I know what went down with Linstead … enough to write this article. And let me tell you, their story was fucking beautiful.

Right from the start, it was already obvious that their partnership was more than just work. They were totally into each other, and they didn’t even try to hide it (not that they were able to, anyway — Voight was all up on their asses about their not-so-subtle flirty everything). They may have spent a good chunk of the first season-and-a-half not acting on their feelings, but that’s what made Linstead the ultimate power couple: they didn’t play the “will-they-won’t-they” game that a lot of television series, especially procedurals, play. They just played “when-they”, which I will forever be thankful for, because then it doesn’t feel like a waste of time.

Also, my god, their chemistry. I’m not going to get into the fact that Sophia and Jesse dated in real life, but. My god.

We all know that if Sophia was still on the show today, that Linstead would still be endgame. I’m just thankful that, albeit they were a short love story, they’re still a love story, all the same.

So today, on Chicago Wednesday (or lack thereof, fucking Coronavirus), we celebrate what would have been the best couple in P.D. history — maybe in all of One Chicago if Sophia had stayed — and we spotlight some of Linstead’s best, cutest, hottest moments.

Quick context: Jay hates that he can’t drive when he’s in the car with Erin. Aww. If there’s one thing I love about Linstead, it’s their playfulness and their flirty bantering. At this point, they’ve only been working together for a month, but obviously in that one month, they clicked and they clicked fast. Their dynamic is fun and natural and positive and ultimately satisfying. It may have only been the pilot episode, but it was already clear that they love spending time together. (1×01, “Stepping Stone”)

When Jay kicked a dude’s ass for verbally harassing Erin

Of course Erin could’ve done it herself, but I would give my left — whatever I’ve got on my left — to see Jay protect Erin time and again. The very fact that we got to see this in the pilot is a fucking gift. We don’t always get what we want in life, but when it comes to Linstead, well … to say that we hit the life lottery with this ship is an understatement. (1×01, “Stepping Stone”)

When Erin told Jay that she has his back, always

Another pilot gem. Linstead’s really lucky to have each other as partners. It’s not that the others don’t have their backs, but when it comes to protecting each other, they go above and beyond. It’s one partnership that isn’t easily replicated. (1×01, “Stepping Stone”)

When Jay was hanging out with Erin … in her apartment

This was probably when my mouth fell for the first time. From when Erin opened the door, it was obvious that she was hiding something. I just didn’t expect her to be hiding Jay. I smiled hard when I saw him sitting on her couch with a beer in his hand. I was only disappointed when they didn’t kiss right then and there. I would’ve smashed their faces together. (1×05, “Thirty Balloons”)

Okay, so I may have been a tad disappointed that we didn’t get to see Linstead fake engaged here, but this scene made up for it. If you didn’t already think that Linstead was endgame before watching this scene, then this scene was what solidified it. Let’s not forget that he held. Her. Hand. And caressed it. This is the type of angst I’ll gladly take any day. (1×06, “Conventions”)

Erin was being courted by the Feds, which in turn led her to leave the Chicago P.D. and Jay. It was so stinkin’ cute how Jay kept trying to get her to admit that she was going to miss him. (2×10, “Shouldn’t Have Been Alone”)

When Linstead had their first time

I’m not really sure if there’s a kiss known to man that’s as hot as this one. Seriously. The fact that this was their first kiss, well … they’ve clearly been holding back. A lot. Especially Jay, grabbing her face like that. And is it just me, or do his eyes look feral? Well, his mouth definitely was. (2×11, “We Don’t Work Together Anymore”)

Saving Nadia was one of Erin’s most major arcs on P.D. Nadia had a real impact on Erin’s life — Erin saw a lot of who she used to be in Nadia — so when Nadia was murdered, Erin naturally lost it, ultimately resulting in her going on a bender and quitting CPD. But the fact that Jay was there to comfort Erin was just something that both she and I as a shipper, needed. (Law & Order: Special Victims Unit, 16×20, “Daydream Believer”)

When Erin became a cop again to rescue Jay

It may have taken Jay getting kidnapped to get Erin back on her feet after losing Nadia, but that was the beauty of it: her boyfriend was in danger, so she was quick to get sober and go back to work to rescue him. Feels. (3×01, “Life Is Fluid”)

I don’t know about you, but them going public with their relationship for the first time was a big step, if not the biggest step. They spent a good chunk of time hiding their relationship (two whole seasons!), so the fact that they finally made Linstead known to the world was an impressive feat. (3×06, “You Never Know Who’s Who”)

Want to talk Linstead? @ us!