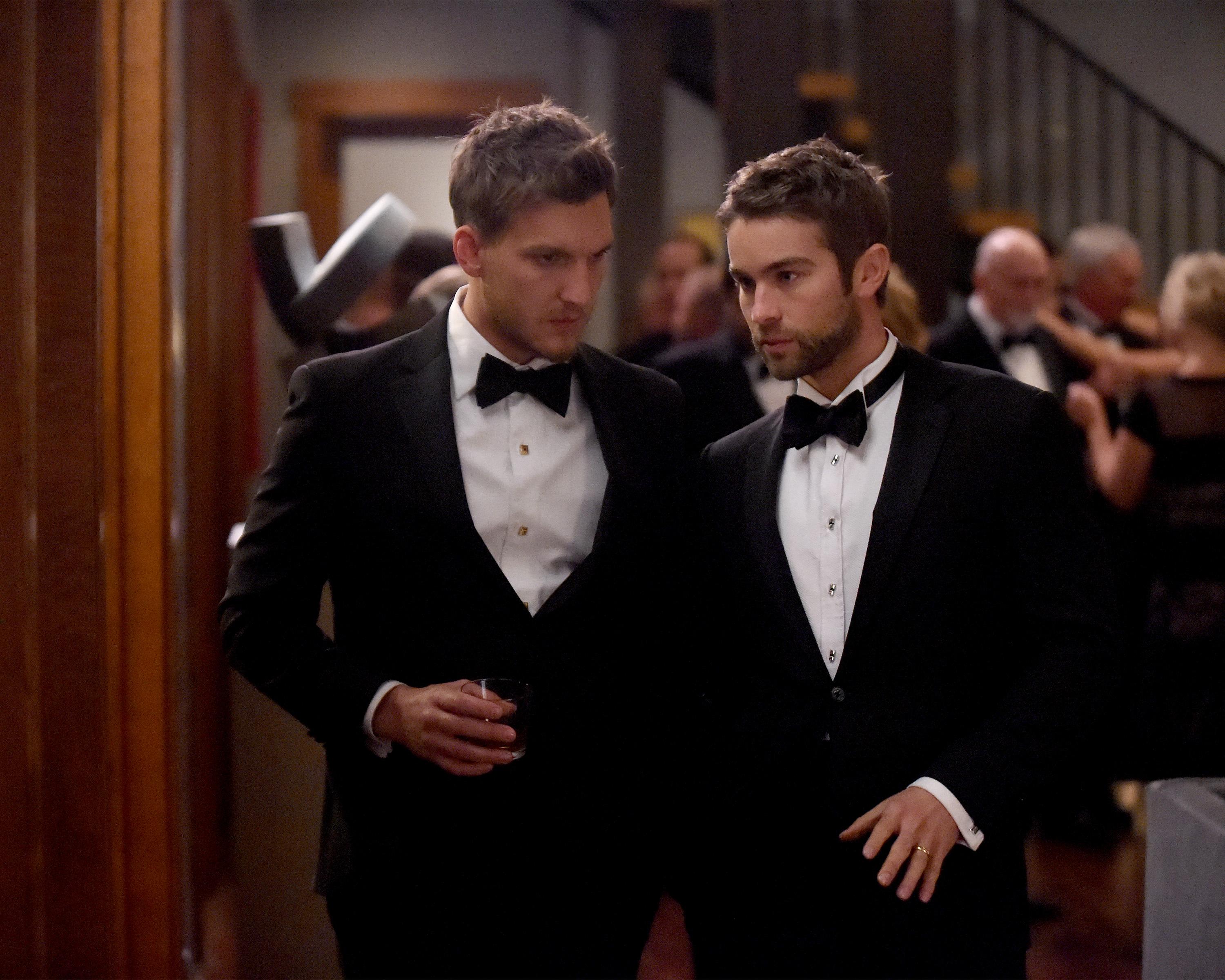 Set during a fictitious 2015 oil boom in the just-as-fictitious Rock Springs, North Dakota, ABC’s Blood & Oil held our attention from start to finish and had an engaging, attractive cast of characters, from a black sheep son (Scott Michael Foster) who was unable or unwilling to please his hard-driving, wealthy oil baron of a father (Don Johnson) and his power-hungry second wife (Amber Valletta), to a working class couple (Chace Crawford and Rebecca Rittenhouse) who migrates to the boom town to seek fortune. Foster and Crawford were especially apt in portraying Wick Briggs and Billy LeFever, respectively, and both had shown that they grew up since Greek and Gossip Girl, also respectively.

Themes of family dysfunction, love, money and power struggle don’t break any new ground, but that’s what the soap opera genre is all about. In this Fandom Flashback, Cape & Castle co-founders Christine Cenon and Sarah Cudlipp put a round table together to discuss why they both enjoyed Blood & Oil and its one-season run.

What made you want to watch Blood & Oil?

Christine Cenon: For some, having the household name of Don Johnson on Blood & Oil’s cast list is already enough of a reason to watch it (Miami Vice and Nash Bridges are mainstream classics), but for me, I only really have two reasons, and those reasons go by the names of Scott Michael Foster and Chace Crawford. 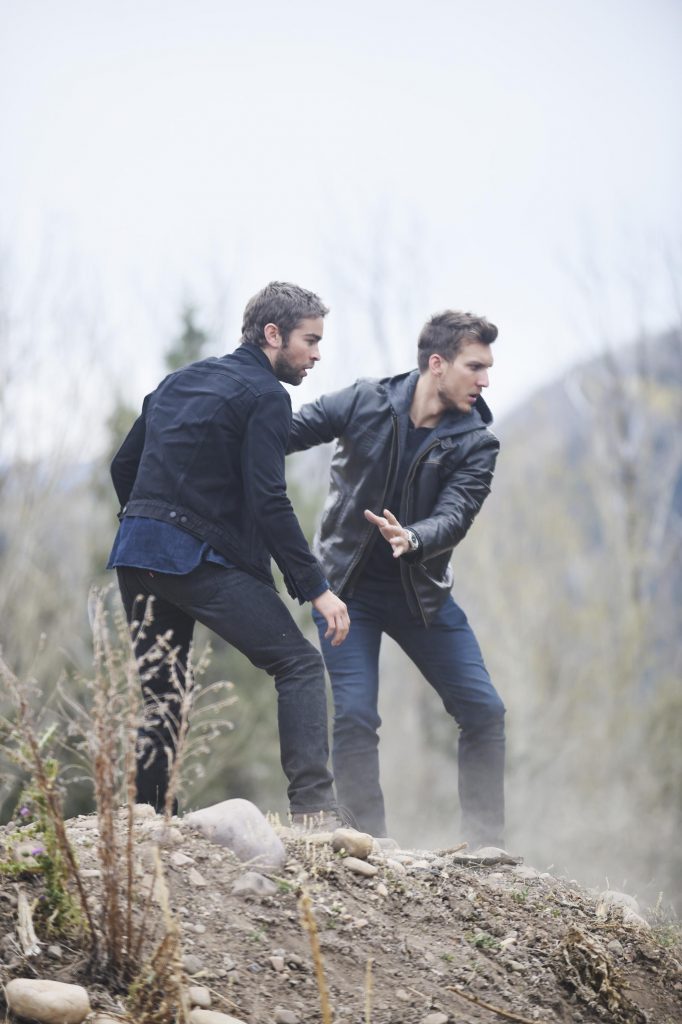 Sarah Cudlipp: Scott and Chase were definitely two bonuses for me.

CC: If you knew me in the late 2000s, then you knew that I had the biggest crushes on Cappie and Nate Archibald. Imagine what ran through my head when I heard that those two sexy Dallas cowboys would be working together.

SC: You still have the biggest crushes on those two, understandably. But I can definitely see the draw to that show even now. Those two were a lovely match. So I’m sure the thoughts running through your head can’t be said in polite company.

CC: You are correct. Can you blame me? They’re hot. It doesn’t help that they wear suits, either, and not just the expensive kind — yes, I’m talking about birthday suits. I should stop.

SC: Never stop. Those men can each wear a tux. Whoo! And don’t even get me started on their muscles. They both have that one tantalizing one that women like to call “the muscle that makes us stupid”. You know the one I mean.

CC: No, Sarah, I don’t know what you mean. Elaborate. Just kidding, don’t. Stop dragging my head further down the gutter, damn it.

SC: The storylines just made them seem even hotter to me. That probably sounds weird and inappropriate, but what are you going to do? Don’t put two ridiculously good looking men on my screen, have them wear amazing outfits, and give them soapy storylines for me to fall into if you don’t want me to drool over them.

SC: Me too! But I really was drawn to the show because I grew up with a mom that watched a lot of Dallas and Dynasty, so I was already into the storylines that I knew we would get. I love shows with a soapy feel. Hot men are just an added bonus.

CC: To you, maybe. To me, the soapy storylines are the added bonus. I do love soap opera angst, though.

What kept you watching the show?

SC: We had the Dallas reboot and the Dynasty reboot, but Blood & Oil felt like a beautiful mix of both with its own spin. The character development was pretty incredible, but especially impressive since the show only had ten episodes.

SC: The dynamic between each character had me hooked from moment one and I’m still upset that this show wasn’t given a fair chance to flourish.

CC: I’m upset, too. It had so much potential. The purposefully unresolved storylines were what kept me coming back every Sunday. Of course, I was partial to Wick’s story, but let’s be honest: what all of us were dying to know most of all, was how Hap (Johnson) would react when he found out that his own son was the one who robbed him and almost killed him. 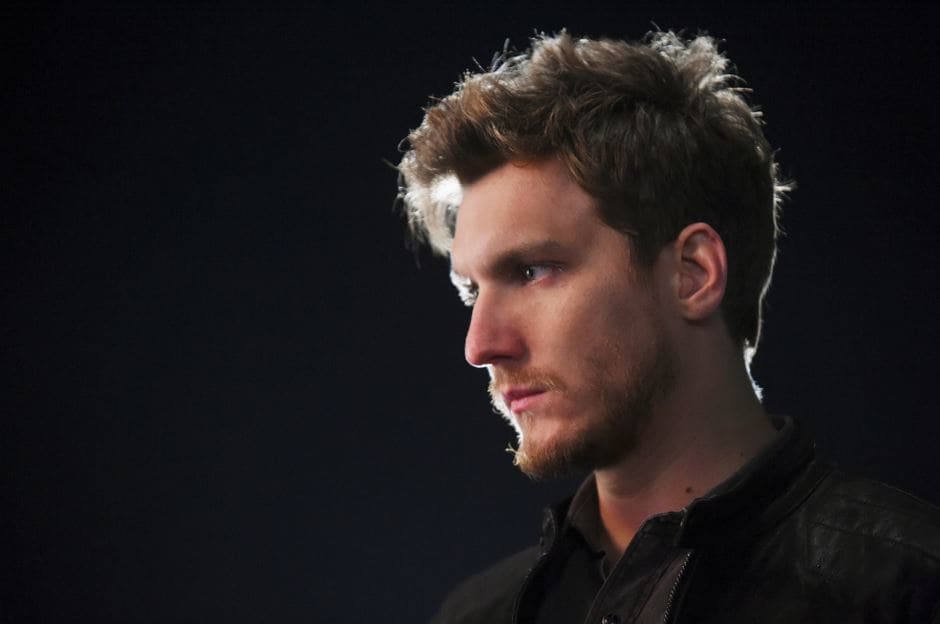 SC: Honestly! That was a storyline that was going to get so crazy! Was already crazy. We deserved to see what happened with that, dammit! I also think the entire situation was majorly playing with Wick’s character development. He was literally changing right before our eyes and I would have loved to see that explored more.

What do you wish we could’ve seen more of on Blood & Oil?

CC: We didn’t get to see what happened between Wick and his sister, Lacey (Miranda Rae Mayo), after she told their dad that Wick was the one who held the gun to his head. Are they mad at each other? Are they still close? I need to know. I loved their brother-sister dynamic. I wish that I saw more of it. 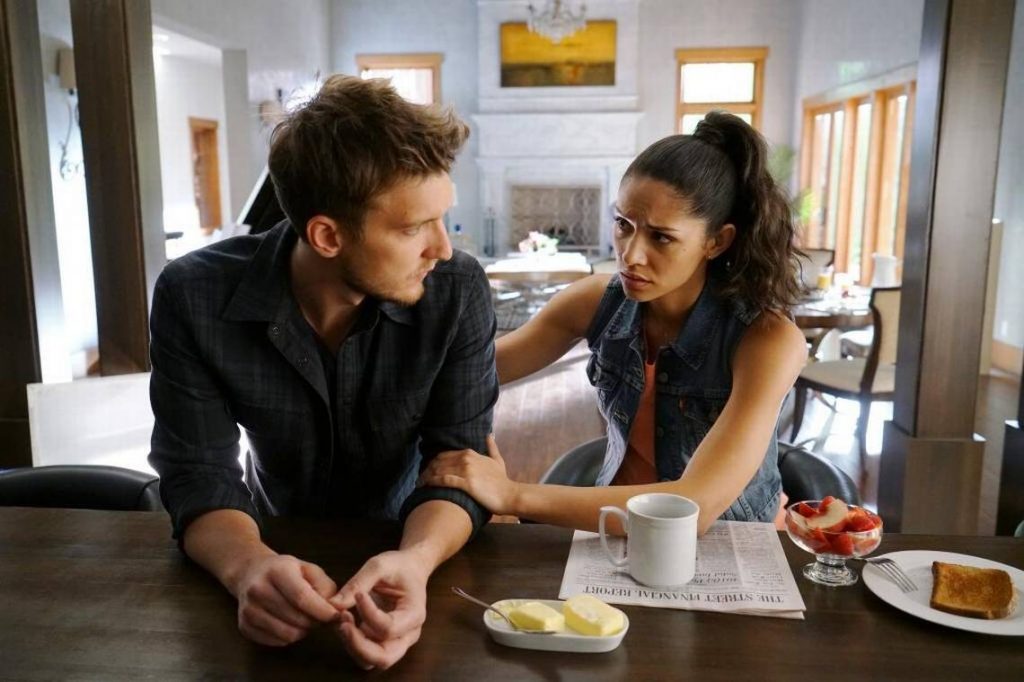 SC: I loved that dynamic as well and I think there was so much left to explore between them. But this show was one with characters that were just filled with secrets and I need to know all of them.

CC: Exactly! I definitely needed to know how A.J. (Adan Canto) got caught up with the Saudis.

SC: I just have such a need to know what happens next. What was the plan? Where were they going to go from where they left off? So many questions.

CC: So. Many. Questions.

What’s the cast up to now? Should they revive this show or let it go?

CC: I know that Chace is busy with The Boys, and Miranda with Chicago Fire. As for Scott, I don’t think he’s up to anything right now. I’d rather they revive Greek, because I need to know what Cappie and Casey are up to. As for Gossip Girl, it’s too late … they’re already rebooting it. I just lost my chances of Blair ever coming to her senses and divorcing Chuck to get back together with Nate. (I’m a book purist, okay?) 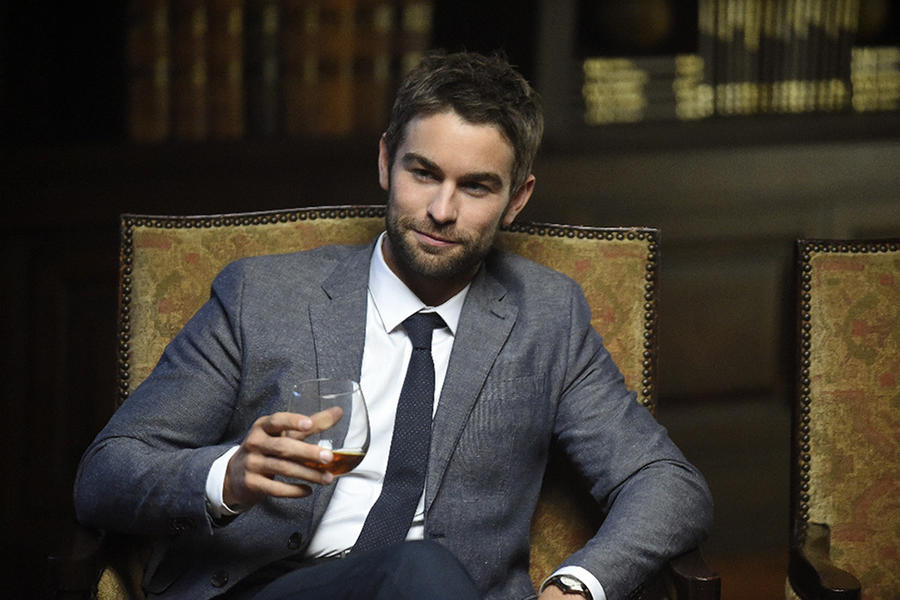 SC: I’m not sure how I feel about the Gossip Girl reboot just yet, I’m reserving judgment. Also, how dare you. You know I love Chuck and Blair and they can never get divorced.

SC: I am loving seeing Miranda on Chicago Fire and it would be pretty sweet to see a Greek get together after all this time.

CC: They had a reunion movie in the works but was scrapped. I’m still shaking my fist at Freeform.

SC: Damn it, Freeform! Always crushing our hopes and dreams. Scott definitely seems to prefer television series and I think his last one was Crazy Ex-Girlfriend. Maybe he will grace us with his presence on another show soon.

CC: Hope so! I miss his handsome face gracing my television screen. As far as a revival, however, I personally don’t see one down the road. They already tied all of the loose ends up in the finale.

SC: My first instinct is to agree. But, the wonderful thing about all the television series we have now is that we live in an age where it seems like anything can be revived. Though it does seem like the cast is all pretty busy with their own stuff. And I know it’s kind of blasphemy when we loved the cast so much, but I would also be game for a reimagining for this series. The story was such a strong one and I think maybe it would do better this time around.

CC: I’m game for a reimagining, so long as Scott and Chace reprise their roles. But, I can’t always get what I want, can I?

What this all really comes down to is we were in love with Blood & Oil and ten episodes were not nearly enough. The cast was extremely talented and worked beautifully together. And while we wish it could have continued, we are so glad to be able to look back on it with love and rewatch it as many times as we want. With Chace and Scott leading, you know we’re going to be rewatching it over and over forever.

If you haven’t seen this short-lived series, we strongly encourage you to check it out! It will definitely be worth it. But if you have seen it, what were your thoughts on the characters and the story? Did you love it as much as we did? What do you think about where the cast is now? Find and follow us on Twitter @capeandcastle to let us know your thoughts!

If you’re looking for more articles on all things Disney, Marvel, Star Wars, and more, be sure to check out our site!