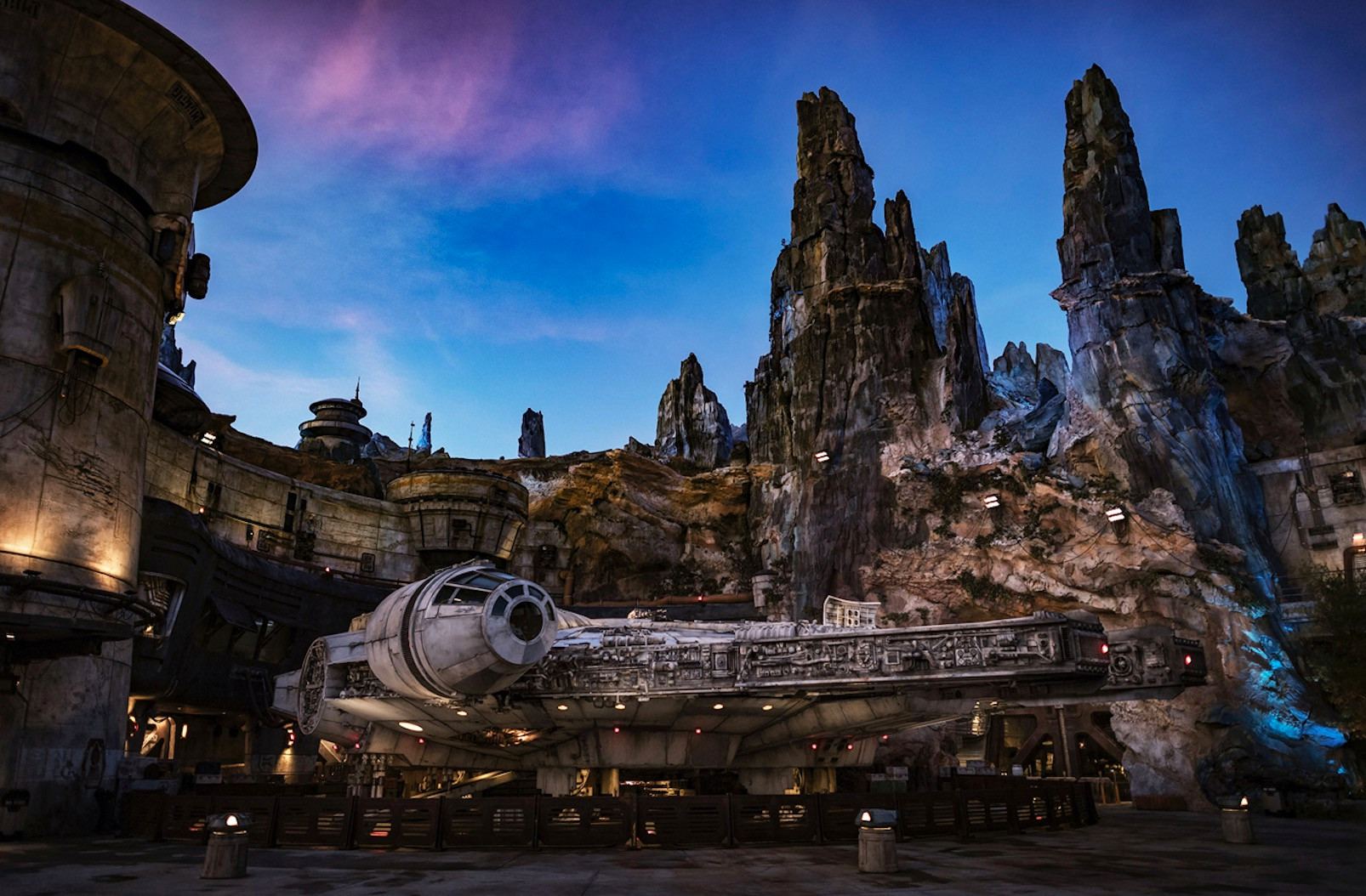 For the first time after seven years, Disneyland and Disney’s Hollywood Studios are unfortunately not partaking in Star Wars Day on Monday, May 4th, due to the COVID-19 pandemic. It is such a shame that this virus has caused the parks to shut down at this time, considering that this would have been the first Star Wars Day with Star Wars: Galaxy’s Edge open to the public. Imagine all of the special events and activities that Disney could have planned for Batuu!

Instead of dwelling on the fact that we have to wait a whole year from today to finally celebrate in Galaxy’s Edge, Cape & Castle would like to take this time of quarantine to reminisce the Star Wars themed land. Here’s why we incredibly miss it so much!

Millennium Falcon: Smugglers Run puts Star Tours and Mission: SPACE to shame! This simulator ride enables guests to take control of Han Solo’s famous ship on a mission to help Hondo Ohnaka deliver cargo to particular clientele. Whether one is a pilot, gunner, or engineer, each role is equally important. The whole crew must cooperate with each other unless they want to crash the ship and end the ride early (it’s happened before, no joke)!

While waiting to board with assigned group, guests are sent to the iconic “chess room” from the Star Wars movies. In there, people are free to enjoy the nostalgia from A New Hope and take as many photos as they wish in the classic booth beside the Dejarik board (hologram chess). 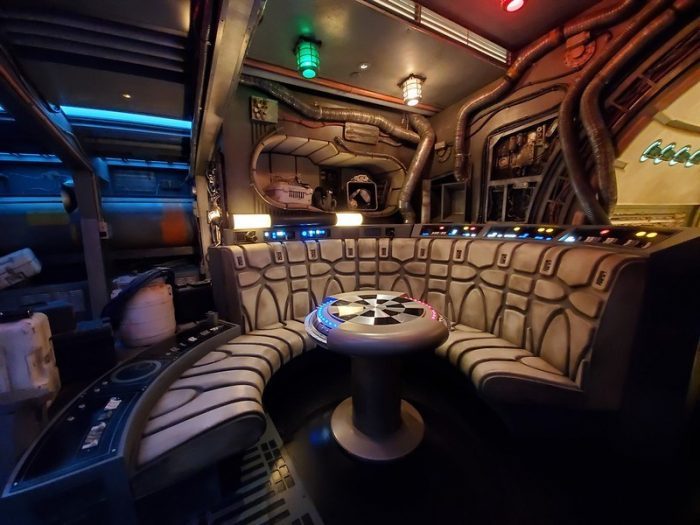 Guests that fill in all six seats of the Millennium Falcon cockpit can even unlock “Chewie Mode” – an alternative version of the ride where Chewbacca yells at the crew instead of Hondo Ohnaka giving proper directions and guidance for the mission. The way to unlock “Chewie Mode” is by ensuring that pilots push their controls all the way up/down or left/right (depending where they’re seated) before they hit their activation buttons, while gunners and engineers must hold down on one of the white buttons next to them before pressing activate. All of these steps must be completed before a Cast Member checks the group’s seatbelts and starts the ride.

When guests visit Disneyland or Disney’s Hollywood Studios and enter the planet Batuu, they are immediately immersed into the story of the Star Wars sequel trilogy, specifically set after the events of The Last Jedi. Whether they explore the Resistance base with Rey and Chewbacca, get stopped by Stormtroopers, and/or harass Kylo Ren, commander of the First Order, until they can rule the galaxy with him (Who wouldn’t?), anyone can experience personal character interactions that will make lasting memories. 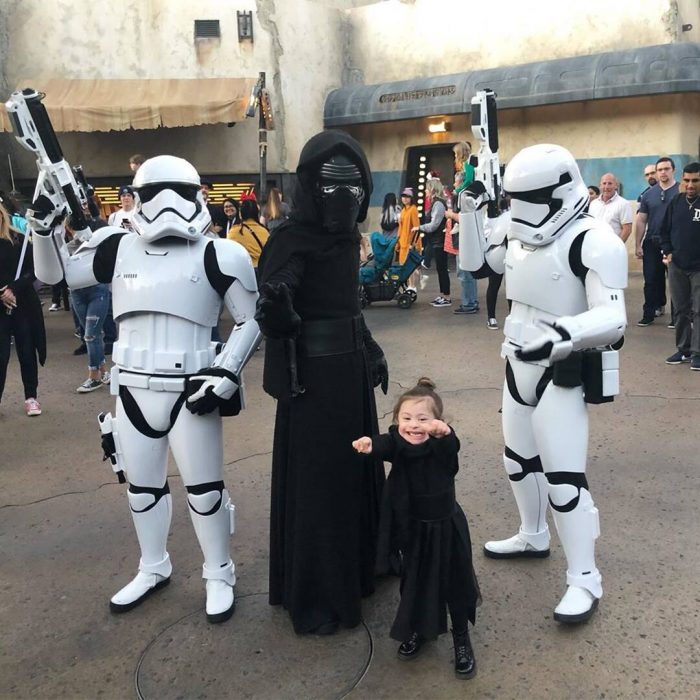 Even the Cast Members at Galaxy’s Edge are their own characters. They each come from different planets and have their own backstories. Just talk to them and see!

One can not simply visit Galaxy’s Edge without trying the blue milk that Luke Skywalker drinks in the Star Wars films. Blue milk is a blend of coconut and rice milk with a hint of a berry flavor. This creamy, slushy type drink can be found at the Milk Stand right next to the TIE Silencer, aka Kylo Ren’s ship. 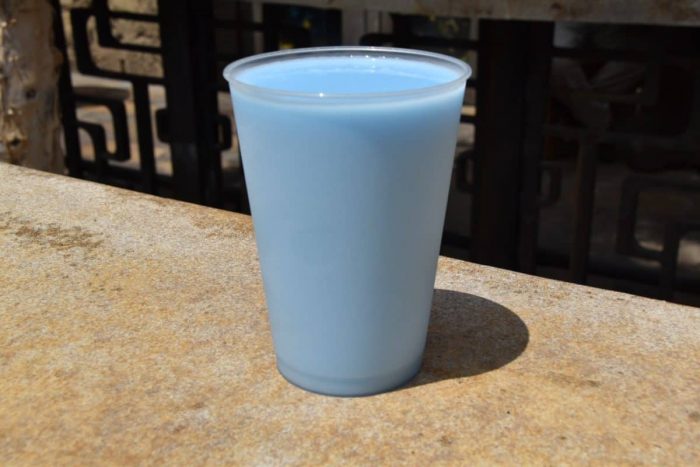 The Outpost Popcorn Mix from Kat Saka’s Kettle is absolutely delicious! While this colorful popcorn is supposedly made up of sweet and spicy flavors, some guests have found it to taste a lot like Kellogg’s Froot Loops cereal. If you’re craving popcorn on your next trip to Galaxy’s Edge, the Outpost Popcorn Mix is a must have! However, if you are still not convinced that it’s worth the purchase, Kat Saka’s Kettle luckily offers samples to guests. 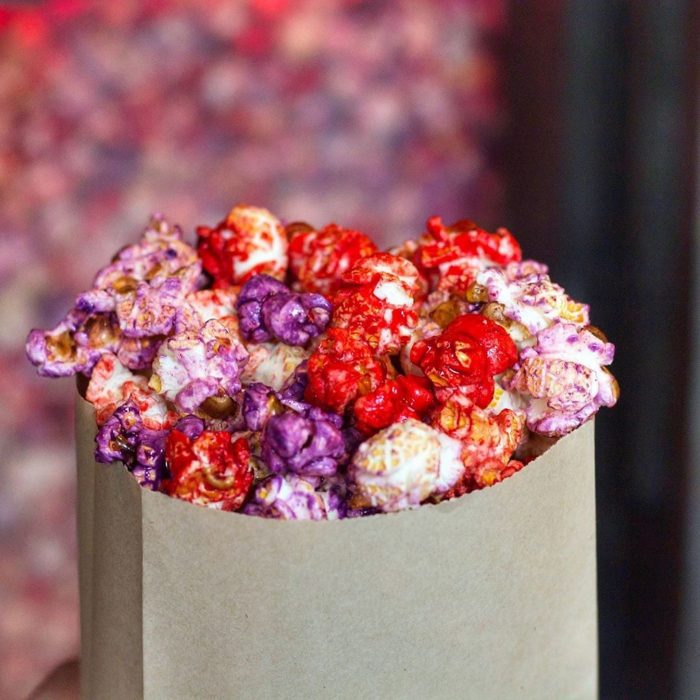 5. Star Wars: Rise of the Resistance

Last but not least, we are down to the face of Galaxy’s Edge. The reason people wake up at 5 a.m. to make it in time for the rope drop at Disney’s Hollywood Studios or Disneyland. The ride that guests are only allowed on with the famous boarding passes that sell out only minutes after the parks open. Star Wars: Rise of the Resistance is unlike any other attraction at Walt Disney World Resort and Disneyland Resort.

With this ride, there is no such thing as waiting in line. Right away the Resistance team show guests around their hideout in the forest outside Black Spire Outpost and recruit them on a secret mission to help them in their fight against the First Order. Guests receive a hologram call from Rey who is sending them to General Leia Organa’s secret base since the outpost on Batuu is no longer safe.

It is not long until the Resistance ship is captured by the First Order and is commanded to land in their Star Destroyer. Guests are immediately greeted by a whole army of Stormtroopers and are taken to be interrogated by various soldiers as well as Kylo Ren himself. Fortunately, the Resistance crew arrives just in time to bail out the hostages and help them successfully escape. 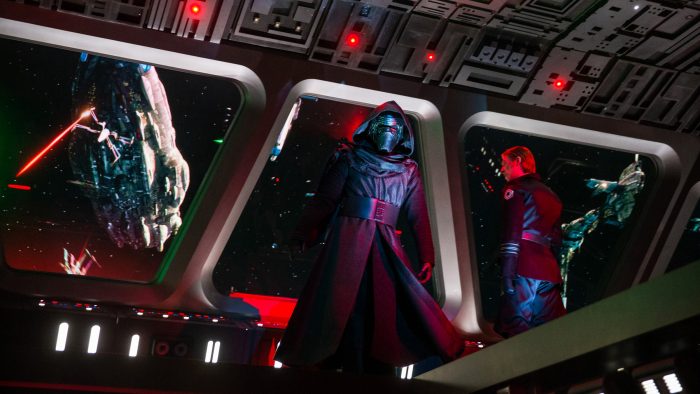 Guests ride in the First Order droids that have been reprogrammed by the Resistance to aid them in their breakout. After a thrilling, trackless adventure that involves an elevator shaft, a confrontation from Kylo Ren, and a free fall, everyone is brought back safely to the outpost on Batuu and wishing that they can do it all over again (guests are only permitted to ride Rise of the Resistance once per day due to the boarding pass system).

Sadly, Walt Disney World and Disneyland are closed indefinitely, but in the meantime, we at least have YouTube, Instagram, and TikTok to help us relive our favorite Galaxy’s Edge memories. Be patient, we will go back one day!

What do you love most about Galaxy’s Edge? Follow @capeandcastle to start a conversation. Be sure to also check out our site to stay up to date with all things Disney, Marvel, Star Wars, and so much more!