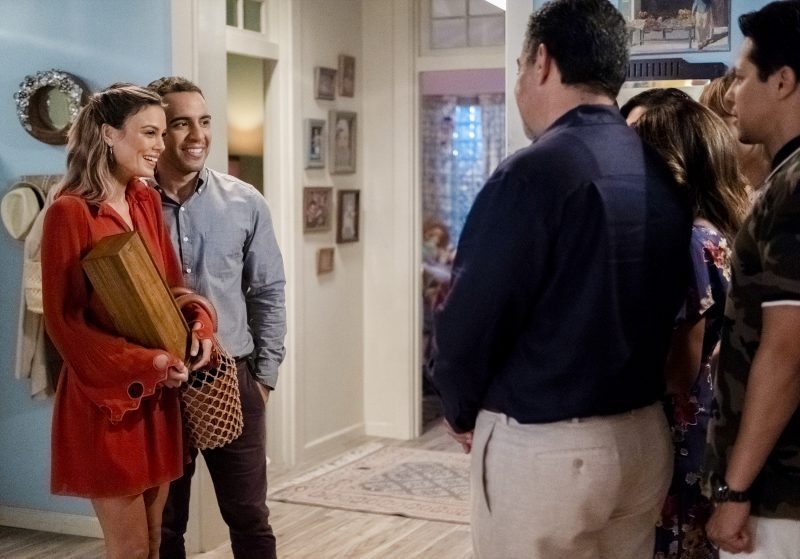 We knew this episode was going to be incredible and we were certainly not disappointed! Noa joined Daniel’s family for dinner and it was just as exciting and crazy as you would expect. Especially when Vanessa showed up. Secrets were revealed! Keep reading for The Baker and the Beauty 1×04 review to find out what happened in the latest episode and our thoughts!

We completely understood why Daniel’s family thought it was about time they met Noa. They’ve heard more about their relationship from the press than from Daniel. But we also knew things weren’t going to go smoothly. Especially since some of the family was ready to start planning the wedding! But if we’re being honest, we kind of are too. Daniel and Noa are just meant to be, plain and simple. Also, that meal looked absolutely amazing and this show just has to stop taunting us with all the amazing food they show us. Week after week, they just make us drool over the incredible looking meals and treats. 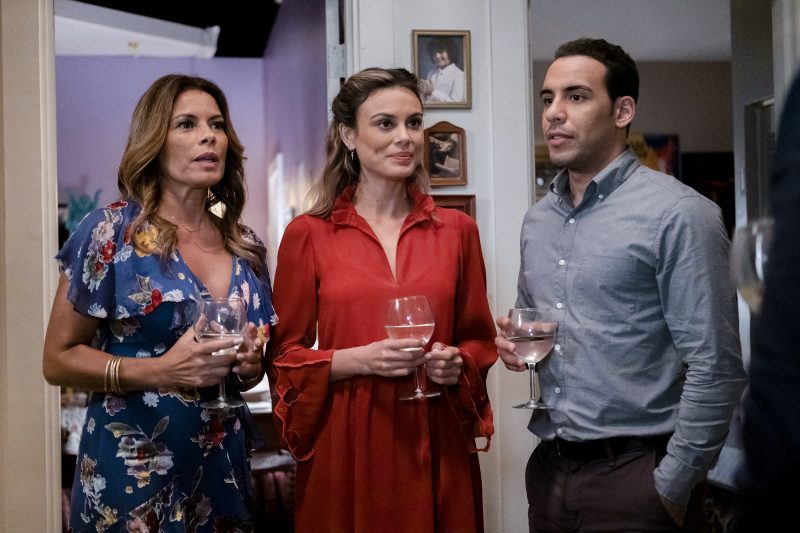 Sure, there was some faux pas along the way, but overall Daniel’s family handled meeting Noa pretty gracefully. Until Noa accidentally outed Natalie and Vanessa showed up. But even then, Rafael was the biggest holdout. He just wants what’s best for Daniel and he also clearly wants to make sure that Daniel is still going to take over the business. Right now, that seems to be what Daniel is planning on doing. But we hope that if he changes his mind and decides to pursue another passion, Rafael will support him. One thing was clear, Rafael certainly seemed to be won over by Noa. At least a little.

Watching Natalie with Amy is such a fun ride and while her family finding out about her feelings was not intentional, we were glad it was out. But we will admit we were nervous about how they would react. It definitely didn’t go down the way Natalie wanted and we can’t imagine how nervous and upset Natalie felt. We certainly didn’t expect that Rafael would be the more understanding one. But can we just take a moment to mention how absolutely adorable Amy is? There is so much chemistry between her and Natalie and we can’t wait to see where their relationship goes. And the way Amy supported Natalie? Be still our hearts!

We actually got a much closer look into Lewis and maybe a little about why he is the way he is. We can understand how daunting it can be to put yourself out there after having your heartbroken. But Lewis clearly needs some love in his life and we were really liking his date. He seemed to not pull any punches. Just like Lewis. There was some definite chemistry happening between them. Lewis is really beginning to grow on us. Sure, he totally gave away Noa’s location but it was an accident, at least. We are certainly not ready to say goodbye to him yet!

We can’t imagine the amount of pressure that Noa and Daniel are feeling. They are just trying to have a freaking relationship! The press in this show are complete vultures and it’s ridiculous. But we imagine it’s a pretty realistic representation of how things really are and it gets us really agitated. Some jerk in a restaurant overhears something he isn’t supposed to and decides to anonymously tip off a horde of reporters? For what? 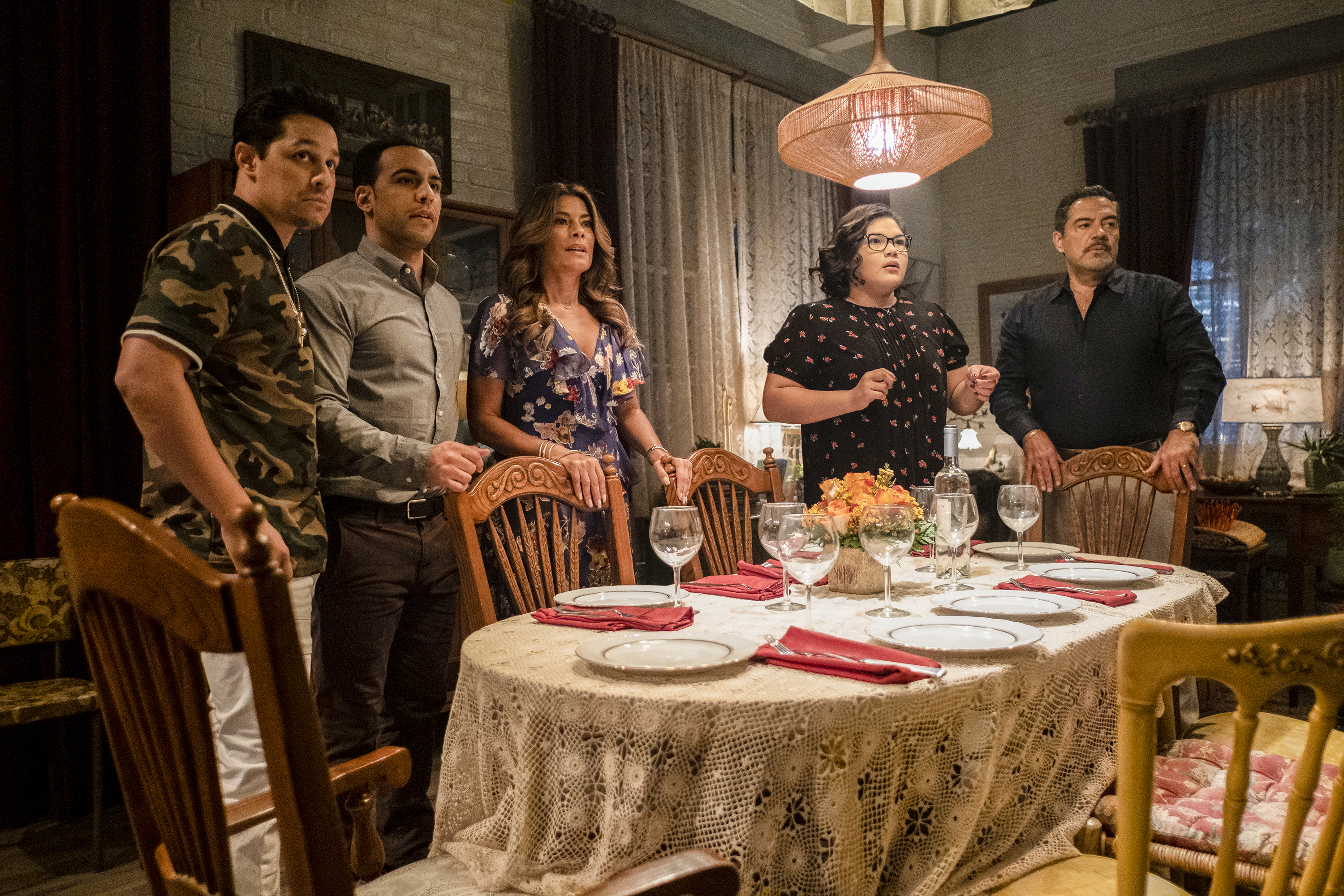 But as they seem to handle every obstacle thrown in their way, Noa and Daniel were able to handle things with grace. As much grace as they could given the circumstances of how dinner ended. They are open and honest with each other and we think that’s why this relationship is really going to make it. Noa knows all of the cons that come with dating someone who is in the spotlight and she has never hesitated to let Daniel know all of the bad things. But we don’t think she realizes that Daniel doesn’t care. He just wants to spend time with her and he doesn’t care who knows about it. Sure, it’s going to get difficult at times, but if anyone can push through it all, it’s these two.

More Trouble on the Way

Vanessa has been hanging around Mateo a lot and we are still so suspicious of it. Sure, she says she’s his manager, but why? It just seems strange that she wants to be around him all the time. Which makes us suspicious of her. So it was no surprise that she showed up uninvited. We aren’t sure what exactly she has up her sleeve, but we’re sure that it isn’t anything good. If Vanessa wants to be with Mateo, we could get on board with that. But if she’s using him for some scheme to break up Noa and Daniel, we are so not okay with that. We certainly weren’t impressed by the way she acted.

What did you think of the latest episode? How are you feeling about Vanessa and her actions? What do you think is going on with Lewis? Were you surprised by the way Mari and Rafael reacted to Natalie’s news? What do you think Natalie will do now? Find and follow us on Twitter @capeandcastle to join The Baker and the Beauty conversation and let us know your thoughts! If you are looking for more articles on all things Disney, Marvel, Star Wars, and more, be sure to check out our site!