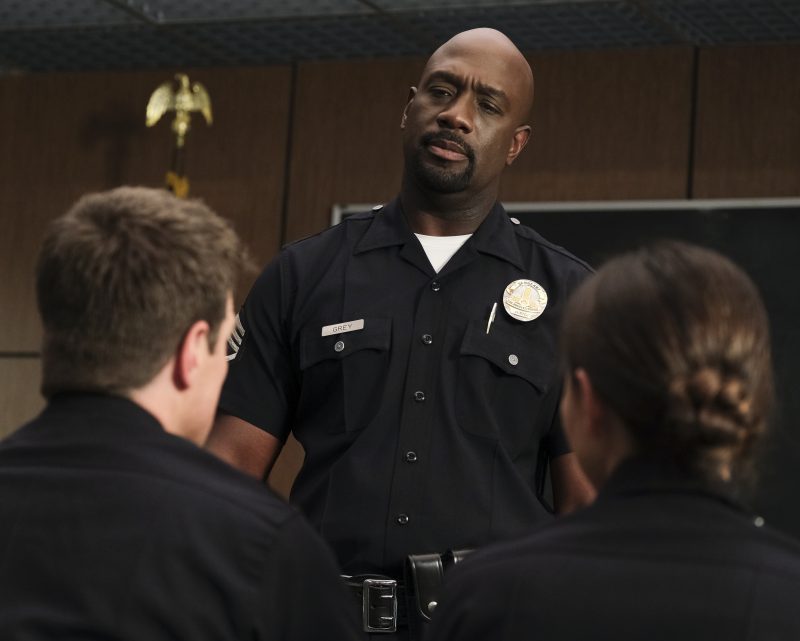 Things are winding down for the season and even though we were excited to see where this episode would take us, we are sad to see the season closing. Even though once it started, we once again got lost in the episode. The department has a leak and our team was on the case! Plus, John said the Q word. So we are definitely blaming him for all the chaos. Okay, we aren’t. But there was definitely craziness to spare. So keep reading for The Rookie 2×19 review!

Our rookies were coming to the end of the line with their training and we are so excited to see what happens next for them. It feels like they’ve been rookies forever! But as Grey said, they aren’t done yet and we’re sure their final stint of training is going to be as action-packed as ever. Especially since John said the dreaded “Q” word. Dammit, John! Then he lost the gun they had as evidence?! What the hell was happening?! 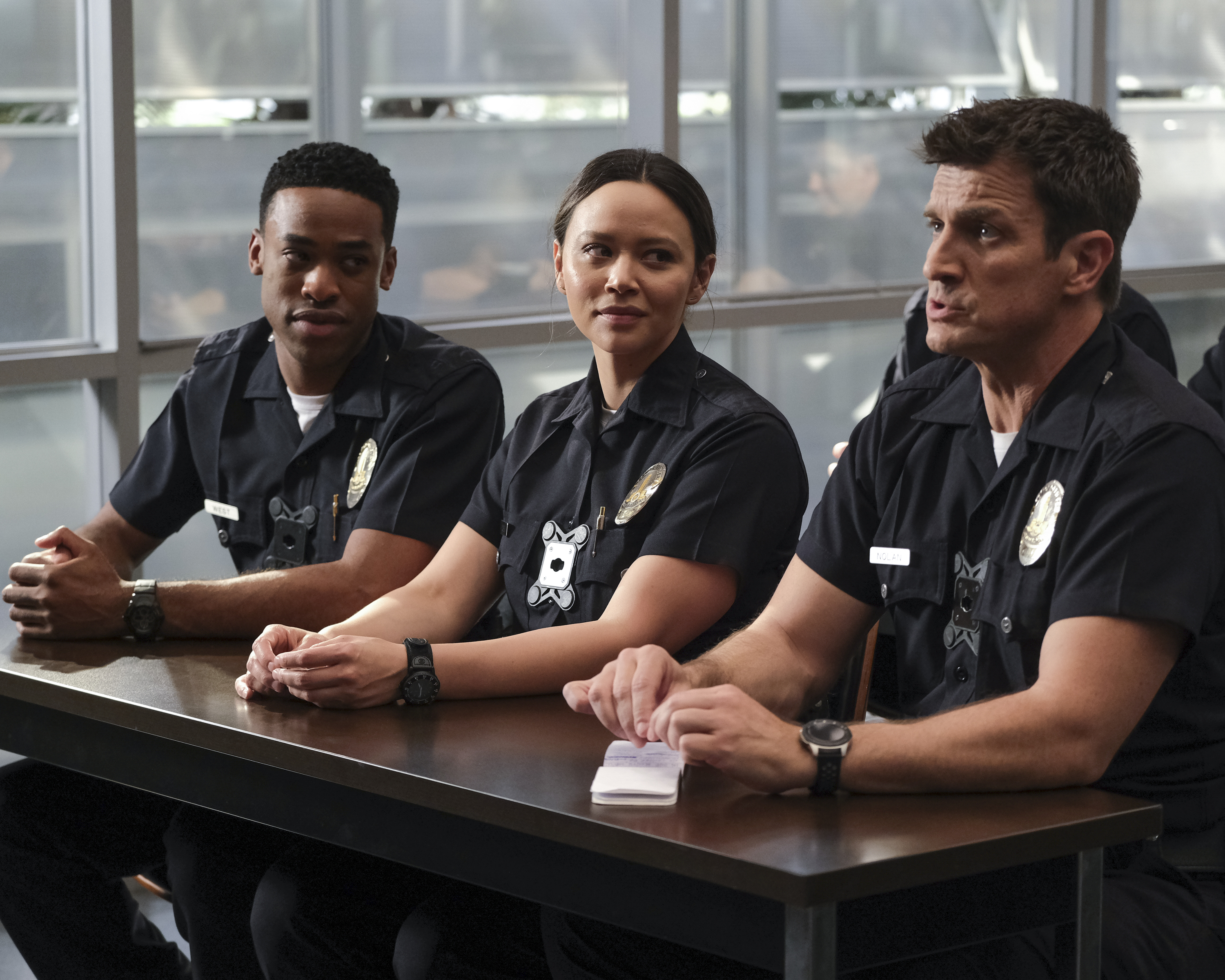 We had a feeling that Chris’s girlfriend might be the mole. She was acting a little off from the beginning of the episode. Then she just happened to be the last one to speak to John before he “lost” the gun they had as evidence? Yeah, we didn’t think so. Plus, she certainly wasn’t acting very upset for a rookie cop whose boyfriend had just been shot. The rest of the force was more upset about it than she was. Luckily, Angela is a complete pro and she figured it out in a hot minute.

Changes in the Air

Not only are the rookies finishing their year of training, but there are changes in their personal lives as well. Lucy is embarking on a new relationship and while we like Emmett just fine, it’s not the ship we are rooting for. Then we have things between Grace and John. She is giving her ex another chance for their child, even though we know it isn’t going to end well. And she and John clearly love each other. So we hope they can figure things out between them. Jackson has come a long way and not only grown as an officer, but in general as well.

But our rookies aren’t the only ones who have grown. Harper has opened up a bit more and lets others closer to her, and so have Angela and Tim. But there are also some changes that we are worried about. We don’t want to see Tim go anywhere. While we are fairly confident he’s going to stay in LA, part of us is a little worried. What if he does decide to leave? Then we have Angela. No one deserves a promotion more than her. But we hope that if she does get a promotion, we still see her just as much.

Chris definitely made a mistake, but we love the way all the others rallied and were out to get him justice. We were sad that he didn’t make it, even though we knew that’s how things were going to go down. But we really lost the hold we had on our tempers when Tim and Lucy discovered that there was a mole in the department. It’s bad enough that they have to deal with the criminals they do on a daily basis. But to also have to be worried that someone who is supposed to be on their side is giving information to them? Yikes. So not okay. 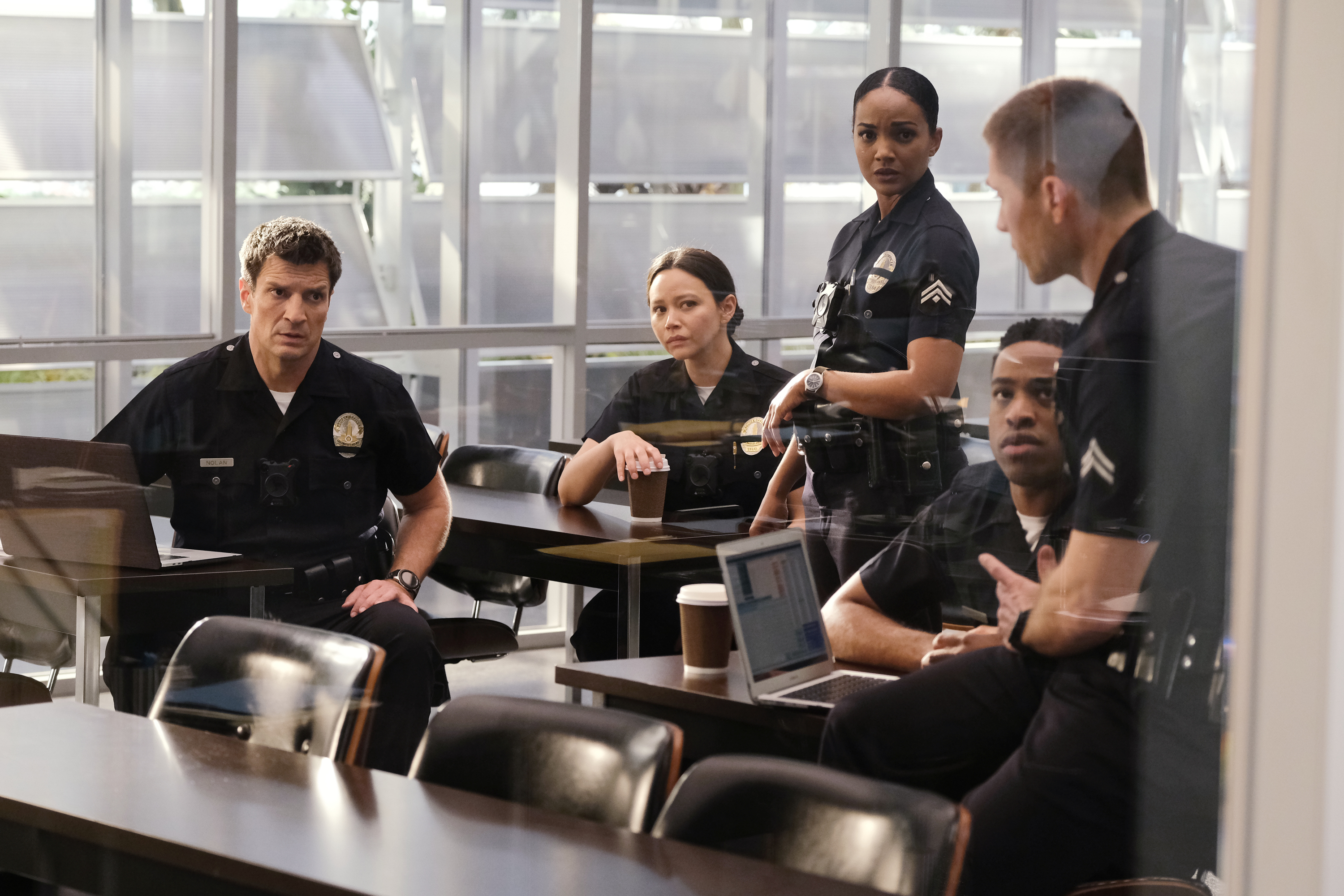 But it was amazing to see Angela take the lead on things. She is such a badass. Not only did she handle the entire case with grace and intelligence, but she made it clear she wasn’t going to stop until she figured it all out. And that she did. It didn’t take her long at all to realize that Cole’s camera just so happened to be turned off during a crucial moment. While she acknowledged to Grey that it could have been a rookie mistake, she also let her intuition lead her to believe otherwise. An intuition that clearly paid off when they found the evidence that Cole was indeed the mole in the department. But she wasn’t the only one.

We hate that we were left so suspicious, we just knew that a rookie would never be able to pull off everything alone. It kind of sucked that Cole ended up dead and so did Chris. It certainly isn’t the way we wanted to see things go down. But it also just leaves us wondering how and why? The answer of it being Armstrong is not the answer we wanted. At all. We were also still left with why.

What did you think of the latest episode? Will John be able to prove Armstrong is behind everything? Will they be able to take him down? How do you think all of our rookies will do with their final evaluations?  Find and follow us on Twitter @capeandcastle to join The Rookie conversation and let us know your thoughts on the episode! Also check out our site for more articles on all things Disney, Marvel, Star Wars, and more!