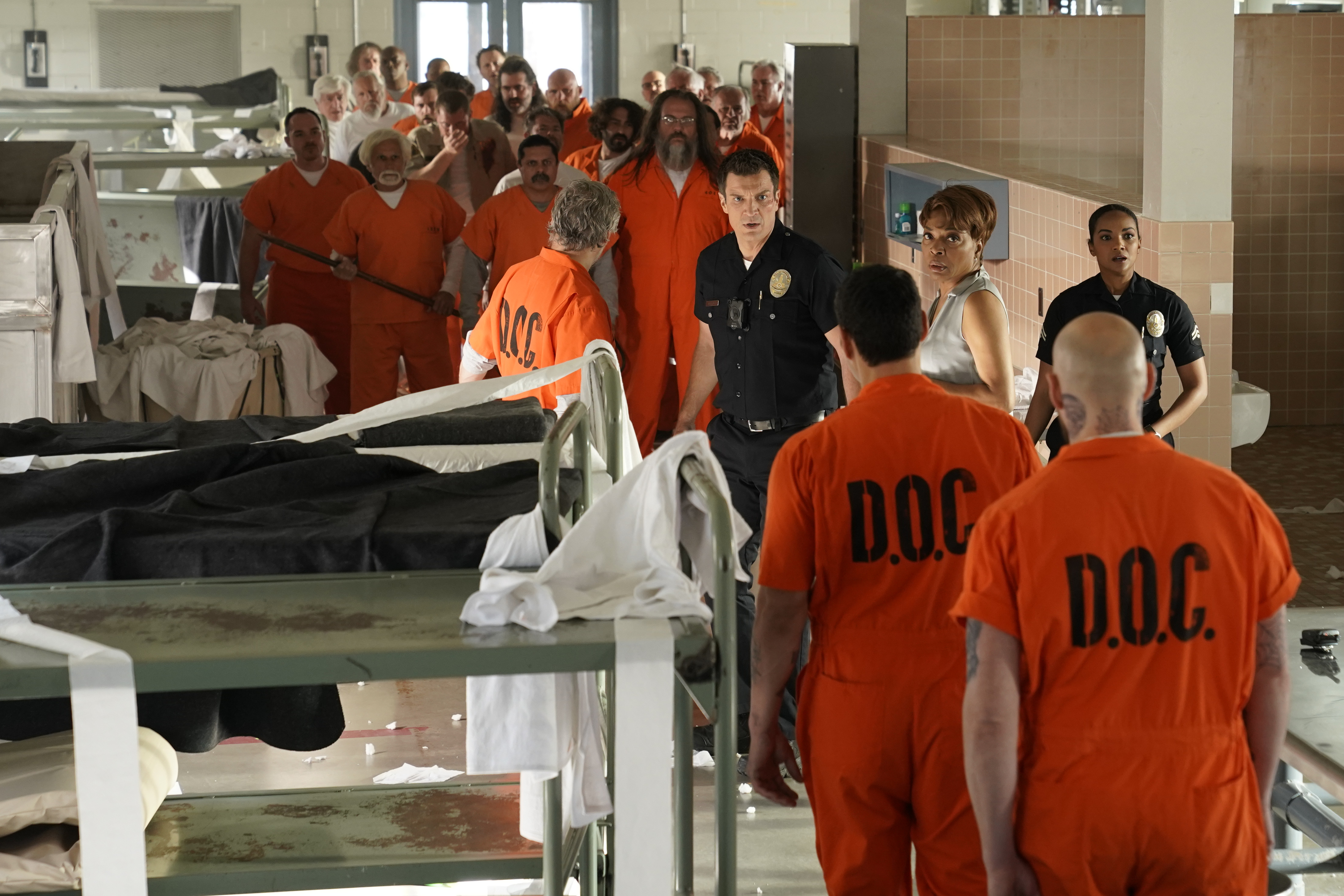 There were some changes happening in this episode! Along with a crazy adventure with Nolan and Harper! Plus, it looks like Rachel may be leaving and we promise that we were doing our best to not be excited about it. Our rookies aren’t going to be rookies much longer. That means that Bradford won’t be Lucy’s TO anymore. You know what we’re getting at! Anyway, keep reading for The Rookie 2×18 review!

From the moment John and Angela were assigned to transport the juveniles, we knew it was going to be trouble. Because it’s John, juveniles, and John. We love the man, but he is able to find trouble even when it doesn’t seem like there is any. And this was a situation that involved trouble at every corner. But that doesn’t mean John didn’t make some pretty great decisions. Leaving any of the juveniles for even a moment alone in the van was a terrible idea. But getting Hector’s older brother to be the one to tell him how bad prison is? Excellent idea. 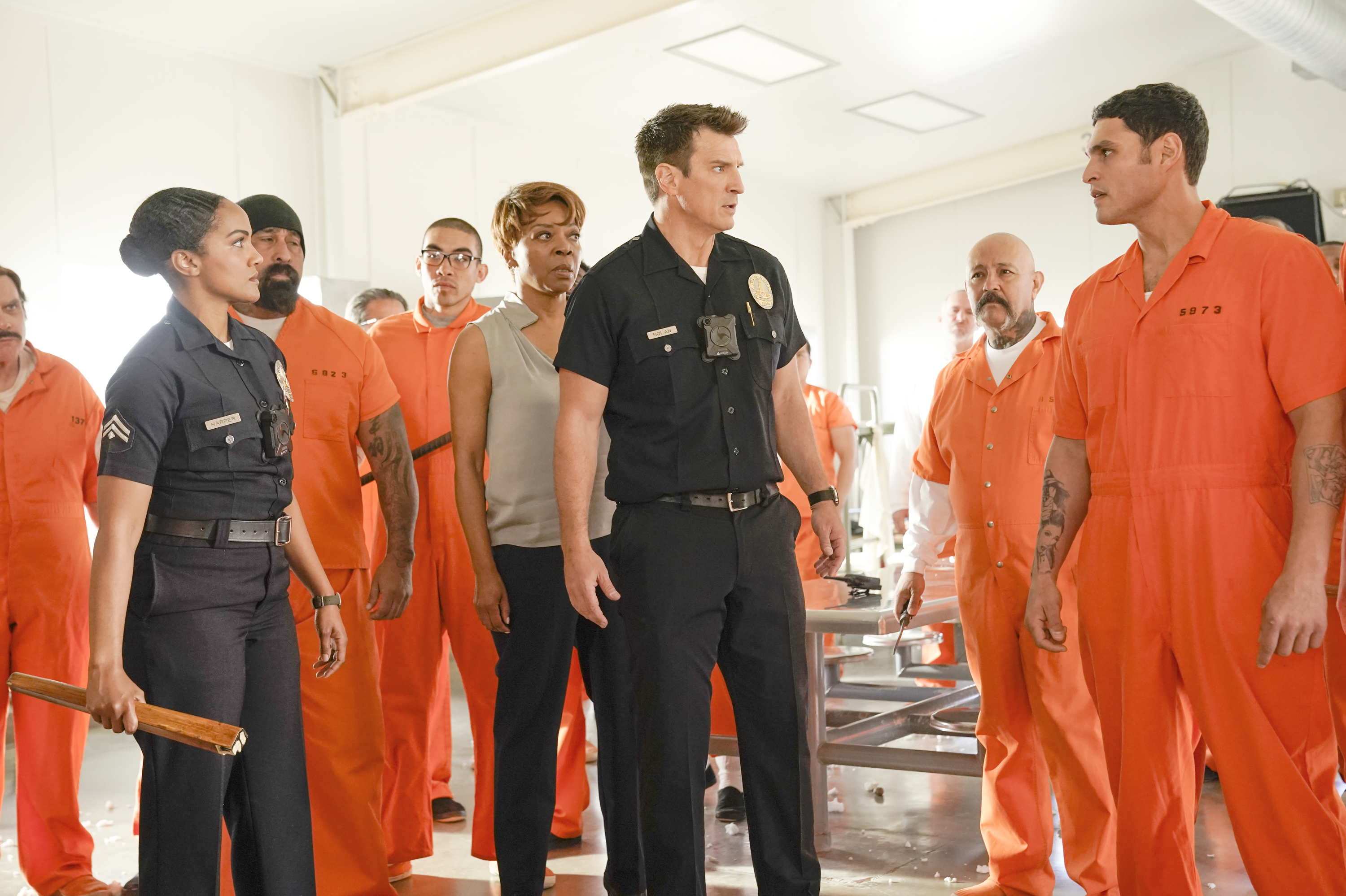 Unfortunately, we barely got done congratulating John in our heads that a freaking prison riot broke out. Seriously? Bad luck literally seems to follow John around. We get that he’s a cop and it’s all a part of his job, but damn. That man cannot seem to catch a break. Luckily, he and Nyla just keep getting better and better at being partners and handle all the situations that come at them! And we never stop being impressed by them.

Listen, we know it’s terrible to root against Tim’s happiness. But we promise that’s all we want for him. And Rachel getting her dream job and getting ready to move across the country shows that she isn’t the one. We don’t see Tim moving to New York, or anywhere, anytime soon. And if he does go, we swear we’re going to riot. We do not want to lose Tim. So we say he can’t go.

Lucy had an excellent point when she said that Tim was all LA, born and bred. He truly loves the city and while New York would certainly keep him busy, it definitely wouldn’t be the same. Plus, how terrible would it be for Tim to have to basically start his career over? He has worked way too hard to go all the way back to the beginning. Honestly, it would be kind of silly to see Tim agree to go to New York. He was offered a promotion that required him to move to another department in LA and he wouldn’t do it. So we don’t see him starting over for a relationship that he hasn’t even been in that long. Sorry, not sorry. We wish you all the best, Rachel. And we hope you are very happy in your dream job, but please leave our Tim where he belongs. That’s here.

This program certainly has us feeling scared. Oscar was terrifying us and we don’t know how those kids weren’t trembling from the moment that crazy cakes opened his mouth. The thing is, he wasn’t even purposely trying to scare them, he was just being honest. John was absolutely correct when he said that Oscar lacked impulse control. But we do have to admit that the interaction Oscar had with John and Nyla about how he got tired and that’s why he wasn’t participating in the riot anymore. And at least he did one good thing by helping John and Nyla save the warden. That counts for something. Not a lot, but something. 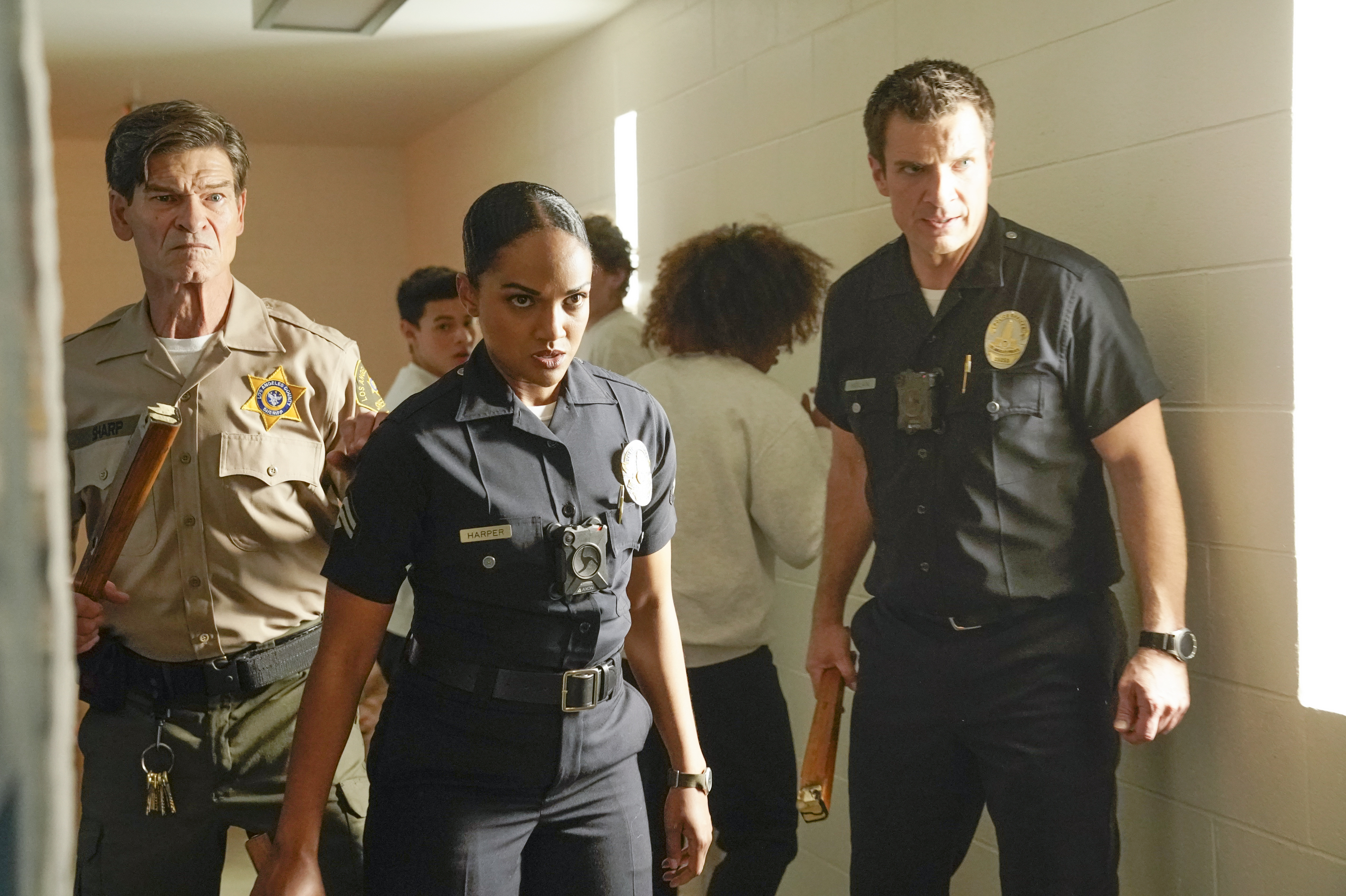 We were pretty nervous to see a prison riot break out, we won’t lie. And while we know that Nyla and John are amazing partners and handle all the shit thrown at them, we were still worried. But we shouldn’t have been. The expressions on John’s and Nyla’s faces were enough to reassure us that they weren’t going to go down in this prison. And watching the two of them handle the situation had us nothing but impressed. Because what a situation it was. Things were literally on fire. All over.

Anyone who thinks to target Angela for anything must be missing a few brain cells. Coming after her for anything is a mistake. And so is underestimating her. We absolutely agreed with Angela’s idea of showing that dude that she was a good cop. She isn’t going to change for anyone or kiss ass. Lopez is going to be herself and prove that she is a hell of a lot more than just good at her job. She’s one of the best. And we certainly don’t consider that to be problematic. Angela actually seemed to take the opportunity to be even more of a badass than usual! Which made it that much more hilarious that the guy got the wrong Angela Lopez!

What did you think of this episode? How do you think Nyla and John did with the situation they were faced with? What did you think about how Angela handled being observed? Find and follow us on Twitter @capeandcastle to join The Rookie conversation and let us know your thoughts! Be sure to also check out our site for more articles on all things Disney, Marvel, Star Wars, and more!