Welcome my children. As a self-proclaimed old hag surrounded by so many beautiful princesses, I am the one who will introduce you to the dark side of Cape and Castle, with this, my Quarantine Watchlist. I am the villain you hate to love.

Just kidding… or am I?

Actually, I am just someone who really enjoys the other side of a story that is not wrapped around good behavior and the same old hero complex that is often found in most adventures. I enjoy antiheroes so much more than superheroes. I look for this in a lot of storytelling which is probably why I am not much of a shipper. Oops.

But fear not my sweet little romantics, I will let you know the shipping potential for these shows!

So grab an apple, grew them myself, and check out my Quarantine Watchlist.

I knew of this show since it first aired but always forgot to watch. Now 6 seasons later I am finally getting the chance (all thanks to this quarantine) and I have to say… I am hooked! The writing for one is fantastic, and since I stick with shows where the writing is amazing you know I am here for the long haul.

I love action, and this show provides so much more action than I could have hoped for. It’s a look into the lives of Vikings, a deep dive in the way they set out to conquer lands all the while fighting their own battles at home. The thing that I have enjoyed is they do not sugarcoat the kind of people they were because they were savage and they did rape and pillage leaving behind the carnage of their bloodlust. I would definitely advise caution in watching this show because it is gory and it does show a lot of violence. However, if you are like me and enjoy action and adventure and history (even if not always factual), then you will enjoy this voyage on some truly amazing ships and with some very interesting people.

Shipper potential: Moderate to high (depending on who becomes your fave)

Now, this show has won a forever and faithful fan in me. I started watching this because I love Cillian Murphy and was really interested in him in a series and stayed because again the writing is fantastic. This show takes place post-WWI when Birmingham, England was home to a fearsome Shelby crime family known as Peaky Blinders. Yes, they did exist. In fact, creator Steven Knight’s uncle was a part of the gang, and Knight’s mother was a bookies runner as a young girl. Though the family is not directly linked to his family, Sheldon, the Shelby family have a definite parallel to the stories he heard as a child.

The show takes place in 1920s Birmingham, where the Shelbys ruled the streets. In the show, the story of their infamous flat caps having razor blades sewn into the brim is not true to history since razor blades were said to be a luxury item back then but it makes for an incredibly “cool” way to fight rivals! Tommy Shelby is the lead character in the ensemble cast, and he is the leader working to create more wealth than his family has ever seen and gain more power than he could ever know. Along the way, we meet incredible characters and get to fall down a rabbit hole of complicated relationships. The icing on the cake here is the way Tommy Shelby strategizes every little detail of every little action he takes. It’s brilliant!

Each season is 8 episodes long, but it’s so perfectly fast-paced that at the end of each season you feel like you got an entire 23 episode run. Don’t miss out this quarantine (or ever).

Okay call me silly but I never knew of Canada’s history with the Italian mafia or mafia in general! I had this show in my queue for a few weeks before I finally dug into it this quarantine and wow! I couldn’t stop watching it. Kim Coates is a favorite of mine, his dynamic with his castmates in past shows never disappoints and this show is no different. I love all things concerning organized crime and mafia-related, can’t you tell?

Bad Blood is based on the 2015 book Business or Blood: Mafia Boss Vito Rizzuto’s Last War by Antonio Nicaso and Peter Edwards. It takes place in the early 2000s in Montreal where Vito Rizzuto is working to bring peace to organized crime, but like with any good mafia story, it all gets destroyed by the actions of one or a few. You get to follow along with Vito Rizzuto’s right hand as he is ultimately the storyteller of this show as navigates this crime family and the criminal world of Montreal, Quebec. Head on over to Netflix this quarantine to learn a little more about this history of organized crime in Canada.

If you haven’t heard of Sons of Anarchy at the very least then I do not know where you have been, so allow me to welcome you to The Reaper. Throw on a leather jacket or comfy jammies sometime during this quarantine period and dive into a world of chaos, intrigue, mystery, suspense, and some pretty hardcore action.

SOA, as it is lovingly called by us fans, features an ensemble cast lead by the infamous Charlie Hunnam, Ron Perlman, Katey Sagal, Kim Coates, and created by my favorite writer Kurt Sutter. Sons of Anarchy is so much more than a Motorcycle gang… I mean “club”. (If you know, you know friends.) They are a band of brothers who claim the title of outlaw and deal in some not so good things, but despite the criminal activity you cannot help but love these wild, untamed, bearded ruffians. You get to follow along with 7 seasons to find that Jax Teller in a Hamlet-esque story of a young man learning to become a man of his own choosing and find a lot of obstacles along the way.

It’s easy to fall in love with the stories told and to get invested in the lives of many of the characters. You can go for a joyride this quarantine with the Sons on Hulu and check out all 91 episodes.

In Sons of Anarchy, you’re introduced to one rival club called the Mayans MC ran by Marcus Alvarez played by the amazing Emilio Rivera. As a long time fan of Rivera’s, I was ecstatic to discover that Kurt Sutter decided to create a spin-off show from SOA. As a Mexicana, I squeal in excitement whenever my cultura is truly represented. Not the white-washed version we see all too often on tv, but a true gritty story about how our people fight for survival in the 21st century. Now you may be thinking, “calm down there”, but until you know what it’s like to see your face and skin color erased it will be difficult to understand where many of us come from. Mayans MC maybe about organized crime but the lives of the men involved are stories many live in real life.

Mayans MC introduces to Ezekiel “EZ” Reyes and his brother Angel Reyes. This story does not follow the same arcs as SOA, it’s an entirely new story with a whole new set of problems when living the life of an outlaw. What we also get is how immigration plays a huge role in the lives of these men when it comes to money, loyalty, and love. We are once again following along with an ensemble cast that gives us a character we can really sink our nails into and invest a lot of time in learning more about who they are. One of my absolute favorite parts of the writing in this show is the strong women. In our cultura, the women take no shit and they can dish it out like the best of them. You are introduced to Adelita, leader of the rebel group fighting the Galindo Drug Cartel to take back their home. And then there is Emily Thomas Galindo, former girlfriend of EZ, Queen of the Galindo Drug Cartel. Two men, two women, whatever will happen?

Mayans MC is about to enter into their Junior year on FX with executive producer Elgin James at the helm who has taken over for his long time friend Kurt Sutter. Elgin James did a superb job last season and I cannot wait to see more from him. You can catch up this quarantine with seasons 1 and 2 on Hulu now.

If you enjoy Australian dark comedy then you will love this show. Scott Ryan’s dry humor is genius, his delivery is so spot-on and often leaves me crying from laughing so hard. I was instantly a fan after the first episode aired and I stuck around for two seasons and look forward to so many more. It’s quirky and dark and provides a lot of fun moments where you wonder how he doesn’t just kill everyone he doesn’t love.

Scott Ryan reprises his role as Ray Shoesmith from his movie The Magician about a hit-man who tries to navigate the dark cutthroat world with family, friends, and love. Ray is head of security of a strip club because all hitmen need to look legit, but while there he conducts business where he is often paid large sums to take out whoever the “benefactor” wants to be eliminated. Ray easily allows things to slide off his shoulders, being a dad you kind of have to start learning to be more chill. Not only that but can he find love again? Hard to say when he has to live two lives. We are introduced to a colorful and equally dynamic supporting cast. Mr. Inbetween is two seasons with just 17 episodes so it makes for a quick watch on Hulu. 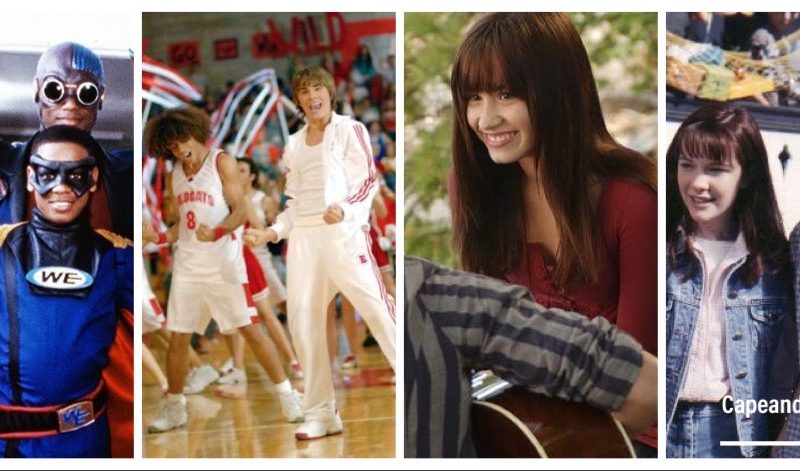 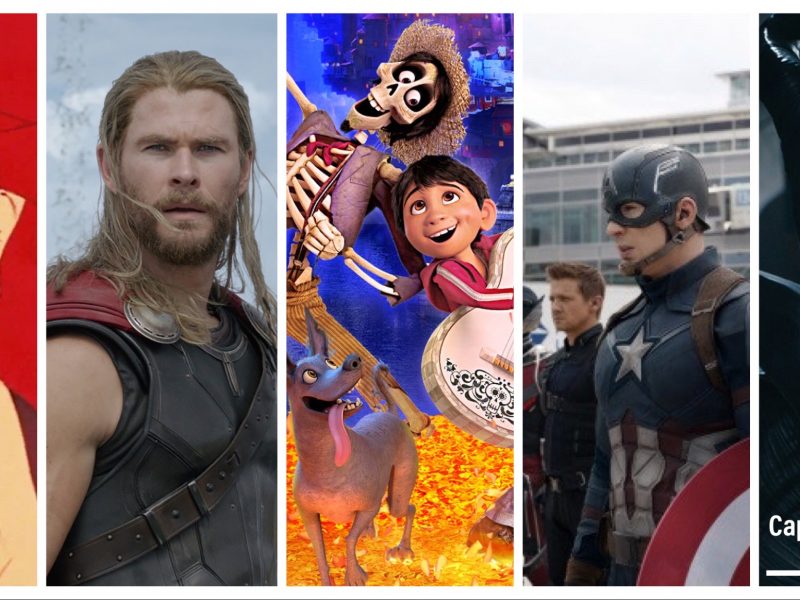 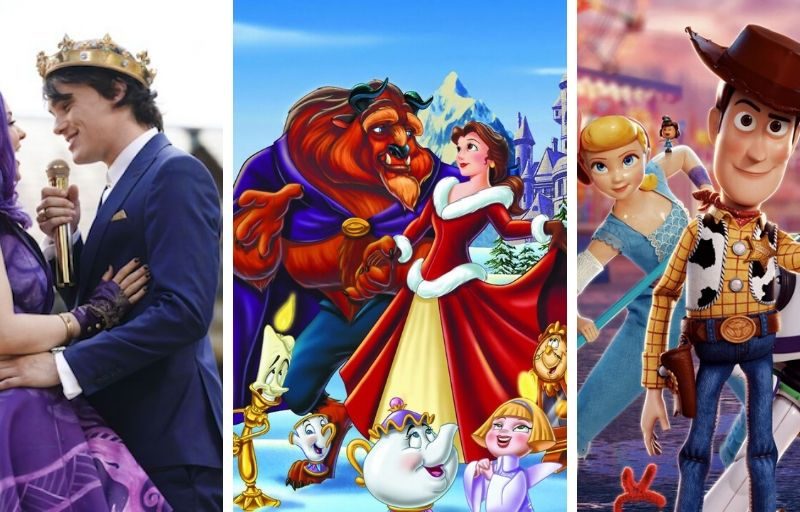 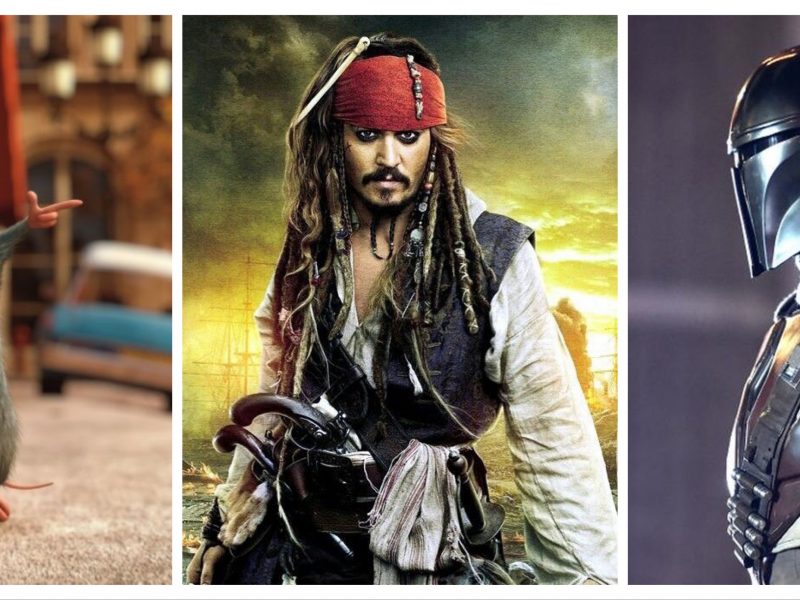