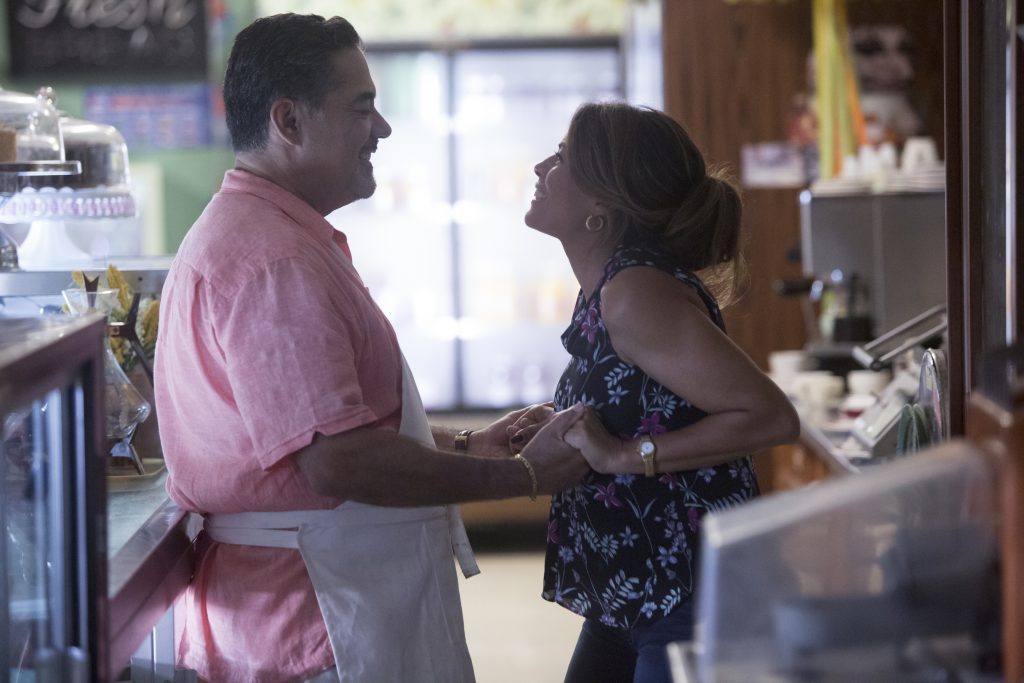 We know we haven’t hit peak cuteness from Noa and Daniel, but the two of them together on the beach were pretty freaking cute. Everything about this show is so heartwarming. Every moment makes us love it more and more! So keep reading for The Baker and the Beauty 1×02 review!

Which One is Trouble

Rafael called Noa trouble, but we think that Vanessa is going to cause more trouble than anyone. She isn’t going to give up on Daniel. Even though we think she should. Vanessa made it clear more than once that she and Daniel had been together for years and she wanted a proposal from him. She wanted a more serious commitment. And we don’t blame her for that. But you can’t force someone to feel a certain way about you. Even if you love them with all your heart. If Daniel wasn’t ready to marry her before meeting Noa, we truly don’t think he’s going to be ready after meeting her. 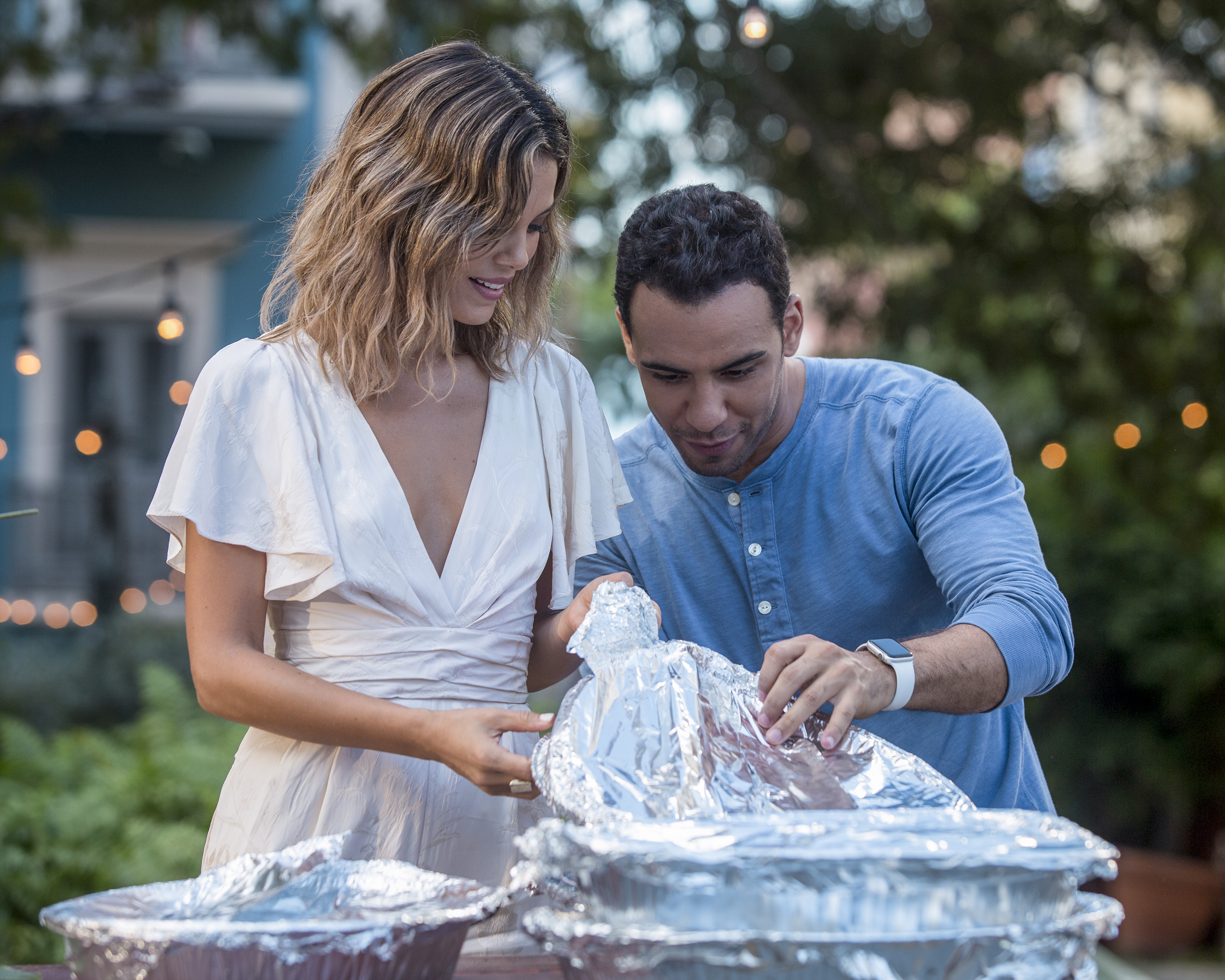 But we do have to agree with Rafael just a little bit. Noa is certainly going to stir up trouble for Daniel. We just happen to think it’s the best kind of trouble. These two have chemistry through the roof. If Daniel is looking for a relationship like his parents, which he should be, we certainly think he has a good chance of getting it with Noa. Just seeing the looks these two give each other has our hearts fluttering. The definition of heart eyes, that’s for sure.

There is so much magic that goes into the bakery, we don’t even know where to begin. Every single thing that comes out of this bakery is full of so much love. And while Noa spending time with Daniel is helping to put it on the map, we think the bakery would have made a name for itself. Just the looks of the pastries and other things they make have us drooling. But it’s more than just the baking and the love that goes into every tasty treat. It’s the family behind the bakery and their relationships with one another. While we were worried when the oven exploded,

Every moment that gives us a deeper look into the marriage between Mari and Rafael makes us so happy. Their relationship is so beautiful and we already know that we will never stop talking about it. But it’s also more than that. It’s the relationships they have with their kids and the relationships that these siblings have with one another. It’s rare that we truly care as deeply about any couple outside of the main one in a show. But we are just as invested in Mari and Rafael as we are in Noa and Daniel.

Not Quite On Board

Listen, we like Vanessa as a person. We do. But she needs to value herself a little more. Sure, any woman is going to want to fight for her man. But there also comes a time when you have to be real with yourself. Is Vanessa going to try to change who she is to get Daniel to come back to her? And then what? Propose to him again so he can say no? She can’t force him to want to marry her. Why would she even want to? Daniel has made his choice. We have a lot of questions about Vanessa and she has a lot of obstacles in front of her. But we don’t think lingerie is going to fix any of them. 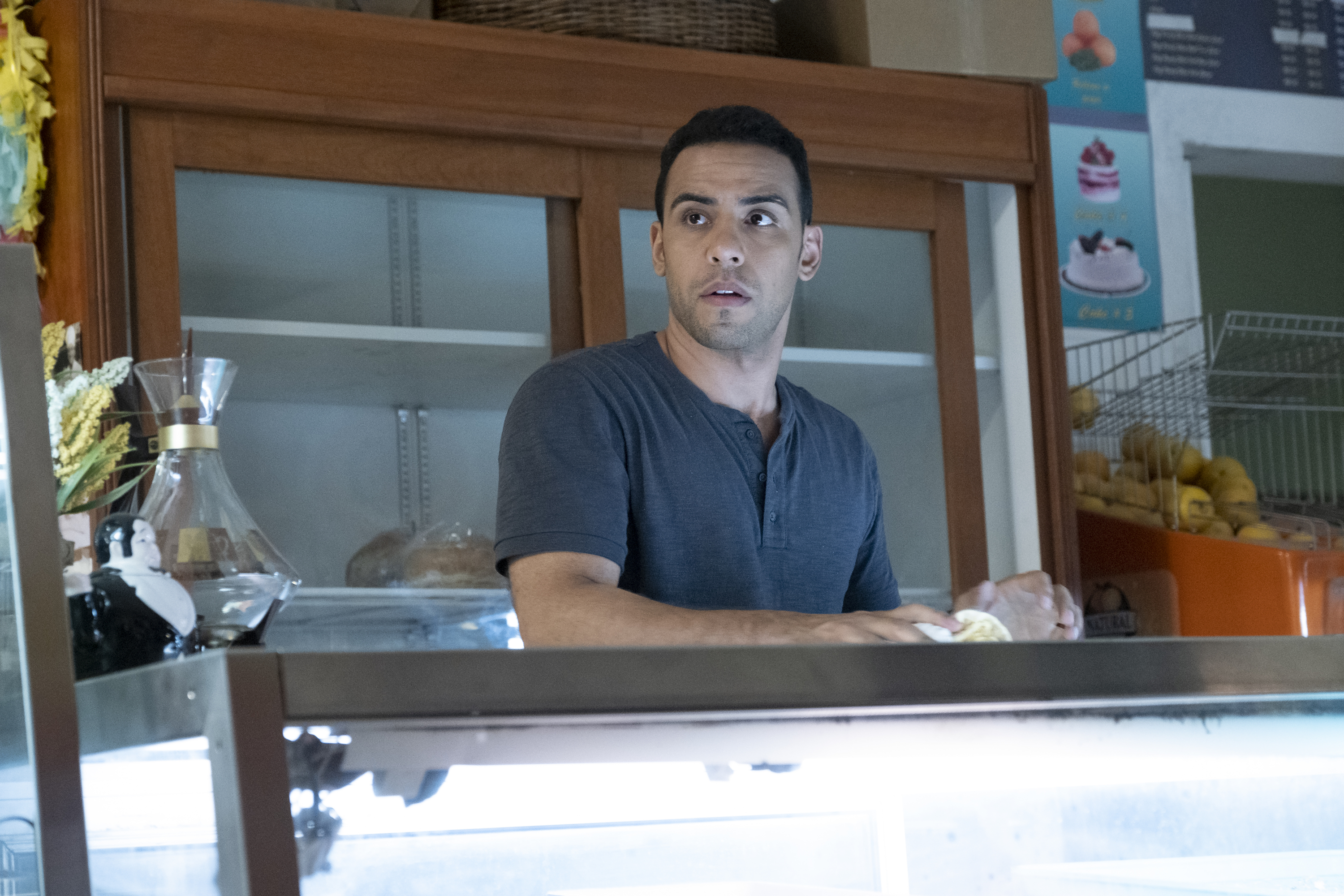 We can completely understand Lewis being protective of Noa. Hell, we can even find it endearing. And as we learn more about Noa, like her mother’s struggles, we understand even more why Lewis would want to protect Noa. But we don’t get how he could think that he needs to protect her from Daniel. Noa certainly isn’t a child and she is more than capable of making her own decisions. So, the way he is acting toward Daniel isn’t something we can get on board with. But at least we have the incredible support of Piper to make up for Lewis’ hostility!

While we didn’t get a ton, we still loved that we got to see a bit more about Natalie. Was it just us or were there some serious sparks flying between her and the cutie she met while waiting for Mateo? But there is a disconnect between how she is feeling and her family. Natalie doesn’t feel comfortable opening up to them about everything right now. And that’s okay and understandable. But we think they would be the last ones to judge her for anything she has to tell them. We just hope we get more of Natalie soon!

What do you think of the reasons behind Noa hating her birthday? Did you agree with Vanessa’s plan to try and get Daniel back? Or do you think she needs to just let him go? Are Daniel and Noa giving you all the feels like they are us? What do you think about the way Lewis is treating Daniel? Will Noa and Daniel find a way to make room in their lives for each other? Find and follow us on Twitter @capeandcastle to let us know your thoughts! Be sure to also check out our site for more articles on all things Disney, Marvel, Star Wars and more!