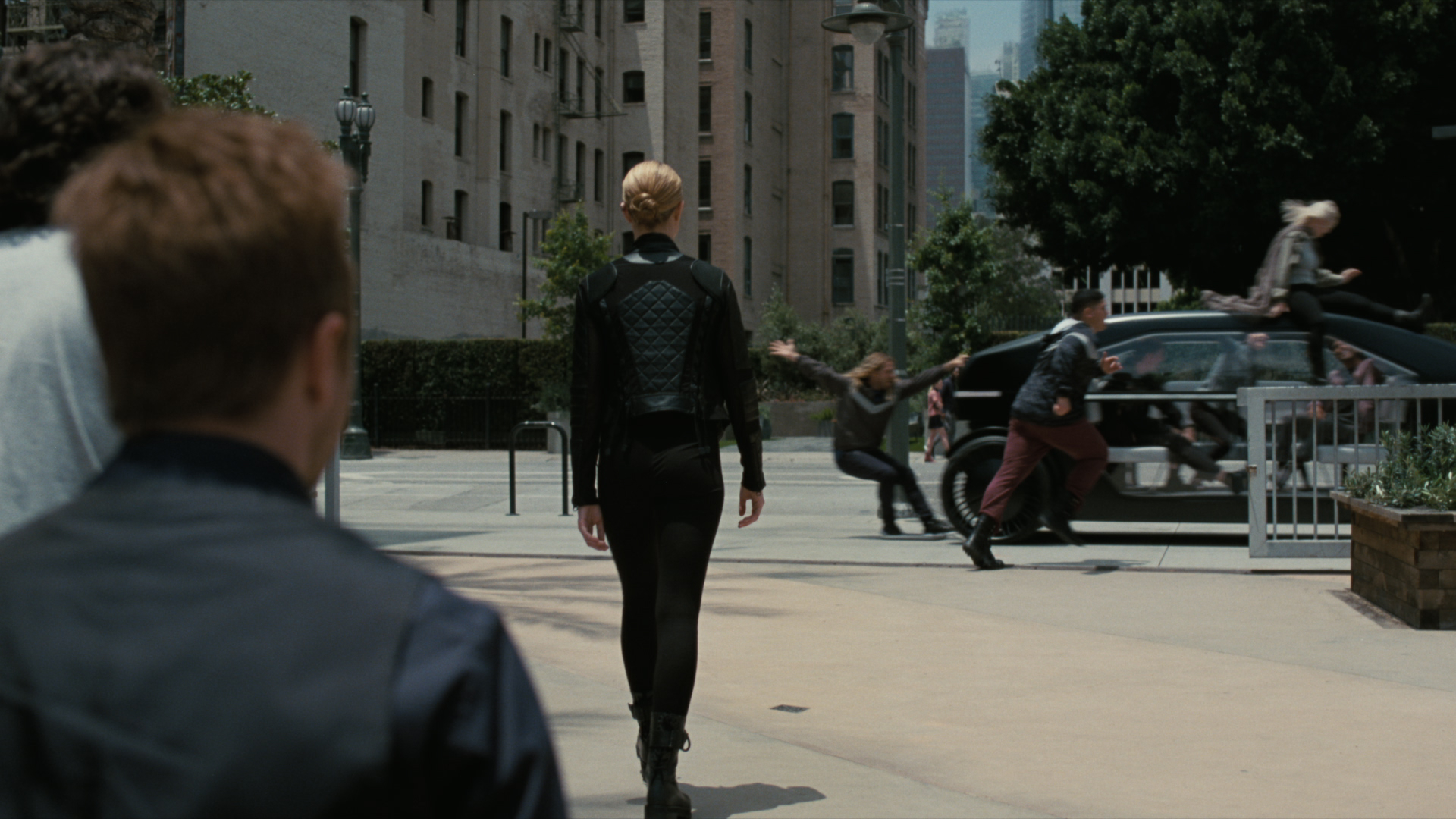 We are coming to the end of the season so quickly! There are only two episodes left after this one! While we are so excited to see how everything comes to a head, we also hate to see the season come to a close. But this episode helped to ease our anxiety with how exciting it was! So keep reading for our Westworld 3×06 review!

Okay, we really thought that Charlotte was going to end up the most powerful player on the board. She seemed to have all the other characters trusting her, which meant she could pretty much make any move and potentially come out on top. But then Serac called her out for being the host, for being Dolores. And we would like to say we weren’t shocked, but we did not see that one coming. Not even close. Then when Charlotte made the move to take Serac down, we thought things might really be coming to a head. Unfortunately, that was just a hologram of him. It didn’t mean Charlotte had an easy path ahead of her. She had to fight her hardest to get out of the building alive. Which, of course, she did. 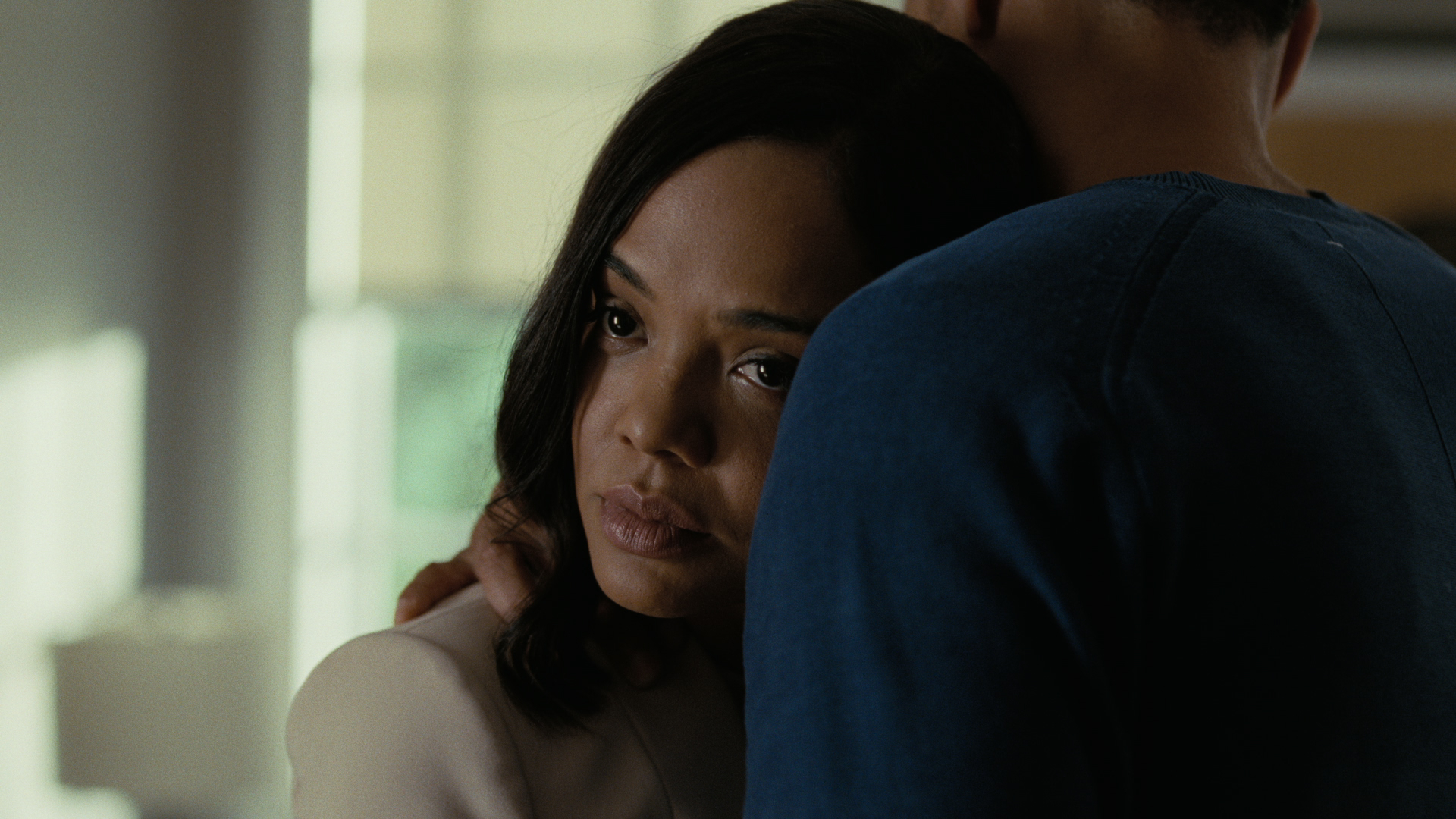 We absolutely cannot blame Jake for looking at his profile. We can sit here all day long and say we wouldn’t look at our future if it was an option. But when you have the data sitting right there in front of you. When it’s there for the taking, we can imagine the temptation would be overpowering. So we were kind of on his side here. Plus, he handled it really well when Charlotte showed up with multiple gunshot wounds and just went with it. Not for long of course, since he got blown up…

Oh, William. You’re always such a jerk. Westworld, the past, the future. The time and place don’t seem to matter. We just always seem to find ourselves shaking our heads at the nonsense that comes out of his mouth. William has been through it, we will give him that. But it’s in no way an excuse for how we’ve seen him act over the last three seasons of this show. Though we aren’t sure how he ties into everything else going on in this world. So however that’s going to happen, it’s going to have to be soon with everything coming to a close.

But we do have to admit that we were maybe, slightly enjoying the torture he was being put through. It felt bittersweet after everything he’s done to all the other characters he’s come into contact with. Though we do have to admit that it makes us worried about what will happen next. Because we all know that William isn’t going to take abuse like that without fighting back. He certainly isn’t going to forget who was responsible for it and let it go. One thing we thoroughly enjoyed was William having an entire group therapy session with different versions of himself. Now that is torture. Except that he killed just about every version of himself. Yikes. We really aren’t sure how he got that he was a good guy from that.

Maeve is a Queen

Maeve seemed to be all over the map. But the one thing we knew for sure was that she was going to handle whatever situation got thrown at her. The way she was cool, calm and collected when faced with Nazis for what we think was the second time? Iconic. We certainly stan a queen. And while her mission right now is to take on Dolores, we aren’t sure that’s actually what’s going to go down. Wouldn’t it just be the icing on the cake to have Dolores and Maeve team up and take Serac down? Sure, it’s a total long shot but with this show, we believe it’s a possibility. The whole enemy of my enemy thing? Though that might have gone out the window the moment Charlotte (Dolores) killed Hector. Rude.

Watching Maeve fight is nothing short of majestic. Her style is a thing of beauty and she always manages to take on groups without a single hair going out of place. Now, that’s what we call impressive. Something else that never ceases to amaze us is how aware Maeve is of everything going on around her. No simulation can fool her! She has this entire system on lockdown. So if it does come down to Maeve locked into an epic battle with Dolores, then things are going to get really crazy. Because that’s going to be one hell of a battle.

Is Dolores The Villain

Okay, so it might be time to admit that Dolores is the villain of this world. Or maybe the villain of the entire series. But even if that is the case, she certainly isn’t the only one. Hell, she isn’t even the worst one. So when you’re in a world surrounded by villains, how do you choose which one you’re going to side with? Because if we are going based on a bad-ass factor, we just have to side with Dolores. And we aren’t even sorry for that choice. On top of that, regardless of what side she’s on, we’re pretty sure it’s the side that’s going to win. Pretty sure.

Do you think it’s possible that Maeve and Dolores could end up on the same side of things? How do you think William is going to play into the finale? Did seeing all the versions of himself collectively make you feel differently about him? How do you think everything is going to end? Who will come out on top when all is said and done? Do you have any theories? Find and follow us on Twitter @capeandcastle to share all of your thoughts and join the Westworld conversation! Be sure to check out our site for more articles on all things Disney, Marvel, Star Wars and more!